President Donald Trump tweeted Tuesday morning that the American people should not be afraid of COVID-19, even though the disease has taken nearly 210,000 lives nationwide. While Trump’s messaging may come from directly from his Twitter feed, those in the president’s closest circle are also adopting a heroic and positive tone when it comes to addressing 45’s infection.

“There’s nothing noble about getting corona because you refused to be safe. But they’re claiming Trump has gained valuable experience from personally being infected with the coronavirus, well what exactly is it that Trump has learned?” asks The Daily Show host Trevor Noah.

Noah, along with Jimmy Kimmel and Seth Meyers, dug into how Rudy Giuliani, Kayleigh McEnany, Erin Perrine and more of the president’s advisors are turning the story of the president’s bout with the deadly disease into one of strength and courage.

During his “A Closer Look Segment” on Tuesday night, Meyers criticized a number of Fox News personalities and Trump admins for playing Trump’s diagnosis against Joe Biden’s time spent quarantining in his basement. The Late Night host scoffed that Trump’s strength and health aren’t worth celebrating given that the President contracted the disease months after downplaying the effects of COVID-19 and not encouraging masks and social distancing.

When discussing how Fox News and the Trump administration handled the President’s sickness and return to the White House Noah had this to say: “You can almost appreciate the balls of the Trump campaign.”

Kimmel poked fun at Fox News as well, mocking its “original spin” on the COVID-19 story and calling it “so stupid it’s almost genius.” He said that with nothing else to excite supporters, the Trump administration’s just running with the idea that the President is more qualified to speak on how to contain the virus, after having contracted it.

The host went on to share a fake Trump campaign video that endorses the former reality television star using the same line of logic as those in the President’s closest circles. The video joked that given Trump’s experience with bankrupt businesses he’s the best to get shuttered stores out of financial distress, that his “fradulent” Trump University taught him the pain of student debt and so on. 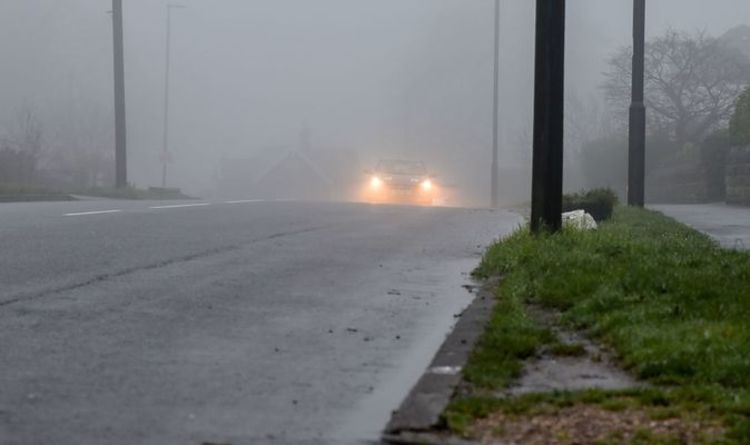 UK weather: Fog and low visibility to cause travel chaos as mercury plunges to -4C
14 seconds ago

UK weather: Fog and low visibility to cause travel chaos as mercury plunges to -4C

‘Cheer’ Coach Vontae Johnson is Above the Drama
3 mins ago

Stars Who Played Matchmaker for Their Friends: Taylor Swift, Nicole Richie
5 mins ago