New Bedford, Massachusetts, was once a wealthy centre of the energy industry, sending out ships to hunt sperm whales whose oil illuminated the lamps of the 19th century.

The small city is now among the northeastern US state’s poorest and seeking an energy renaissance — as a place to piece together parts for huge wind power complexes planned in ocean waters.

The White House is soon expected to approve Vineyard Wind, the first commercial-scale offshore windpower project in the US. Assembling its 64 towering turbines would give New Bedford an economic boost.

The project will also be an early test of President Joe Biden’s aim to create “good-paying, union jobs” while driving US carbon emissions down by half in this decade, as pledged at his international climate summit this week.

Delivering well-paid jobs is a political prerequisite to Biden’s goal of a carbon-free power sector by 2035. His agenda threatens fossil fuel workers who are generally paid more, and are more widely unionised, than workers in solar or wind power, according to data from the US Energy and Employment Report. Lasting energy policy changes are likely to need support in Congress, including from lawmakers such as Senator Joe Manchin, a Democrat from coal-rich West Virginia.

The offshore wind sector will be an entirely new industry in the US, with rows of white turbines sending power to markets on the coasts. The Biden administration last month laid out a vision for 30 gigawatts of offshore wind to be installed by 2030, creating 77,000 jobs — about the same number of jobs that are connected to Europe’s offshore wind sector, where 25GW of capacity is already installed, according to the trade association WindEurope.

“There is a huge opportunity in offshore wind,” said Philip Jordan, a vice-president at BW Research who studies energy employment. “It is a big, big potential job creator.”

Most of the jobs are in building, rather than operating, wind facilities. A University of Massachusetts Dartmouth analysis of the 800-megawatt Vineyard Wind project estimated that 83 per cent of the 1,180 full-time positions required would be temporary construction jobs.

Yet the total number of projects already in the pipeline could provide years of construction work, Jordan said. East coast states have already approved almost 12GW of offshore wind power purchases from developers led by European companies such as Orsted of Denmark, Equinor of Norway and in the case of Vineyard Wind, a subsidiary of Iberdrola of Spain and Copenhagen Infrastructure Partners — enough to supply about 4m homes.

The lifetime cost of new offshore wind projects tumbled as the industry blossomed in Europe in the past decade, but it remains well above onshore wind, utility-scale solar or combined-cycle natural gas power plants, according to the Energy Information Administration. States with carbon targets of their own have driven demand for offshore wind projects through public procurements.

The states view offshore wind as more than just a source of clean electricity. They picked developers that featured plans to hire unionised labour, use locally manufactured parts and aid poor or polluted neighbourhoods.

“One of the major tensions is how the states balance desire for localisation, and maximisation of economic benefits, with cost of delivered energy,” said David Purcell, director at the Renewables Consulting Group.

Massachusetts utilities will buy the power from Vineyard Wind under terms set by a state law that contains no special labour contracts. The state’s latest offshore wind bid solicitation gives 70 per cent weight to the price of energy and 30 per cent to economic benefits including pledges to use ports such as New Bedford, where wind turbine parts will be sorted and loaded on to vessels that shuttle to offshore construction sites.

“We’ve pursued offshore wind because we see it as a generational opportunity to attract capital to New Bedford, in an era when it’s a very tough thing to do for cities that are not part of major metros,” said Jon Mitchell, mayor of the city of 95,000.

Gary LaBarbera, president of the New York State Building and Construction Trades Council, praised the provisions, saying that they would ensure that well-trained, highly skilled workers would keep projects on schedule and on budget. “I believe the cost impact will be neutral,” he said.

It will take years to test his assertion in a state with historically high construction costs for public works. New York will pay the first two contracted offshore projects a $25 a MW-hour premium above wholesale electricity prices, though the state government said the projects would add less than a dollar a month to customer bills.

Gina McCarthy, the US national climate adviser, spoke in March of “massive turbines that are actually manufactured in the United States” and “special ships that need to install these new structures” to be built in US ports. But the federal government must first approve a critical mass of offshore projects for her vision to become a reality.

The leading turbine manufacturers General Electric, Siemens Gamesa and Vestas have no offshore wind plants in the US. The more than 800ft tall Haliade-X turbines selected by Vineyard Wind are made in France by GE, even though the company is headquartered in Boston.

“We are pleased to see the momentum for offshore wind in the US,” GE said. “We will continue to evaluate market conditions — including the presence of the type of sustained demand over time that is needed to ensure that any facility is fully utilised — in determining the best way to support our customers.”

With some turbine rotors longer than a football pitch, the size of offshore wind equipment could force investment in port cities to handle equipment too big to move over rails or roadways.

New York’s contract terms led Equinor to choose the port in the state capital Albany for the manufacture of turbine towers for its Empire Wind and Beacon Wind projects, which are jointly owned with BP. Prevailing wage and project labour agreement requirements will apply to the port, a state spokeswoman said.

New Jersey intends to convert a quayside parcel into a “wind port” where equipment can be marshalled for Orsted’s Ocean Wind and other projects. Germany-based EEW recently broke ground on a manufacturing plant for turbine bases at a New Jersey river town known mainly for its oil refinery.

Shipping turbine components from shore to sea is complicated by a 101-year-old law known as the Jones Act, which requires all vessels travelling along the US coasts to be built and owned by a US company. No wind turbine installation vessels meet this criterion, though the Virginia-based utility Dominion Energy has ordered one for $500m.

In the interim, Vineyard Wind plans to hire union seafarers to pilot US-flagged feeder vessels from New Bedford to a Belgian-owned installation ship that will perch on legs standing on the sea floor.

Xodus is among the businesses pursuing an opportunity in US offshore wind. Based in Scotland, the company opened the Boston office last year and has now hired staff in New Bedford.

Stock futures are flat after the Dow closed at a record

Send at least one member from each family to Delhi border: Punjab farmer organisations 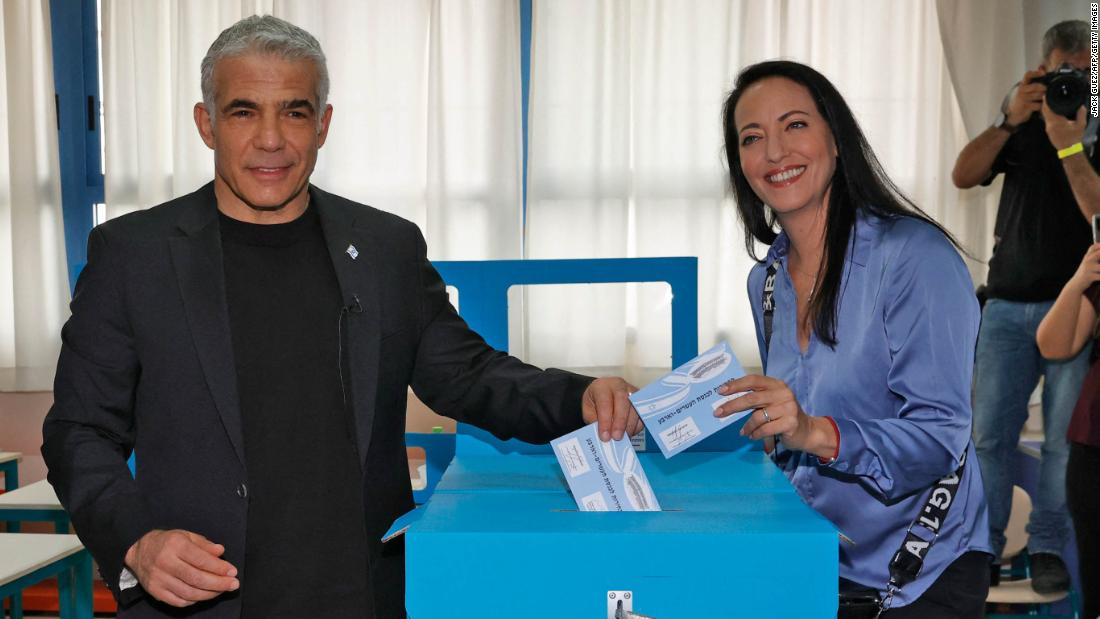 Yair Lapid gets mandate to try to form next Israeli government 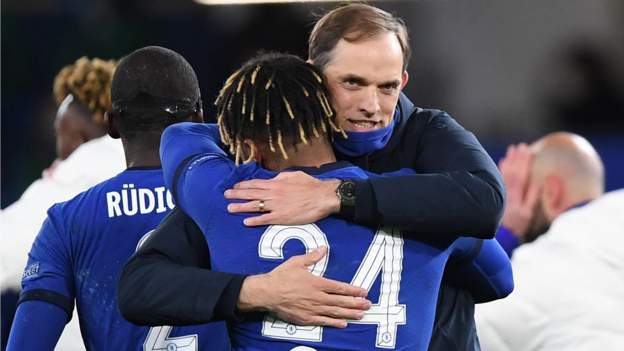 Man City are the benchmark – Tuchel
4 mins ago 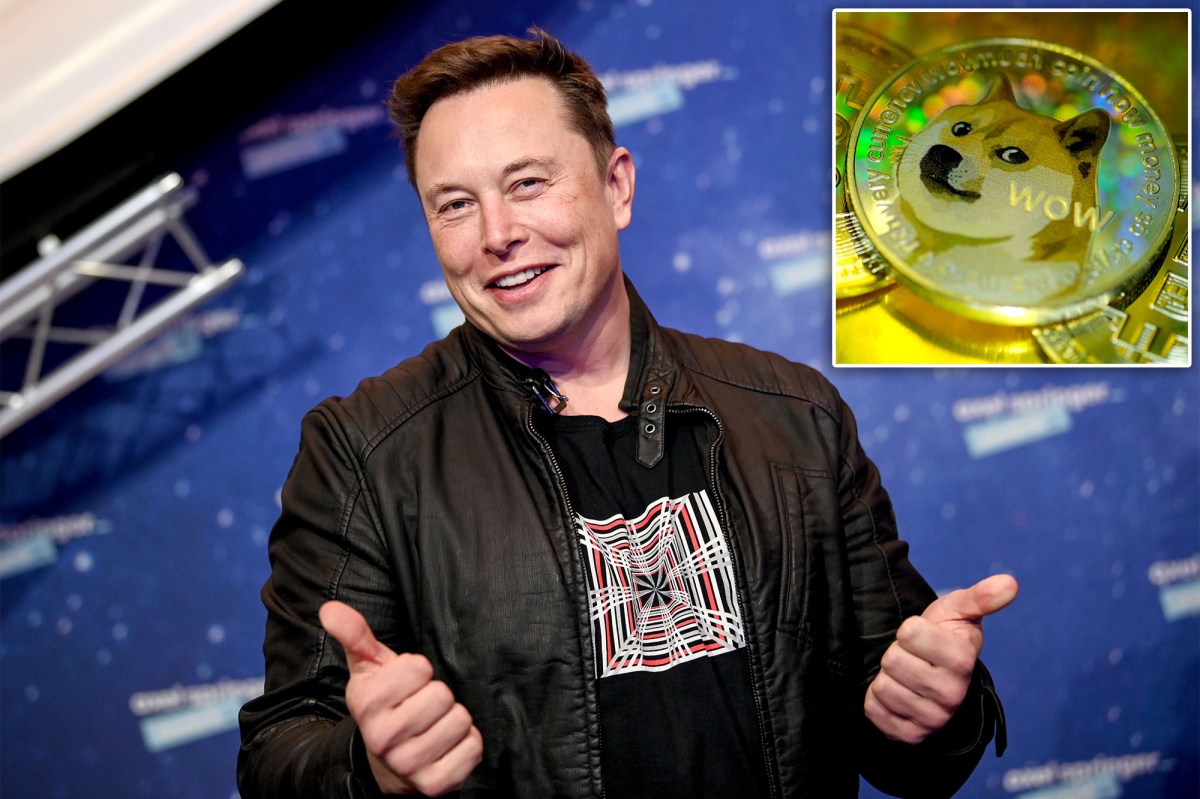 J.J. Abrams Won’t Direct the ‘Superman’ Remake, But Will Have a Large Footprint on the DCEU
8 mins ago

J.J. Abrams Won’t Direct the ‘Superman’ Remake, But Will Have a Large Footprint on the DCEU