This article is an on-site version of our Energy Source newsletter. Sign up here to get the newsletter sent straight to your inbox every Tuesday and Thursday

One thing to start:

Welcome back to another Energy Source.

The risk of a record-smashing oil price leap over the summer appears to be waning, for now at least. Brent crude prices plunged below $100 a barrel yesterday, about $40/b below their highs earlier this month.

Massive releases from government-held strategic stockpiles across the US and Europe have helped cool prices and eased worries about a coming supply crunch. At the same time, lockdowns in Shanghai, China, which could spread more broadly across the country as Beijing combats a Covid-19 outbreak, are hitting demand in the world’s second-biggest crude consumer.

Bank of America’s Francisco Blanch, one of Wall Street’s most bullish analysts, on Monday lowered his price forecast for this summer to about $120/b. He had been warning that prices were likely to soar past the 2008 record of $147/b in the coming months. Still, with supplies tight and Russia’s war in Ukraine raging, oil is in for a tumultuous summer.

On to today’s newsletter. The Energy Source team was in Houston last week for our first in-person conference. We had a great time seeing everyone there — and those who were watching online. Thanks to everyone!

Up on stage and in conversations around the St Regis Hotel we detected a shift in mood. Oil executives had some (cautious) praise for the Biden administration, while renewables bosses were sounding increasingly frustrated with the president. Amanda has a bumper Data Drill, including the numbers behind the American west’s extreme drought and polling showing high fuel prices may be pushing climate change concerns down the agenda.

Join us at our inaugural US FT Weekend Festival in Washington, DC (and online) on May 7. Explore the full lineup and register here.

President Joe Biden entered office about 15 months ago promising to start transitioning America off fossil fuels while rapidly expanding the country’s clean energy industry. As boxing legend Mike Tyson once put it: everyone has a plan until they get punched in the mouth.

An energy crisis brought on by the coronavirus pandemic and Russia’s invasion of Ukraine, combined with gridlock in Congress — where Biden needs help passing his top climate change-combating priorities — has scrambled the White House’s energy agenda.

That big shift in American energy was on display as our team gathered for Energy Source Live last week. Oil and gas executives cautiously embraced the administration’s newfound appreciation for fossil fuels, while clean energy bosses bemoaned a lack of progress and what they saw as self-inflicted setbacks.

“We need to applaud the change in direction that the administration has put out there,” said Toby Rice, chief executive of the US’s biggest natural gas producer EQT. “A lot of people could say: ‘We told you so — we need hydrocarbons to run the world.’ But I don’t think there’s any room for that.”

As America’s European allies scramble to wean themselves off Russian gas, the White House has presented US exports as a viable alternative. Biden in March struck a deal with European Commission president Ursula von der Leyen that would try to guarantee demand for American liquefied natural gas exports as a replacement for Russian energy.

Meanwhile, the president has called on US oil producers to raise crude production to cool soaring petrol prices that are costing him political support.

Oil and gas executives have also welcomed a recent retreat by the Federal Energy Regulatory Commission on sweeping proposals that would have significantly tightened environmental rules in the permitting process for new natural gas infrastructure.

“I think the conversation has changed,” said Steve Kean, chief executive of Kinder Morgan, one of the country’s biggest pipeline companies. “We need to get our carbon emissions down. But we also have to be able to feed a global population and you don’t do that without access to affordable and reliable energy.”

The softer tone from the Biden administration on US oil and gas production comes as rising petrol prices and a global energy supply crunch deepen fears of economy-wide inflation. This poses a significant threat to Democrats just months ahead of midterm elections that appear likely to tip the balance of power in Washington to the Republicans.

“The single thing that voters know is the price of gas,” said Heidi Heitkamp, the former Democratic senator from North Dakota. “So now we’ve got a political problem.”

While embracing the shift in tone, the oil and gas executives argued the administration had still not gone far enough in supporting their industry.

Bill Berry, chief executive of the shale oil and gas producer Continental Resources, said that despite the pivot, the administration’s “actions still fall short”, pointing to its decision to halt new leasing on federal lands.

In particular, the industry lacks political support for gas beyond this decade — which is crucial to the sector’s ability to expand supply now — Rice said.

Clean energy executives and investors, meanwhile, raised the alarm that the president’s renewable energy push is at risk of collapse.

A decision from Biden’s Commerce Department to open an investigation into whether solar panel manufacturers were skirting tariffs — which industry leaders say threatens the rollout of clean energy infrastructure — was “disappointing”, said Sandhya Ganapathy, chief executive of EDP Renewables.

“A lot more can definitely be done in order to just ease the pressure on the manufacturer so developers and manufacturers can focus on what they need to do — which is put more steel into the ground,” she said.

“Nobody is going to build any new solar capacity here in the US in order to fulfil the administration’s or even local policymakers’ objectives,” said Jacobs. It was another “unforced error” from the administration, he said, that could have “severe” consequences for the solar rollout.

One area on which fossil fuel and clean energy executives seemed to agree was that more clarity was needed on policy, saying mixed signals were deterring investment.

“There is no real national energy policy. It means there’s a fragmented federal response that gets in the way of real progress sometimes,” said Nancy Pfund, an experienced clean energy investor and founder of DBL Partners, a venture capital firm backing an array of cleantech companies.

Gas tycoon Charif Souki, chair of Tellurian LNG, which is hoping to build a big new export plant on the US gulf coast, agreed: “We need an energy policy, that would be a good start.” (Justin Jacobs, Derek Brower, Myles McCormick, Amanda Chu)

1. The western US is facing record drought

The western US is experiencing its worst drought in more than two decades. A new climate report from the National Oceanic and Atmospheric Administration found that over 90 per cent of the western US can be classified as being under drought conditions, with over a third of the region experiencing extreme or exceptional drought.

In its spring outlook, NOAA said it expects the drought to expand as temperatures warm and the region continues to receive below-average precipitation. California and Nevada recorded their driest months on record for the first three months of 2022. The agency warns that the prolonged drought will further strain water supplies, disrupting industries from agriculture to hydropower.

Climate concern is dwindling among US adults. Only 37 per cent of US adults are “very concerned” about climate change and its impacts, down from a high of 46 per cent last summer, according to Morning Consult’s Energy and Climate Tracker.

The decline in concerns over the climate comes as petrol prices have soared to record highs and rampant inflation strains household budgets. While prices at the pump have retreated in recent weeks, they remain up 44 per cent year over year, according to American Automobile Association.

“This immediate concern over personal financial wellbeing can blunt other longer-term concerns such as the environment and climate change as many consumers are more focused on their personal struggles for the time being,” said Lisa Whalen, an analyst at Morning Consult.

The pernicious, delayed nature of climate change is one of the reasons why it’s so difficult to galvanise action around the issue. In addition to climate concern being lower down on people’s priority lists, Morning Consult found that confidence in the country’s ability to reduce emissions remains low. Only 10 per cent of US adults feel “very confident” that the country will cut emissions and slow the effect of climate change in the next decade. (Amanda Chu)

Energy Source is a twice-weekly energy newsletter from the Financial Times. It is written and edited by Derek Brower, Myles McCormick, Justin Jacobs and Emily Goldberg.

Trade Secrets — A must-read on the changing face of international trade and globalisation. Sign up here 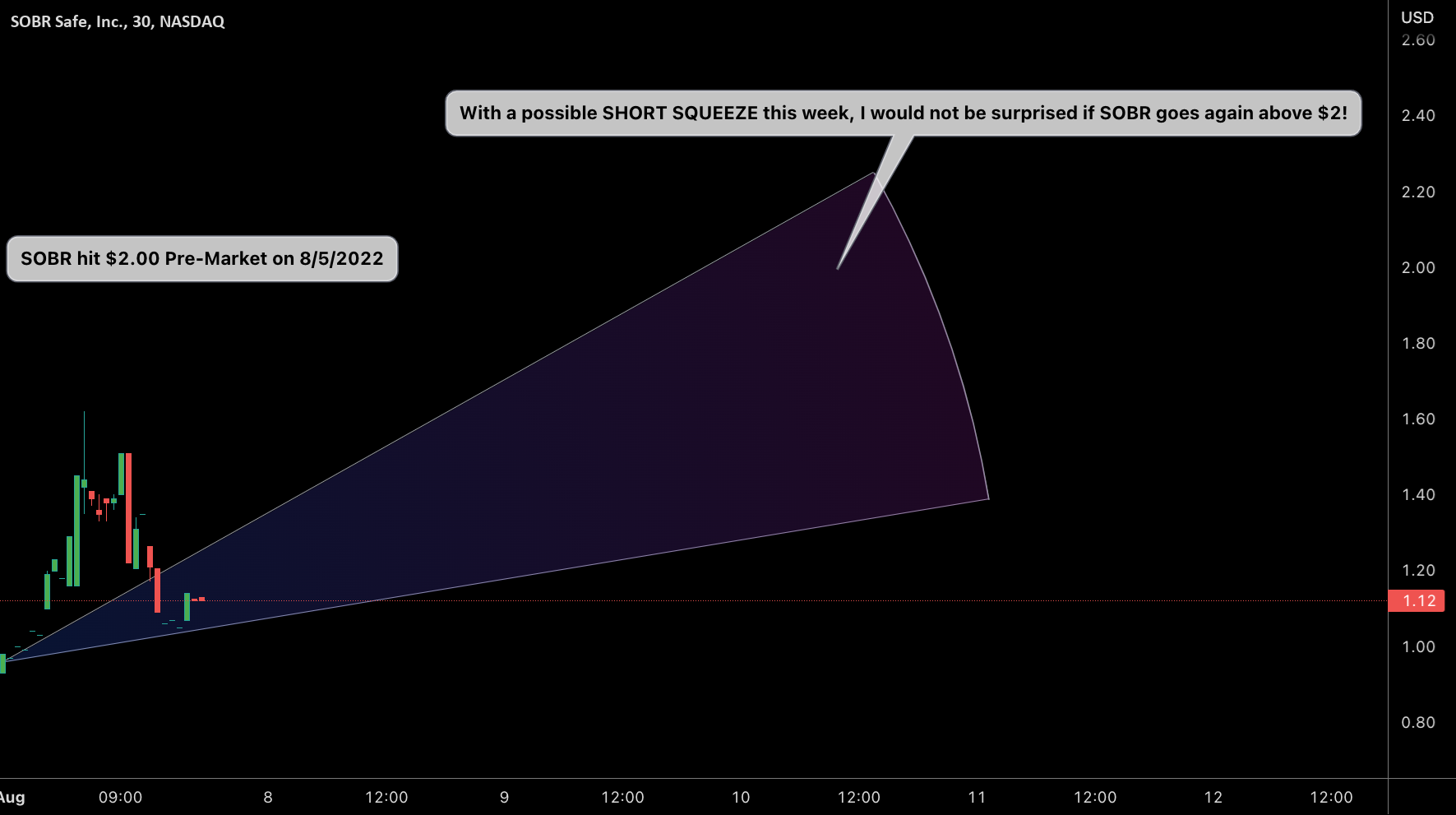 SOBR the number 1 Candidate for a SHORT SQUEEZE this week! for NASDAQ:SOBR by Bullishcharts 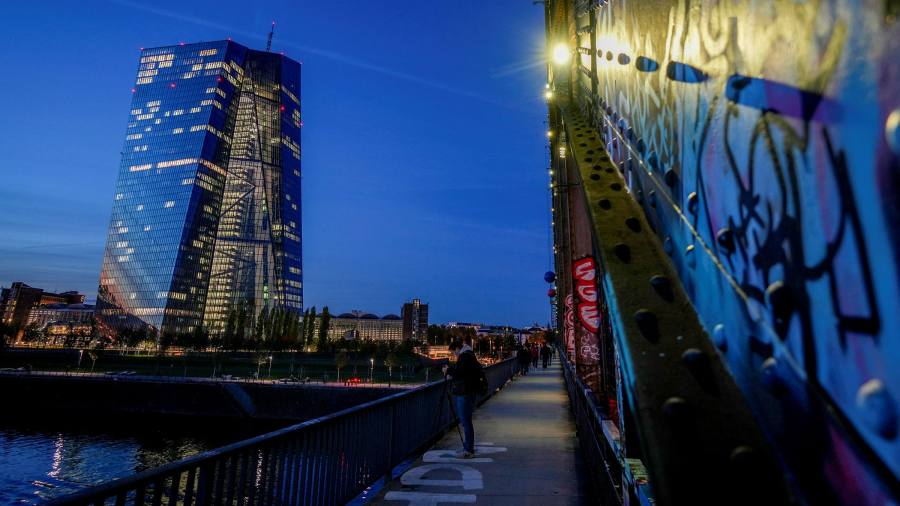