Bonuses are back and investors in British companies are ready for battle.

Leading shareholders have told the Financial Times they expected companies to behave with restraint when awarding executives this year as the cost of living crisis leaves many of their workers worse off.

“Pay is always a sensitive topic but it’s brought into particular focus at times like this when wider society and the companies’ own employees are feeling the pressure,” said Amy Wilson, UK engagement lead at Federated Hermes, which manages $624bn in assets.

This year is set to be particularly problematic for boards as some bonuses have reached record levels, boosted by easy-to-hit targets set during the pandemic, even as many staff have been offered below inflation pay rises.

Neville White, head of responsible investment policy and research at EdenTree Investment Management, said there had been a strong rebound in “bonus culture . . . much of which we find unjustifiable in the midst of an economic downturn”.

But some executives are preparing to argue that they need to be careful about curtailing pay too much given the need to attract and keep the best candidates for top roles.

With some executives being offered higher pay in privately owned businesses away from public scrutiny, and many companies with large international businesses faring well despite the recession facing the UK, chairs said they needed to base pay on performance rather than politics.

Romi Savova, chief executive and founder of PensionBee, said “there are pockets in the market that need to restrain pay, especially if it has been artificially inflated by the effects of war, interest rate rises and energy shortages”.

But she added: “We must also reward and incentivise hard work, so there is a balance to be had and each company will need to make decisions that ultimately reflect the fairness all of their stakeholders would expect.”

Martin Sorrell, executive chair of advertising start-up S4 Capital, said incentives at his company would be based on performance. “We will rise and fall on that basis.”

Sorrell pointed out that just 5 per cent of S4’s 9,000 staff were in the UK, which meant bonuses across its workforce would not be penalised by the performance of just one country.

He added that pay would be as restrained as possible given the economic slowdown in the UK and other countries, but said S4 was different from some listed companies given the large shareholdings held by its senior managers. “The tension will be on those managers paid in restricted shares, options and cash bonuses.”

The chair of another London-listed company looking to recruit a divisional president for the US said it had been “impossible to get close to the required compensation, within the UK pay restraints. This is a big problem because North America is our fastest-growing and largest region.”

Another company chair similarly complained that despite most of its competition being in North America, its senior leaders were paid “the equivalent of a regional manager in Oklahoma”.

An analysis by PwC found pay in the FTSE 100 for the 2022 AGM season recovered to above pre-pandemic levels in most sectors, and was at a more than five-year high overall, with average chief executive wages increasing by more than a quarter year on year.

Payouts have been boosted by bumper bonuses, with about 85 per cent of the maximum paid out, significantly above the typical pre-Covid payout level of 70-75 per cent.

Caroline Le Meaux, global head of ESG research, engagement and voting at Amundi, Europe’s largest asset manager, said: “The salaries of UK-based chief executives can be high compared to their counterparts in continental Europe. The acceptability of very high pay will be more difficult because of high inflation and the cost of living crisis.”

She added that the “living wage will be the most important thing in the UK this season”.

Global wages have fallen in real terms this year for the first time since comparable records began, the International Labour Organization said this week.

“We want to know what companies are doing to support lower-paid workers,” said Tim Goodman, head of corporate governance at Schroders, pointing to initiatives such as one-off bonuses, pre-pay day financial assistance or supermarkets giving away free food to employees.

PwC predicted shareholders would more closely scrutinise executive salary increases for 2023, even if they were aligned with the wider workforce, given these would still lead to a higher monetary impact. It said companies would need to justify any “windfall” gains for executives where they have experienced significant share price increases that were not due to management actions.

The Investment Association, which represents the fund management industry, has also called for pay packets of senior leaders of FTSE companies to be kept in check.

Investors said executive pay in sectors such as retail and hospitality — which have large, low-paid workforces — and energy were likely to come under particular scrutiny.

BP and Shell have recorded historic profits, buoyed by continued high energy prices following Russia’s invasion of Ukraine in February. This comes as energy bills for households soar, increasing pressure on the government to extend the windfall tax on oil and gas companies.

“Management of upstream energy companies whose compensation is linked to profits might be expected to have a good year,” said Andy Howard, global head of sustainable investment at Schroders. “But this was driven by exogenous events, such as the war in Ukraine, rather than corporate strategy and so boards must be sensitive to this.”

Even the UK prime minister has been pulled into an increasingly politically charged debate. Speaking at the G20 summit in Indonesia, Rishi Sunak said executives should “embrace pay restraint at a time like this and make sure they are also looking after all their workers”.

Sir John Parker, chair of Laing O’Rourke, argued Sunak was “right, given where our economy is positioned, to seek support from all who are privileged to lead. Moderation is called for.” 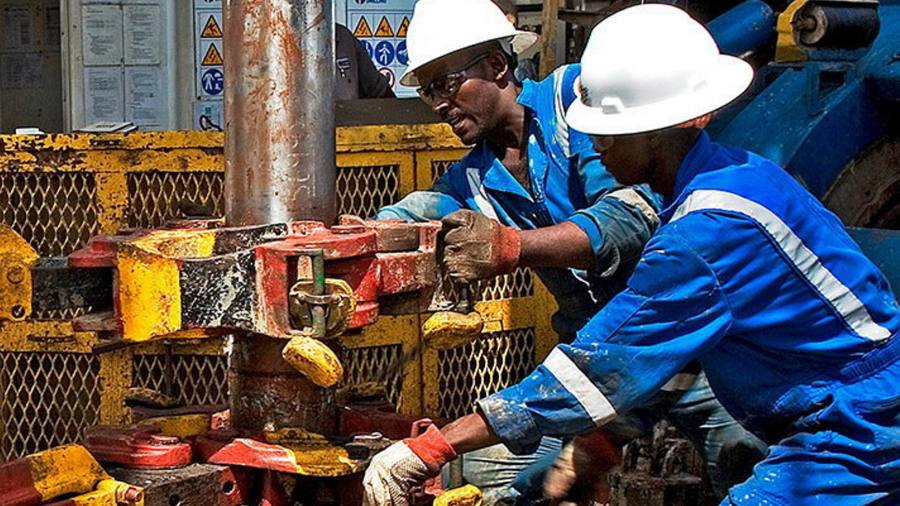 Tullow Oil: the end of an era for exploration and production