Sesame Solar CEO Lauren Flanagan was a Software-as-a-Service (SaaS) pioneer who worked with Apple co-founder Steve Jobs during his NeXT days. And she’s been in a leadership role at the women-focused startup accelerator Springboard Enterprises. Technology shapes Flanagan’s career.

But it was watching the harrowing conditions at darkened hospitals, nursing homes and grocery stores in the wake of 2005’s Hurricane Katrina that accelerated this entrepreneur’s most recent career update: climate-friendly, technology-enhanced “nanogrids.”

The next-generation portable power grids that Sesame Solar argues can come together on site nearly as easily as Lego building blocks rolled out to wider use this month.

Flanagan and her team believe they have the first-to-market integration of mobile solar and green hydrogen power generation that’s especially intended for emergency situations. The addition of wind power, depending where in the country the unit is deployed, is also an option.

According to the United Nations, 560 catastrophic weather events are expected to happen each year by 2030, shutting down power and costing lives and billions of dollars globally. In 2021 alone, these weather crises cost $343 billion of economic loss. As organizations and governments work to prepare for the next climate disaster, a central challenge is bringing connectivity to impacted communities in a fast, flexible and, increasingly, fossil-fuel-free way.

Read: Why you, and your wallet, must get used to heatwaves

“While we can’t stop hurricanes or wildfires from happening, we can create solutions that help communities recover efficiently without causing further damage to the environment,” said Flanagan.

Portable generators aren’t new, but their typical diesel engines are adding to a warming atmosphere with the greenhouse gas emissions they give off. It’s just those GHGs that are intensifying the hurricanes, floods and heat that can knock out power and place communities in sudden need of emergency generators in the first place.

before it, hydrogen has been around as an alternative to the polluting coal or less-polluting, but still controversial, natural gas
NG00,

that powers the nation’s electricity grid. Green hydrogen (versus gray hydrogen or blue hydrogen) has also been tagged as a resource for cleaner fleets of buses and cargo trucks.

Recently, the push for investment to make green hydrogen commercially viable across locales and use-cases, including pumping it through natural gas pipelines, has surged. That’s particularly true as much of the globe looks to slash greenhouse gas emissions to zero by 2050 and will need a deep bench of energy sources to get there.

The Sesame Solar nanogrids, which roll onto site thanks to a tow from a pickup truck, can provide continuous electricity for up to several weeks. They are a good fit right now for medical centers, communication and essential service centers (such as post-disaster gathering spots and rest areas), emergency offices, temporary classrooms, construction sites, clean-water stations, food and laundry providers, or to bring in easily accessible charging for personal tech devices and electric vehiclesTSLA.

Flanagan said her company has a Ford
F,

electric pickup both on order, and is anxiously awaiting the delivery of either to continue to prove to customers how easily the nanogrids can be towed to the sites that need power. EV trucks in particular have seen early demand outrun supply as components have been impacted by supply-chain delays.

The company’s inclusion of green hydrogen in its power mix shows a use-case for the alternative energy that expands thinking behind its early popularity to power public transportation, freight trains or a fleet of semis.

“I think that green hydrogen has the power to be very widely used and widely deployed. It’s just until now, it’s been complicated,” Flanagan told MarketWatch. “And to make it green, you need a lot of solar power and that’s really what we’re innovating at Sesame Solar.”

How does hydrogen power the mobile grids?

“We actually make the green hydrogen on the fly. We have electrolyzers inside our nanogrid and it goes in solid-state storage tanks,” she said, referencing  a system that uses electricity — solar powered in this case — to break water into hydrogen and oxygen in a process called electrolysis.

“They’re very safe because they’re low pressure, less than 300 pounds per square inch (PSI). So that’s like an aerosol can — hairspray,” she added. “So you have two inputs to power the battery: solar and green hydrogen. That way you don’t need so much battery storage, and that allows it to be mobile.”

“‘I think that green hydrogen has the power to be very widely used and widely deployed. It’s just until now, it’s been complicated.’ ”

The selling point of these units is their mobility. But they also exemplify the kind of out-of-the-box thinking that will be necessary to help upgrade a strained national power grid — a grid that will only see more demand pressure as electric vehicle charging
TSLA,

In fact, EVs are already being thought of as a potential source to send their extra power back to the grid using what’s been coined “vehicle-to-everything” technology (V2X).

Read: EVs can store power for our homes and the grid: Why ‘vehicle-to-everything’ technology is a must-follow investing theme

Could the Sesame Solar nanogrids send back what they aren’t using or fortify electricity availability even when there’s not a disaster?

“Absolutely,” said Flanagan. “I mean, we can be grid-tied, though we’re designed to be off-grid because you typically need us when the grid is down.”

The Air Force, she detailed, is using some nanogrids to have on hand as power sources at base medical facilities to help meet a federal mandate for energy resiliency.

Flanagan said long-term cost and cost savings from these units is hard to predict and is evolving. The elimination of longer-term battery storage and the reliability of these “self-charging” nanogrids in case a city’s power outage is extended are the value-add that can be hard to quantify.

As for the energy used, alternative energy tends to cost more up front in capital outlays. But when you combine multiple sources of energy — solar plus green hydrogen plus wind — that’s a far lower cost per kilowatt, an estimated 25% less than when fossil fuels are the source.

And next? Flanagan says her industry should evolve to rethink of mobile power as mobile renewable power as a service, much like her early tech days in rethinking software as cloud-based SaaS.

“I think that will really be a breakthrough in the market,” she said. “You’re just sort of using what [power] you need to just meet demand. Not too much more, not too much less. Just right. And that’s a new economic model.” 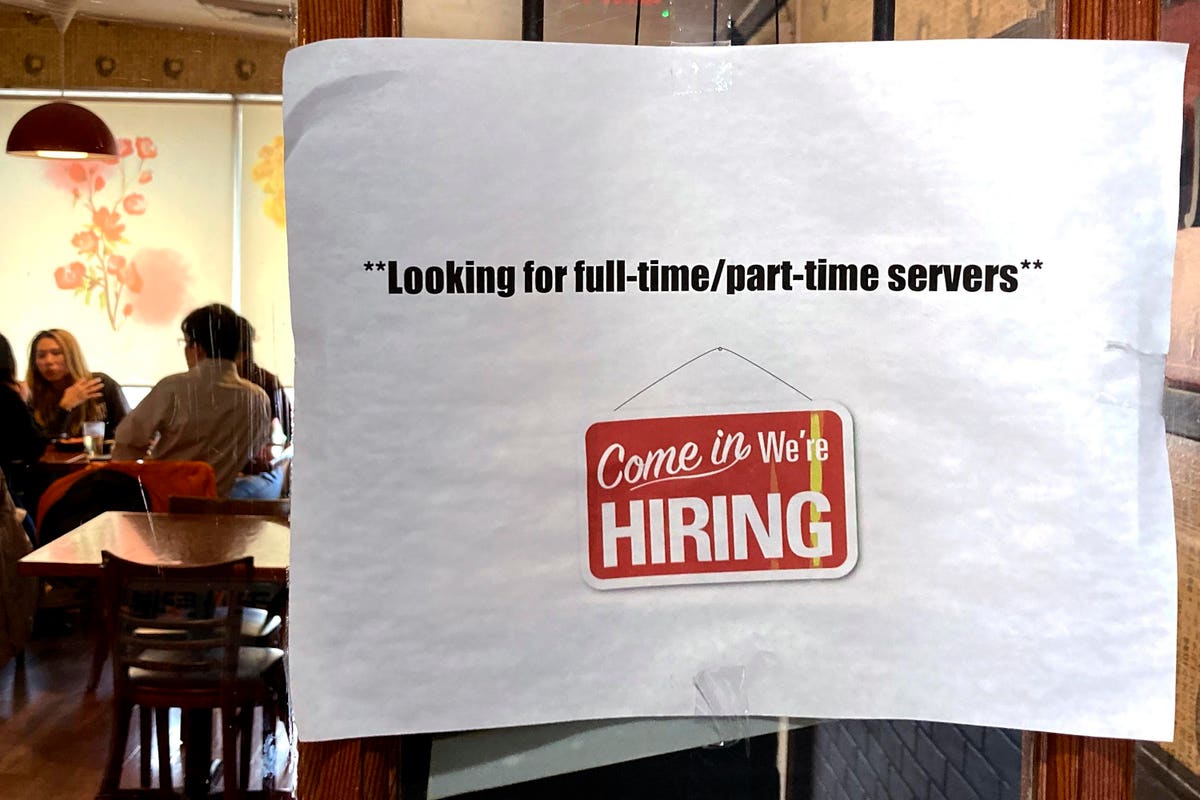 Many Indicators Imply A 2023 Recession, The Jobs Market Disagrees

Selling JD into strong resistance. for NASDAQ:JD by Saxo