Through bull markets and bear markets since 1900, stocks have provided historical returns of about 10% a year, far better than other asset classes like bonds, commodities, and bank savings accounts. Last year the S&P 500 was up 28% and returns have been double-digit for five of the past six years. Coming off such a big winning streak, it’s instinctual to be fearful of payback. Throw in the rocky start for stocks in 2022 and the geopolitical wildcard of Russia’s invasion of Ukraine, and you get huge uncertainty, which the market abhors.

Although the inclination is naturally to avoid risk, widespread pessimism showing up in investor surveys is an indication that it may be a good time to buy, and I suggest dividend stocks for two big reasons: they pay you to own them, and companies that have paid dividends for decades are very likely to stay in business and keep on rewarding shareholders with higher payouts.

Dividend-paying companies that have low levels of debt and consistent cash flow are the kinds that survive tumultuous times. Even if price appreciation is not immediate, you still earn a respectable stream of income and get paid to wait for capital gains. If you elect to have dividends automatically reinvested in more stock, you scoop up more shares when prices are low.

Below you’ll find six reliable dividend-payers that have the history and financial stability to keep on making money regardless of what the world throws its way. They all produce ample cash flow to keep on paying rising dividends, and they all trade at discounts to historical valuations. This does not mean that prices of these stocks will go straight up, but over time and through multiple cycles of boom and bust, and war and peace and war, the value of the business along with its earnings will trend higher.

Crude oil recently topped $100 per barrel, and the surge in prices has been good news for the entire energy sector, including pipeline operators. Houston, Tex.-based Kinder Morgan operates more than 70,000 miles of pipelines that transport natural gas, crude oil, carbon dioxide, gasoline, and other refined products and chemicals. The Canadian segment operates the Trans Mountain pipeline system which transports crude oil and refined petroleum products from Edmonton, Alberta to marketing terminals and refineries in British Columbia and Washington state. Kinder Morgan is the largest handler of ethanol, and it moves bulk products like coal, coke, and steel.

In January, Kinder Morgan reported quarterly and full-year results that topped analysts’ estimates on the top and bottom lines. Earnings grew 3.7% and revenue jumped 42% year-over-year in the fourth quarter. Kinder Morgan yields 6.1%, and dividends of $1.08 per year are comfortably covered by $1.95 in free cash flow per share over the past 12 months. Dividends have grown at a 16.5% compound annual growth rate over the past five years. Kinder Morgan expects to raise its dividend 2.8% this year.

Even with the big run in the energy sector and the uptick in Kinder Morgan’s business, shares trade at significant discounts to five-year average multiples of price to sales, earnings, and cash flow. KMI would be a $20.10 stock if it traded at its average enterprise value to Ebitda ratio over the past five years.

The ubiquity of mobile phones and other wireless devices would not be possible without cell phone towers to get data and voice signals where they need to go. Houston-based Crown Castle International owns, leases, and manages nearly 40,000 cell phone towers in the United States, and more than 1,700 towers in Australia. Revenue and profits have climbed steadily since the company was founded in 1994, and sales have grown 12% a year over the past decade. Funds from operations are expected to grow 6% to $7.37 per share in 2022.

Since 2014, Crown Castle has been structured as a real estate investment trust, requiring the company to pay out most of its net income as dividends to shareholders. Over the past eight years, management has hiked the quarterly payout from $0.35 to $1.47 per share, an enviable compound annual growth rate of 19.7%.

Despite Crown Castle’s track record of growth and its generous dividend yield, the stock is also cheap, trading at discounts to five-year multiples of book value, cash flow and other value metrics. Billionaire investors Ken Fisher and Bruce Kovner both find value in Crown Castle, having invested $547 million in shares of the cell tower REIT.

Intel over the past five decades has become a dominant force in the global economy and is about as blue chip as you can get in the technology sector. Founded in 1968, Santa Clara, Calif.-based Intel has long been the leading maker of semiconductors used to power personal computers and a wide array of mobile devices. Intel is developing U.S.-based chip foundries, including one in Ohio, to offset a dependence on fabricators in Taiwan, which may be a long-term benefit toward product self-sufficiency, especially if China keeps on rattling sabers and eventually flexes more muscle in Taipei, the way that Putin did in Ukraine.

Intel in the meantime is expected to face pressure on earnings as supply-chain constraints dent the company’s profitability, and investments in new facilities and research and development take time to bear fruit. This is well reflected in the stock price, as Intel trades at major discounts to five-year average valuations such as price-book value, price to sales, and enterprise value/Ebitda. If Intel were to trade at its five-year average price-book value ratio of 2.9, the stock would be trading at $65, compared to current prices below $50.

Since 2002, Intel has raised its quarterly dividend by a compound annual rate of 15.7% per year, from $0.02 to its current rate of $0.365 per share. Even with its investment in new foundries and significant research and development costs, Intel still produced $2.36 per share in free cash flow over the past year, more than ample to cover $1.46 in annual dividends.

Pittsburgh, Pa.-based Kraft Heinz (KHC) makes and markets food and beverage products that include condiments and sauces, cheese and dairy, and complete meals. Fourth-quarter earnings and revenue came in well above analysts’ estimates, and management indicated that 2022 results should be higher than originally forecast. Warren Buffett’s Berkshire Hathaway
is a big shareholder.

Kraft Heinz has been on the move higher since its positive earnings surprise in mid-February, but the stock still looks cheap compared to historical valuations. For example, it trades 18% below its five-year average price-sales ratio. To match its average valuation on this measure, the stock would trade at $47.70.

Danbury, Conn.-based Ethan Allen Interiors makes furniture and home accessories which it sells through a network of retail stores and via wholesale networks. Revenue grew 16% in the most recent quarter, and earnings jumped 56%. Despite the peppy pace of business, shares trade at substantial discounts to five-year average valuation multiples on measures such as price to earnings, price to sales, price to book value and price to cash flow.

Ethan Allen has paid off all its nearly $200 million in long-term debt since 2010, making the company debt-free today. Free-cash flow over the trailing 12-month period of $3.02 per share covers the $1.16 in annual dividends almost three times over. The company has a habit of paying special dividends in addition to its regular quarterly payout of $0.29 per share, which has grown 52% over the past five years.

In the current supply chain crunch affecting many imported consumer goods from China, it is comforting that Ethan Allen does its manufacturing in North America, with production locations in Vermont, New Jersey, North Carolina, and Mexico.

Chattanooga, Tenn.-based Unum Group (UNM) is a provider of group and individual income protection insurance products in the United States, the United Kingdom, and Poland. It is the largest domestic disability insurer in the U.S., with more than half of its premiums generated from employer plans. The company also offers long-term care insurance, life insurance, and employer- and employee-paid group benefits.

Unum suffered as unemployment soared in 2020, but as more people have returned to work, the company’s outlook has improved. Revenue this year is expected to grow 1.4% to $12.1 billion, with earnings rising 14% to $4.60 per share, which gives the stock a 6.2 price-earnings ratio, 30% below UNM’s five-year average P/E of 8.9. The stock also trades at deep discounts to other valuation multiples, including price-to-book value, price-to-cash flow, and enterprise value divided by earnings before interest, taxes, depreciation, and amortization. If UNM traded at its five-year average price-to-sales ratio, it would be a $36.35 stock, more than 20% higher than current prices.Unum has hiked its dividend at an 11.5% compound annual rate over the past decade, and the next ex-dividend date is coming up at the end of April for a quarterly payout of $0.30 per share. 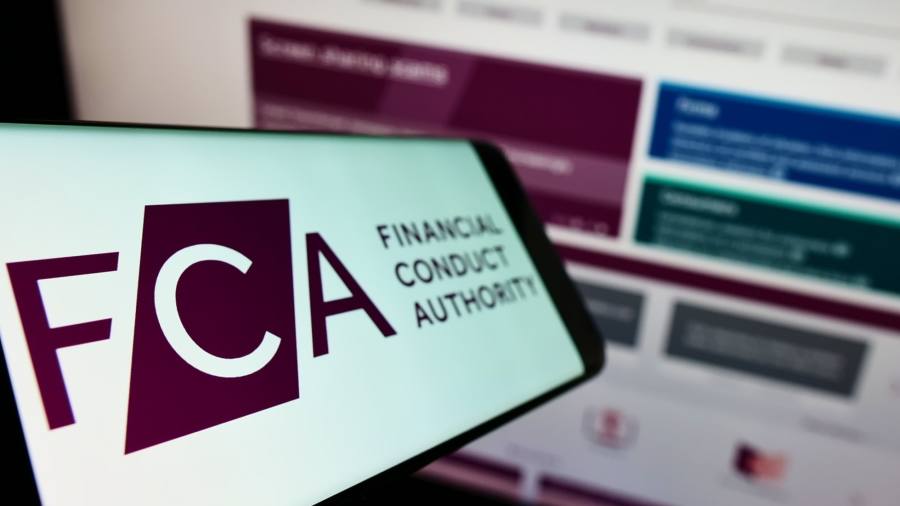