San Francisco’s Bay Area Rapid Transit system is reinstating a face-mask mandate for riders, making it the only big transit system in the region to do so, as it moves to protect at-risk individuals including children.

The agency’s board made the decision at a Thursday meeting, BART said in a statement, and said it would be effective until July 18.

The move came after calls to protect people with underlying health conditions and children under the age of 5, who are not yet eligible for vaccination.

“Free masks are available at station agent booths and from all safety staff for those who need one,” said the statement. Refuseniks may face a $75 fine and be denied service.

BART trains run to Oakland and Berkeley and other locations, largely in the East Bay, as well as to San Francisco International Airport. San Francisco’s main intracity transit system, Muni, has not required masks since April 21.

The BART move comes as COVID cases continue to rise again in the U.S. after their steep decline early in the year, driven by the BA.2 variant of omicron, and two new subvariants that appear to be even more infectious. The two, named BA.2.12 and BA.2.12.1, were highlighted by health officials in New York state recently.

The U.S. is averaging 55,125 cases a day, according to a New York Times tracker, up 50% from two weeks ago. Cases are rising in almost every state and are climbing at the fastest clips in Indiana, Michigan and Wisconsin, where they have almost doubled in two weeks.

The country is averaging 16,564 hospitalizations a day, up 11% from two weeks ago, but still close to the lowest level since the first weeks of the pandemic. The daily death toll has fallen below 400 to 346, on average, but the official death count remains expected to hit 1 million in the coming weeks.

In medical news, the Food and Drug Administration said an advisory committee is set to meet June 7 to examine the benefits and risks of Novavax
NVAX,

Novavax’s protein-based vaccine has been authorized in several countries, including by the U.K. and the European Commission, but has remained under FDA review.

• Denmark has become the first country to suspend its COVID vaccine program, with officials saying the epidemic is under control, CNBC reported. “Spring has arrived, vaccine coverage in the Danish population is high, and the epidemic has reversed,” Danish Health Authority said in a statement announcing the move. Some 89% of the population are vaccinated, but the country does expect there’ll be a need for further shots in fall as the virus continues to mutate.

• Authorities in Beijing continue to work to rein in a massive COVID outbreak and have suspended classes, sealed off businesses and communities, and started mass testing, the Associated Press reported. The city is hoping to avoid the strict lockdown that has paralyzed Shanghai for more than three weeks. The political stakes are high as the ruling Communist Party prepares for a major congress this fall at which President Xi Jinping is seeking a third five-year term to reassert his position as China’s unquestioned leader.

• A study published in the U.K. has found that many severely ill COVID patients were saved from death by the use of extracorporeal membrane oxygenation, or ECMO, in which an artificial device breathes for them. The study of 1,363 people treated between March 2020 and February 2021 found the device was more effective at preventing death than a mechanical ventilator.

• The World Health Organization and Unicef warned this week of a “perform storm” that has led to a 79% increase in cases of measles in the first two months of the year compared with the year-earlier period, and warned that other vaccine-preventable illnesses could also surface. “Pandemic-related disruptions, increasing inequalities in access to vaccines, and the diversion of resources from routine immunization are leaving too many children without protection against measles and other vaccine-preventable diseases,” the agencies said in a statement. The displacement of people from Ukraine, Ethiopia, Somalia and Afghanistan is further exacerbating the problem, they said.

The global tally of confirmed cases of COVID-19 topped 512.7 million on Friday, while the death toll rose above 6.23 million, according to data aggregated by Johns Hopkins University.

The Centers for Disease Control and Prevention’s tracker shows that 219.6 million people living in the U.S. are fully vaccinated, equal to 66.1% of the total population. But just 100.4 million are boosted, equal to 45.7% of the vaccinated population. 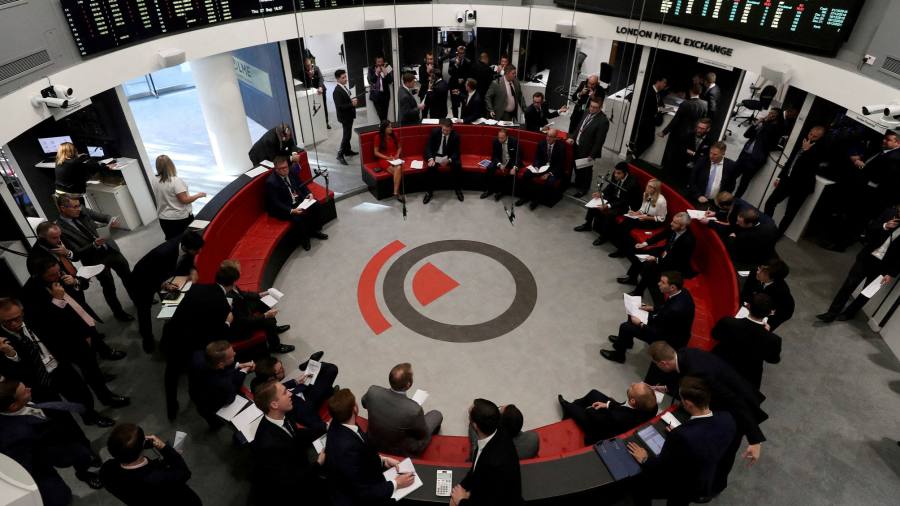 Stock market could see ‘fireworks’ through the end of the year as headwinds have ‘flipped,’ Fundstrat’s Tom Lee says