Members of my CEF Insider service and I always look for big dividends we can collect for the long haul. I’m talking 8%+ payouts here, many of which come our way monthly. (This is possible with CEFs, and these funds’ discounts to net asset value, or NAV, give us some nice upside to go along with those payouts).

By thinking long term, we give our CEFs’ discounts the time they need to close, propelling their share prices higher. (There are exceptions to this, however, such as with covered-call CEFs, which do better when markets are volatile—we tend to swing in and out of these as volatility ebbs and flows.)

Which brings me to the CEFs I want to talk to you about today: those that hold oil stocks. We avoid oil in CEF Insider, for reasons we’ll get into below. But beyond that, now is an especially risky time to invest in oil, after it’s already soared over 42% this year. What’s more, I’m pretty sure I don’t have to tell you that oil has seen massive volatility over the last few years.

Over the last decade, oil has plunged over 87% from its all-time high and then surged over 500% to a new all-time high after that. Yet those moves have minted few (if any!) new millionaires, as the timing required is, indeed, superhuman.

And even with the surge in oil we’ve seen in 2022, you had to be quick on your feet to profit, as energy stocks have more or less traded sideways since their initial jump waned in early March.

Meanwhile, investors who bought in at the top, in June, are now down over 13% and are beginning to underperform the stock market broadly, which is down a hair less since then. This is a return to the norm, as energy is up just 11% over the last decade, a fraction of the market’s 151% return over the same period.

But oil isn’t starting to underperform because of a reversion to the mean, but for a much more important reason: recession fears.

We aren’t officially in a recession, and the Federal Reserve sees GDP growth at a respectable 2.9% in the third quarter. That’s higher than average. But just about everyone expects a recession soon.

Of course, nobody knows if a recession will occur, and how deep one might be. But it’s largely been priced into sectors we currently favor in CEF Insider, like tech, which is down over 36% in 2022, consumer discretionary (down 31.6%), materials (down 23.2%), and financial stocks (down 21.3%). Leaning into the most beaten-down sectors in a pullback is an approach that stands the test of time: in 2008, for example, financials were crushed first and hardest—and then proceeded to lead the market in the ensuing recovery.

Oil, however, is far from pricing in a recession—as we saw a second ago, it’s up 44% this year—as the rest of the market is down 24%! As the only sector in the green in 2022, oil is vulnerable, because demand for energy falls in a recession as factories shut down, fewer goods are shipped, people commute less for work and so on.

The second, the Kayne Anderson Energy Infrastructure Fund (KYN), also owns MLPs and trades at a pretty big discount (12.9%), which gives it a bit more downside protection (and upside potential). But its 9.7% yield would be in jeopardy if energy prices fall, making this one only suitable for very short-term trades, if that. The similarly focused Tortoise Energy Infrastructure Corp (TYG), meanwhile, would also see 9.4% yield imperiled on a dip in energy prices, making it a fund to sell now, or avoid if you don’t own it.

Finally, bear in mind that none of these funds are strangers to dividend cuts: in the last decade alone, they’ve cut their payouts by over half, so they likely won’t hesitate to cut again, especially in a worse-than-expected recession. 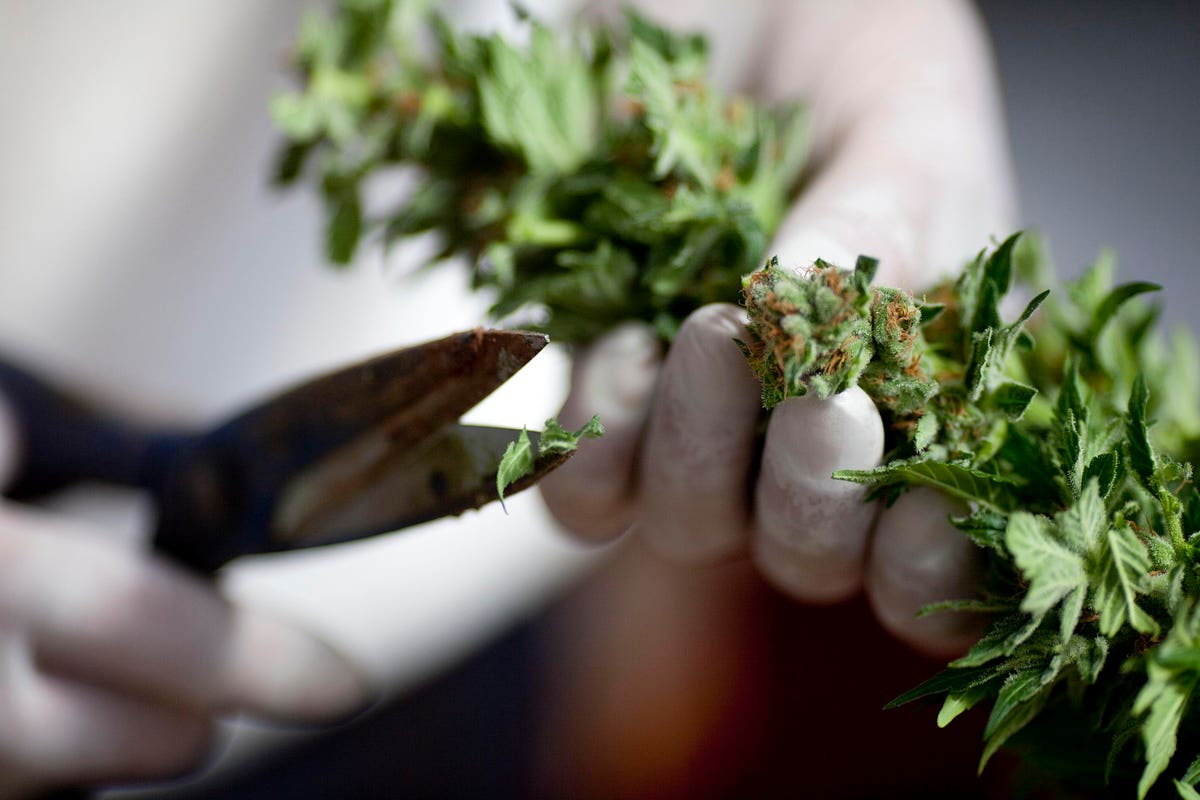 Looking To Invest In Cannabis? Here Are Our Top Marijuana Stock Picks For 2023