Violent protests and labor disputes in China at the world’s biggest iPhone plant made global headlines last month. Worries about lower-than-expected deliveries at the facility run by Taiwan-based Hon Hai Precision triggered a drop in Nasdaq-traded Apple’s shares. Electronics manufacturers are diversifying from the mainland, but it isn’t going to be fast or easy, warns the chairman of another Taiwan-based iPhone supplier with a global manufacturing network.

Among the reasons: Staffing up in new locations takes time, and part suppliers have to be managed differently as plants become more spread out around the world, says Wistron Chairman Simon Lin said in an interview.

Wistron, which employs 120,000 people and operates 12 factories globally, like many sees India as a potential alternative to China. However, the business approach that worked in mainland China for Wistron may not succeed in India. “We need to think about the model,” Lin said .

Even before the Covid pandemic, rising wages in once low-cost China had led some manufacturers to start to shift investments to Southeast Asian countries such as Vietnam. U.S. tariff increases under President Trump, continuing trade tension under Biden, and heightened military tension between Beijing and Taipei have further fueled the trend. Slowing global economic growth as well as pandemic lockdowns and other Covid fallout are also adding pressure. The OECD just last month predicted global GDP growth in 2023 will fall to 2.2% from 3.1% this year.

“The macroeconomy doesn’t look that great (next year). I believe the whole industry will face pretty strong headwinds,” Lin said. “We need to consider how we can overcome that,” Lin said.

Lin, 70, has been through downturns before. The graduate of National Chiao Tung University in Taiwan got his start in the PC business at Acer in 1979 under the enduring Taiwan-born brand’s founder Stan Shih. Business was initially driven by efficiency in Taiwan, whose manufacturers were later also well positioned to take advantage of low costs, engineering talent, and investment incentives in mainland China. Acer restructured in 2000, spinning off key units, and Lin became leader of the main manufacturing arm, Wistron. Wistron’s sales this year will increase to NT$975 billion from NT$862 billion in 2021, according to a forecast by JP Morgan. In the three months to September, revenue rose by 13% to NT$250 billion; net profit soared 347% from a year ago to NT$3.6 billion.

Lin himself has spun off two Taiwan listed companies from Wistron — Wiwynn Corp., a server supplier, and Wistron NeWeb, a communications hardware and software design house. Wistron’s market cap is $3 billion; Wiwynn’s is $6 billion and NeWeb’ $1.2 billion. Though successful, Wistron’s heft is less than Hon Hai Precision’s, the contract manufacturing giant with a market capitalization of $50 billion (not including its many affiliates) whose huge China iPhone plant was at the center of controversy in China in November. Besides iPhones, Wistron supplies notebook computers and PCs. It ranked No. 1448 on the 2022 edition of the Forbes Global 2000 list of the world’s largest publicly traded companies.

Supply chains in the electronics industry have changed a lot since Lin got his start in the business. For decades, the industry rewarded companies with what Lin calls a “long” supply chain in which a relatively small number of destinations – often in China — with the best efficiency and costs won most of the business; parts were then shipped globally to those few spots. “That was what the supply chain used to be,” Lin said.

Now, he said, businesses like Wistron that create value by gathering up parts and putting them together increasingly need to build multiple locations around the world. Though Wistron can do the final assembly just about anywhere, Lin said, getting key components from its upstream suppliers is becoming more of a problem. “From our standpoint, a couple of difficulties will happen” with the new model, he said.

“It’s not easy for the upstream suppliers to do this,” he continued. State-of-the- art printed circuit board and semiconductor factories require heavy capital expenditures, for instance, so they can’t pick up and move quickly, he noted; they may also face different environmental and green energy rules if they set up in a new country.

Wistron, as a result, “is going to face a long supply chain/short supply chain mix – a hybrid model in the next coming years,” Lin said. “We are able to serve our customers from short supply chain point of view, but we have to find a better way to cooperate with our upstream suppliers.”

That could include a long-term commitment to buy parts that can be stored close to Wistron’s growing factory network. Yet that also involves more inventory planning by both. “They can build inventory nearby our plants, so we can all enjoy the so-called short supply chain. Then the difficulty is how to accurately project” demand, he said.

“That is the next challenge for most” suppliers, Lin said. “If your company isn’t good enough with digital technologies — and I’m not talking about manufacturing but your operation structure — then you will not be able to survive if you are disorganized.”

Rather than investing in new plants next year, Wistron will focus in the first of half on ramping up facilities it has already started building and attracting a talented workforce to them.

“We already have what I would say is the ‘first-phase preparation’ of a global footprint in different stages of readiness. For instance, in Mexico, we have a full operation. But we are just building our new factory in Vietnam and also just built another in Malaysia. That means that for these two regions, we probably aren’t at an infant kind of stage, but maybe are in primary school. It’s still an early stage. We still need to spend time, and we still need to consider how we are going to build this capability.”

“Full-run operations that can support our customers from each region will need until mid-year,” Lin said.

Maintaining good communication with local communities is also important, he said. “Smooth operations need communication with the local community and local government, as well as good talent,” he said. “We have to consider how we can normalize our talent. We cannot send all the talent from Taiwan. We are simultaneously building three new factories in Taiwan. Talent is always a challenge.” A quarter of Wistron’s 120,000 workers are based at home in Taiwan.

As for India, seen by many as a rising alternative to China, Lin sees two strengths. “Certainly India still has a large amount of human resources to ground manufacturing operations” he said. “It also has a big domestic market that is more open in some respects to international firms than China’s, Lin said.

But India has some differences from China. “About 20 years ago when we first went to China, we talked with the local government in China, we set up our factory, and then we had our operations in China,” he recalled. Government efficiency was quite strong during the time — China eagerly needed the investment “and was aggressive to do whatever they could do in order to speed up all of the processes.”

“In India, it depends which state government” you approach, Lin said. “We can’t have the kind of speed we used to have in China.” Wistron hasn’t commented on a report last week that it plans to sell an India factory to Tata; Lin didn’t mention a reported dispute with workers in the country in 2020. However, Lin noted it would be helpful to have a local partner there.

“A big challenge for us is how we are going to select a good partner. Not only one, because we have quite different businesses. We could have several businesses in India. We could have consumer electronics business and EV-related businesses as well,” as well as medical devices, he said.

Even China has proved complicated in today’s geopolitical and cost environment. Wistron in 2020 sold two China subsidies to mainland rival Luxshare for $472 million, a case explored by Singapore Management University last year under a report title, “Wistron vs. Luxshare: US-China Trade War and Its Decoupling Effects from China.”

“The case explores broadly the global supply chain, and prospective Chinese acquirers and their meteoric rise to power,” according to a summary. The report notes that Wistron’s decoupling strategies subsequently faced challenges in its labor management and “knowledge transfer process” in India.

The entrepreneurial and technology savvy that brought Lin up the ranks at Acer decades ago are still testing him at its progeny today. 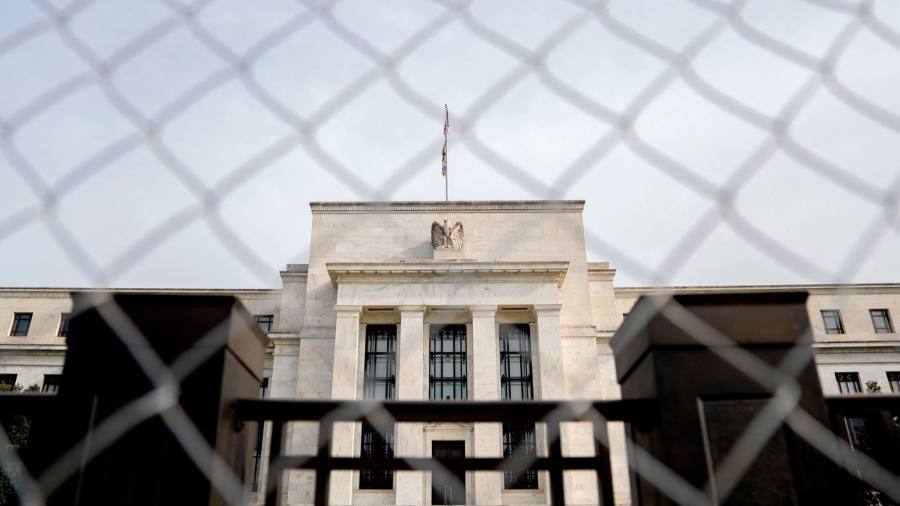