One of the big questions over the past week or so is whether to listen to the bond market’s apparent warning that the U.S. economy may slide into recession after the Federal Reserve goes into a tightening frenzy.

“Two shocks in recent months, the war in Ukraine and the buildup of momentum in elevated U.S. and European inflation, have caused us to revise down our forecast for global growth significantly,” say economists at Deutsche Bank. “We are now projecting a recession in the U.S. and a growth recession in the euro area within the next two years.”

The worry is that, especially in the U.S., underlying drivers of inflation have now broadened, spreading from goods to services. “Inflation psychology has shifted significantly, and while longer-term inflation expectations have not yet become unanchored, they are increasingly at risk of doing so,” says the call from David Folkerts-Landau, group chief economist, and Peter Hooper, global head of economic research.

The Fed will respond by hiking rates above 3.5% next summer, with the balance sheet rundown adding the equivalent of at least 75 basis points in rate hikes. The European Central Bank, whose officials have warned that rate increases would hurt the economy, is seen by Deutsche as raising rates 250 basis points between this September and next December.

The economists acknowledge the recession call is out of consensus, but it doesn’t expect that will be the case for long. “Rarely have fundamentals based on historical experience and conventional recession indicators lined up so well to point toward this outcome,” they say.

So what does this mean for markets? They expect the 10-year Treasury yield
TMUBMUSD10Y,

to reach as high as 3.3%, before falling next spring. As for the stock market, they say the market generally peaks three-six months before the onset of a recession, so stocks would be correcting with “a transitory decline on the order of 20% by the summer of 2023.” Credit market spreads will also begin widening next spring, and then “more forcefully.” The dollar is projected to lose ground steadily against the euro, with the euro
EURUSD,

The focus of the market day will be the release of minutes of the last Federal Open Market Committee, due at 2 p.m. Eastern, which will be key in understanding the central bank’s plan to unwind its massive $9 trillion balance sheet. Agustín Carstens, the former head of Mexico’s central bank and the general manager for the Bank for International Settlements, said the world may be on the cusp of a new inflation era that will require interest rates, adjusted for inflation, to be brought above the so-called neutral level.

The U.S. is expected to announce a new round of sanctions against Russia, including on investments. Treasury Secretary Janet Yellen is testifying on Russia on Wednesday, in front of the House Financial Services Committee, where she will say that there will be “enormous economic repercussions for the world,” in food and energy security as well as debt sustainability.

will be in the spotlight as JetBlue Airways
JBLU,
,
after the market close, confirmed the New York Times report that it was seeking to buy the low-cost carrier, which is trying to merge with Frontier Group
ULCC,
.

shares slipped in premarket trade as Elon Musk corrected his filing on his stake with the Securities and Exchange Commission to now say he is an activist, rather than passive, investor. Musk has become a board member after the Tesla CEO bought up over 9% of the social-media service.

swung to a profit as revenue climbed 23%. It also inked a partnership agreement with Whole Foods for powder distribution.

were pointing to further weakness.

The yield curve uninverted thanks to a rise in yield for the 10-year Treasury
TMUBMUSD10Y,
,
which was 2.63%.

Here were the most active stock-market tickers as of 6 a.m. Eastern.

Is Picasso being canceled?

These triplets are one in 200 million, because they are identical. 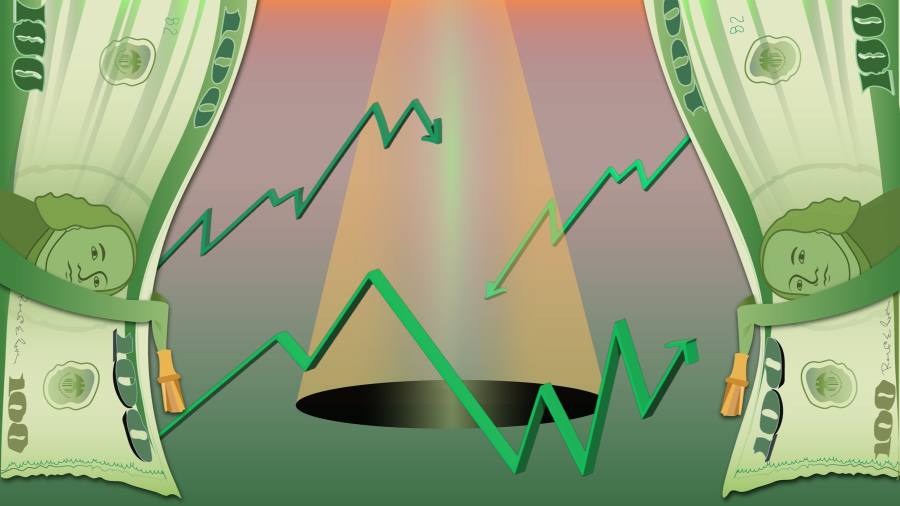