Since the fall of the ICO market around 2017, and a roughly two-year pause in the crypto hype, the cryptocurrency investing world had a back-to-the-drawing board moment. Developers and tech entrepreneurs created new sectors to get investors interested. If the ICO market is dead, and if the cryptocurrency market was ever going to be more than Bitcoin
and few blockchain platforms like Ethereum, a whole new menu of risk assets had to be created. Decentralized finance and yield farming was one. The new blockchain protocols are another.

And over the last couple of years, GameFi has become the newest sector in the cryptocurrency economy.

It’s not just for gamers, of course. The investable universe would be too small if only gamers were involved. But there are enough blockchain games out there and supporting projects in the non-fungible token space that give investors a new place to gamble those U.S. dollar coins in their Coinbase account.

GameFi is not an investor boondoggle anymore than cannabis ETFs, or venture capital funds. Some projects will be failures, no different than any new company.

This is a real market, with billions at play, designed primarily around the massive rise of blockchain-based video games in the new Web 3.0 universe (or simply Web3), where developers can go in and create their own worlds. They make money that way. If you’re new here, they call it play-to-earn.

GameFi’s market cap is over $11.6 billion, with daily trading volume of around $2 billion, though this number is in fast decline due to the general sell-off in the market.

Imagine this: you’re playing Minecraft. You can create your own world and characters inside Minecraft through a creator’s engine. You sell them. This is GameFi in a nutshell.

The game matters. “I should feel compelled and hooked to come back to the game because I enjoy playing it. It shouldn’t be only because I can earn tokens,” says Arunkumar Krishnakumar Chief Growth Officer at Bullieverse in London. They have their own creator’s engine for serious gamers who want to build their own worlds within the Bullieverse game can monetize what they’ve created.

“As a gaming platform, an immersive experience allows gamers to be more invested in the game. As they feel more invested, they tend to promote the game and become ambassadors of the game,” he says. “This has definitely been our case.”

There are about 3 billion online gamers across the world with Asia taking 55% of that market. By 2024 the mobile gaming industry is expected to generate $116 billion from gamers spending online.

There are 2.5 billion online gamers in the traditional Web 2.0 world compared to only around 5 million estimated to be in the Web3 world. Due to the developer and consumer incentive mechanisms that Web3 offers, the gamer base for Web3 is seen rising fast. Web3 games are still behind the games we are all used to on X Box in terms of gaming experience, but that will change and if GameFi is part of that, then therein lies the growth story.

The play and earn Web3 model is all about creating and scaling a game someone else had originally made. Many games are still figuring out the right economic model to pull this off, one that will accrue more value for gamers, particularly the loyal and high-quality gamers, and bring in investors to their tokens.

“GameFi at a high level is the convergence of videogaming, gambling and investing into a new form of entertainment,” says Dan Nissanoff, co-founder, and CEO of Silks in Florida. Silks is an online horse racing metaverse, GameFi style. “We are building a derivative play-to-earn metaverse that mirrors the real world of thoroughbred horseracing. Our vision is to deliver the exact economic experience of owning a racehorse in real life…only in the metaverse. When your horse wins a $100 grand prize purse in real life, the owner of that horse NFT wins the same.”

Nissanoff says game theory and tokenomics drew him into GameFi a few years ago. He got a degree in economics from California State University in Northridge. He’s also a gamer. “I dabbled in a few play-to-earn games,” he says, like Zedrun and Axie Infinity. “I’m not aware of any major traditional game publishers offering play-to-earn yet, but I can tell you they are trying to figure out how to reinvent themselves and their business model to incorporate GameFi before they are left behind. Think of what Netflix
did to Blockbuster,” he says. “It’ll be like that.”

He likes Axie (AXS) and Pegaxy (PGX). Both have been getting killed lately, though. PGX was trading a month ago at around $0.20. It’s now around a nickel. AXY was around $67 a month ago. It’s now closer to $30.

“These investments can rise and fall in value depending on a game’s popularity and its ability to draw in new players while keeping existing ones,” says Vijay Pravin, CEO of BitsCrunch in Munich, Germany, a blockchain analytics firm providing solutions for the NFT ecosystem.

Pravin’s favorites are AXS, True Flip Token (TFL), Sandbox (SAND) and Decentraland
. He owns Gods Unchained (GODS), AXY and MANA. None of these are in the money right now.

“These games allow users to earn off their playtime by farming rare items or creating powerful characters with unique looks,” Pravin says, including Silks horse racing in the mix as well. “It’s a potentially lucrative industry. It only needs to fine-tune how deliverables can be exchanged between buyers and sellers.”

So what is GameFi and is it a boondoggle? It’s a real industry, tied to one of the most lucrative industries around – video games. Some games will fail. Others will not. Investors will have to pick their spots. There will be lots and lots of gambling in GameFi.

GameFi is a more streamlined approach to the play-to-earn model that can enable gamers to easily connect with other gamers on blockchain networks and gamer platforms that are dedicated to trading in-game assets – be it virtual land, weapons, or thoroughbreds.

Big publishers of traditional games have items for sale in their games, but these are just value added for the publisher and perhaps the platform itself that may or may not get a cut – like Microsoft’s X Box, for instance.

Blockchain games that allow for players to create characters, scenes, or maybe even entire levels will allow for monetization.

For instance, I play golf on 2KSports on the X Box. I made a golf course in Sao Paulo, Brazil. In GameFi, in theory, I could sell that course or charge people to play on it, if it was popular enough. 2KSports would not allow me to make money off that. Those kinds of user creations are free, though this may be changing.

“We are still in the early stages for GameFi,” says Nissanoff. “The games are clunky, and the experiences are mixed. There is a lot of friction because it is not easy to onboard gamers who have never purchased crypto before. That will change in the coming years as tools become more streamlined and easier to use and understand,” he predicts. This would drive up demand, separate winning projects from losers, and give investors a return on their investment.

“I think we will see a massive explosion in GameFi next year,” Nissanoff predicts. “Watch for major acquisitions in the gaming space.”

*The author has investments in Bitcoin and Decentraland. 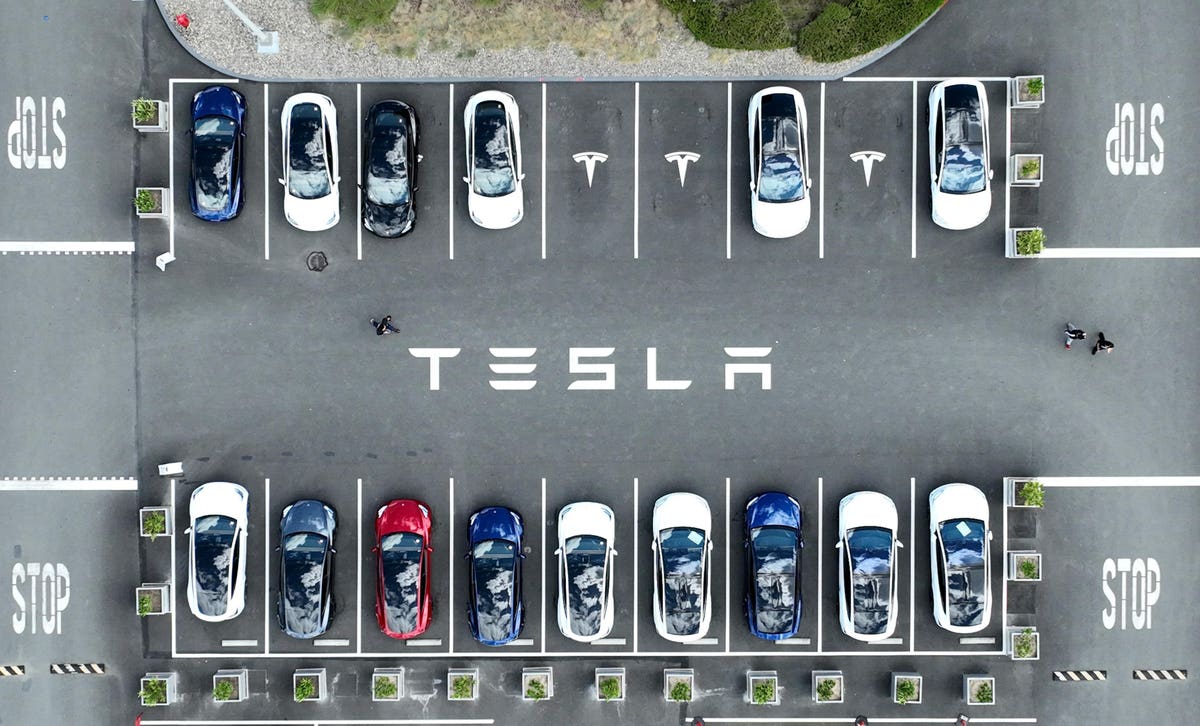 Tesla: A History Of Innovation (and Headaches) 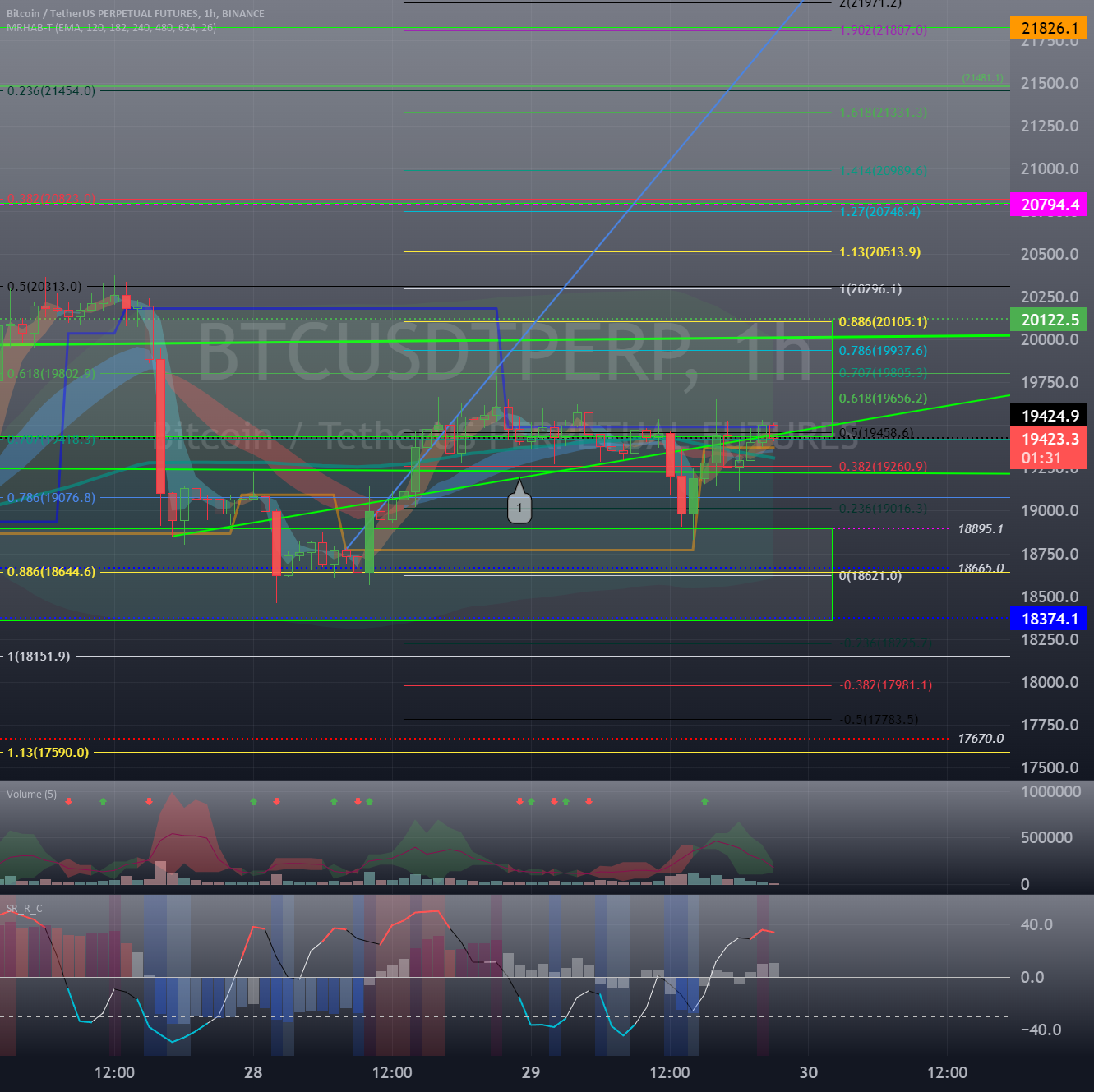