Updated with a statement from Kinross and Highliand Gold above the subheading below. Corrected Viktor Vekselberg’s role in Gold of Kamchatka. He was not part of ownership at time of sale. His name has been removed.

Dozens of companies have announced plans to either pause operations or cease operations in Russia on account of its war in Ukraine, which began in February. Apple said it would stop selling products in Russia. Pepsi is no longer producing soda in one of its biggest markets. Spotify closed its office in Moscow, though the service is still available. Goldman Sachs is out.

Other companies are trying to unwind their joint venture deals.

Some are finding it harder than simply turning off the lights, or signing divorce papers.

On April 5, Canadian miner Kinross Gold Corporation (KGC) announced that they have agreed to sell 100% of its Russian assets to Russia’s Highland Gold Mining and its affiliates for $680 million.

At a time when gold and silver are beating the S&P 500 year-to-date – both are up, while the S&P 500 is negative – Kinross is recently in a fast decline despite an initial 6% spike in share price following the Russian M&A announcement.

As the assets appear to be valued fairly, that is likely because of the market speculating that the Highland Gold transaction is far from a done deal. Kinross shares are down on Thursday, but beating the main gold and silver ETFs.

Brussels-based news outlet EU Reporter reported a rumor on April 19 that the Canadian government was investigating the deal because of its ties the President of Russia’s state-owned VTB Bank Andrey Kostin. He has been on the U.S. and Canadian sanctions list since 2019. Canadians could be prohibited from dealing with Kostin, or VTB Bank.

The story had no author, other than “guest contributor” and is unverifiable given its off the record sources. There is a chance that those who wanted to derail the deal went on the offensive against it.

According to Forbes Russia, starting in 2019 Sviblov acquired a number of mining assets in Russia worth over $1.5 billion, funded by VTB Bank loans, and other banks as well. He acquired a 40% stake in Highland Gold Mining from billionaire Roman Abramovich, as well as shares of the Gold of Kamchatka company.

It took just about three years for Sviblov to gain significant control over companies responsible for some 16 tons of gold annually, putting it right up there with major gold companies like Polyus Gold, Nordgold and Polymetal. All three are owned by Russians.

Nordgold actually has mines in Canada. Polymetal has also assets in Kazakhstan and is listed on the London Stock Exchange where it had been part of FTSE-100 up until the first weeks of the war in Ukraine. It’s now been kicked out of the index.

The Canadian government said it does not comment on ongoing deals or its investigation into those deals.

Kinross and sources in Canada close to the deal dismissed the rumors as misinformation and a Russia-style spin exercise aimed at derailing the transaction. Kinross said that the company “conducted due diligence checks focused on reputation and benefitial ownership of Highland Gold to ensure there would be no sanctions or reputational exposure.” The Canadian gold miner also said independent research did not find hidden interests that would compromise the sale.

Highland Gold said in a statement on Thursday that, “Vladislav Sviblov is the only owner and shareholder of the group; there are no other beneficiary owners or third-party interests.” And that “Sviblov, a technology entrepreneur and venture investor, acquired Highland Gold in 2020. Alongside his successful greentech projects inthe circular economy, hydrogen and other sectors, Sviblov has long been active in the mining industry investing in companies producing gold and metals essential for energy transition. Technology innovation and assets consolidation has enabled 80% growth of Highland Gold output in 2021 securing free cash flow the company can use to acquire new assets.”

They ended the statement saying that, “Closing of the Kinross sale to Highland Gold remains subject to Russian government approval, which the parties are diligently pursuing.”

Russia Suffers Two Divorces in One

The Russia-Ukraine divorce has been ongoing since the 2014 ouster of president Viktor Yanukovych during the Euromaidan protests in Kyiv.

But the Western relationship, on the rocks since Vladimir Putin backed Bashar Assad in Syria, is being pummeled with more violent, cold and frothy waves. This is Russia’s second divorce.

The crisis between Russian and Western businesses began swiftly. Both Washington and Brussels pulled a pin on a hand grenade that wiped out years of match-making between Western corporations and Russia since the 1990s. Companies seemed to gladly put their relationship on hold. Nothing like this had ever occurred before: whereas major, global corporations took action against an entire country for the actions of its government.

Similarly, no Western corporation made moves to leave China after the U.S. State Department declared it was committing genocide against Muslims in the far western province of Xinjiang. You can rent an Airbnb in Xinjiang, but not in Moscow.

Russia will have a hard time in this mammoth split.

The country is loaded with American technology – from Microsoft products to Amazon cloud services – and has been partnered with U.S. and European financial centers and oil firms for years. These relationships will be tough to unwind. Some companies may be doing so for good PR. Some will leave Russia kicking and screaming, rather than saying good riddance.

French bank Societe Generale (or SocGen as it is known) has some $20 billion exposure to Russia, and is one of the largest among foreign lenders. Its Russian unit Rosbank has over five million retail and over 100,000 corporate customers to bid farewell.

Recently, SocGen announced it would be selling Rosbank to Russia’s second richest men –Vladimir Potanin, a former deputy prime minister of Russia who is known as the godfather of the notorious loans for shares scheme back in 1995 when the jewels of the Russian energy and mining industries where sold to a handful of oligarchs at a fraction of their fair price.

Potanin had previously owned Rosbank from 1998, and in 2006 sold a stake to SocGen. SocGen paid him in total between 2006 and 2014 an estimated $4.3 billion, in what Forbes staff reporter John Hyatt called a “fantastic deal” in an article published on April 12.

Potanin is expected to buy back his bank for somewhere between $550 million to $800 million, or around six times less than he received from SocGen in the sale. Meanwhile, SoGen will use the sale as a tax deduction. They walk away losing 3.1 billion euros.

Oil and gas companies were the first to break up with the Russians.

BP couldn’t wait to get out. They were the first, followed by Shell. They exited all of their JVs. Big Oil has announced its plans to exit Russia, all in unison and almost all overnight.

So far, their exit has been slow, as many are rethinking their knee-jerk reactions from early in the Ukraine war, as Forbes’ Sergei Klebnikov reported on April 8.

Chinese and Indian companies are the most obvious new partners, with China ready for action on the commodities side, at least.

Worth noting, though, China picking up where the likes of U.S. companies leave off may be easier said than done.

Mastercard and Visa are leaving Russia. One would think that China’s version – UnionPay – would pick up the slack. Last week, UnionPay followed their American counterparts and suspended service in Russia. 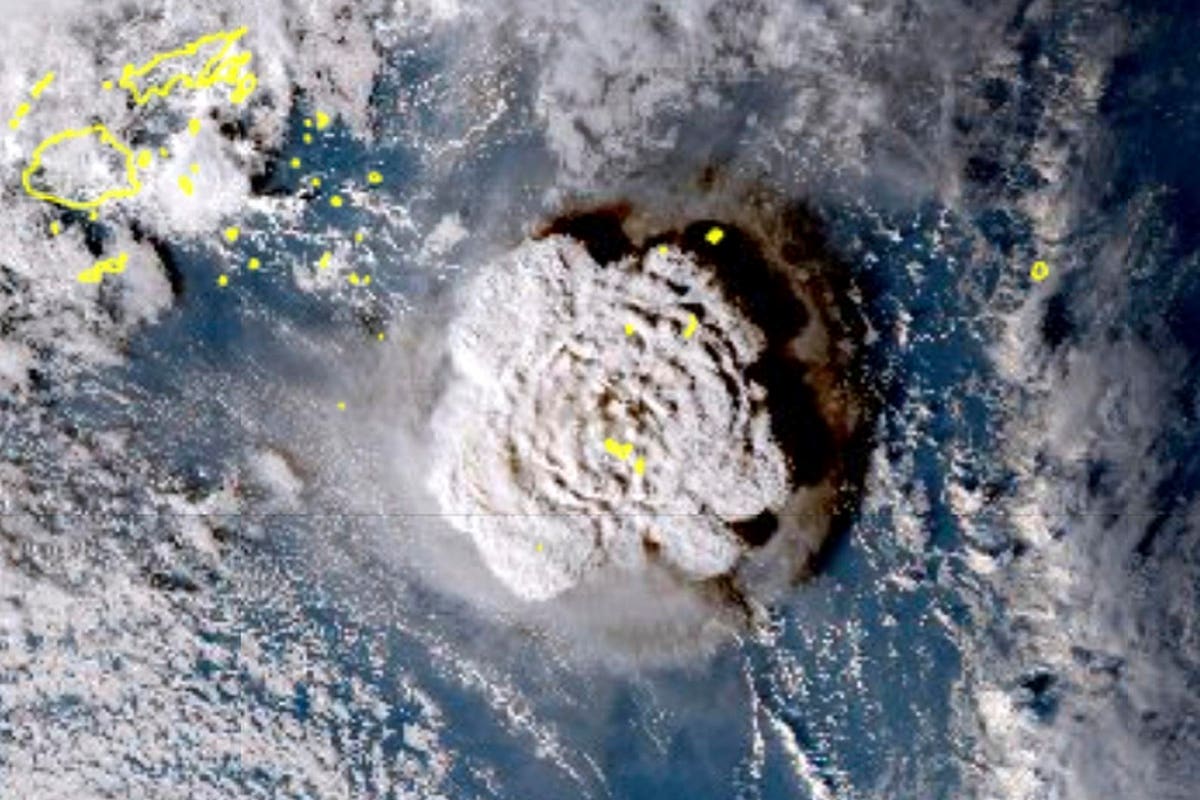 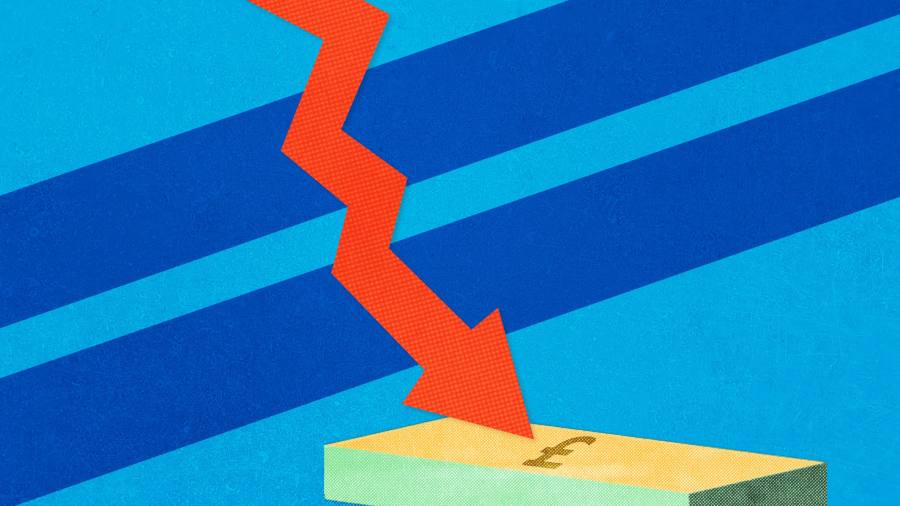 UK dividends forecast to shrink in 2023