Tax returns are annual drudgery, but they matter. They matter for individuals, businesses and investment entities. Everybody must file one, or more than one, depending on how many entities you have. You may have state taxes to file too. You might think your filing date is obvious, and hopefully before the deadline. The one everyone knows is April 15. Of course, that date moves slightly, such as for 2021 returns, when the due date was April 18, 2022. Business entities face other due dates. So what’s the big deal about when you file? Proof, for one thing. It can become important to prove when you filed because of the statute of limitations. Wouldn’t it be nice to tell the IRS, “Sorry, you are too late to audit me?” The overarching federal tax statute of limitations runs three years after you file your tax return. But there are many exceptions that give the IRS six years or longer. But starting with the normal three years, how is that counted? If your tax return is due April 15 but you file early, the statute runs exactly three years after the due date.

There are plenty of IRS statute of limitation rules and tips here. Filing early does not start the three years early. If you get an extension to October 15 and file then, your three years runs from then. On the other hand, if you file late and do not have an extension, the statute runs three years following your actual (late) filing date. With California tax returns, the state gets an extra year, four years from filing. Check out more California statute of limitation and controversy tips.

If you somehow end up filing with the IRS late—days, or even years late—you want to measure that IRS three years from your actual filing. In tax audits and disputes, your actual filing date can become pivotal. A huge recent example is the Ninth Circuit tax case of Seaview Trading LLC et al. v. Commissioner of Internal Revenue, No. 20-72416 (9th Cir. May 11, 2022). The IRS proposed a $35.5 million tax bill to this California based partnership. Seaview went to U.S. Tax Court saying it was wrong, arguing that the IRS was time barred. But the Tax Court agreed with the IRS. On appeal, the Ninth Circuit rocked the IRS back on its heels.

And it all came down to the tax return filing date. In 2005, the IRS was asking for Seaview’s 2001 tax return, and Seaview handed it over to the IRS in 2005. But the IRS didn’t issue a tax bill until 2010, more than three years later. Essentially, the IRS position was that handing over the return to the IRS auditor wasn’t “filing.” Hey, you are supposed to file it with the IRS Service Center designated for your area. That’s the only thing that counts as “filing,” said the IRS.

The mess started in 2002. Seaview thought it filed its 2001 partnership tax return in July 2002, but the IRS has no record of receiving it. In 2005, the IRS said it had no record, and an IRS agent asked for a copy. Seaview faxed in a signed copy. The next month, the same IRS agent told Seaview that the 2001 return was being audited. The agent asked for more information, including more copies.

In 2006, Seaview’s accountant told the IRS in an interview that he had previously provided a signed tax return, and introduced a copy an exhibit. In 2007, Seaview’s lawyer mailed in another signed copy of the 2001 return to an IRS lawyer. That all sounds pretty reasonable, doesn’t it. Then in 2010, the IRS issued a big bill, wanting millions. Seaview went to Tax Court, saying it was too late. But the Tax Court ruled for the IRS and held that Seaview had not “filed” a tax return when it faxed a copy to the IRS agent, or even when it mailed a copy to the IRS lawyer. Those were not “returns” said the Tax Court. So Seaview appealed, and the Ninth Circuit thought the IRS was playing a little too cute.

Judge Bumatay said, “the IRS views the law one way as an internal matter and another way for litigation advantage. We decline to follow this twisted logic.” The IRS had a hard timing explaining an IRS memo that said taxpayers who are behind in their tax filings are best advised to file their delinquent returns directly with their auditor or revenue agent, not sending them off to the IRS Service Center!

After all, that seems to make sense, if an IRS auditor is saying “hey, where is your return, you need to submit it,” wouldn’t you want to hand it over? The Ninth Circuit said that internal IRS guidance documents do not have the force of law, but “they show that the IRS agrees that no regulation governs the process of ‘filing’ belated returns and that it, too, follows the term’s ordinary meaning.”

Despite the IRS arguments, the Ninth Circuit said that the tax code and IRS regulations do not stipulate the procedures with which a taxpayer must comply in order to properly file a belated tax return. As a result, the Ninth Circuit said it would rely on the ordinary meaning of the term “file.” “Based on the ordinary meaning of ‘filing,’ we hold that a delinquent partnership return is ‘filed’… when an IRS official authorized to obtain and process a delinquent return asks a partnership for such a return, the partnership delivers the return” as requested and the official receives it, Judge Bumatay said.

You ought to be able to rely on IRS requests, especially in a case like this where Seaview did everything of which it was requested. The Ninth Circuit majority opinion said: “The IRS wants the ability to direct taxpayers to submit delinquent returns to its authorized officials, while maintaining the power to unilaterally decide whether the returns are ‘filed’ for statute-of-limitations purpose. We reject this nonsensical position and instead follow the ordinary meaning of the Tax Code.”

Is this an obvious decision? Hardly, and Seaview got a big win here. The Tax Court had an easy time ruling for the IRS. And a harsh dissent in the Ninth Circuit went for the IRS. In dissent, Judge Bridget Bade said the Tax Court was right all along. Clearly, she said, in contravention of both the IRS’ regulations and the tax code, Seaview failed to supply its tax return to the proper service center—Ogden, Utah. That should be that.

What’s the lesson for all of us taxpayers? There are a couple of good lessons. The biggest is to file tax returns on time, not late, and to file in the right way. That is, if the instructions say to send it to Ogden, do that, not to Fresno. And when you file, keep a good record of exactly when you filed, including electronic confirmation, or proof of mailing and certified receipt. You want proof that you filed, when you filed, and when IRS received it.

You would be amazed how terribly important such housekeeping details can be. Keep these items in your permanent records, including good copies of all your returns. Never throw them away, not ever. Keep good records and copies of all your correspondence with the IRS too. It can be nice to refer back to letters where you are confirming exactly what the IRS told you to do. Even if the IRS does not send you a letter, it can help to confirm your understanding in your own letter to them. It can have a kind of estoppel effect in some cases. As you might expect, tax disputes can be expensive. Do your best to avoid them, and when they are unavoidable, try to have your ducks in a row. For more tips, check out 13 IRS Statute of Limitation Rules Everyone Should Know. 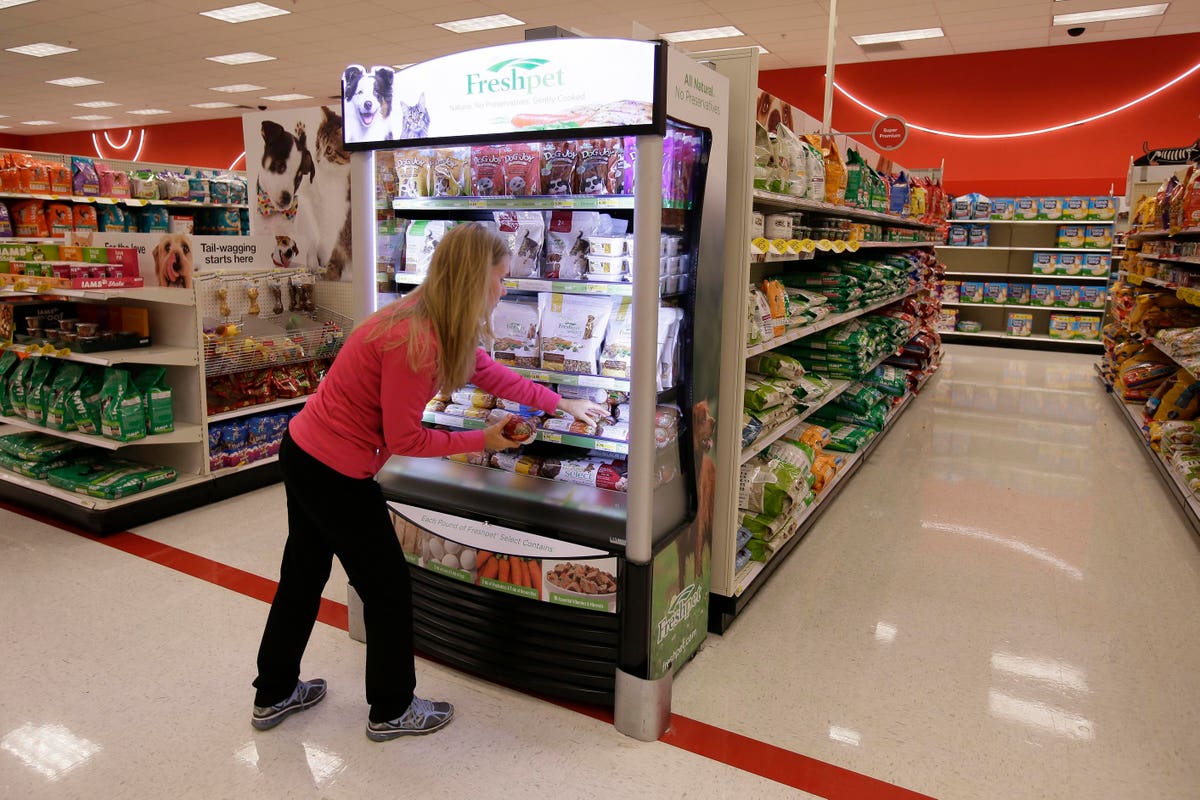 Cash Burn: Stocks That Could Go To $0 As Fed Raises Rates: Freshpet 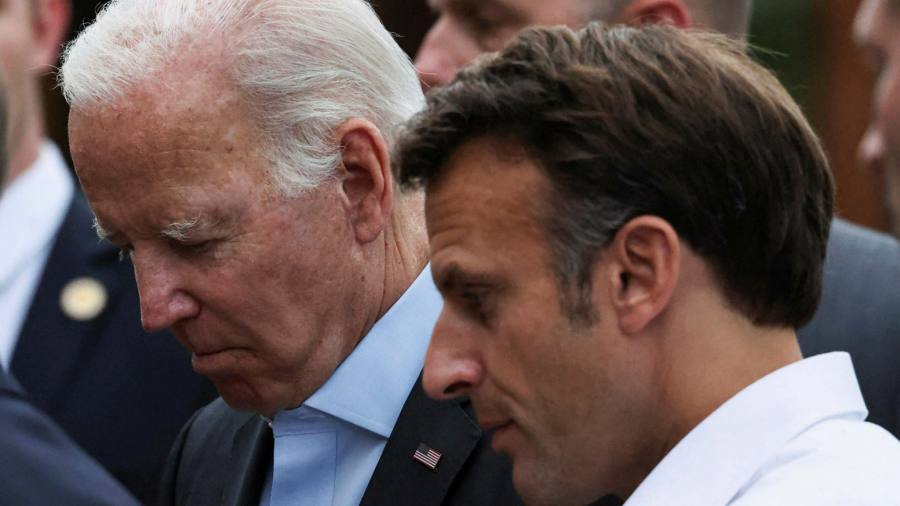