On Tuesday, President Joe Biden announced a ban on Russian oil imports in the most recent sanction to stop the conflict in Ukraine—a decision that has piqued curiosities to invest in renewable energy.

The move marks the latest action that the US has taken to cripple the Russian economy in response to the war Russian president Vladimir Putin has waged. It follows sanctions on Russia’s largest banks and the central bank and finance ministry, as well as the growing list of private and public companies that have been pulling products and services out of Russia.

“Today I’m announcing the United States is targeting the main artery of Russia’s economy,” Biden said at the White House. “We’re banning all imports of Russian oil and gas and energy. That means Russian oil will no longer be acceptable at US ports, and the American people will deal another powerful blow to Putin’s war machine.”

Biden was allegedly apprehensive in making the move to “inflict further pain on Putin” by way of banning oil imports, noting that “defending freedom is going to cost.” He recently shared his reluctance to impose energy sanctions, wanting to “limit the pain the American people are feeling at the gas pump.”

“Putin’s war is already hurting American families at the gas pump,” he explained in Tuesday’s announcement. “Since Putin began his military buildup in Ukraine borders, just since then, the price of the gas at the pump in America went up 75 cents. And, with this action, it’s going to go up further.”

While only 3.5 percent of oil was imported from Russia last year, the US did import more of its gasoline from Russia (21 percent) than from any other country in 2021. Meanwhile, European countries rely far more on Russian oil and gas. Biden added that the US is “moving forward with the ban, understanding that many of our European allies and partners may not be in a position to join us.”

While the impact on supply in the US is not likely to be a big one, the statement certainly is.

Download Q.ai for iOS for more investing content and access to over a dozen AI-powered investment strategies. Start with just $100 and never pay fees or commissions.

“There will be pressure exercised on larger consumers, including the EU,” Caroline Bain, chief commodities economist at Capital Economics, told The Guardian. “The EU is likely to take a more considered approach and not announce a complete ban tomorrow, but look at ways to reduce its reliance on Russian energy.”

One surefire way that the EU and the US, alike, can reduce reliance on Russian energy is by turning to renewable energy instead.

Even prior to the Russia-Ukraine conflict, gasoline prices were on the rise. They’ve just recently hit a 14-year high—numbers we haven’t seen since the economic crisis of 2008— and many Americans fear for the future, with some states seeing around $6 a gallon this week. In fact, rising oil prices have single-handedly accounted for almost 30 percent of “excess” inflation since the start of the pandemic.

By 2026, the capacity for global renewable electricity is expected to rise more than 60 percent from just pre-pandemic levels in 2020. Meanwhile, the IEA anticipates that renewables will make up almost all (95 percent) of the increase in global power capacity through 2026.

And Europe, which depends a lot more on Russian oil imports, is already well on its way. In 2020, renewable energy sources accounted for 37 percent of gross electricity consumption in the EU alone.

Consumers and investors around the world have growing opportunities to buy and invest in clean tech. Automakers, for example, are hopping on the bandwagon. Earlier this month, Sony and Honda announced teaming up to produce electric vehicles. Around the same time, Jeep, the iconic SUV brand that is part of the Stellantis group of automakers, also laid out its product lineup plans that include a full line of electric vehicles.

Meanwhile, Volkswagen is working to raise funds for the development of new technology, such as self-driving cars and the creation of a new business building batteries for its electric vehicles. And Chevrolet recently announced that it will restart the production of the Bolt, its electric model that was suspended over battery issues.

Q.ai is aware that the world is shifting away from dirty energy sources, internal combustion engines and wasteful production. And that’s why we created the Clean Tech Kit, so investors can put their money behind a group of leading companies in clean energy, electric vehicles and other environmentally friendly innovations.

By using the Clean Tech Kit, investors can elect to capture additional upside from these alternative energy trends with a diversified and optimized portfolio. Q.ai’s machine learning models optimize the portfolio on a weekly basis to find the best investments for users.

Invest in the sustainable energy sector for a cleaner, more cost-effective future with Q.ai.

Download Q.ai for iOS for more investing content and access to over a dozen AI-powered investment strategies. Start with just $100 and never pay fees or commissions. 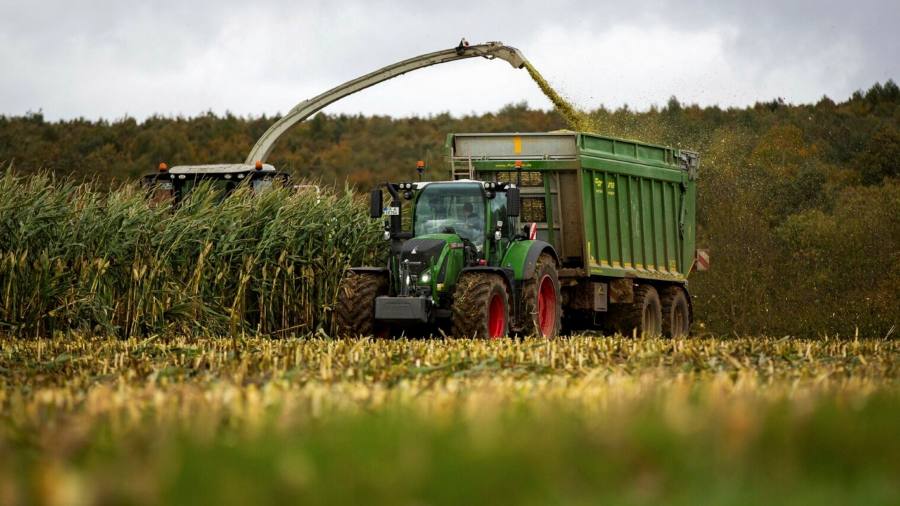