Welcome back. In case you hadn’t noticed, the sustainable investing space has been coming in for a little criticism from US conservatives recently. The latest broadside came yesterday from former vice-president Mike Pence, who delivered a blistering attack on an environmental, social and governance investment agenda that he said would “allow leftwing radicals to destroy American energy producers”.

Speaking in Houston, Pence accused Joe Biden of waging a “war on American energy”, and “weaponising” the Securities and Exchange Commission and other agencies to undermine fossil fuel companies through “capricious new ESG regulations”. Liberal activist investors were forcing companies to elevate ESG investing principles over the interests of the business and its employees, Pence said — citing the climate-focused directors elected at ExxonMobil last year, who he said were working “to undermine the company from the inside”.

Rumoured to be pondering a run for the presidency, Pence might be a long shot for the 2024 election — but his remarks are a powerful sign of the intense feeling on these matters among many leading Republicans. Among their main targets is the giant asset manager BlackRock, which they see as a key driver of the ESG movement. Pence singled out the company for criticism yesterday over its support for the ExxonMobil board shakeup.

But as we detail below, BlackRock is now showing the hard limits to its sustainability agenda, as it hits out at forceful climate-related shareholder resolutions. It only gets more interesting from here.

We’ll be discussing the tensions around climate votes and much, much more at our two-day Moral Money Summit next week, with a top-drawer cast of guest speakers at London’s Biltmore Mayfair hotel. Please join us – and if you can’t be there in person, premium FT subscribers can get a free pass to watch the event online. Here’s the registration link. We’ll see you there. (Simon Mundy)

In recent years, BlackRock chief executive Larry Fink has urged companies to get behind a more enlightened vision of capitalism. Management teams, he’s written, should embrace purpose, consider the interests of a wide range of stakeholders, and wake up to the growing risks of climate change.

Yesterday, the world’s biggest asset manager issued a statement with a rather different tone, as it warned it would vote against the majority of upcoming climate-related resolutions in an unusually lively voting season. The document, issued by BlackRock’s investment stewardship team, complained that a large number of these proposals were unduly “prescriptive and constraining on management”, and said it would oppose any measures intended to “micromanage companies”, or that would not promote shareholder value.

Fink, of course, has always highlighted BlackRock’s commitment to delivering investor returns, even as he called for companies to think more about people and the planet. But yesterday’s statement, with its stress on shareholder value, represented a marked shift in emphasis. It’s worth unpacking why BlackRock felt the need to issue this position statement — and why now.

Fink’s statements on sustainability have made BlackRock a target for activist groups who have accused it of underdelivering, after it failed to vote for resolutions aimed at tackling climate change. In shareholder votes last year, BlackRock supported 47 per cent of environmental and social proposals — a tally that groups like Reclaim Finance loudly criticised as too low. This year, with the number of such proposals in the US up by about a fifth, according to the Sustainable Investments Institute, that scrutiny is likely to be even tougher.

So BlackRock has decided to pre-empt the critics by setting out its reasons for what it says will be a lower rate of support for climate-related resolutions than last year. It says it is in favour of proposals to make companies disclose more useful information on climate-related risks. But compared with last year, it says, there are significantly more resolutions that would unduly restrict management’s decisions, or that are not relevant to the pursuit of long-term shareholder value. It linked this with revised guidance from the US Securities and Exchange Commission, which has widened the range of permissible proposals on social issues.

As examples of such resolutions, BlackRock highlighted proposals to make banks align their business models to a scenario that would limit global warming to 1.5°C, and to direct companies’ lobbying activities around climate change.

“Without exception, our decisions are guided by our role as a fiduciary to act in our clients’ long-term economic interests,” BlackRock said.

The situation in energy markets has also clearly played a role. The conflict in Ukraine, BlackRock warned, has had a serious impact on the net zero transition, with other fossil fuel producers needing to ramp up production to replace imports from Russia. That’s increasing the need for companies that produce fossil fuels, as well as renewable energy, BlackRock said — and “the companies that do that effectively will produce attractive returns for our clients”.

Fink’s letters have made much of the notion that a focus on sustainability can go hand in hand with returns for investors. But as yesterday’s statement made clear, that’s an idea that BlackRock will push only so far. (Simon Mundy)

Impact boom gathers pace on both sides of the Atlantic

Last week we featured impact investment pioneer Andy Kuper reflecting on the sector’s sudden rise to popularity among some of the biggest beasts in global business. That growth shows no sign of slowing, as is made clear by two new announcements made today.

The first comes from Europe, with an intriguing tie-up between insurance company Axa, consumer goods group Unilever and the French asset manager Tikehau Capital. The three have come together to launch a fund focused on a sector that’s getting more attention in the climate space: regenerative agriculture.

That’s shorthand for farming practices aimed at promoting soil health, and in the process boosting agricultural output and encouraging carbon sequestration. This is a big deal for the climate: agriculture accounts for about a fifth of greenhouse gas emissions when deforestation for farming and other “land use change” is taken into account.

Axa, Unilever and Tikehau have each promised to inject €100mn. They’re hoping to raise a further €700mn from outside investors for the new fund, which will take minority stakes in unlisted companies working on regenerative agriculture, targeting investments of five to 10 years duration. The long investment horizon reflects the nature of the regenerative agriculture shift, which involves short-term expense for benefits that materialise over time — something that has so far held back many big investors from entering the space.

“Right now, this transition is very often seen as a cost rather than an investment,” said Eric Soubeiran, the executive leading Unilever’s work on the fund. “We want to move the dialogue.”

The second slice of impact news today comes from BlackRock which, as we noted above, has come under pressure over how it weighs investment returns against sustainability concerns. But social impact can come with healthy returns, according to the managers of its new Impact Opportunities fund, which made its first close today having raised $800mn. The fund will focus on making investments into communities of colour in the US, with an unusually broad scope including private equity, credit, infrastructure and real estate.

“We saw a meaningful lack of capital supporting investment opportunities that would promote much better racial equity and infuse capital to communities of colour that were overlooked,” Edwin Conway, head of the firm’s $330bn alternatives unit, BlackRock Alternative Investors, told Moral Money.

BlackRock’s fund is targeting investment cheques of between $20mn to $40mn in size, meaning the planned $1bn portfolio should make dozens of discrete investments. It will also seek co-investments from large institutional investors, giving it the capacity to handle larger deals. The fund has already started deploying its capital, with recent investments including Tricolor, a fintech that finances used vehicles for underserved Latino customers.

The sums flowing into these vehicles look like a promising sign, given the dire need for investment in their target areas. Readers of a more sceptical bent, however, may recall Kuper’s claim that some funds are “leading with impact as a marketing strategy before they have the substance in place”. Like all other funds in the growing impact space, these new entities will be under pressure to show hard results beyond the laudable aims. (Antoine Gara and Simon Mundy)

Chart of the day

Moral Money has previously covered the growing disparity between chief executives’ pay and the salaries paid to average workers. A new survey shows the extent of Americans’ frustration with soaring executive pay. Up to 73 per cent of Americans say chief executives of the US’s largest companies are paid too much, and just 13 per cent say they are paid appropriately, according to Just Capital, a non-profit that also runs an exchange traded fund with Goldman Sachs. The pay antipathy crosses political party lines. Majorities in all three political groups — liberals, moderates and conservatives say chief executive pay is too high.

In this Big Read, our colleagues in Australia explain how the pro-business, pro-environment “teal independents” — a group of mostly female campaigners — could help to usher in a greener government in Australia’s upcoming May 21 vote.

The time to make ESG a reality is now, but is the market ready to join together to make it happen?

Find out at the FT’s Moral Money Summit Europe, taking place in-person in London and live online. Come along and connect with leading policymakers, investors, senior business executives and industry thought-leaders who will share their plans for the next stage of their ESG journey. As a premium subscriber, you can join the event with a complimentary virtual pass when you register with the promo code: Premium2022. Register now 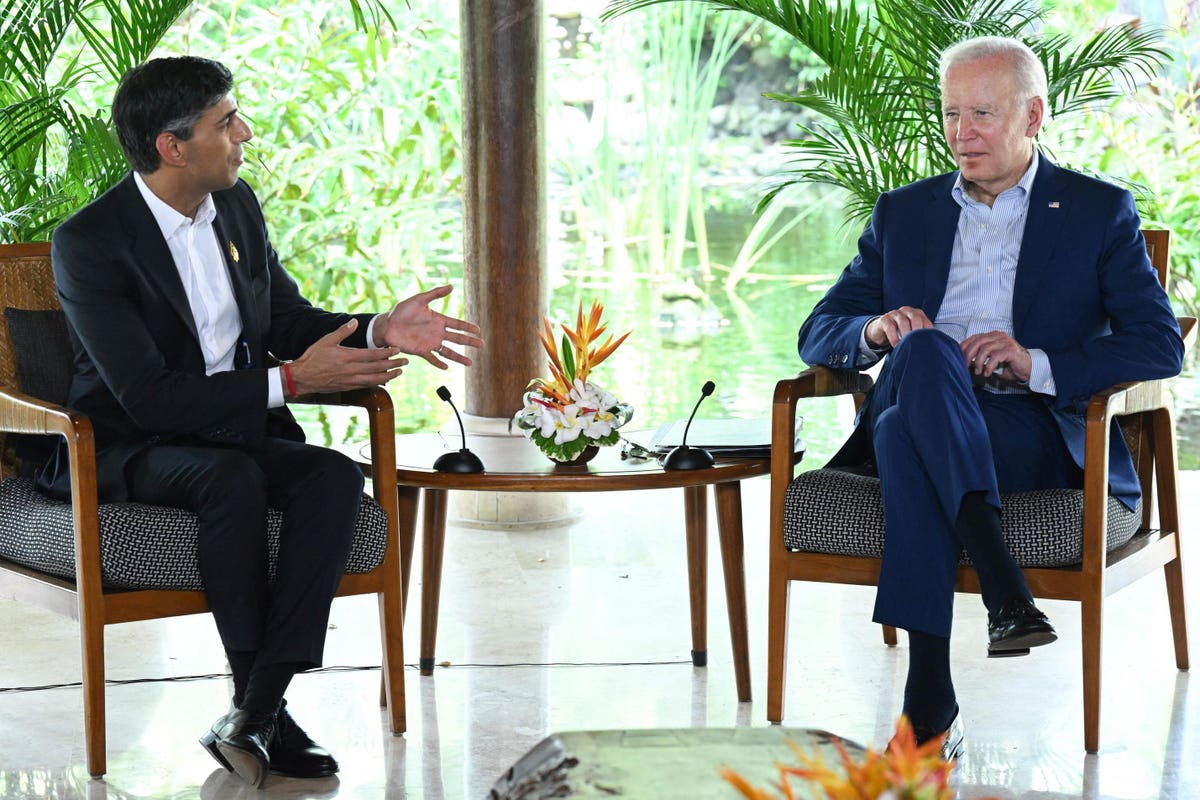 Special Weekend Update: Looking to the SPX for direction for CME_MINI:ES1! by maikisch