The pausa pranzo — the “lunch pause” — is an almost sacred tradition in Italian working life. When the clock strikes uno, office workers head home or into a nearby osteria and relax for an hour (or several) with good food and company. The dreary desk lunch has yet to truly penetrate the business world in Rome or Milan, and one hopes it never will.

It is the image of an alternative Italian life that, at least once during the week, reminds me to treat myself to a leisurely lunch break, a proper pausa pranzo. “Pause” feels more ponderous than “break”, and so I fill the allotted hour with activities of this nature. Sometimes this is as simple as a long walk along the river; at other times, I wander the backstreets of an area to discover new cafés or I seek little rushes of culture in galleries or museums.

The following recommendations are a small selection of the many rejuvenating ways to fill a lunch hour around three of London’s main office hubs. I guarantee that on these days you will return to work reset and ready to plough on through the afternoon.

Bloomsbury and King’s Cross are frothing with creativity, as tech giants, start-ups, marketing agencies and small publishing houses rub shoulders with academia and museums. Your lunch break could take you anywhere from the British Museum to view the magnificent Assyrian lion reliefs, to the Regent’s canal at King’s Cross watch the boats. To narrow things down a bit, I focus on green space — especially at King’s Cross, where new buildings are almost always going up. The tree-lined St Pancras Old Church Gardens, for instance, provides a tranquil picnic spot. The church is tiny and medieval, with remnants of paint peeping from beneath the plaster. Also, the writer and women’s rights activist Mary Wollstonecraft is buried in the graveyard.

Nearby is Camley Street Natural Park — an urban wildlife sanctuary on Regent’s Canal where blossom-embowered walkways weave between ponds and rushes. You can sit and read at the outdoor café, watch boats drift along the water and delight in the illusion that a little nature adds to a city.

Just over the bridge is Coal Drops Yard, where Thomas Heatherwick’s sublime architecture flows over the stolid geometry of industrial warehouses that were once used for hauling coal up from barges on the canal. The Yard is now a shopping arcade with more than a dozen eateries, but if you’re there at the end of the week, the best lunch is to be found at the stalls beneath West Handyside Canopy, a former fish market, which is open Friday through Sunday. Here they offer the usual London array of eclectic deliciousness — everything from bibimbap to oysters.

Stroll along Regent’s Canal to the floating bookshop Word on the Water, and see what takes your fancy from its august selection. In winter, they light the stove and the reading space gets cosy. For another true emporium of delight, peruse the Relic Antique Warehouse, which describes itself as selling “exquisite antiques at fine prices”. Be warned, your purchases will be impulsive and eccentric.

If you are more Bloomsbury inclined, your lunch break may well involve some glorified slacking in one of its leafy squares — Gordon Square is particularly good for this. On the corner is a little kiosk called Momo’s Garden Café, from which the smell of baking wafts across the green.

If all that is too much, simply visit the Waterstones café inside a turreted red-brick fortress surrounded by Gower Street, Torrington Place and Malet Street. This Hogwarts-like branch of the national bookshop chain is just the place to find a nook and pass an hour reading.

Before you start exploring this steel and glass Mount Parnassus, stop off at a spot that stands in direct contrast with it: the Yurt Café, a couple of minutes from Limehouse station. Though it sounds gimmicky, this tranquil garden and tent set-up is very appealing, especially if you want to spend time reading the paper. They also do good Moroccan-inspired dishes and cake.

From here, stroll along to Limehouse Marina, where boats’ masts tinkling in the breeze provides the most sonorous of joys. The Marina was once used to unload coal and timber from cargo ships — as well as, unusually, circus animals and ice. German submarines were scrapped here after the first world war; now it’s a mix of narrowboats and luxury yachts.

After just two stops on the DLR to Canary Wharf (or a 20-minute walk along Narrow Street), you are dwarfed by New York-style skyscrapers. Green relief awaits at Jubilee Park, where benches sit alongside sculptures and fountains. Crane your neck up beyond the trees to admire César Pelli’s God-bothering glass finger. If it’s a chilly day, the Crossrail Place Roof Garden offers the same effect but you will be sitting snug beneath a greenhouse covering.

If you’re curious about the area, the Museum of London Docklands provides a fascinating insight into the story of the Thames and the Port of London, as well as its fraught colonial history. Much of Docklands was devastated during the Blitz in the second world war, but this museum reimagines the thriving port, with its pubs populated by sailors; the creak of keels and gaskets, the shouts of aft and stern as ropes were thrown when boats came into harbour.

Buoyed by this spirit, you may wish to pick up supper at Billingsgate Fish Market, where porters used to wear special leather hats on which they carried crates.

If you’re on a longer lunch break, stroll down to Millwall Park and Mudchute Farm and café, on the Isle of Dogs. Again, there’s a New-York feeling to leaving the skyscrapers and hitting the river, although the city farm with its lambs is idiosyncratically British. Continue walking to the river and look across to Greenwich’s magnificent Old Royal Naval College. Jump on one of the Thames Clippers boats from Masthouse Terrace Pier and leave Canary Wharf behind you. You’ll want to commandeer the boat, head for the high seas, feel the wind in your hair and not look back. But oh no . . . there goes the lunch bell.

Step out of the office and take in the domed view of St Paul’s and the spires of Baroque churches competing to be seen amid the ever-expanding mass of steel and glass.

Though the City is closely packed, there are gardens aplenty. From the top of the Monument, built to commemorate the Great Fire of 1666, you can spot dozens of these little handkerchiefs of green. Particularly pleasant is Postman’s Park, laid out in a circle of benches and a small pond, with plaques dedicated to everyday heroes who died while saving others’ lives.

More gardens would have been added if Christopher Wren’s plans for rebuilding after the fire had been realised. He designed the new city around piazzas and canals, but his vision was rejected and the area was developed on an ad hoc basis, which goes some way to explain its higgledy-piggledy nature.

Still, Wren built 51 wonderful churches in the Square Mile, of which a personal favourite is St Mary-le-Bow — famous for the Bow Bells that have rung out for centuries. Inside is a lovely café, but equally you can sit in the pews and just think for an hour. Indeed, a church is one of the few places in corporate London where you don’t have to queue, pay or make a reservation.

Like most historic churches, these have fabulous acoustics, which you’ll discover if you slip inside for one of their daytime concerts, of which there are many throughout the week, from organ recitals in St Michael Cornhill to soothing classical guitar or jazz in St Stephen Walbrook. The latter’s altar was carved by Henry Moore, and the church was the founding place of the Samaritans mental-health charity.

The old St Stephen Walbrook used to sit above the ruins of the Temple of Mithras, or the London Mithraeum, which now lies concealed beneath the Bloomberg building (its remains were discovered in 1954). Visiting is somewhat psychedelic — as you descend underground to the temple, a sound and light medley attempts to conjure the experience of Roman worship and ritual. The adjoining museum of Roman artefacts found by archaeologists during excavations from 2012-14 is fascinating.

For a quick art fix, the two-roomed Guildhall gallery is a gem. Here you can gaze at a Rossetti redhead, Constable’s sylvan landscapes and a peculiar 1901 painting of a grey London day by Hugh Goldwin Riviere called “The Garden of Eden”. In it a couple walk together, their hats dripping with rain. Mist rises from railings and resolves around them; in the background are cabs and solitary figures in suits. Somehow this dreich depiction of urban life was Riviere’s version of paradise.

Towards Bank and Liverpool Street, two public spaces are notable for being friendly and accessible. The first is Devonshire Square: a hidden gem found by ducking down Devonshire Row (or the back way via Cutler Street) and emerging into this cavernous warehouse complex, with trees reaching up to a glass roof. There are plenty of benches to perch on with a sandwich, otherwise Cinnamon Kitchen does a grand lunch.

The second is the ornate Leadenhall Market, a former poultry, game and meat market dating back to the 14th century. Its current wrought iron and glass structure was built in 1881, and today its arcades are filled with shops and pubs. A century later, Richard Rogers designed the nearby Lloyd’s Building with all its innards (vents, cables, ducts) on the outside to leave more space inside for employees. As a result, the trading halls are lofty and uncluttered, and the facade is as bizarre as the Centre Pompidou’s (co-designed by Rogers) but rendered in the smooth beauty of monochrome steel. To my mind, it’s one of the most beguiling pieces of modern architecture in the City, and certainly more considered than the cheesegraters, nozzles and apple-corers that have sprung up since. Rogers died last year but his people-centric architectural ideas, like Wren’s, will resonate for centuries.

Where in London do you like to go for a lunchtime walk? Tell us in the comments

Cities with the FT

FT Globetrotter, our insider guides to some of the world’s greatest cities, offers expert advice on eating and drinking, exercise, art and culture — and much more 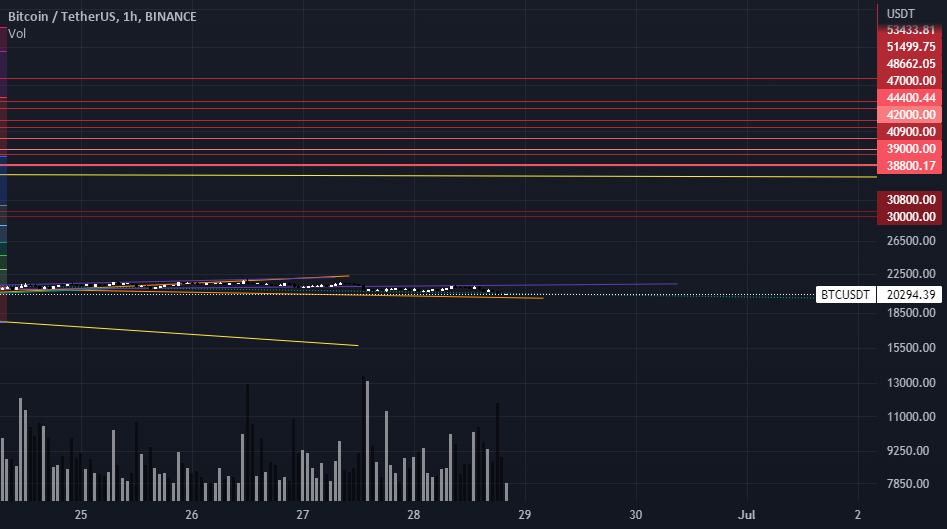