The intimidation of Slovenia’s chief auditor started soon after his institution began to look into government procurement of protective equipment during the pandemic.

“There was a sudden change,” Tomaz Vesel, the auditor general told the Financial Times. “Attacks against the court [of auditors], and very personal attacks against me began . . . with a clear aim to relativise possible findings.”

Vesel’s audit identified procurement irregularities but also acknowledged the frantic race to buy masks and gowns during the early days of the crisis. Yet even then the campaign of denigration continued — with hit pieces in pro-government news outlets and a volley of tweets from Prime minister Janez Jansa questioning Vesel’s integrity.

After the report was published the police started investigating the audit office, Vesel said. “It was the first time — I never faced that in my whole career, nor has the institution. I hope there is something substantial behind it. If not, it’s a form of political pressure.”

Vesel’s treatment is indicative of growing concerns about Slovenian democratic norms and the rule of law as the country prepares to assume the EU’s rotating presidency in July.

Jansa is well-known for his aggressive Twitter interventions. But critics fear his government is also attempting to roll back democratic checks and balances, as in neighbouring Hungary.

“You can really feel the culture of not accepting the control mechanisms in our society,” said Vesel. “The constitutional court, the ombudsperson, and the court of audit are like an immune system. If you attack your own immune system, there are several diseases on the horizon.”

“In democracies, there should be narrow limits of acceptable criticism of judges but in Slovenia our government doesn’t respect any of these limits,” said Rok Ceferin, a judge on the court. “We are discredited, humiliated, and insulted every time we bring a decision disliked by the government, by the premier and, in some cases, his close associates.”

Jansa was a communist youth leader before coming to political prominence as a dissident in the late 1980s when Yugoslavia, of which Slovenia was a part, began to unravel. He wrote articles for Mladina, a youth publication he now publicly reviles, and was arrested in 1988 for an article he co-authored that, according to the authorities, betrayed military secrets.

His arrest sparked mass demonstrations that many credit with quickening the pace of democratic reform in Slovenia.

But in 2013, during a second term as premier, he was convicted for taking bribes in a weapons procurement deal. The constitutional court overturned the verdict in 2015. But Jansa has long blamed the media for pushing him out of office.

After returning to power for a third term in March last year, when a left-leaning coalition collapsed, he said that a “war against the media would be more than welcome in Slovenia”.

“An atmosphere of intolerance and hatred is being created by a small circle of female editors, having both family and capital connections with the pillars of the deep state,” he wrote in an essay.

He has made a sport of publicly attacking media organisations and journalists on Twitter, earning him the moniker “Marshall Tweeto.”

While much of the pressure comes via social media, in what Vesel describes as a “well-designed and well-produced campaign” with a “pattern of attacks”, some Slovenes worry that significant damage is being done.

In March, the Slovenian Association of State Prosecutors complained to the Council of Europe, the region’s democracy watchdog, about what it called “numerous inadmissible pressures” on the judiciary. It noted public criticism by Jansa and his allies and the blocking of several key judicial appointments.

It also pointed out that the government has delayed appointing Slovenia’s two delegates to the new European Public Prosecutor’s Office, set up to examine misuse of EU funds. The EPPO is supposed to open on June 1, but will have to make do without Slovenian prosecutors.

The association said this was because the nominees had “fallen out of favour with the SDS [the Slovenian Democratic party] and its president Janez Jansa”.

The government did not respond to requests for comment for this article.

The prime minister has also waged a campaign against the state-owned Slovenian press agency (STA). It began shortly after an October 2020 meeting between Jansa and Orban, said Petra Lesjak Tusek, president of the Slovene journalists’ association. The government complained, she said, that an agency report of the meeting was too short. Soon after, it halted public funding.

“The agency is teetering on the brink of insolvency,” said its editor in chief Barbara Strukelj.

Jansa has accused the STA, national broadcaster RTV, and the largest private TV station POP and other media outlets of spreading “lies”. The government has proposed an overhaul of media legislation which “have the common purpose of punishing the media”, said Marko Milosavljevic, a journalism professor at the University of Ljubljana.

He said Jansa was following the Orban playbook by shutting down critical media voices and ensuring allies take control of other outlets.

Slovenia’s government is following all of Hungary’s “strategies, all of their patterns of censorship, and control over public media”, he added.

Jansa has fought back claims that his government is pressuring the media.

In March, he clashed with Sophie in t’ Veld, a member of the European Parliament, during a videoconference hearing on democratic standards. When she refused to allow him to play a video claiming that journalists are biased, Jansa accused her of censorship — and disconnected the call. 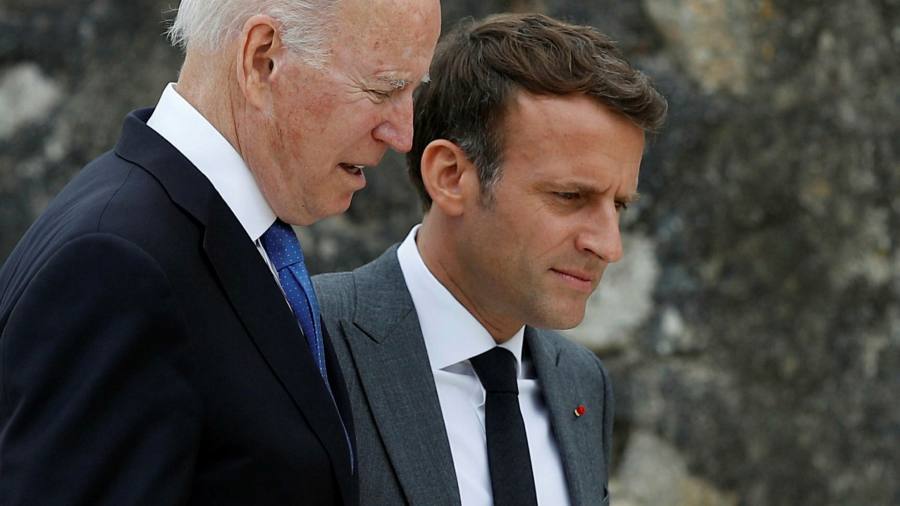 Who is the fastest player in the NFL? Here’s where Tyreek Hill, Lamar Jackson rank in 2021
5 seconds ago Evergrande Gave Workers a Choice: Loan Us Cash or Lose Your Bonus
17 mins ago