Robinhood built its business on helping millions of American investors lift stocks “to the moon”, a phrase adopted by those seeking to drive up share prices of favoured “meme-stocks”. But as the US brokerage sold its own shares to the public for the first time on Thursday, the favour was not returned as many ignored the call to buy and some even relished the slide in its shares.

In its few short years Robinhood has revitalised a type of day trading last seen in the dotcom boom, and subsequent bust, more than two decades ago. Investors on its app have sent stocks like Tesla and cryptocurrencies such as dogecoin to all-time highs, and brought conversations about financial markets back to dinner tables across the US.

Its pitch to investors has become marketing folklore: everyone should have access to the US stock market, not simply moneyed institutions on Wall Street. For a moment this year the populist narrative almost held, as newly minted online traders helped send shares of GameStop rallying to the detriment of a prominent hedge fund. Its user base swelled to 31m and it now counts 22.5m funded accounts.

But its rise has been pockmarked by crisis and scandal. It has suffered outages. Customers have been locked out of accounts, with little access to support. It has been fined heavily and regulators have ramped up investigations into how it makes money and whether its game-like features have crossed the line. Vlad Tenev, the Robinhood chief executive, was forced to appear before US Congress earlier this year.

Robinhood’s stock market debut was meant to start a new chapter for the broker. Instead, with shares falling 8.4 per cent from the $32bn market capitalisation set by the company just hours earlier, it represented one of the worst ever starts for an IPO of its size. And it underscored how much work it will have to do to convince the investing world its business can withstand growing pressure from regulators, and that the American public will keep trading once the pandemic is over.

“The whole business model could be impacted by a regulatory crackdown,” says Reena Aggarwal, a professor at Georgetown University in Washington. “The IPO performance doesn’t help. People are feeling like ‘I’m not the only one who has doubts.’ The whole market has doubts about the future of the company.”

For many, the Robinhood brand has come to represent an entire generation of younger, active investors who have surged into the market since the start of the pandemic. The company’s rise began in 2013 with a free app that let users share stock predictions. Two years later, it developed an app that allowed commission-free trading, attracting a waiting list of 800,000 people before launch.

Co-founders Tenev and Baiju Bhatt and their early investors wagered that stock trading would be the wedge into the wallets of millions of new consumers.

Chad Byers, whose firm Susa Ventures first invested in Robinhood in 2013, says the company benefited from “unfair customer acquisition costs” compared with other financial technology start-ups due to the hype around low-cost trading. “It was the most inherently viral part of fintech,” Byers says.

“The brand Robinhood stands for the next generation of consumers,” Tenev said in an interview with CNBC on the morning of the float. “Over time we’d like to be the most trusted, and most culturally relevant investment app worldwide.”

Cultural relevance came easily to the broker. Its easy-to-use app, with serotonin-inducing features, attracted customers and inspired them to check in with the app seven times a day on average.

Its more recent dramatic rise has piggybacked on a once-in-a-lifetime moment that sent US markets into a tailspin and locked most people in their homes. Government stimulus to deal with the pandemic helped plump up savings accounts, and with betting and sporting events cancelled millions of Americans turned to Robinhood to try their hand at something new. And they did so just as the market caught fire, hitting dizzying new heights.

Zero account minimums and the ability to trade fractional shares helped supercharge its growth and attract people who wanted to enter the market with small sums. This growth put pressure on established brokers and nearly every major player dropped trading commissions by the end of 2019.

Trust has been a bigger challenge. Technical difficulties with its platform on high-volume trading days have cost customers tens of thousands of dollars in losses, according to the regulators of which it has repeatedly run foul.

Several large institutional investors — which are normally crucial to the success of any company in its IPO — sat out Thursday’s flotation, according to people briefed on the matter. Some could not be convinced that Robinhood did not face an “existential threat” to its business from possible regulatory reform, according to one adviser to the company.

Others looked askance at an IPO that planned to put as many as 35 per cent of the 55m shares on sale in the hands of everyday retail investors, a major departure from a traditional listing where the figure often hovers at about 10 per cent.

Robinhood developed plans to offer a portion of the IPO to customers well before it selected banks to lead the process, says one person familiar with the decision. In the end, it sold between 20 and 25 per cent of its shares to customers on its own app, one adviser says. The broker had billed the move as another step along the road to democratising the way high finance operates.

But bankers involved in the process worried about the potential for a lukewarm reception to the offering. As they worked to gauge demand over the past week, it became clear that they faced difficulties drumming up support from many big money managers.

Robinhood’s private backers were equally nervous as it became apparent via feedback from top fund managers that the company’s IPO would receive a lacklustre reception from the public markets. The company ultimately priced its shares at the bottom of a range marketed to investors, and in the first minutes of trading it sank rapidly even from that level, cutting its valuation by nearly $3bn to $29bn.

Death of a day trader

Robinhood’s business model is heavily dependent on revenue from selling buy and sell orders from clients to high-speed market makers, a controversial practice known as payment for order flow. So-called Pfof has come under scrutiny for failing to provide the best prices to investors, and regulation of the practice was one of the many things listed in a more than 70-page “risk factor” section of the Robinhood prospectus.

Brad Sherman, a California Democrat, sponsored a bill in Congress in July that would direct the Securities and Exchange Commission to study Pfof and make recommendations including potentially banning the practice. Gary Gensler, the commission’s chair, is an outspoken critic of Pfof.

Robinhood makes it possible to easily trade stocks in seconds. But it has also lowered barriers to access for higher-risk trading products such as derivatives, leverage and cryptocurrencies, which are difficult to understand and can intensify investor losses, say critics.

Options trading represents the largest chunk of Robinhood’s revenues, contributing 38 per cent of business in the first quarter of 2021. Another 17 per cent came from cryptocurrency trading, with more than one-third of that attributed to speculation in dogecoin, which was initially set up as a joke.

In the run-up to the IPO, Tenev emphasised that Robinhood was a “safety first” company, an attempt to combat criticism that the brokerage incentivised novice traders — half of its customers are first-time traders — to play in these riskier products while providing inadequate customer support. But experts say the numbers don’t stack up.

“The conventional wisdom in customer services is 1,000 or 2,000 customers to one [customer service representative],” says Thomas Peterffy, chief executive of trading platform Interactive Brokers. “Robinhood has 22m customers . . . but only 2,000 total employees. How do they do any customer service?”

This lack of customer support came to a head in June 2020, when Robinhood customer Alex Kearns died by suicide after mistakenly believing he had incurred $730,165 in losses on a margin trade. In fact, his account had a balance of $16,000. Kearns emailed the brokerage’s customer service email — there was no phone number at that time — but only received automated responses before his death.

People close to the company say Robinhood recognised its problems too late to avoid tragedy. Former employees say the death of Kearns was a turning point for the broker’s disrupter approach to financial markets, and it rushed to reinforce its legal and compliance teams, as well as its lobbying presence in Washington.

“Robinhood said they are first and foremost a tech company, but if you are managing people’s wealth, you better see yourself as more than a tech company,” says Democratic congressman Sean Casten, a member of the powerful House Committee on Financial Services.

Lawmakers say providing access is not enough when an app is designed to incentivise trading behaviour and leaves vulnerable customers exposed to the sharp end of the markets.

“If we just say market participation per se is a good thing then we will have negative consequences like what happened to the Kearns family,” Casten says. “Why are we encouraging people to day trade?”

In May, the US regulator Finra levied its highest-ever fine against the brokerage, $70m, for causing “widespread and significant harm” to investors. Robinhood’s business model and practices have also drawn ire from the SEC and Massachusetts, New York and California state regulators.

It is unclear how the brokerage will continue its breakneck growth as it attempts to transition from disrupter to part of the firmament of the financial industry. Robinhood’s revenues are dependent on trading volumes, which hit record levels during the pandemic but are expected to drop as pandemic restrictions are eased.

Experts say Robinhood’s wild success has also been dependent on something it cannot control: a bull market.

“It’s easy to make positive speeches about democratising finance when everything is going up,” says Patrick Krizan, senior economist at Allianz. “It will be more interesting to see how people behave when we democratise the downturn.”

Kelly Rowland is trying to make it through the pandemic, too
5 seconds ago 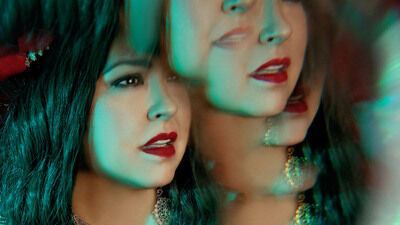 That Space Between Awake and Asleep: Rebekah Del Rio on the Twentieth Anniversary of Mulholland Dr. | Interviews
2 mins ago 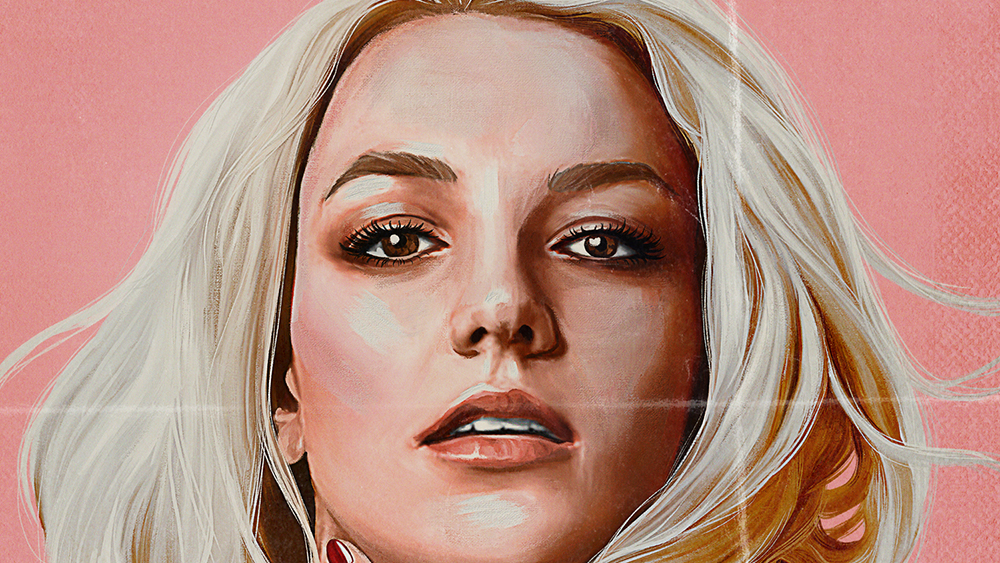