Since the start of the coronavirus pandemic, more than 33 million Americans have filed for unemployment benefits, including more than 1.8 million New Yorkers. New York State has hardly been spared the economic effects of Covid-19, with the statewide unemployment rate increasing from 4.5 percent in March to 15.9 percent in July, according to the latest data available from New York’s Department of Labor.

In the midst of an economic recession and with unemployment soaring, the New York State Assembly and Senate are pushing a perplexing bill to make a specific job, shampoo assistant, harder and more expensive to obtain. “It’s shocking that with so many New Yorkers out of work that some legislators want to throw obstacles in front of job seekers. Their focus should be on cutting taxes and regulations, not creating more,” said Assemblywoman Nicole Malliotakis, a Staten Island Republican.

Three New York legislators sponsored bills that would require shampoo assistants, who work in hair salons, to become licensed and to obtain a newly created “Shampoo Assistant Certificate.” The certificate would necessitate prospective applicants to have “completed a minimum of 500 hours of the required 1000 hours of an approved cosmetology course, in a duly licensed school” in order to begin working, according to the current proposal.

Let’s pause here to soak in the sheer ridiculousness of this proposal. In order to be able to wash someone’s hair at a salon for an average wage of roughly $10.50 per hour, the bill’s sponsors want individuals to spend 500 hours jumping through training hoops? Moreover, they want applicants to pay for the privilege of washing hair by requiring them to enroll and pay tuition in an approved cosmetology course, which in New York averages over $13,000? This is preposterous, head and shoulders above what should be required of the job.

The text of the bill does little to wash away concerns. The authors claim that participating in a “school supervised, clinical setting” and performing “hands-on procedures that are an extension of the instructional program under the direct supervision of a licensed health care professional” will allow an “individual to gain valuable employability skills and supports the career readiness skills needed for success in the world of work in their chosen career pathway.”

Here comes the best part: “Observing advanced procedures and techniques in a salon setting allows students to gain knowledge and skills to better prepare them to successfully complete the licensing exams.” A job as a shampoo assistant is often a stepping stone towards a career as a hair stylist or other job in the salon industry, but advanced procedures and techniques? As John Vezza, whose family has owned Astor Hair in New York City for 75 years, told The New York Post, who first reported the story, “a 10-year-old kid would be qualified enough to wash someone’s hair.”

The State Senate’s draft makes this claim more specious by limiting shampoo assistant’s tasks to greeting and draping clients in preparation for services and “shampooing and rinsing clients.” It explicitly prohibits them from tasks that could be perceived to have health and safety implications. For example, the Senate’s bill bans shampoo assistants from “applying chemicals to clients; performing haircutting techniques; placing artificial braids or extensions on clients. . . performing any skin care procedures; and performing any waxing services.” “It’s crazy. Talk about being an obstruction to people getting after-school jobs or an entry-level job, or being able to make a living while learning a trade,” Cam MacDonald, of the Empire Center for Public Policy, told The Post.

Mark Luciano, chief of staff to Assemblywoman Carrie Woerner, one of the bill’s sponsors, countered in an e-mail that “shampooing in a salon does require further knowledge than what one would typically think of for their daily routine. Cosmetologists receive training to spot skin diseases and fungal infections, training in techniques to prevent chemical burns to the skin or eyes when using bleach or other chemicals, and techniques to properly rinse out color—which also contains chemicals—properly.” Luciano did not respond directly to a question I posed about whether there have been any documented incidents or accidents caused by shampoo assistants washing hair.

Who came up with this ‘hair-brained’ proposal? In the Assembly, the legislation is sponsored by Carrie Woerner of Saratoga Springs and John T. McDonald III of Albany. Senator Jen Metzger of Middletown introduced a companion Senate bill. The justification offered by the bill’s sponsors and lobbyists is credulous. They claim that the shampoo assistant role was “a gray area within current state law and the intention was to create a legal framework so salon owners could hire assistants without fear, according to The Post. Senator Metzger did not respond to an e-mail with detailed questions about the bill.

“There are people in the state right now who have hired ‘shampoo assistants’ who are being fined now for doing it. It takes it above-board, makes it legitimate,” Todd Garofano, executive director of the Salon & Spa Professionals of NYS, which is lobbying for the bill, told The Post. It should be noted that Todd Garofano is the father of Christopher Garofano, who is the legislative director for Assemblywoman Carrier Woerner, one of the bill’s sponsors. Christopher confirmed the relationship in a phone call with me. In a follow-up e-mail, he stated “I do not personally participate in meetings / conversations about this bill.”

Garofano and other trade group lobbyists insist the bill actual helps by clarifying existing law and protecting salons. There does appear to be some ambiguity in current law about what duties a shampoo assistant can and cannot perform. Luciano, Woerner’s chief of staff, argues that “under current NYS law it is illegal for any staff member in a salon who is not a fully licensed cosmetologist with 1,000 hours of training and who has also passed a written and practical exam to physically interact with a client in any way – including shampooing.” Furthermore, there is currently no entry for “shampoo assistant” in the state’s division of licensing services manual. “My proposal would cut this requirement in half, allowing students to get hands-on experience and start earning a paycheck earlier in their career.” Ms. Woerner said in a Facebook post defending the bill.

A Much Simpler Solution

There is, of course, an obvious and much simpler solution than the proposed legislation: Pass a bill that unequivocally states that shampoo assistants do not need a certificate to work and that salon owners are allowed to hire them at will without any fine. And then make sure that no salon is in fact fined. Wouldn’t that accomplish the same goal—allowing salons to hire shampoo assistants freely—as the expensive and time-consuming process being proposed without putting an unnecessary burden on low-wage workers? When I posed this option to Luciano, he replied that “it is unlikely that the State Education Department would agree that there should be no training at all to shampoo hair.”

Maybe we should ask?

Or, even if one stipulates to Luciano’s argument, surely a 40- or 80-hour course in basic techniques including preventing chemical burns and rinsing out bleached products would suffice.

New York Adds Hurdles While Other States Removes Them

Licensing requirements are nothing new and have proliferated in recent years. As Lyman Stone pointed out in a piece for The Atlantic, while having regulations and licensing rules is clearly needed in some fields to address health and safety concerns, “most of the growth in licensure has been in fields where health and safety justifications are less salient: Do you really need hours of course work and special exams to be a florist, an interior designer, or an auctioneer?” Moreover, why does it take more hours of instruction to become a manicurist than to become a paramedic?

A report published by the Obama administration in 2015 noted that more than 25 percent of U.S. workers now require a license to do their jobs and that the share of workers’ licenses at the state level has increased more than five-fold since the 1950’s. The report found that these license hurdles not only translated to fewer job opportunities, but also to higher prices for consumers. “Research shows that by imposing additional requirements on people seeking to enter licensed professions, licensing can reduce total employment in the licensed professions,” according to Professor Edward Timmons. A report by the libertarian Institute for Justice found that close to two million jobs are lost annually due to licensing requirements.

The Obama study also highlighted many examples of states pushing for deregulation. In 2011, Michigan recommended that 18 occupations be deregulated. Texas recommended six licensed occupations be deregulated in 2014. Earlier this year, Florida passed The Occupational Freedom and Opportunity Act, with overwhelming bipartisan support. “The bill fully repeals some of the state’s most unnecessary licensing laws, including those that previously governed interior designers, hair braiders, and boxing match timekeepers. It loosens the state’s cosmetology licensing laws to allow a wide range of hair and nail styling activities to take place outside of licensed salons—a particularly timely reform in the midst of the coronavirus pandemic, as it will pave the way for stylists to make house calls,” wrote Eric Boehm.

Overall, the National Conference of State Legislatures (NCSL) has found that over 1,000 licensing reform bills have been introduced in 2019, a 25 percent increase from 2018 and a figure that still undercounts the total number of bills because “the organization only tracks proposals that affect professions licensed in at least 30 states,” noted Boehm.

So why are New York legislators pushing this bill?

There is a single-word reason that could explain why the bill’s sponsors didn’t take this approach: money. As the authors bluntly state, “this bill would provide additional revenue to the state in the way of application fees and fines for practicing as a shampoo assistant without the proper certificate or practicing as a shampoo assistant after the certificate has been suspended or revoked.” The proposal would have certificates for shampoo assistants expire one year from the date of issuance, essentially forcing shampoo assistants to reapply yearly and pay additional fees to the state (the certification and license fee amounts are not stated in the current draft of the bill). When asked about how much the certificate fee would be, Luciano did not reply directly, simply saying that the fees would be “minimal” and were meant “to cover the administrative cost of processing the application.”

Moreover, the license requirement would be a boon for New York cosmetology schools who would surely see higher enrollment if the bill passes. Michelle D’Allaird Brenner, an esthetician who owns the Aesthetic Science Institute, stands to benefit from the proposed bill. “Our businesses thrive on the fact that these students need these hours in order to get a license and to work,” she told The Post. “We would surely be negatively impacted if there was any lack of licensure requirement.” Ms. D’Allaird Brenner is also the chair of the New York State Board Of Cosmetology, who has lobbied for the bill’s passage.

The push for additional revenue is understandable. New York is facing a roughly $14 billion budget shortfall and has spent more than $5 billion combating Covid-19. However, while one can appreciate the budget shortfall that New York and all other states are facing due to coronavirus, machinations to increase revenue on the backs of low-wage workers simply trying to make ends meet are regressive. Surely there are more efficient and progressive avenues to raise much needed state revenue that don’t place an excessive burden on entry-level positions.

It behooves the New York State Assembly and Senate to send the shampoo assistant certification requirement straight down the drain. Perhaps they should spend their time and effort on other priorities instead, like creating jobs, ensuring the financial security of millions of struggling New Yorkers, and providing resources and support to fight Covid-19. 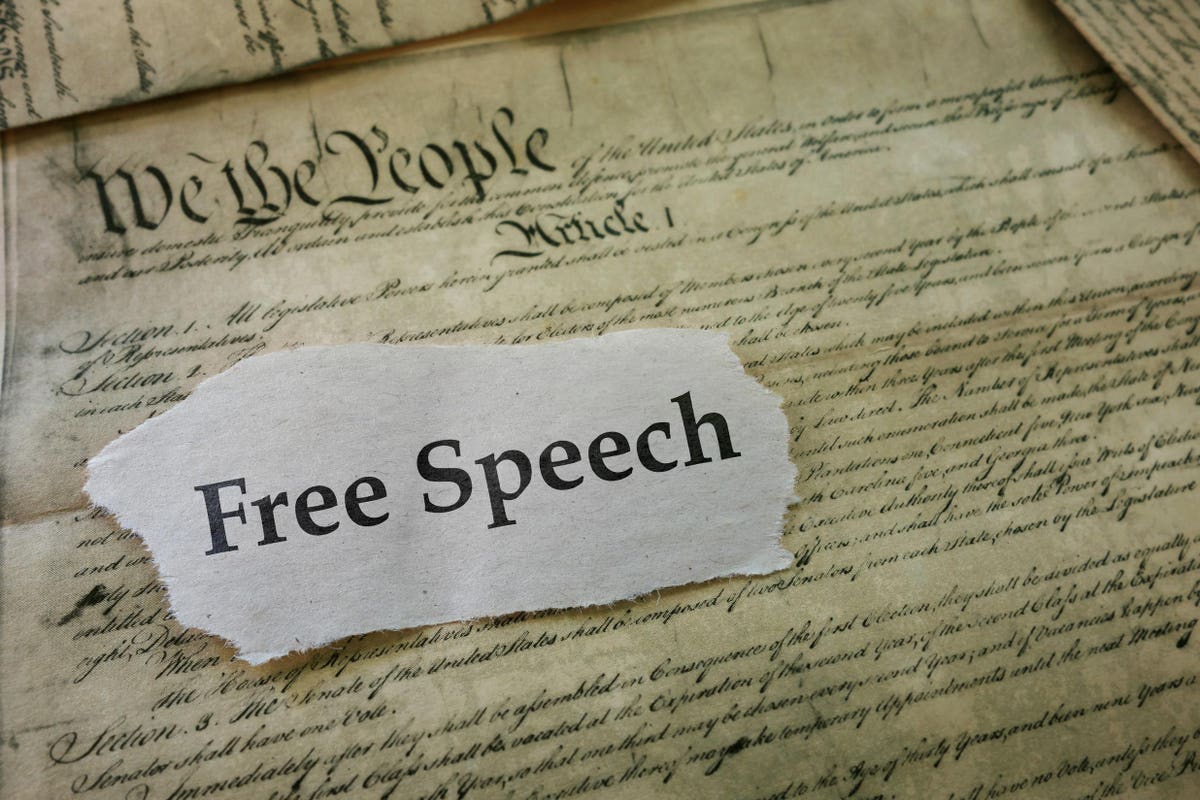 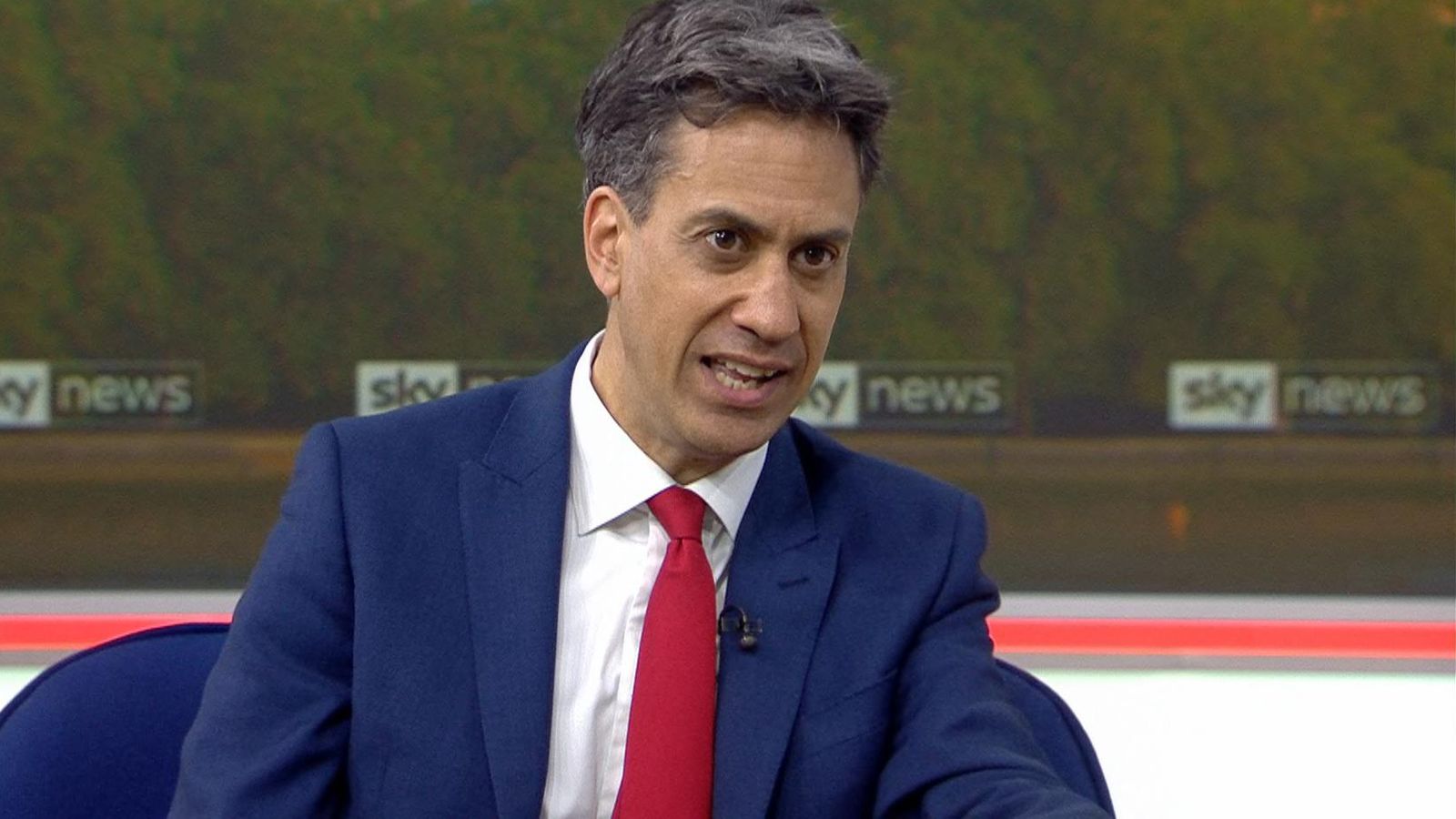 Ed Miliband: Being opposition leader ‘very unforgiving’ but Sir Keir Starmer is ‘up to it’
1 min ago 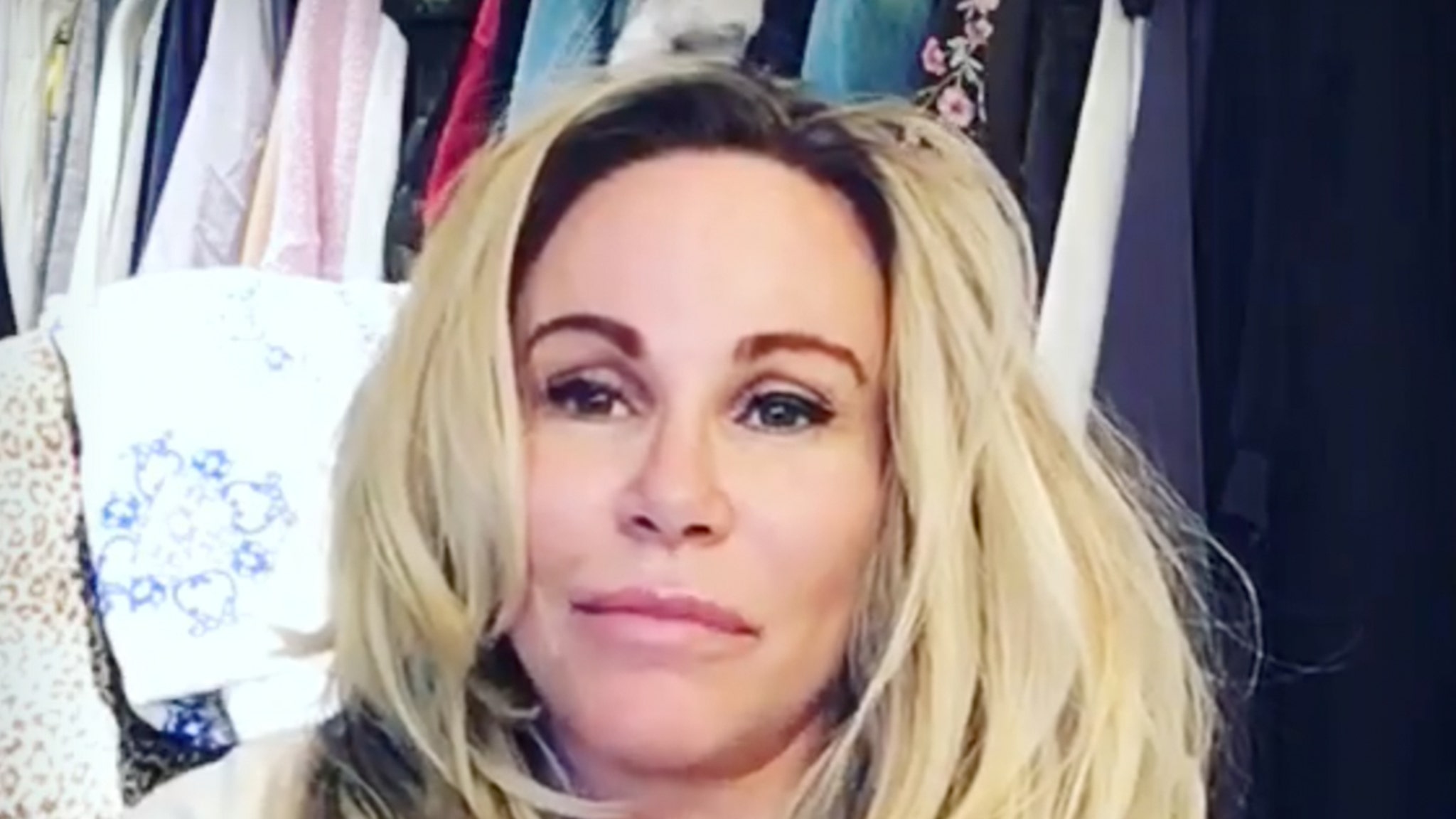 Chrissy Teigen accused of cyber-bullying Courtney Stodden a decade ago