Raymond J. Donovan resigned as labor secretary under President Ronald Reagan while facing criminal charges for having previously schemed to defraud New York City. Donovan was defiant and when a jury ultimately acquitted him he famously said, “Which office do I go to to get my reputation back?”

Matthew Connolly, former Deutsche Bank AG director, filed a lawsuit seeking $150 million against Deutsche Bank for the losses he suffered after being indicted, found guilty and ultimately acquitted by an appellate court on charges that he was involved in the sweeping LIBOR bid-rigging scheme. Connolly’s complaint is an indictment of the government’s prosecution and how it worked with a private law firm to to not only place blame on Connolly but helped the bank avoid larger penalties.

The practice of going after an individual rather than just the corporate entity has its roots in the Yates Memo, named after the then-Deputy Attorney General Sally Yates. The memo states, “One of the most effective ways to combat corporate misconduct is by seeking accountability from the individuals who perpetrated the wrongdoing.” On the surface the concept seems reasonable, however, in practice it is more difficult and the person who takes the brunt of the claims against the company becomes a pawn in the criminal justice system.

In federal criminal cases, the statistics are overwhelming that convictions or guilty pleas result in nearly 99% of the indictments brought by government prosecutors. While nearly 90% of those indicted end up pleading guilty, the remainder are likely to lose at trial. For those few that go through an indictment and somehow prevail, theirs is a life that is forever altered, even in victory. The loss of their reputation, profession, personal relationships and the negative implications that the indictment has on the family are permanent. Connolly is now seeking damages for what happened to him and a review of his case shows the misguided incentives that can result in pursuing the lofty goals of the Yates memo.

The Wall Street Journal reported in April 2008 warning of concerns that LIBOR was “becoming unreliable.” “LIBOR” stands for London Interbank Offered Rate. It is a benchmark interest rate at which major global banks lend to each other in the international interbank market for short term loans. It is based on five currencies: the US dollar, the Euro, the British pound, the Japanese Yen and the Swiss franc. It is slated to be phased out by June 2023.

In 2010, the United States Securities and Exchange Commission (SEC) opened an investigation into Deutsche Bank’s potential role in connection with LIBOR manipulation. In April 2010, the Commodity Futures Trading Commission (CFTC) sent Deutsche Bank a letter advising that the CFTC’s Division of Enforcement was investigating whether LIBOR panel banks’ submissions were false or misleading.

When Deutsche Bank first approached Connolly regarding LIBOR issues in February 2013 it had been over five years since he had left the bank. The bank informed him that it had given his emails to the Federal Bureau of Investigations (FBI). Connolly, confident that he had done nothing wrong, was not concerned. He should have been.

Connolly, whose legal fees were mostly paid by Deutsche Bank, willingly participated in over seven hours of interviews with more than twenty people present from various government agencies, including the FBI, the Department of Justice, SEC and CFTC. Despite his cooperation and candid answers that he had done nothing illegal, in late April 2016 the DOJ advised his lawyer that he was a target of its investigation. On May 31, 2016, Connolly was indicted in SDNY.

Connolly, states his complaint that in “Deutsche Bank’s eyes he was the ideal fall guy because he had never been in senior management, was not a member of the “club”, had long since left Deutsche Bank and, having been a desk supervisor, gave the veneer of holding someone senior accountable.”

In October 2018, Connolly and Black’s trial began with U.S. District Judge Colleen McMahon presiding. It was odd that both Connolly and Black were being charged with conspiracy when the two had never met, never spoken or otherwise never communicated before the trial. The entirety of the evidence against Connolly focused on four emails, Connolly had sent three, and he had been copied on one. None of the emails by themselves were enough to incriminate Connolly but put into context of a theme of corruption, they were persuasive to a jury. In her opening statement at trial, the prosecutor told the jury that Connolly and Black’s “quest to make every extra dollar they could . . . they cheated by rigging the LIBOR interest rate.” What she didn’t say was that neither of men made any money off of any LIBOR movement, whether it was manipulated or not. There was no incentive for either of the men to act in their own self interest because there was no payoff.

The trial did not go well for the prosecution. Connolly stated in his complaint that a “prosecution witness who worked for Deutsche Bank admitted that he had committed perjury twice during the trial at the direction of a Deutsche Bank lawyer and DOJ prosecutor.” It was not only Connolly who was critical of the SDNY prosecution team. Judge McMahon made a statement at one point “if I had ten dollars for every time you [prosecution team] ever stood up and said that you misspoke, it’s more times in one case than the collective misspeaking of the Department of Justice in all of my 20-year criminal docket.” McMahon added, “I have never had a trial with so many surprises, fiascoes, [and] retractions, it hasn’t happened.”

The Yates memo was certainly tested at the trial and Judge McMahon expressed concern that Deutsche Bank’s private law firm, Paul Weiss Rifkind Wharton & Garrison, seemed to be deputized to do its own prosecution by feeding information to the government. Judge McMahon said, “there are profound implications if the government, as has been suggested elsewhere, is routinely outsourcing its investigations into complex financial matters to the targets of those investigations, who are in a uniquely coercive position vis-à-vis potential targets of criminal activity.”

Despite the alleged perjury and numerous misstatements, a jury found Connolly and Black guilty in October 2019. Connolly was convicted of conspiracy to commit wire and bank fraud. With regard to the submission of statements by Connolly that could affect LIBOR Judge McMahon stated, “Defendants didn’t put anything over on Deutsche Bank . . . . What was going on was no secret, and was – from all the evidence I have seen and heard – encouraged, if not orchestrated, by senior officials at the bank for the benefit of the bank.”

At sentencing, Judge McMah0n said, “I cannot make Mr. Connolly and Mr. Black scapegoats for the sins of the entire industry … Mr. Black . . . you were really a bit player in this. Mr. Connolly was barely a player at all. And given what has happened to everybody else in this case, and what has not happened to a lot of people who aren’t in this case – and aren’t in other cases – it would be a travesty to sentence Matt Connolly to a term of incarceration. . . . I can’t mete out a sentence of imprisonment on Mr. Connolly who truly – I have been through this evidence – is the least culpable person I have heard about. . . . I’m always uncomfortable when I’m asked in any context . . . to sentence the low man on the totem pole while the big guy goes free.” Connolly was sentenced to six months of home confinement and ordered to pay a $100,000 fine, while Black received nine months of home confinement and a $300,000 fine. Federal prosecutors had originally sought 9 years in prison for Connolly until they saw the manuscript of his self-published book, ‘Target: A Scapegoat’s Guide to the Federal Justice System,’ then they asked for 15 years.

In January 2022, the 2nd U.S. Circuit Court of Appeals threw out the convictions of both Connolly and Black finding a lack of evidence that the men caused Deutsche Bank to make false LIBOR submissions. The Court also found that none of Connolly’s actions constituted a crime. Simply put, Connolly was and is innocent man.

The complaint alleges that Connolly was wrongfully scapegoated by Deutsche Bank to protect those senior officials referred to by Judge McMahon. Ultimately, not a single individual from Deutsche Bank senior management was charged with any crime, and the penalties assessed against the bank were reduced by $750 million because of the bank’s cooperation with the government. The complaint alleges this “cooperation” included offering up Connolly as the fall guy.

Deutsche Bank was reached out to for comment and did not respond. 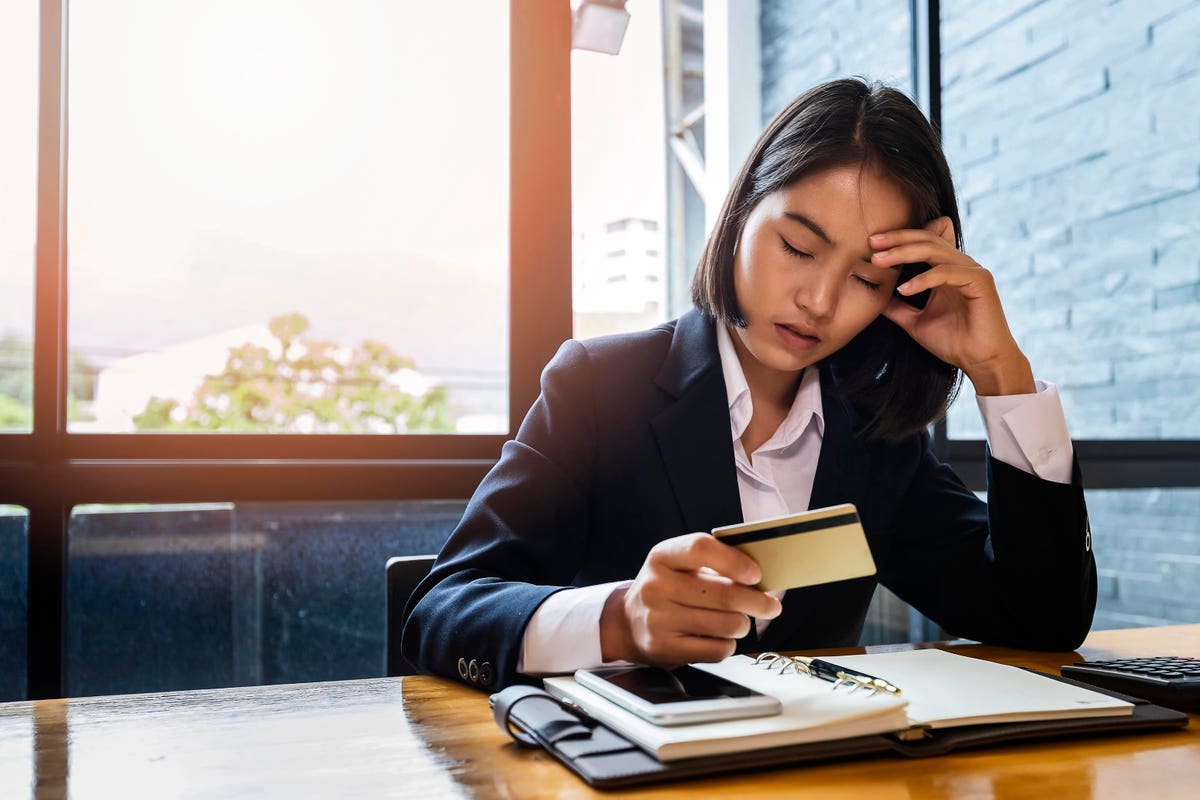