The first modern food bank was started 55 years ago by a retired Phoenix businessman and the concept has since spread to dozens of countries. Yet it wasn’t until the Covid-19 lockdowns and mass layoffs of early 2020 that food banks rose to the forefront of Americans’ charitable consciousness.

“People saw something that they didn’t understand before this—food hunger,” says Claire Babineaux-Fontenot, the CEO of Feeding America, which claimed the No. 1 spot on Forbes’ 2022 list of America’s Top 100 Charities, ousting United Way from its longtime perch. It’s the first time in the 24 years Forbes has been compiling this list that a food charity tops our ranking, which is based on the value of private donations received, as opposed to government support or fees for services rendered.

In its fiscal year ending June 30, 2021, Chicago-based Feeding America took in $4.06 billion in gifts, amounting to a 47% increase over the past two years. As a national umbrella organization, it funnels support to a network of about 200 regional food banks, which in turn provision 60,000 food pantries, soup kitchens, shelters and other programs that (by Feeding America’s reckoning) help one in seven Americans.

A record 11 independent food banks (10 affiliated with Feeding America) also made the Top 100 Charities list this year. In fact, six of the seven newcomers to the list are food banks: City Harvest, of New York City, No. 57; Food Bank of Central and Eastern North Carolina, in Raleigh, No. 62; El Pasoens Fighting Hunger in Texas, No. 73; North Texas Food Bank, in Plano, No. 87; San Antonio Food Bank, No. 93 and Feeding Tampa Bay, No. 98. (Typically, Feeding America provides about a third of an individual food bank’s annual support—meaning there’s a certain amount of accounting-industry-accepted double counting of gifts.)

In addition, about a dozen other charities that provide food, either in the U.S. or abroad, as a major part of their services made this year’s list. Meanwhile, other non-profits beyond the 100 have been bringing new energy, creativity and attention to food relief. Among the most notable: World Central Kitchen, of Washington, D.C., founded by celebrity chef José Andrés, has been serving food in disaster areas worldwide, including wartime Ukraine and Florida after Hurricane Ian.

While Covid raised food banks’ profile and support, inflation is now keeping them busy. After the pandemic spiked in early 2020, the number of Americans who reported having trouble paying for food fell in 2021 as a wave of government assistance, including stimulus checks and temporary refundable child credits, fattened families’ bank accounts. But that flow of federal cash has stopped even as the price of food at home has surged more than 12% in the past year, driving food insecurity back up where it was at the start of the pandemic. In June, 9% of U.S. adults reported they were being forced to skip meals and another 12% said they had to make do with lower quality or fewer varieties of food.

“It’s not good for the country that there are so many people who have to rely on us,” says Babineaux-Fontenot. In September the Biden administration held the first White House conference on food security in more than a half century and issued a plan to end hunger in the U.S. by 2030. Babineaux-Fontenot applauds the goal, but cautions “some significant things would have to happen’’ for it to be reached.

It’s not just Covid, inflation and politicians that been raising awareness of food insecurity in the U.S. In her four years as CEO of Feeding America, Babineaux-Fontenot has nearly doubled annual spending on public awareness programs to $10 million and has emphasized racial disparities in food insecurity, which in turn has implications for disparities in health. In fiscal 2021, she greenlit cash grants to individual food banks taking a broad view of how to tackle hunger. For instance, the Maryland Food Bank received a $80,000 grant aimed at seeing what food banks can do in the way of job training to increase personal incomes and thus reduce hunger among those who have been relying on them.

“I want to take shame out of being hungry,” Babineaux-Fontenot says. “I like to dream big.”

A Louisiana native and a granddaughter of sharecroppers, Babineaux-Fontenot, 58, saw the problem of hunger from a young age. Through a combination of fostering, adoption and birth, her parents had a hand in raising 107 children, with some of them coming into her family malnourished. (The only time she personally experienced hunger, she says, was as a broke college student and she solved that problem by getting food from the Salvation Army.)

Babineaux-Fontenot didn’t begin working full time on hunger issues until she was 54—indeed she was just honored on Forbes’ 2022 list of women who have made a social impact after age 50. While she went to law school thinking she might become an advocate for children’s rights, she ended up as a tax lawyer. In 2004 she joined Walmart and during her 13 years there rose to become executive vice president and global treasurer, in charge of all tax, treasury and investor relations operations.

A cancer diagnosis in 2015 (it was caught early) prompted Babineaux-Fontenot to begin thinking about things she wanted to do and had delayed. But her move to Feeding America was less incongruous than it might sound; Walmart has a deep relationship with the charity and the tax code has played a central role in the spread of food banks.

More than 60% of Feeding America’s private support in 2021 came in donated gift-in-kind foodstuffs from eight large retailers, with Walmart alone giving $1.5 billion. These corporations took advantage of enhanced federal tax breaks created by Congress in 1976 that allow them to deduct from their taxable income roughly double their tax basis (meaning their cost of producing) that food. Since 2005 this break has been available to any business, including sole proprietors and partnerships, so the neighborhood restaurant or corner store now also has a big incentive to donate food to a local pantry, rather than let it go to waste.

Feeding America traces its origins back to a retired businessman, John van Hengel, who was volunteering at a Phoenix soup kitchen and saw a need for a facility where discarded or unused food could be stored—like a bank—for withdrawal by those in needed. In 1967 he established the world’s first modern food bank, St. Mary’s Food Bank Alliance in Phoenix and in 1975 he set up Second Harvest as a national organization designed to build the food bank movement. St. Mary’s is now No. 75 on the Top 100 Charities list, while that national organization was renamed Feeding America in 2008.

“Feeding America has a strong brand,” says Babineaux-Fontenot. “We are the largest part of the charitable food system in the country,” adds the CEO, whose latest reported total annual compensation was $965,329.

Partly due to the strength of Feeding America, combined donations to the 100 charities on the Forbes list rose a hefty 8% from a year earlier to $58.8 billion and accounted for more than 12% of all charitable giving in the country, as measured by the annual tally of Giving USA. Notably, our list excludes two big areas of Americans’ charitable giving. We don’t include colleges and universities, on the theory that their donations come primarily from alumni rather than from the general public. Few religious institutions publicly report data—No. 4 Salvation Army, which is technically a church, is a notable exception—and thus we can’t evaluate them. (You can read more about our methodology for compiling the list here.)

Experts in charitable giving say the overall gain in donations received by the organizations on our list was due not only to public response to pandemic-related needs, but also to the stock market’s strong performance in 2020 and 2021—tax breaks for donations of appreciated stock are particularly generous. In addition, Congress created a temporary charitable giving tax deduction for 2020 and 2021 for taxpayers who don’t otherwise itemize their deductions.

Still, individual charities’ year-to-year results were uneven and not all charities benefitted from the pandemic. After a long run as No. 1, United Way Worldwide, a network of more than 1,300 legally separate nonprofits long dependent on paycheck deductions, fell to No. 2. For the fiscal year ending June 30, 2022, as the Alexandria, Va.-based organization reported donations of $2.77 billion, a sharp 28% drop. Susan G. Komen, the Dallas-based breast cancer charity, fell off the list completely, as Covid-19 got in the way of its major fundraising method: staging sponsored walks.

Following the usual pattern, the highest paid were chief executives of big-city hospitals: $12,414,295 to Steven J. Corwin of No. 97 New York-Presbyterian Hospital; $9,293,211 to Kenneth Davis of No. 24 Mount Sinai Health Systems in New York; and $5,685,657 to Thomas M. Priselac of No. 65 Cedars-Sinai Health System in Los Angeles. (Total compensation may include benefits, deferred compensation and one-time bonuses, and can be for a different fiscal year than that on the list.)

The full list of the Top 100 Charities is here. Each entry contains detailed data, including financial efficiencies and highest compensated employees. A description of our methodology and how donors can use the data and other information to help evaluate any charity is here. 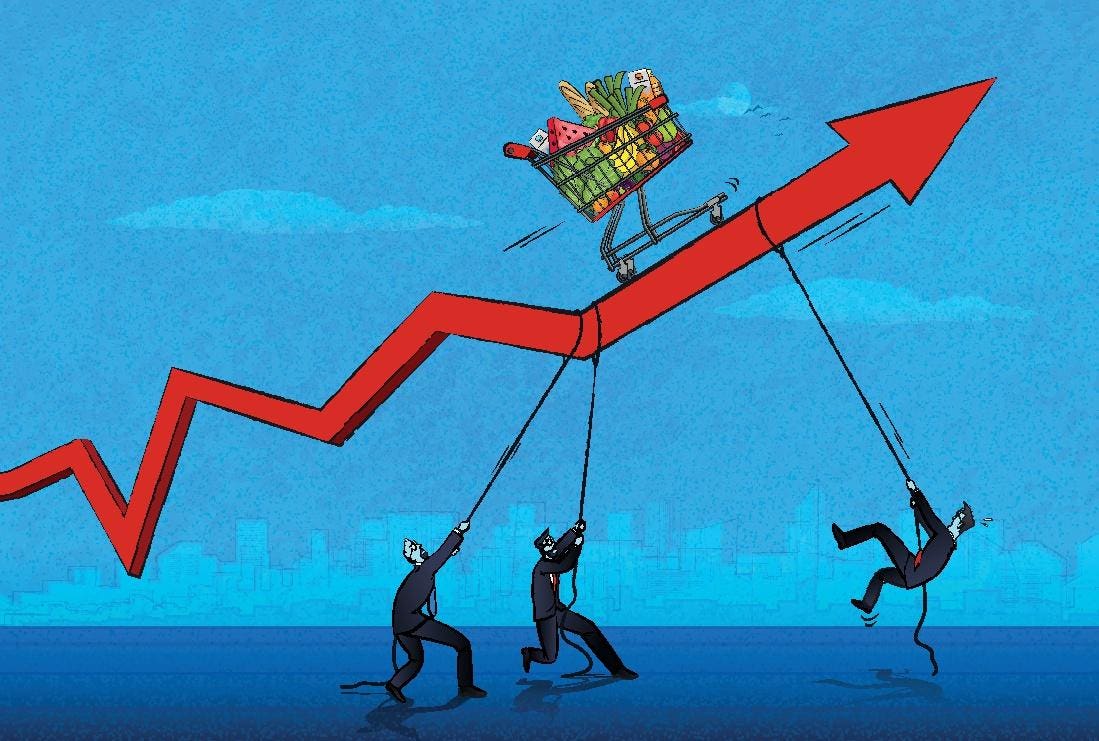 What’s The US’ Projected Inflation Rate In 2023? 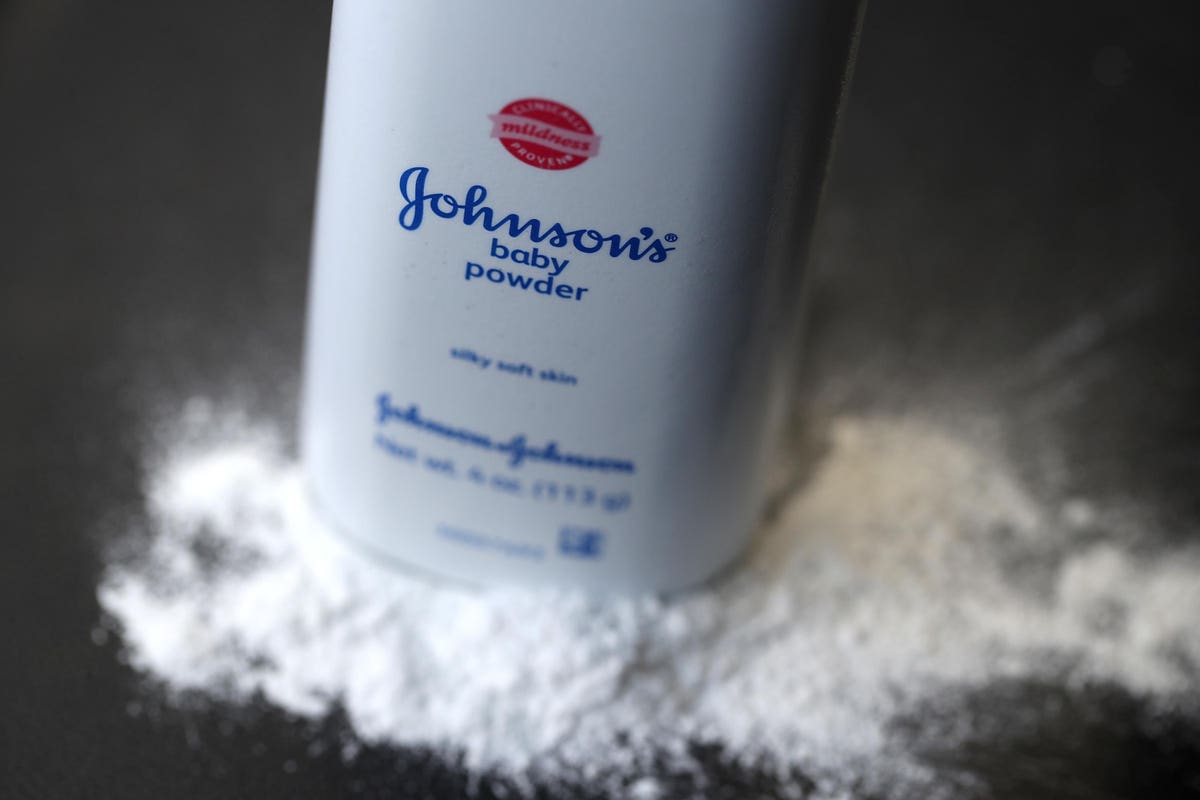