Each year the President of the United States pardons a Thanksgiving Turkey, sparing them from one of America’s dinner tables and sending them on to life at some area children’s zoo. Those turkeys get a second chance, but it is difficult for those who have gone to prison to regain their footing and once again contribute to society.

Before life-long entrepreneur Justin Smith became the CEO of one of the fastest growing field service management software companies, the Ohio native lived an adventurous but unconventional life. At 13, he started his first business. By 18, he was a director at a small company. While working he earned an undergraduate and master’s degree. By the time he was 27, he was in federal prison.

Today, Smith is a 36-year-old successful and law abiding entrepreneur who shows that with hard work and a determination to turn things around one can truly get a second chance at life.

In his adolescence, Smith was anything but ordinary. At 10 years old he could take a computer apart and put it back together. Instead of making friends his own age, he spent summers working for his mother, a licensed contractor and playing paintball. Barely a teenager, he launched a dial-up internet service provider (ISP). His mother coordinated the financial end of the business while a friend Smith met playing paintball, Brandon Schlichter, helped facilitate various technical connections.

The company’s success was short-lived but Smith began building and selling computers in his neighborhood, while also pursing his passion for paintball. He built a website for an indoor paintball field and team for which he played. His website caught the attention of Jeff Lizik, the CEO of Action Fanatics, one of the largest distributors at the time in the sport of paintball. He quickly made a name for himself, and his web design and development work started getting noticed by the biggest names in the business.

“Shortly after we launched that new website, Jeff and I were both offered jobs by KEE Action Sports in Sewell, New Jersey,” Smith said. “I didn’t like their offer so I decided to do freelance work and go to college.”

Smith enrolled in Full Sail University in Winter Park, FL. A year prior to obtaining his masters degree in Entertainment Business & Law, he was hired as a web developer for one of central Florida’s most prominent real estate, property management and handyman companies. He was quickly promoted to Vice President of Operations. He got his masters in 2008, and three years later, the businesses had grown to nearly 800 properties under management and expanded to include an in-house contractor division under Smith’s leadership. Despite his success, conflicts with management led to him leaving the company and, once again, looking for his next entrepreneurial venture.

“I didn’t know what I was going to do,” Smith said. “I landed a couple of clients for video production and web development. But my savings dwindled fast.”

Smith was approached by a local smoke-shop owner who handed him a packet of an herbal blend known in the area as “spice.” Smith was asked to figure out the chemicals that were being used in the product. After successfully identifying the chemicals, and realizing they weren’t yet scheduled under the Controlled Substances Act, he began ordering the substances by the kilo from China.

“Within a few months, I had started ordering Methylone or BK-MDMA. They were selling this stuff as ‘Happy Times Bonzai Tree Fertilizer’ in the smoke shops all around Florida,” said Smith, who noted that although these substances weren’t yet illegal, he was aware the practice fell within a gray area of the law. Business boomed.

On January 13th, 2014, the federal Drug Enforcement Administration (DEA) raided Smith’s facilities after seizing 284 kilos of BK-MDMA. It was the largest seizure of synthetic analogs in U.S. history at the time.

Smith was taken into custody and subsequently sentenced to 151 months in federal prison. He would later have that reduced by 36 months after the DEA determined his substances were less potent than at first believed.

While prison wasn’t part of the life course Smith had envisioned for himself, he said it gave him plenty of time to self-reflect and realign with his values. He spent his time reading, exercising, and planning to lead a life of purpose, serving others. While incarcerated, he also completed the Residential Drug & Alcohol Treatment Program (RDAP), a Cognitive Behavior Therapy (CBT) program, which knocked an additional year off his sentence.

Smith told me in an interview, “A lot of inmates think RDAP is a joke, but I’m not ashamed to admit the tools I learned in that program have significantly improved my life. I’m more rational and accountable. I’m a lot more openminded and objective. Re-entry in the BOP truly needs a lot of improvement, but RDAP is one thing they’re definitely getting right.”

Smith left prison in July 2020 to begin a term of prerelease custody at a halfway house and quickly launched into his next venture. He began mocking up hundreds of screens to a mobile app for contractors, scanning them with his cell phone and sending them off to a programming team in India. These mockups became what is now known as Contractor+, a service that helps contractors more efficiently manager their business.

Today, Smith says that his app has over 18,000 users, of which 2,400 are active daily and 530 are paying customers. Contractor+ has 14 employees and Smith is looking to grow even more. To keep the company growing, he’s pumping the money he makes back into it while he also works on producing a business mentorship and coaching company founded by his childhood friend Schlichter.

“I am grateful that Brandon never gave up on me even after I had made some really poor choices,” Smith said. “He’s genuinely invested in making a difference in people’s lives, and I think that’s the kind of leader entrepreneurs should want to emulate. That’s the type of leader I’m determined to be.”

He credits much of his success to the honest work ethic his mother instilled in him as a child, his prison experience in the RDAP program, his investors, advisors and employees, and the unwavering devotion and friendship of Brandon Schlichter. “I had a big lapse in judgement,” Smith said, “and my true friends were there for me when I needed them most. I’m getting this second chance and have a lot to be thankful for. 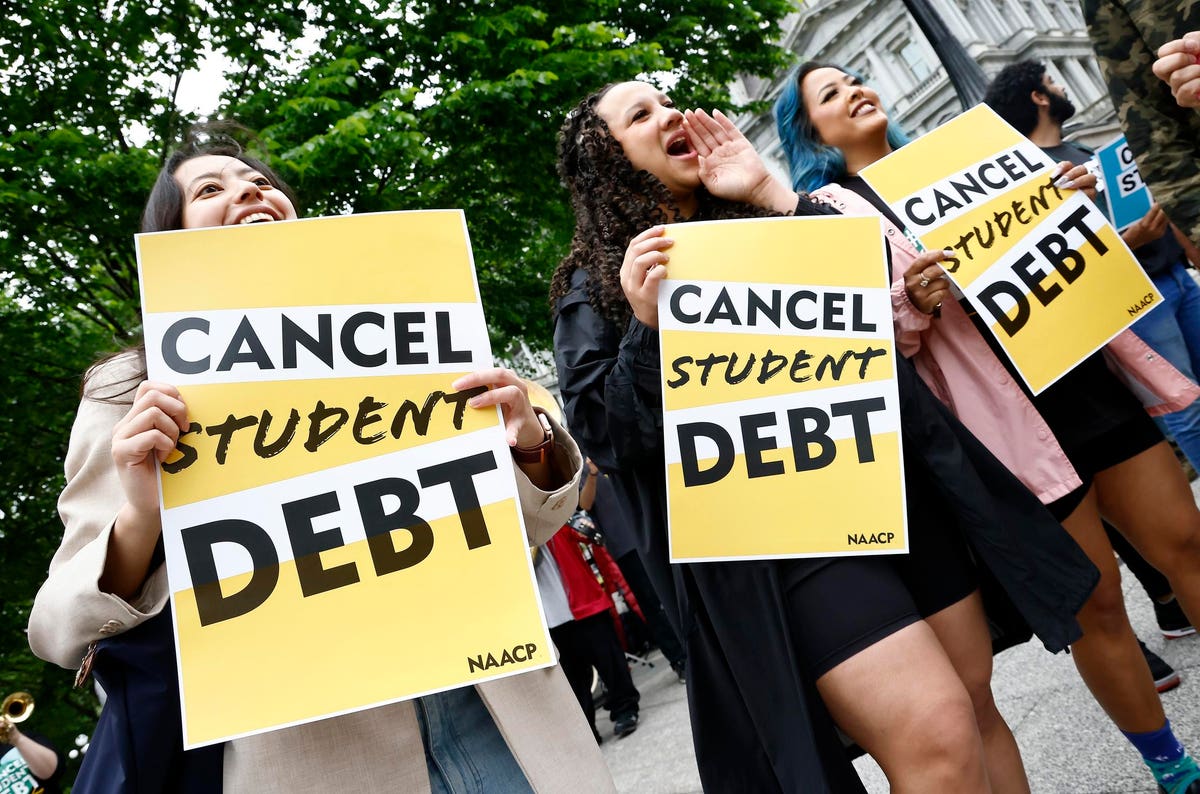 How To Get Approved For Student Loan Forgiveness Under Borrower Defense Program, According To New Guidance 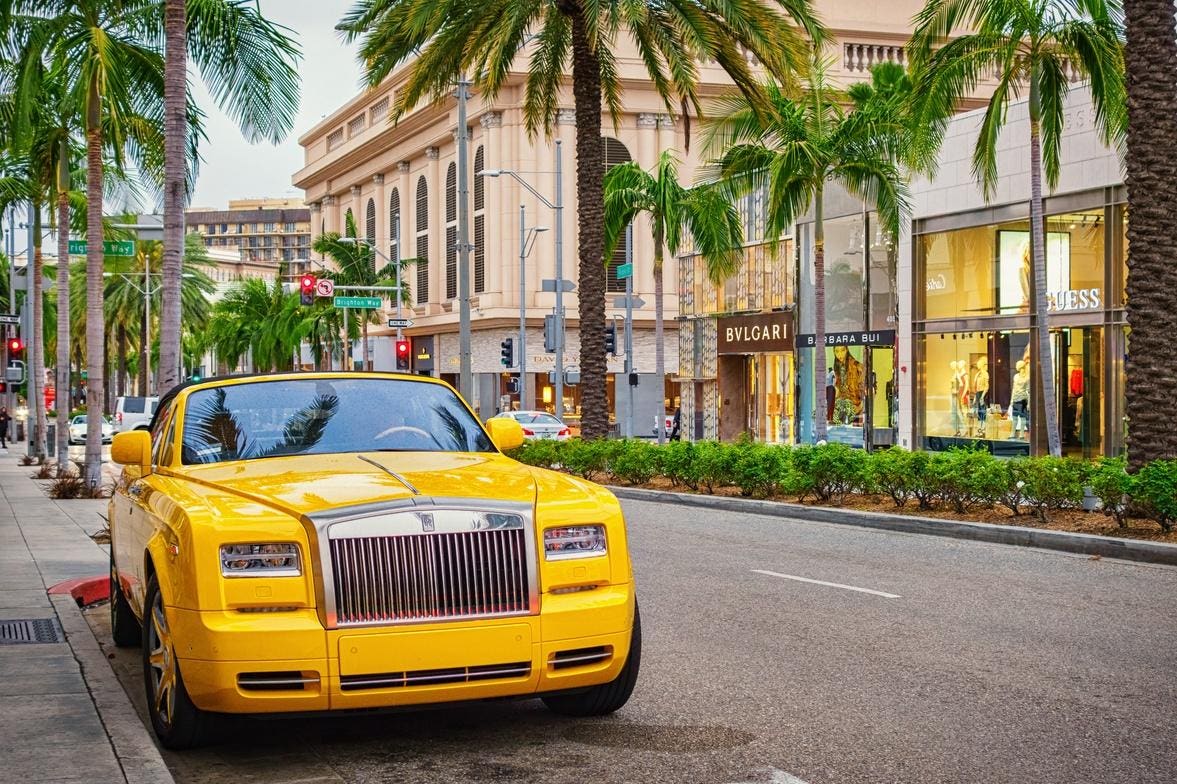