Going ahead, Bank Nifty index may maintain positive bias and test its current month high of 38850 levels in the coming weeks.

Equity benchmarks extended correction over the second consecutive week amid elevated global volatility. The Nifty skidded 2.9% to end the truncated week at 17102. Sectorally, financials, auto and PSU outshone while IT, metal, realty underperformed.

The index started the expiry week on a negative note and drifted southward in the initial part of the week. However, despite a rise in global volatility supportive efforts emerged from the key support threshold of 16800 that helped Nifty to recover some of its intraweek losses. The weekly price action formed a bear candle with lower shadow, highlighting buying demand at elevated support base.
Going ahead, we expect volatility to remain elevated ahead of the Union Budget. Thus, key thing to monitor in the next week is that, Nifty holding above 16800 post Union Budget 2022 amid oversold condition would open the doors for technical pullback towards 17600 as it is confluence of:
a) 50% retracement of recent corrective phase (18350-16836)
b) last week’s high is placed at 17599
Our key observations are as follows:
a) Time wise, since May 2020 index has not closed negative for more than two successive weeks. In current context, with two weeks of losses behind us, index is poised for a technical pullback in line with past 22-month rhythm
b) Despite elevated global volatility, Nifty managed to hold the key support of 16800. Thus, only a decisive close below 16800 would lead to extended correction
c) The Bank Nifty has been outperforming the benchmark Nifty since the beginning of this year and also within the ongoing corrective phase, highlighting inherent strength. We believe, a revived traction in banking stock would drive Nifty higher as Bank Nifty carries 36% weightage in Nifty

Sectorally, BFSI, PSU, Capital goods and Infra, Auto to remain in focus while IT sector is oversold and poised for technical pull back
In large caps we like Reliance Industries Ltd, State Bank of India (SBI), Axis Bank, Tata Motors, Larsen & Toubro, Container Corporation, Titan Company while in Midcaps we prefer Bank of Baroda, KNR Constructions, Tata Power, Bharat Dynamics, National Aluminium, Thermax, Greaves Cotton, Gokaldas Export
Structurally, on multiple occasions Nifty has managed to hold 100 days EMA (on weekly closing basis), since June 2020. In the current scenario as well index is sustaining above it. Thereby, we believe current weeks low of 16800 would act as key support as it coincides with 80% retracement of December-January rally (16410-18350), placed at 16798
The broader market indices are forming a higher base in the vicinity of 100 days EMA. We believe, the extended consolidation from hereon would make broader market healthy

The Bank Nifty traded with high volatility as it oscillated in a 2000 points range to close the week marginally higher by 0.3%. The PSU banking stocks outperformed as the Nifty PSU bank index closed higher by ~7% on a weekly basis.
The weekly price action formed a high wave candle with long shadows in either direction signaling consolidation after last week’s corrective decline. Bank Nifty since the start of the CY22 has been relatively outperforming the Nifty which we expect to continue in the coming weeks.
Going ahead, we expect the index to maintain positive bias and test its current month high of 38850 levels in the coming weeks. Volatility is expected to be elevated around Union Budget 2022
The index on Friday’s session witnessed profit booking after retracing 80% of its last eight sessions decline (38855-36375) in just three session signaling an overall positive bias
The index has immediate support at the 36000-36500 levels being the 50% retracement of the previous rally (34018-38855) and the value of the rising 200 days SMA placed at 36090 levels
Bank Nifty/Nifty ratio chart has started forming higher high-low in weekly time frame and is seen reversing from last one year falling channel highlighting resumption of Bank Nifty outperformance in relative to Nifty
Among the oscillators the weekly 14 periods RSI is forming base above its nine periods average thus validates positive bias in the index

(Dharmesh Shah is the Head – Technical at ICICI Direct. Please consult your financial advisor before investing.)

ICICI Securities Limited is a SEBI registered Research Analyst having registration no. INH000000990. It is confirmed that the Research Analyst or his relatives or I-Sec do not have actual/beneficial ownership of 1% or more securities of the subject company, at the end of 21/01/2022 or have no other financial interest and do not have any material conflict of interest. I-Sec or its associates might have received any compensation towards merchant banking/ broking services from the subject companies mentioned as clients in preceding 12 months. 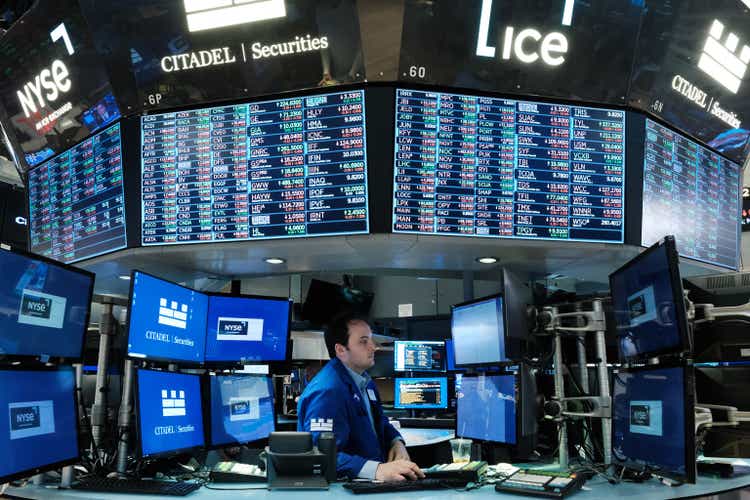