The three main Wall Street benchmarks had their best days in over a month on Tuesday, with the Nasdaq closing up 2.2%, as investors responded to positive earnings and dovish comments from two US Federal Reserve officials on interest rate rises.

Johnson & Johnson advanced 3.1% to a second record close in three sessions, as the drugmaker’s quarterly profit exceeded market expectations and it raised its dividend payout.

Of the first 49 companies in the S&P 500 index to report quarterly earnings, 79.6% have exceeded profit estimates, as per Refinitiv data. Typically, 66% beat estimates.

“It certainly feels like every earnings season, especially since March 2020, is more important than the next, but particularly given where we sit in the economic cycle, the Fed’s rate hike cycle, and the elevated inflation backdrop,” said Max Grinacoff, equity derivatives strategist at BNP Paribas.

Meanwhile, Netflix Inc closed 3.2% up, before cratering 24% after the bell when it reported subscriber numbers had declined for the first time in a decade. The streaming company also forecast further losses in the second quarter.

St. Louis Federal Reserve Bank President James Bullard on Monday repeated his case for increasing the rates to 3.5% by the end of the year to slow a 40-year-high inflation. He also said he did not rule out a 75 basis points rate hike.

“We typically assume higher yields should be beneficial for banks, but that correlation has broken down a bit and it’s been the sectors most negatively-correlated to rising rates – defensive sectors – which have actually rallied,” said BNP’s Grinacoff.

The advances were the most by all three since March 16.

Ten of the 11 major S&P subsectors were higher, led by consumer discretionary stocks. Among the best performers in the index were gaming companies, with Wynn Resorts Inc, Caesars Entertainment Inc and Penn National Gaming Inc gaining between 4.9% and 5.9%.

Energy stocks fell 1% as oil prices tumbled 5.2% after the International Monetary Fund cut its growth forecasts for the global economy and warned of higher inflation.

This year’s rally in crude prices, which are still up around a third despite Tuesday’s declines, helped Halliburton Co post an 85% rise in first-quarter adjusted profit as demand for its services and equipment increased. However, the oilfield services firm’s shares were 0.8% lower, amid the wider slump in energy stocks.

Meanwhile, Twitter Inc declined 4.7%. More private equity firms have expressed interest in participating in a deal for the micro blogging site, according to reports.

Trading volume on U.S. exchanges was 10.53 billion shares, compared with the 11.67 billion average for the full session over the last 20 trading days. 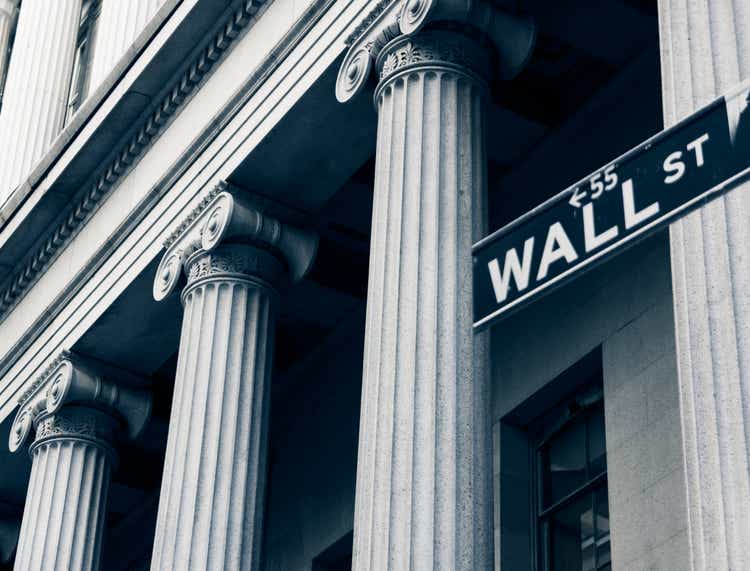