It was quiet at the Covid-19 vaccination centre of St Stephen’s Hospital, a 595-bed facility that caters to New Delhi’s lower middle class. Vials of Covishield, the Indian-made version of the Oxford/AstraZeneca vaccine, sat in iceboxes on a table, next to piles of new syringes. Nurses were ready to give the jab and a doctor was on standby in case of adverse reactions.

Only one thing was missing when the Financial Times visited last week: people to inoculate. St Stephen’s can vaccinate up to 400 people daily but just 36 had sought a jab that day.

The lack of patients at St Stephen’s highlights the paradox of India’s vaccination rollout, as a surge of new daily infections — almost 44,000 cases were reported at the weekend, the highest tally in four months — stokes fears of a second wave.

The Serum Institute of India is one of the world’s biggest manufacturers of Covid vaccines and has exported doses to more than 70 countries, but domestic take-up of the jab has been muted. The groups prioritised for inoculation by Narendra Modi’s government are not turning up in large numbers and many of those who are eager for the jabs are ineligible under the rollout.

The Modi government has set strict nationwide conditions, unlike in the US, where each state designed its own vaccine rollout strategy.

After inoculating healthcare workers and other frontline public employees, such as the security forces, India this month starting offering jabs to people over the age of 60.

But the country has dispensed an average of just 1.5m doses a day or almost 44m in total, far below the pace needed to meet its goal of vaccinating 300m people by August.

“The government should expand the eligibility criteria,” Dr Manmohan Grover, a veteran of India’s polio vaccination drives, said as he surveyed the deserted centre at St Stephen’s. “That way, more people will come.”

Pankaj Sahni, chief executive of Medanta, which operates hospitals in five cities, said demand will surge once the curbs on access are eased to include more groups.

“Really, we just need to open it up to everybody as soon as possible,” he said. “I don’t think supply is a constraint at all. The entire system just doesn’t have that much demand.”

Yet many eligible seniors appear more anxious about the new vaccines than Covid-19 itself. Medanta’s flagship hospital on the outskirts of Delhi can administer 1,000 doses a day but is administering half that number. Take-up in smaller cities is at 30-50 per cent of capacity.

“People don’t seem to be stressing about Covid,” Sahni said. “There is a lot of vaccine hesitancy, and there is a huge population not getting vaccinated because they feel life is going on normally.”

Indians over the age of 45 can also be vaccinated with a doctor’s affidavit certifying that they have designated health problems that exacerbate Covid-19. But many in this cohort are reluctant to record their ailments in the national vaccine database, uncertain about the implications for their future access to health insurance.

“A lot of people in the 45 to 60 age group are hesitant about disclosing their comorbidities,” Sahni said.

Public health experts say the government’s restrictive approach also excludes millions of vulnerable Indians, who often live for years with undiagnosed diabetes and hypertension — conditions which are both indicators for priority vaccination.

“In public health, you need to have very simple strategies,” said Dr Giridhara Babu, an epidemiologist at the Indian Institute of Public Health. “Use age as the criteria. Most people in India who have comorbidities don’t even know that they have them.”

The hospital, where jabs are free, is vaccinating at about two-thirds of its capacity of 600 people a day. But Roy said it could easily scale up to deliver about 2,000 inoculations if demand increased.

“Initially, we planned for big crowds coming for vaccinations,” she said. “We expected the response would be better.”

Babu warned India needed to act quickly to accelerate the pace of vaccination as it confronted the latest surge.

“You can’t time the virus,” Babu said. “Cases are spreading faster, and now is the time to change the vaccination strategy. I really hope there is a plan to scale it up.” 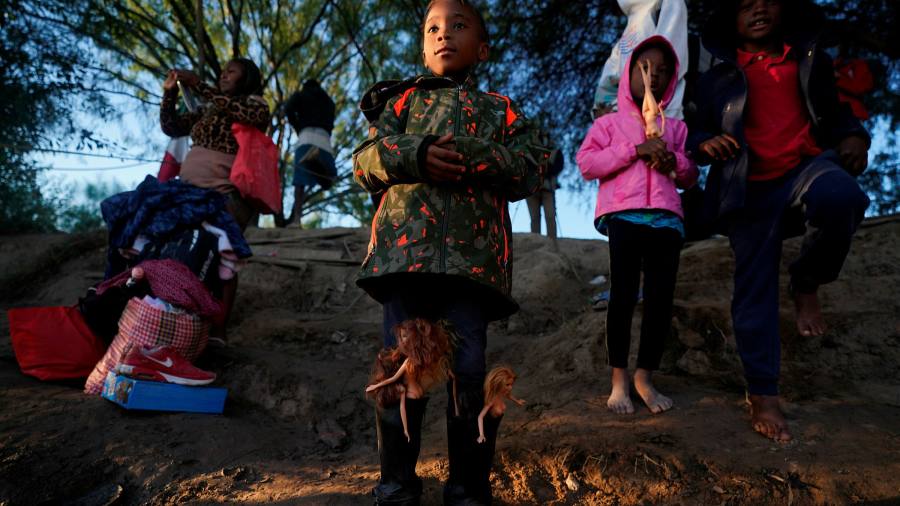 Who is Davis Mills? Meet the ex-Stanford QB making his first NFL start with Texans
5 seconds ago

Top 5 Canadiens Trades in the Bergevin Era
3 mins ago