Expectations among economists and policymakers around the world are running high that a reset in US attitudes towards international co-operation on trade, taxation, aid and the environment will soon emerge.

The US often takes a bipartisan view on such issues, so clearing the way for deals to be done will not simply be facilitated by a change of administration. The key question for the Biden administration is how many of these pressing items on the international agenda this year it will seek to advance.

Last year ended with threats of a serious transatlantic trade war over digital taxes imposed by many European countries following stalled talks at the OECD in Paris to agree a new international system of corporate taxation.

The OECD proposed that countries should be given a new right to tax an element of the profits made by multinationals operating in their jurisdictions, even if they had no physical presence there, and a minimum rate of corporation tax globally.

This year has begun with mixed signals. The US Trade Representative suspended its immediate threat of tariffs on French goods in the first week of January, but ruled that many other countries’ digital services taxes warranted retaliation. The stand-off adds to pressure for a resolution at the OECD. The hope is that progress will restart when the Biden administration takes over.

Pascal Saint-Amans, director of the Centre of Tax Policy and Administration at the OECD, said there was still uncertainty, but the change of administration pointed to “good factors” in the hunt for a deal.

The biggest change with the arrival of the Biden administration would be the end of “uncertainty linked to the random environment” of the Trump administration, Mr Saint-Amans said — along with the better transatlantic relations which he expects to follow.

The Biden team has already signalled it is keen on international rules for minimum corporate tax rates. However US tech companies are still divided, though many want a deal to avoid an avalanche of separate tax regimes in individual countries.

German finance minister Olaf Scholz said last week that the aim is to reach an agreement on the OECD’s principles by July, although the details might take many months longer to finalise.

Mr Biden’s administration has the power to end a fruitless stand-off at the World Trade Organization almost immediately.

In October, with just a few days to go before the meeting that would have appointed the Nigerian Ngozi Okonjo-Iweala as WTO director-general, the US suddenly blocked the decision by announcing it backed Korean Yoo Myung-hee instead.

Ms Okonjo-Iweala is a US as well as a Nigerian citizen and has moderate views on the WTO. But outgoing US trade representative Robert Lighthizer recently told the FT in an interview that she lacked trade experience.

If Mr Biden lifts the block, the appointment of Ms Okonjo-Iweala will go through. Although there has been some support for Ms Yoo on Capitol Hill, Ms Okonjo-Iweala’s appointment seems unlikely to ignite a firestorm of domestic protest. It would also go a considerable way towards reassuring other WTO members that the Biden administration, while not uncritical of the trade body, is a government they can engage with.

The question is how much domestic political capital Mr Biden’s team thinks it will cost him to unblock the situation, relative to the damage to the US’s international standing if he lets the stalemate continue or seeks to reopen the appointment process.

The longer the US keeps the block in place, the more it will damage its international goodwill — and even more so if it rejects Ms Okonjo-Iweala and wants to start the process all over again.

Dozens of low and middle-income countries risk being overwhelmed by unsustainable debt this year as the fiscal cost of the pandemic becomes clear.

Critics including the UN and the World Bank say the international community has failed to rise to the challenge by taking co-ordinated action on debt — unlike during the financial crisis a decade ago — and blame the Trump administration’s aversion to multilateralism.

One possible step would be for the IMF to issue more of its special drawing rights (SDRs) — a form of reserve currency that governments can sell for cash, allocated roughly in line with nations’ share of the global economy. This would deliver an unconditional cash injection to many countries facing severe pressure on their public finances.

China — by far the biggest bilateral lender to poor countries — is in favour. But the idea was vetoed last year by the US, the IMF’s biggest shareholder, on the basis that it would benefit wealthy countries more than poor ones.

Critics say there are ways round this and that the US was motivated more by a desire not to benefit the likes of China and Iran.

Last week, a group of 22 former finance ministers and central bank governors from around the world penned an open letter in support of the proposal.

Mr Biden’s administration is widely expected to look more favourably on SDRs than his predecessor did, but it is unclear whether it will want to work with China to resolve what is likely to become a pressing issue in the coming months.

Mr Biden’s first flurry of executive orders on Wednesday included confirmation that the US will rejoin the Paris climate accord. European allies hope his administration will also move towards launching a carbon price and a carbon border tax adjustment, imposing a tariff on goods like steel which come from countries without a carbon price.

Europe is edging towards implementing the tax and many in Brussels hope the US will follow suit. Certain US industries, such as steel, have also started to advocate for the move, which would give them an advantage over Chinese production.

But, while carbon pricing is supported by most independent economists, it is not high on the policy agenda for either Democrats nor Republicans.

“Democrats would rather spend on clean energy during a recession, and Republicans never want to tax energy,” said Paul Bledsoe, a former US Senate staff member and Clinton White House climate adviser. “But if America dramatically lowers its own emissions as [Mr] Biden plans, in due course bashing China through a carbon tariff could prove irresistible.”

Reporting by Chris Giles, Jonathan Wheatley and Leslie Hook in London and Alan Beattie in Brussels 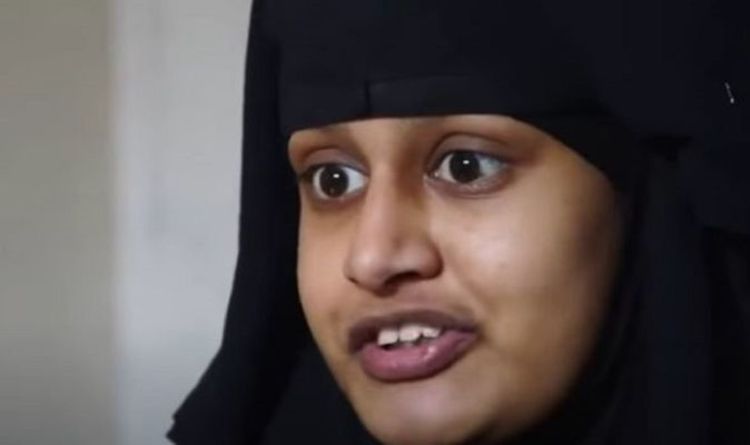 Digidog, a Robotic Dog Used by the Police, Stirs Privacy Concerns
3 mins ago