Every afternoon at around three, Jordanians angry with how bad their lives have become call Rainbow Street, a drive-time radio show in Amman, and complain heartily about the lack of jobs and the economic hardship wrought by the coronavirus pandemic.

But in recent months, Mohammed Ersan, the show’s popular host, noticed something he had never seen before. The callers blamed King Abdullah, the western ally and moderate force in power for 22 years, for their woes.

King Abdullah this week put down what he describes as an attempt at sedition by his own half- brother — a charismatic young prince who has tapped into a vein of deepening discontent in the tiny kingdom’s increasingly impoverished people.

The 10m population of Jordan, which borders Israel, the occupied West Bank, Syria and Saudi Arabia, includes 3m refugees and guest workers. The unprecedented drama sparked concern about the stability of the resource poor Hashemite kingdom, which has been run by the same family since 1922.

Much about the attempted sedition remains unknown. The King and his government have said that Prince Hamzah, the 41-year old son of Jordan’s revered late King Hussein and heir apparent until his demotion in 2004, had moved from open criticism of the government’s failures to acting against it. They say he was working in tandem with a former finance minister with ties to Saudi Arabia’s Crown Prince Mohammed bin Salman.

Prince Hamzah remains “under my care,” the King said on Wednesday, describing a form of house arrest for his half-brother, saying the attempted sedition has been contained.

At least 18 people, including Bassem Awadallah, the deeply unpopular former finance minister, who once served as the King’s chief of staff, and members of the prince’s staff, remain under arrest as a sweeping investigation continues.

But Jordan’s economic woes remain in plain view, leaving unresolved the issues that Prince Hamzah has built his popularity on.

Even before Jordan tumbled into the pandemic, it was deeply indebted, growing at barely 2 per cent a year, and with one in four adults of working age unemployed. A year later — after some 7,600 coronavirus deaths and strict lockdowns — nearly half the country’s youth is unemployed after the collapse of tourism.

While Jordan’s economy has been buffeted by external factors — the conflicts in Syria and Iraq cut off trade routes and squeezed markets while sending nearly a million refugees across the border — frequent changes of government have also rattled investors, said Mazen Homoud, the deputy chairman of the Jordan Economic Forum. “Consecutive governments missed great opportunities that could have had a very important impact on the unemployment crisis in Jordan,” he added.

In recordings leaked over the weekend, the Prince criticised the corruption and nepotism that Jordanians routinely associate with their failure to find jobs. “Prince Hamzah was smart — he used the language of the people on the street, who feel that their lives are constantly moving backwards,” said Ersan, the radio host.

For decades, Jordan’s successive governments — King Abdullah is on his 14th prime minister in his 22-year reign — have promised more jobs and reforms to an economy reliant on US aid and loans from financing institutions such as the IMF, as well as tourism revenues. 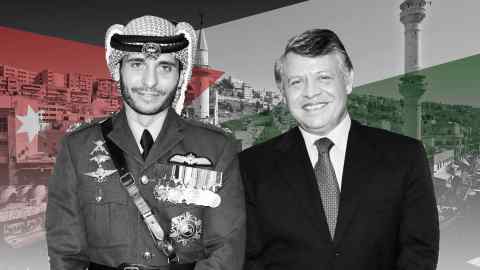 But in practice, they have moved slowly, wary of upsetting the tribal south which erupted in protests after IMF-directed cuts in 1989, analysts said. A restructuring of the military alienated Bedouin tribes who counted on the army for employment, prompting protests in 2011 that almost spiralled into Jordan’s own Arab uprising. In 2018, mass protests prompted the sacking of a prime minister and a delay to a planned tax increase.

The pandemic has only intensified these challenges. Jordan’s banks remain relatively healthy — deposits grew to just under $50bn in the last quarter of 2020 — but it has pushed small businesses deep into debt, the World Bank says.

In Amman, 59-year old Majdi Mutlaq Yasim runs a small store for women’s clothes, having abandoned a more upscale shop inside a shopping mall that closed during Covid.

He still owes money to the mall for rent, to the bank for his son’s education in Turkey and the UK, and to a university for his two daughters’ college fees. While he had a job lined up before he graduated from college in the 1980s, none of his children have jobs.

“We need help, but we know that the government can’t help us — she’s a poor government,” he said. “The future looks very bad and at my age, to admit this, it makes me very sad — sometimes, I can’t breathe.”

With sales tax making up the bulk of tax revenue, the lockdowns have hit government income. As a result, it will struggle to continue the public sector job creation that has helped sustain the loyalty of the Bedouin tribes.

Outside Amman, the leader of a small tribe said he roams the capital with 100 resumes, hoping to find at least one of his fellow tribesmen a job but in five years, he has not landed one.

“There used to be a time you could promise your son a future, and help him get married and send him into the world,” he said, asking for anonymity. “Now, he sits at home and hides the sadness in his eyes.”

With no reliable public opinion polls, it is hard to assess the popularity of Prince Hamzah. His physical resemblance to his father, deeply revered in Jordan, and his command of classical Arabic trigger nostalgia for better times. (“We all love him,” said a group of young women in a coffee shop at an upscale hotel in Amman. “He’s amazing.”) The prince is, however, untested.

“Prince Hamzah never had a role in running the country,” said Amer Al Sabaileh, a professor and a columnist. “He shows up at their [ tribal leaders] weddings, their funerals, sometimes driving his own car — he’s the image of the (late) King Hussein.”

Navigating the post-Covid economic landscape, while managing dissent without alienating western donors, will be difficult for King Abdullah, said Al Sabaileh. “The real challenge for Jordan hasn’t come yet,” he said. 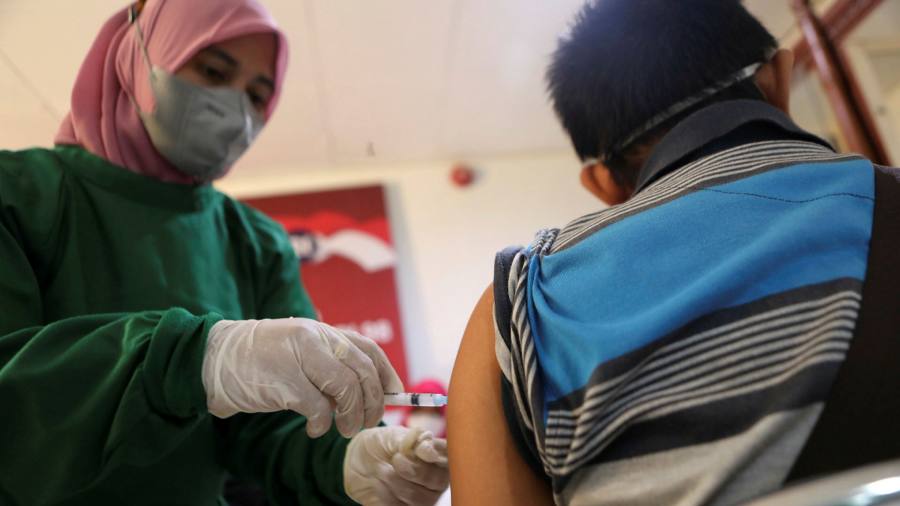 Woman who faked terminal cancer and spent £16,000 in donations spared jail
9 mins ago