Napoleon may be the most recognised French historical figure worldwide but he is also one who remains somewhat controversial.

Wednesday (May 5) marks 200 years since the death of the emperor and revered military strategist aged 51 in exile on the British island of Saint Helena.

His death, much like his life, has become a subject of fascination, inspiring art and folklore.

French President Emmanuel Macron is set to mark the anniversary with a speech — a difficult exercise that other politicians have in the past eschewed.

One of Macron’s predecessors, Jacques Chirac, controversially did not mark the bicentennial of Napoleon’s Austerlitz victory in 2005.

Many historians argue this bicentennial could also be an important opportunity for understanding Napoleon as a nuanced historical figure who evolved over the course of his years in power.

“[Napoleon] is a figure that cannot be erased from the history of France, who has played such a role in history that he has undoubtedly marked both the history of France and Europe,” Jacques-Olivier Boudon, a historian specialising in the first empire at Paris’ Sorbonne University, told Euronews.

Natalie Petiteau, a historian at the University of Avignon, wrote in a recent editorial for the French newspaper Libération that there’s a key difference in celebrating the emperor and commemorating him.

“If to commemorate is to remember together, to celebrate can lead to…glorifying. However, Napoleon does not need glorification: the way in which his cast shadow has been inscribed in our culture since his reign is enough to assure him omnipresent glory,” Petiteau writes in her article.

But some argue Napoleon shouldn’t be commemorated because of his involvement in deadly military campaigns, the reestablishment of slavery and patriarchal laws.

Who was Napoleon Bonaparte?

Born in Ajaccio, Corsica in 1769, Napoleon came from a noble family and grew up speaking Italian. He was sent to two royal military schools in France.

He is characterised from a young age, however, as someone who is “very hard-working, very stubborn” and who “invests in his studies,” says Boudon.

Napoleon was known as an avid reader of Rousseau and other Enlightenment figures during his schooling.

At just 20-years-old he played a role in the French Revolution as a military officer and was named a general at 24, according to the Napoleon Foundation.

Boudon says one key turning point for Napoleon was his marriage to Josephine de Beauharnais in 1796, a woman six years older than him with whom he fell madly in love.

Napoleon led some of his first successful military campaigns that same year.

His destiny would indeed be significant. Napoleon was the leader of the French for 15 years, first as Consul and later as Emperor.

Bonaparte became First Consul in France after his role in the coup d’état of 18 Brumaire (in 1799), becoming First Consul for life in 1802. He was crowned Napoleon I, Emperor of the French, in a ceremony at Paris’ Notre-Dame Cathedral in 1804.

The years that followed were defined by his military successes as he expanded his empire throughout much of Europe.

Revered as one of the preeminent military strategists in history, he revolutionised the way of waging war by surprising his opponents, historians say.

But with his great destiny also came a historic fall.

After years of military campaigns, with the French empire totalling over 130 départements, Napoleon abdicated in 1814 after the Battle of Paris was won by European allies hostile to the empire.

During 100 days in 1815, Napoleon was once again on his throne before his final defeat by European powers at the Battle of Waterloo in June 1815.

He was sent to live out the last six years of his life in exile on the British island of Saint Helena where he died in 1821.

Why is commemorating Napoleon so controversial?

Some of the controversial topics surrounding Napoleon’s legacy stem in part from his lasting impact on France’s institutions.

“Today, his influence [is seen] most of all in institutional political foundations that remain, even if there have been developments,” Boudon says.

His legacy through the Civil Code, in particular, has been criticised for its placing of women as inferior to men.

The set of laws published in 1804 stated that women are subject to the authority of their husbands. It is viewed as something that codified a patriarchal system in France.

It was also a point of pride for Napoleon: historian Thierry Lentz, at the Napoleon Foundation, has said that Napoleon viewed the Civil Code as largely what could remain of his legacy.

“When Napoleon codifies the situation of women in the family, in a situation of inferiority, he is only crystallising a situation that is already in force,” historian Arthur Chevallier said on Tuesday in an interview with public radio station France Inter.

Historians have said the same about Napoleon’s reestablishment of slavery in French colonies in 1802 after it was abolished during the French Revolution.

Macron is expected to address Napoleon’s role in reestablishing slavery into law during the commemoration, according to AFP, as he discusses both the good and the bad of the empire.

But other experts argue that Napoleon’s role in that dark history should preclude him from being commemorated.

Denouncing slavery as a crime against humanity, Louis-Georges Tin, former president of the Representative Council of Black Associations and historian Olivier Le Cour Grandmaison argued in an editorial published in Libération that “such an act should have the consequence of excluding the official from the list of national commemorations.”

Every weekday at 1900 CEST, Uncovering Europe brings you a European story that goes beyond the headlines. Download the Euronews app to get an alert for this and other breaking news. It’s available on Apple and Android devices. 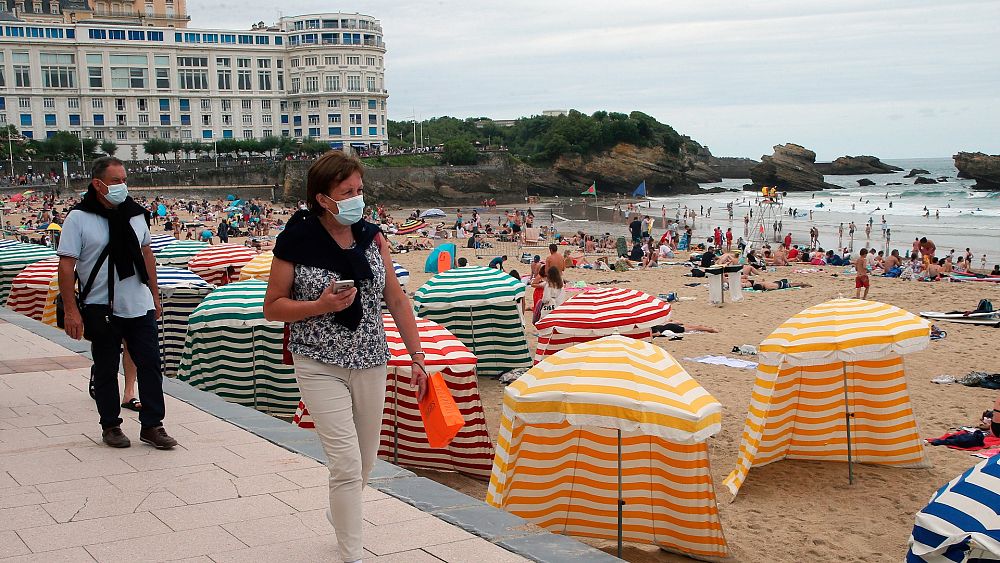 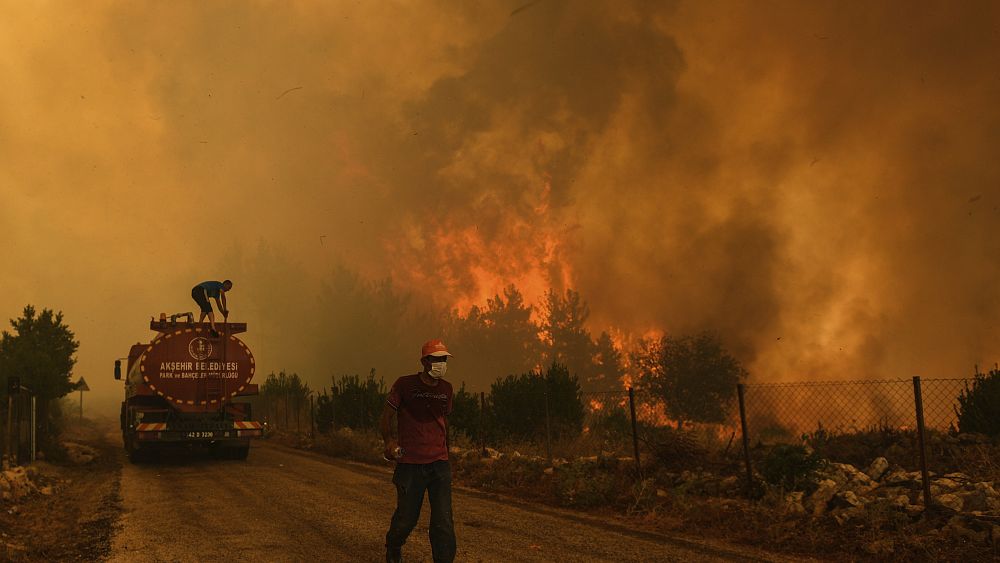 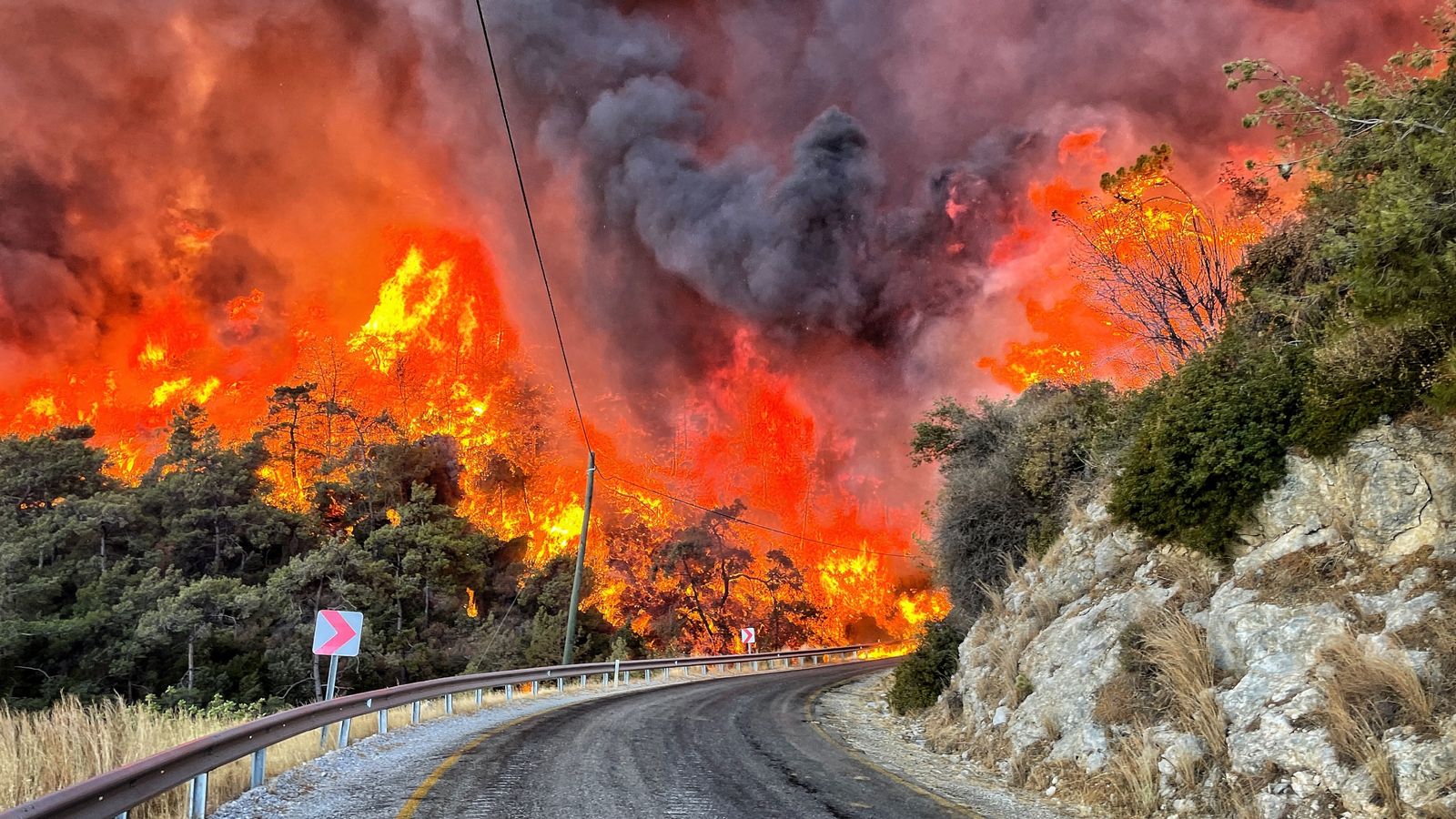 Turkey fires: ‘My house is burning, oh my God’ – Villagers tell of devastation as nation hit by worst infernos in a decade
2 seconds ago

Turkey fires: ‘My house is burning, oh my God’ – Villagers tell of devastation as nation hit by worst infernos in a decade 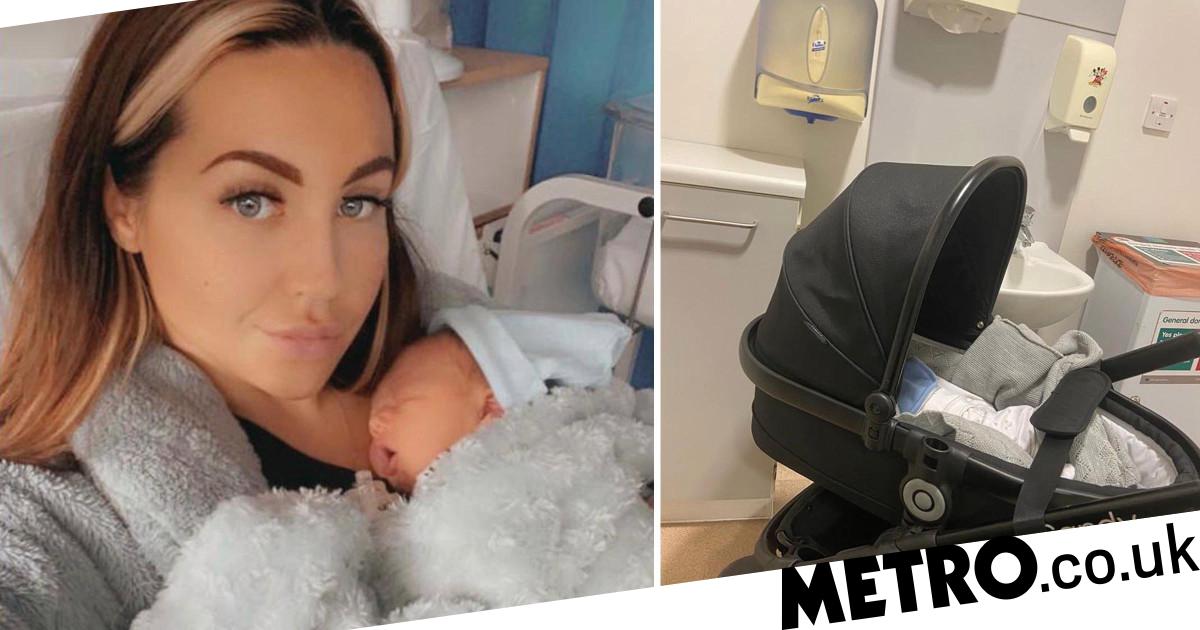 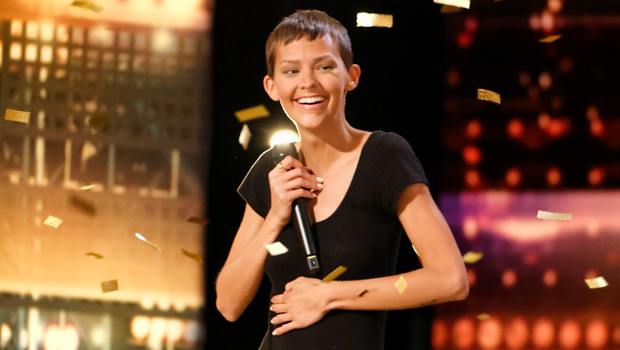