Workers demonstrate against soaring cost of living in central Athens earlier this year.

Nearly four years after Greece celebrated the end of its complicated bailout program, its people are growing increasingly concerned about their economic prospects once again.

The darkening public mood comes as Greece — like many EU member states — is gripped by soaring food and fuel costs, a trend that has been exacerbated by Russia’s months-long onslaught in Ukraine.

“Greece is safer but not safe,” Michalis Galenianos, an Athens resident, told CNBC when asked about the prospect of a recession. “I think Greece is more stable now than what it used to be. I think and I hope that the financially dark days of the past won’t come back.”

Greece has come through three successive bailout programs post-financial crisis, which, controversially, were dependent on a slew of reforms and years of austerity measures. The Greek economy then expanded by 1.6% in 2018 and 1.9% in 2019.

However, like the rest of the world, it suffered an economic setback in 2020 and 2021 due to the coronavirus pandemic, and is now facing new economic pressures with one of the highest inflation rates in Europe.

An estimate from Europe’s statistics office indicated that Greece’s headline inflation was 10.7% in May, rising from 9.1% in April. For ordinary citizens, this is a big change.

A Greek woman from Athens in her thirties, who did not want to be named due to her job, told CNBC she has become more conscious about where she spends her money.

“Especially on gas for my car and electricity. While I would normally forget the heater is on for some time before, now I have become really strict with myself,” she said.

“We’ve already spent a decade being really tight financially and I think it is devastating to go through this procedure again … I am mostly afraid of my salary and whether there will be any cuts again. At the same time, the rents are very high while during the financial crisis they were not, and it has become very hard to sustain myself,” she added.

According to a report by eKathimerini, rents across Greece rose by 5% between the fall of 2020 and the fall of 2021, but in some parts of Athens, rents soared by 17%.

Meanwhile, automotive gas prices and gasoline costs are above the EU’s average, according to a European Commission report out on June 13. And the country’s government has set a price ceiling on wholesale electricity prices in an effort to help both consumers and industry deal with sky-high costs.

“I am worried for the wellbeing of my family, they will struggle to make ends meet,” Vassilis Vasileios, who left Greece a year ago to work in Iceland, told CNBC.

What next for the euro zone?

The broader European outlook is not looking bright either, and contagion effects are possible.

“Hit harder than the U.S. by the energy price shock, we project the euro zone economy to enter recession before the U.S.,” analysts at Berenberg said in a note Tuesday.

This represents a notable charge in forecasts since the start of the year; at the time, the economic prospects for Europe were thought to be brighter than the U.S., but Russia’s invasion of Ukraine has changed that.

“If it were not for a likely post-Covid-19 return of summer tourists, the recession would probably be starting already,” Berenberg added, projecting a GDP contraction of 0.8% for the euro zone in 2023.

Analysts are not sounding the alarm for Greece just yet, however.

Jonas Floriani, analyst at AXIA Ventures group, said that Greece has a high level of savings which will come in handy if the economic situation gets worse.

At the same time, Greek banks are in a much stronger position than in the wake of the global financial crisis, Floriani said, and Athens is receiving the biggest chunk of European recovery funds, which will help with public investments.

And more relief measures could be on the way.

Greece is facing one of the highest inflation rates in Europe. The government has handed out subsidies and is consdering more measures.

“As the talk about snap polls is well underway in Greece, the government is expected to announce further voter-friendly measures in a bid to counter the impact of the cost-of-living crisis,” Wolfango Piccoli, co-president of the consultancy group Teneo, said in a note Tuesday.

“Athens launched during the past weekend a means-tested scheme allowing homeowners to apply for an electricity subsidy of up to 600 euros ($634). A second round of the ‘Fuel Pass’ — subsidies for petrol and diesel — applications has also been announced. The government is also considering another ‘inflation cheque’ similar to the 200 euros handout received by many Greeks before Easter to help households deal with rising prices,” he added. 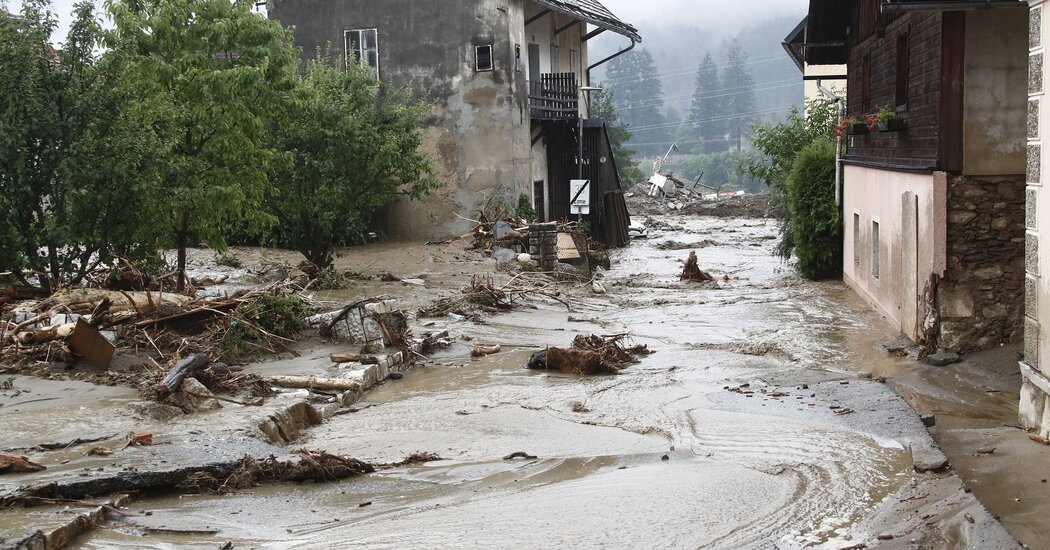 At Least 1 Dead After Heavy Rain in Austria