MINSK, Belarus — Pit Pawlaw, guitar in hand, bobbed before the line of riot police guarding the presidential palace, belting out the chorus of his band’s biggest hit even as a siren blared. The protesters joined in behind him: “Hey, la-la-la-lai, don’t wait, don’t wait.”

The police stayed silent during this recent Sunday protest. But, Mr. Pawlaw said, “I felt like, in terms of their body language, they were singing along.”

Thirty years ago, when the Soviet Union fell, rock music was Eastern Europe’s sound of change and freedom. In Russia, some of the rockers whose anthems bid farewell to Communism rose to stardom, wealth and mainstream acclaim. But in neighboring Belarus, where President Aleksandr G. Lukashenko soon re-established authoritarian rule, many were forced back underground — and they have stayed there ever since.

Now, it is as though Belarusian rockers — grizzled, jaded, tired of playing cover gigs and giving guitar lessons — are emerging from as much as a quarter-century of cryogenic sleep. Their renewed relevance sheds light on the breadth of the revolution now sweeping Belarus, one that has yet to unseat Mr. Lukashenko but is already reshaping society and national identity in what was long Europe’s most tightly controlled authoritarian state.

Protesters on Sunday once again flooded into the capital of Belarus and towns across the country, signaling the depth of anger at Mr. Lukashenko.

The crowd on Sunday in Minsk, the capital, appeared to be as large as those on three previous Sundays, when more than 100,000 people gathered to protest what they believe was a blatantly rigged presidential election on Aug. 9 and to demand that Mr. Lukashenko cede power.

“One might say that we’ve been preparing for this for a long time,” says Zmicer Wajciushkevich, a Belarusian bard who lives in the woods in a sort of self-imposed exile. “In principle, that would be correct.”

Mr. Wajciushkevich, 49, sings in Belarusian, as do Mr. Pawlaw, 53, and many of their peers who came of age in the 1980s and 1990s amid that era’s burst of national consciousness across Eastern Europe. Belarusian is one of Belarus’s official languages, but it is far less widely spoken than Russian. Singing in it has been seen as an act of resistance to Mr. Lukashenko, who has ruled since 1994 and aligned his country with Moscow.

In 2010, a presidential election year, Mr. Wajciushkevich publicly backed a challenger to Mr. Lukashenko, Vladimir Neklyayev, a poet. He set some of his patriotic and protest music to Mr. Neklyayev’s Belarusian-language verse. Mr. Neklyayev was jailed, and Mr. Wajciushkevich’s songs were taken off the airwaves and his concerts banned.

“I got so used to this sort of people’s love that, afterward, it was rather difficult,” Mr. Wajciushkevich says.

He retreated to a farmstead he owned in the woods a two-hour drive from Minsk, the capital. He built a second house on the property to stay sane, he says, in his sudden artistic isolation, and started a small tourism business. He put on an outdoor poetry festival timed to coincide with the song of nightingales.

After his morning walks, he wrote music. In 2011, he recorded a Polish protest song, “Walls,” in Belarusian. His recording attracted little attention until this year, he says, when the song became an anthem of the opposition movement.

Recent years represented a bit of a thaw for Belarusian musicians, but amid the protests, Mr. Lukashenko has again cracked down. At a state-sanctioned outdoor gathering before the August presidential election widely seen as falsified by Mr. Lukashenko, two defiant DJs played the 1980s song “Changes” by Viktor Tsoi, the Soviet star who helped establish rock as the soundtrack of the fall of Communism in Eastern Europe. The DJs were jailed for 10 days.

Belarusian rockers expect things to get much worse if the protests fail to oust Mr. Lukashenko. But should he leave, Belarusian music could be in for a new golden age, they say.

The uncertainty is such that several groups have delayed releasing their new albums. Yury Stylski, a punk rocker in the city of Brest on the Polish border, is struggling with what to do about the title track of his 22-year-old band’s upcoming release, “The Cops Will Teach You a Lesson.”

He recorded it earlier this year as an upbeat song poking fun at the police. Given the widespread beatings and torture of protesters last month, its lightness no longer feels appropriate.

“It’s in this suspended state right now,” Mr. Stylski, 45, said in a telephone interview. “It’s either going to be a hit, or not, I don’t understand anymore.”

Mr. Stylski, who was himself jailed for several days last month after taking part in protests, said he is considering rerecording the song in minor key and renaming the album “Long Live Belarus!”

Ihar Varashkevich, frontman of the Belarusian band Krama, said he has been surviving in a sort of vacuum since 1996, when Mr. Lukashenko’s authorities first started taking his songs off the air and banning his concerts. Getting approval for a performance required having the lyrics and posters cleared by government censors. He got by with the help of wealthy supporters and playing rock-and-roll covers. But the band is now finishing a new album that, if the political system changes, he thinks could redeem his decades of isolation.

“If there were a concert now, with good equipment, for the people out there, then this entire weight of almost the last 30 years would evaporate instantly,” Mr. Varashkevich, 60, said. “Once you understand that this is what you’ve been living for and that you did everything right, then everything will immediately be different.”

That is also the dream of Mr. Pawlaw, the musician who confronted the riot police. In his Soviet-built one-bedroom apartment recently on the capital’s outskirts, his dark bluejeans hung drying over the bathtub, which, as in many basic Minsk apartments, shares a swiveling faucet with the grimy bathroom sink. He is a rock star, he is quick to remind you, but this is Belarus; he makes a living with guitar lessons, and when his car headlight broke, he had to go get it fixed himself.

“I won’t earn tens of millions of dollars,” if Mr. Lukashenko departs, he said, “because I’m not so young anymore. But I would probably earn one, which would be enough.”

Mr. Pawlaw fell out a decade ago with Lavon Volski, the original leader of his band, N.R.M., which has roots in the early 1980s. This summer, the two of them released a video in which they reunited to play their best-known song, “Try carapachi” — “Three Turtles,” described as pulling the earth — the same tune that Mr. Pawlaw played for the riot police.

In the huge demonstration in Minsk last Sunday, as afternoon storm clouds gathered on the muggy final weekend of August, some of the protesters headed away from the police line in front of Mr. Lukashenko’s Independence Palace. They moved back toward the city center, walking along the pavement of the broad Avenue of Victors.

In the receding daylight, the protesters lifted up their shining smartphone flashlights, as at a rock concert. In the middle of the walking crowd, a woman with a ukulele, Palina Satsevich, led a rousing rendition of “Three Turtles.” A neighbor from her apartment building accompanied her on a melodica.

To love our Belarus, our dear mother,

You have to have been to different spots!

You will understand then: under your feet

Ms. Satsevich, 20, studies at the conservatory in Moscow but had come home to Minsk because of the pandemic. Like others in the city, she protested the Aug. 9 election results by driving around with her car windows down and loudly playing a Belarusian-language cover of Tsoi’s “Changes” on loop. She later augmented her playlist with songs by Mr. Volksi, Mr. Wajciushkevich and others.

“They lived on and did not lose their enthusiasm or their creative energy,” Ms. Satsevich said of the musicians. “There should be a monument put up to each of them for surviving this pressure.” 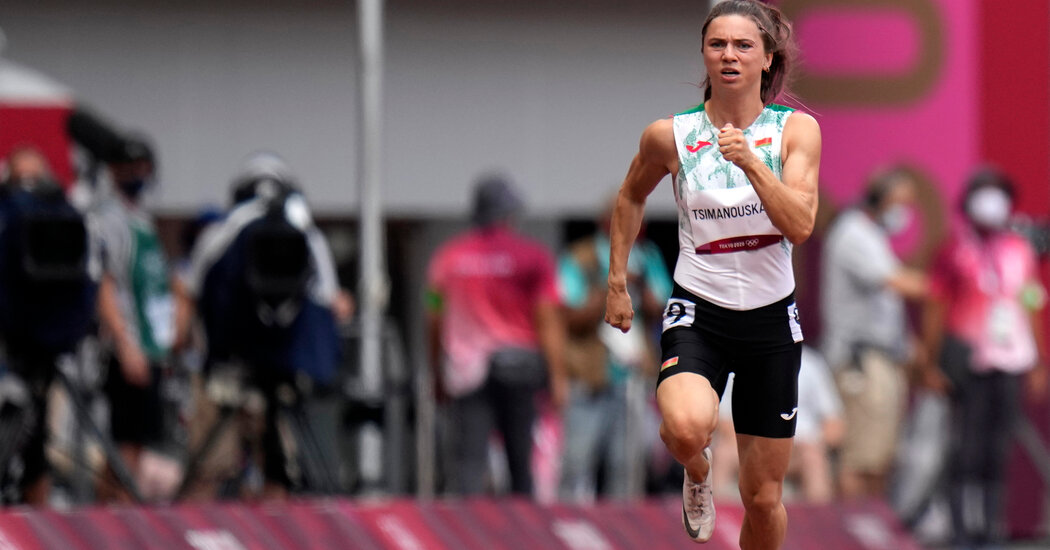 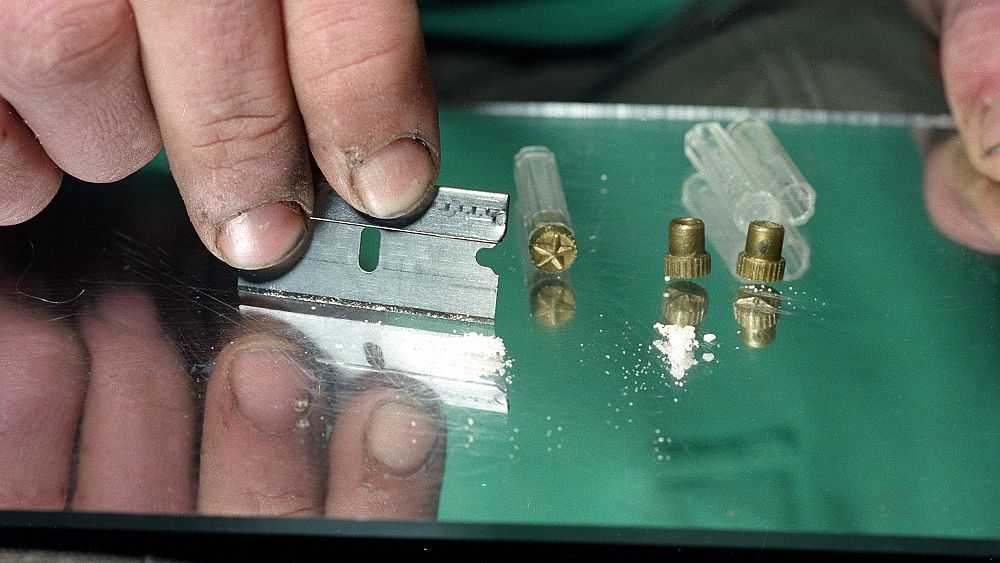 CCTV shows moments before law student, 19, was gunned down in drive-by shooting
1 min ago 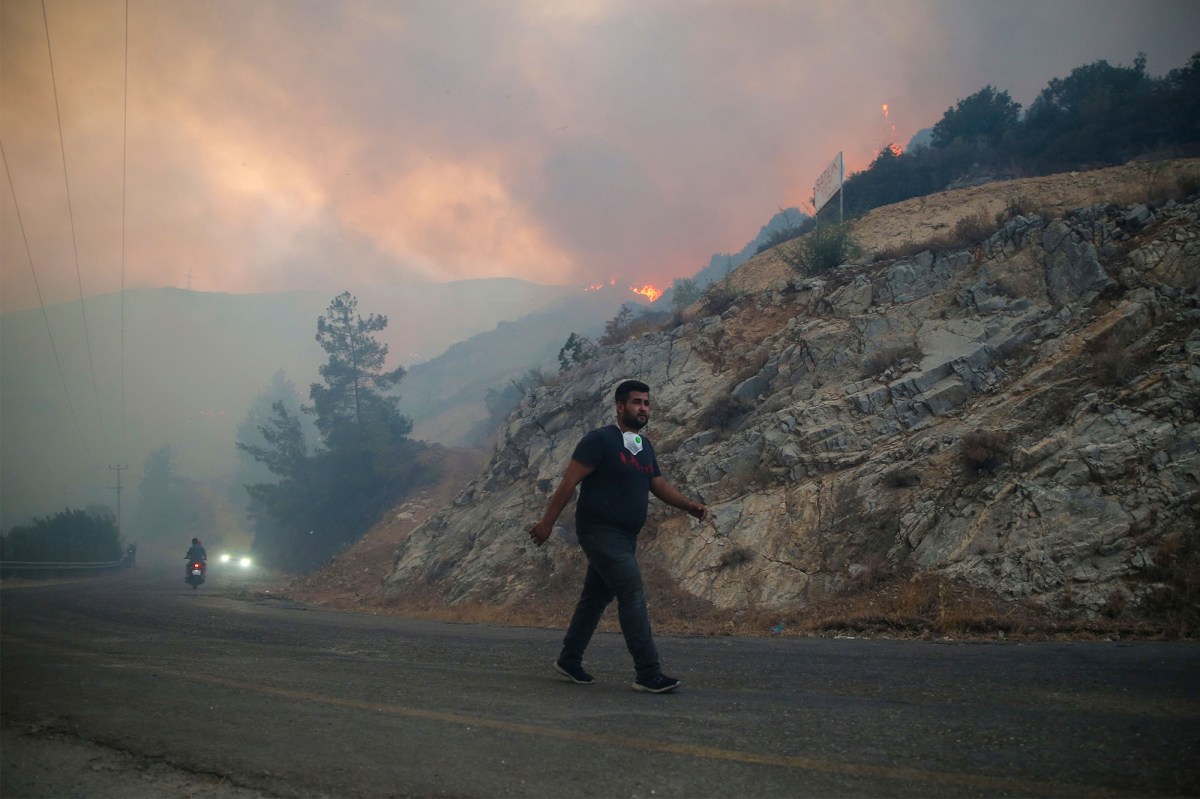 In heat emergency, southern Europe scrambles for resources
3 mins ago 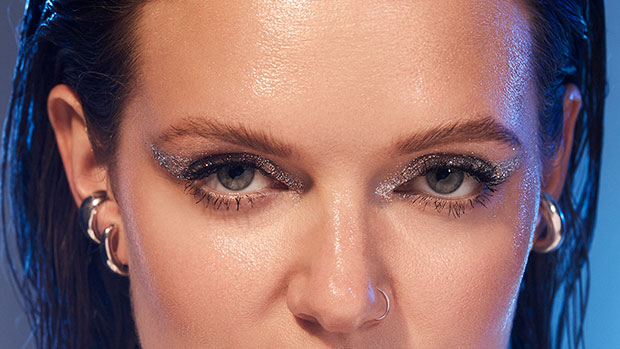