LONDON — On Wednesday night in a community hall here, Matilda James kick-started a rehearsal of the Citizens of the World Choir with an unusual instruction. “Can we really keep our voices down?” she said. “We don’t need to be louder than when we talk.”

Her plea — in line with findings by British scientists indicating that singing poses no more risk of spreading the coronavirus than talking, if done at the same volume — initially seemed to work. But about 20 minutes in, while practicing a jaunty Zulu folk song, the 14 members were clapping along and swaying side-to-side. Their voices grew louder and louder, ending in a joyful, full-voiced harmony.

“It’s really hard not to sing that one loud,” said Meg Brookes, the pianist.

Such measures are being adopted by choirs across the world as they return to in-person rehearsals amid a still-spreading coronavirus pandemic — a significant challenge after early outbreaks linked to choirs in countries including Britain, Germany, the Netherlands, South Korea and the United States suggested that collective singing might be one of the last cultural activities allowed to resume.

The risks remain. Earlier this week, the entire choir of the Czech Republic’s National Theater was quarantined after 10 members tested positive for the coronavirus, a spokeswoman said.

But since the spring, scientists around the world have conducted experiments with singers to work out the dangers and make recommendations, including shorter rehearsal sessions.

In the United States, a group of over 120 performing arts groups commissioned a study by scientists from the University of Colorado Boulder and University of Maryland. Last month, they published preliminary results indicating that because aerosols are released by singing, choir participants should wear masks, stand six feet apart and rehearse for no more than 30 minutes at a time.

Risk is significantly reduced if measures like these are followed, Shelly Miller, one of the lead researchers, said in a telephone interview. Citing one case in which 53 people were infected at a choir rehearsal in Mount Vernon, Wash., in March, she said that based on her group’s modeling, it was likely only seven people would have been infected if they had rehearsed for 30 minutes, rather than for over two hours, as they did.

Lucinda Halstead, the president of the U.S. Performing Arts Medical Association, said in a telephone interview that she knew the mask requirement would annoy some people.

“When you take a deep breath, they collapse against the face,” she said — though she added that many college choirs were following the advice.

New masks are also being developed to make singing easier, like the Singer’s Mask, sold by the Broadway Relief Project, which protrudes from the face, Halstead added. Such masks are becoming increasingly popular, with West Virginia University’s choral director having also made a version, and Halstead said that continuing research would examine their effectiveness.

Some choirs in the United States were getting around the suggested time limit by swapping rooms after 30 minutes, Allen Henderson, the executive director of the National Association of Teachers of Singing, said in a telephone interview. But most are still gathering solely online, he added.

The members of one choir that is rehearsing in person say they are not doing so lightly.

Becky Dell, the musical director of the Citizens of the World Choir — a group of refugees, migrants and their supporters — said she had spent “hours and hours” reading scientific studies and guidance.

The choir is now taking protective measures like spacing singers at least six feet apart and keeping the hall’s large windows open, though they don’t wear masks. Rehearsals are taking place in two half-hour sessions, Dell said, with a break to air the room. The choir also offers an online option for members who don’t feel comfortable attending in person.

In Britain, choirs have been allowed to meet indoors since Aug. 15, when the government relaxed its guidance on the recommended distance between people in group settings. On Tuesday, the choir of St. Paul’s Cathedral in London returned to perform at services, and several other church choirs have returned for indoor rehearsals.

That shift has been important for choirs, which are typically more than just a s singing group.

“We really are a family,” Dell said of the Citizens of the World Choir.

Its members include people from Syria and the Democractic Republic of Congo, and some are asylum seekers who have been waiting years for their applications to be processed in Britain’s immigration system, she said.

Barred from working and with little money to socialize, they had found an outlet in the choir, she added. During the country’s lockdown this spring, Dell said, the choir sent laptops to several members and paid for data plans so they could take part in online rehearsals.

“I don’t want to be dramatic,” she said, “but it makes a difference between a life worth living or not.”

On Wednesday night, five of the choir’s members all said they felt safe indoors.

Aref Hussaini, 22, an Afghan refugee born in Pakistan, said it was “a delightfulness” being able to sing together. With the choir covering his internet costs during the lockdown, he was able to take part in Zoom rehearsals, but often lost cellphone connection. He said he preferred singing in a group, so he wasn’t self-conscious about his voice.

“You can release whatever’s inside, and it feels so good,” he said.

Sonia Shamlo, 35, a political refugee from Iran, said she had asthma and had been stressed about going out during the pandemic. But “it’s more important to be here than worried,” she said.

“Choir is not just choir for me,” said Shamlo, adding that being part of the group had helped her deal with past traumas, including traveling across land from Iran to Britain. “It’s therapy,” she said.

The evening had the usual sights and sounds of a typical choir rehearsal, making it easy to forget all the coronavirus measures. At one point, Hussaini, got lost and flicked through the sheet music to find his place. Shamlo smiled broadly throughout, especially when the sopranos’ voices leapt high above the others.

But eventually the restrictions crept back in.

Exactly 28 minutes into the rehearsal’s second half, Ms. Brookes, the pianist, was leading the choir through a song involving lots of body percussion, in which the singers beat their chests.

“We’ve only got two minutes left, so let’s do it a bit faster,” she said. “Have a bit of a dance! We don’t really get to do this at the moment.”

Almost everyone happily did what they were told. 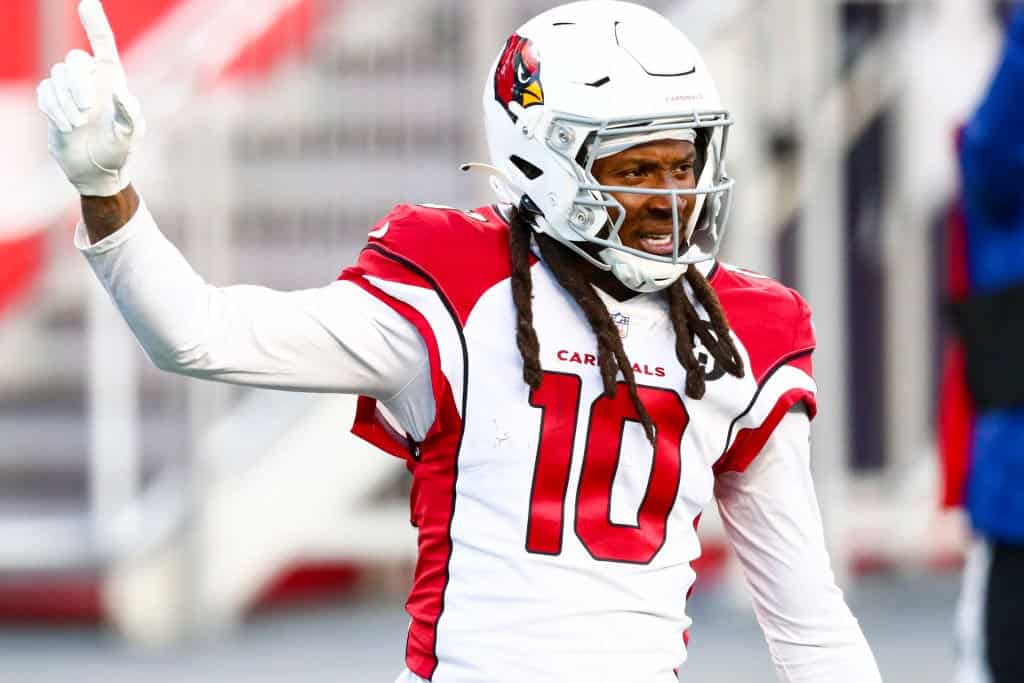 Who are the highest-paid wide receivers in the NFL in 2021? | PFN
2 seconds ago

UEFA Champions League TV schedule, live stream, how to watch round of 16 second legs
3 mins ago 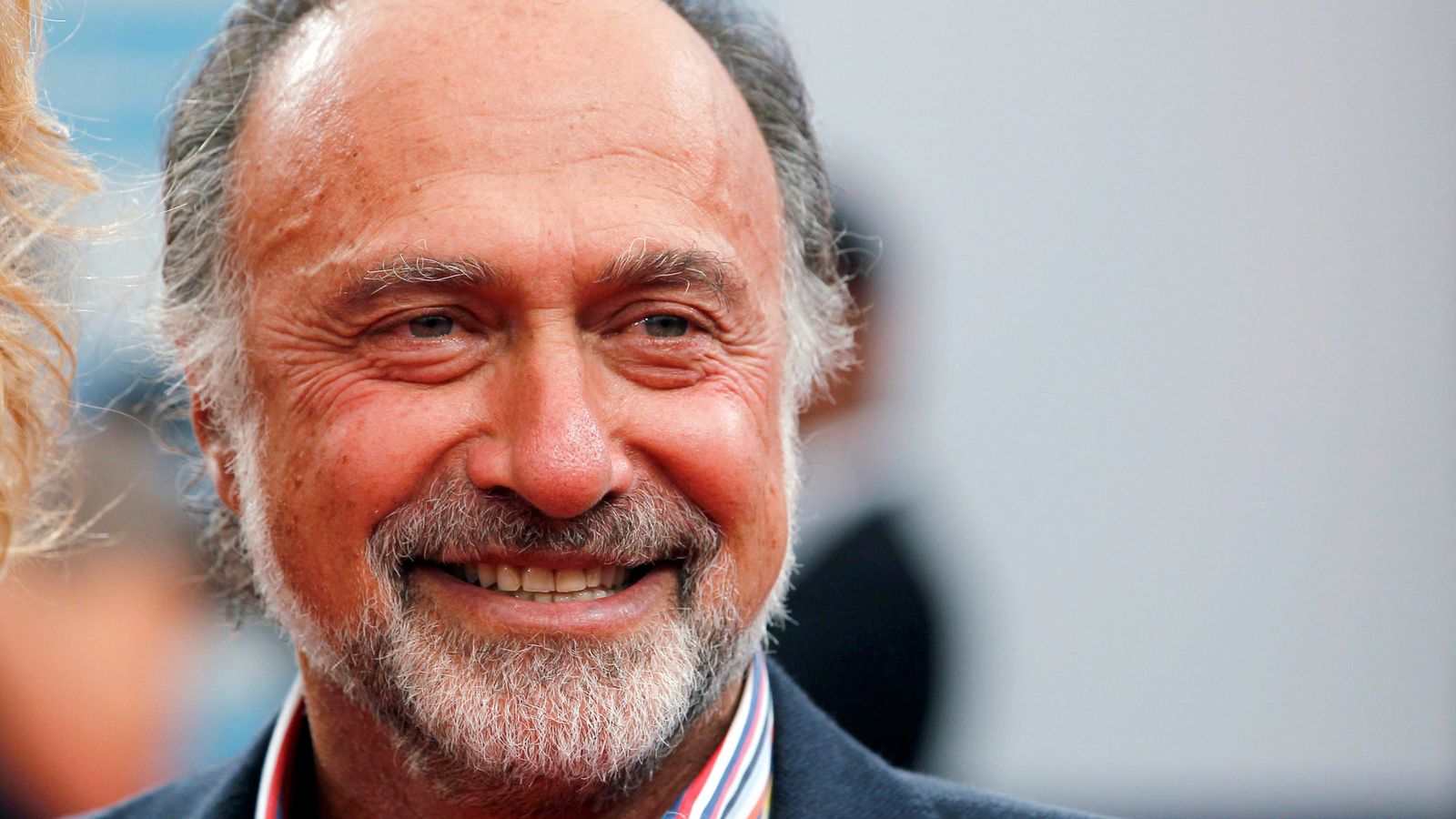 Man Utd ‘not thinking’ about title
8 mins ago

Man Utd ‘not thinking’ about title