LONDON — Ecstatic cheers bounced around a specially built 3,000-capacity hexagonal arena Thursday night as the members of Abba — one of pop music’s behemoths — slowly emerged from beneath the stage, their classic ’70s hairstyles leading the way, to play their first concert in over 40 years.

As a synthesizer blared and lights pulsed, the singer Anni-Frid Lyngstad twirled her arms skyward, unveiling a huge cape decorated with gold and fire red feathers, while she sang the slow-burn disco of “The Visitors.” Benny Andersson, poised at his synth, grinned like he couldn’t believe he was onstage again. Bjorn Ulvaeus, the band’s guitarist, focused on his instrument. Agnetha Faltskog swirled her arms as if in a hippie trance, adding her voice to the chorus.

The audience — some already out of their seats dancing, glasses of rosé prosecco in hand — laughed because the comment went straight to the heart of the event. The members of Abba onstage weren’t real; they were meticulous digital re-creations made to look like the group in its 1979 heyday. The real Abba — whose members are all at least 72 years old — was watching from the stands.

Thursday’s concert was the world premiere of Abba Voyage, a 90-minute spectacular that runs in London seven times a week until at least December, with potential to extend until April 2026, when the permission for the Abba Arena expires, with the land being designated for housing.

During the show, the digital avatars — known as Abbatars — performed a set of hits with the help of a 10-piece live band and an array of lights, lasers and special effects. For the Spanish-tinged “Chiquitita,” the group sang in front of a solar eclipse. For the stadium disco of “Summer Night City,” it appeared in pyramids made of dazzling light, with the rings of Saturn twirling in the background. The avatars also appeared as 30-foot-tall figures on huge screens at the sides of the stage, as if being filmed at a real concert. At points, they started appearing in dozens of places onstage as if in a manic music video.

Baillie Walsh, the show’s director, said the event was meant to be “a sensory overload.”

The project, which Walsh said pushed digital concerts beyond the hologram performances that have made headlines in the past, is the result of years of secretive work, protected by hundreds of nondisclosure agreements. That included five weeks filming the real Abba in motion capture suits in Sweden; four body doubles; endless debates over the set list; and 140 animators from Industrial Light & Magic (known as I.L.M.), a visual effects firm founded by George Lucas that normally works on Hollywood blockbusters.

Svana Gisla and Andersson’s son Ludvig Andersson, the event’s producers, said in an interview last Friday that they had to deal with a host of problems during the eight years they worked to develop the show, including fund-raising challenges and malfunctioning toilets.

“It’s been stressful,” Andersson said, looking exhausted and sucking a mango-flavored vape pen. “But, make no mistake,” he added, “nothing has been more enjoyable than this.”

The idea started around 2014, Gisla said, when she was brought in to help make music videos for the band involving digital avatars, a process that was “a total nightmare,” she said. Around 2016, Simon Fuller, the producer behind the “Idol” franchise and the Spice Girls, suggested a show starring a 3-D version of the group “singing” while backed by a live band. (Fuller is no longer involved.)

The group needed to get creative because Faltskog and Lyngstad had made it clear that they didn’t “want to go on the road,” Andersson told The New York Times in 2021. But the quartet did want to include fresh music in the show, so it reunited in secret to work up a few songs, which became something more: “Voyage,” Abba’s first new album in four decades, released last year.

The team quickly realized that holograms were not up to scratch; nor were a host of other technologies. “We kissed a lot of frogs,” Gisla said. It was only when they met representatives of Industrial Light & Magic that she felt they had found a company capable of making “really convincing digital humans,” who could be “running, spinning, performing in floodlights.” The key, Ulvaeus said in a video interview, is “for them to emotionally connect with an audience.”

During test shoots in fall 2019, the group’s male members “leapt in with no qualms,” Ben Morris, I.L.M.’s creative director, said. (The musicians’ biggest concern? Shaving off their beards. “I was scared what I would find underneath,” Ulvaeus said.) Lyngstad had just had hip surgery and was using a cane. “But we started playing some songs and she slowly slid off the stool, stood up and said, ‘Take my stick away,’” Morris recalled.

The following spring, the band was filmed for five weeks by about 200 cameras in Sweden, as it repeatedly played its hits. The British ballet choreographer Wayne McGregor and four body doubles selected from hundreds of hopefuls looked on, with the intention of learning the band’s every movement, stance and expression so they could mimic its members, then extend their movements to develop the show’s final choreography.

Steve Aplin, I.L.M.’s motion director for the event, said they went through “literally hundreds” of iterations of each avatar to get them right, and also modeled clothes designed by the stylist B. Akerlund. The hardest to achieve was Andersson, he added, since “his personality is the twinkle in his eye.”

While the Abbatars were being developed, the 10-piece band was being formed and Gisla was fund-raising (the final budget was 140 million pounds, or about $175 million, she said), developing an arena capable of handling all the technology and trying to keep the massive project under wraps. A moment of potential jeopardy came in December 2019, when the team submitted a planning application to the London authorities that had the word “Logo” on technical drawings of the building instead of “Abba,” in the hope no one would investigate further.

When the coronavirus pandemic hit, a project that “already seemed ludicrous before Covid” became “doubly ludicrous” Gisla said, since she was asking backers to trust the idea that 3,000 people would want to dance next to each other in the near future. Materials for the arena’s sound insulation almost got stuck outside Britain when a ship jammed in the Suez Canal; the wood for the building’s facade was meant to come from Russia, but was sourced from Germany at increased expense after Russia invaded Ukraine.

Asked what he had gone through while making the project, Walsh replied, “A nervous breakdown,” then laughed.

Abba Voyage is not the only Abba-themed event in London; the long-running “Mamma Mia!” musical in the West End also regularly attracts boozy bachelorette and birthday parties. Gisla said that like a West End show, Abba Voyage would have to sell about 80 percent of its seats to make a profit. Tickets start at £31, or $38, although few of those cheap seats appear available for the initial run. Attendees pay more — starting at $67 — for a spot on a dance floor in front of the stage.

Andersson, the producer, said he obviously hoped Abba Voyage would be a commercial success — as do the other members of Abba, who are investors — but he insisted he was happy the team had simply “created something beautiful” after so much toil. Ulvaeus said he wouldn’t be surprised if some of the group’s contemporaries consider a similar undertaking: “If they ask me for advice, of course, I would say, ‘It takes a long time and it’s very expensive.’”

At Thursday’s premiere, the audience was split between invited celebrities in the stands (including Sweden’s king and queen) and members of Abba’s fan club on the dance floor, yet in both sections people hugged in joy at the sound of beloved songs, and danced and sang along. The fact that the band onstage wasn’t the flesh-and-blood originals didn’t seem to matter. For “Waterloo,” the Abbatars simply introduced a huge video of their 1974 Eurovision performance and danced their way offstage as the crowd cheered wildly.

Jarvis Cocker of the band Pulp said he had been left in “a state of confusion” by the show. “I felt very emotional at certain times during that performance, which I’m calling a performance but it wasn’t — it was a projection,” he said. He added, “But I don’t know what it means for the future of mankind.” He suggested avatar shows featuring the Beatles and Elvis Presley wouldn’t be far behind.

The fans outside were too overwhelmed to worry about the show’s implications for the live music industry. Teresa Harle, 55, a postal worker who attended with a friend and ran to the front of the arena to get the best view, said she found the avatars so convincing, she even waved at Faltskog when the show ended.

“It was a once in a lifetime experience,” Harle said, “even though we’re coming again tomorrow, and Saturday.” 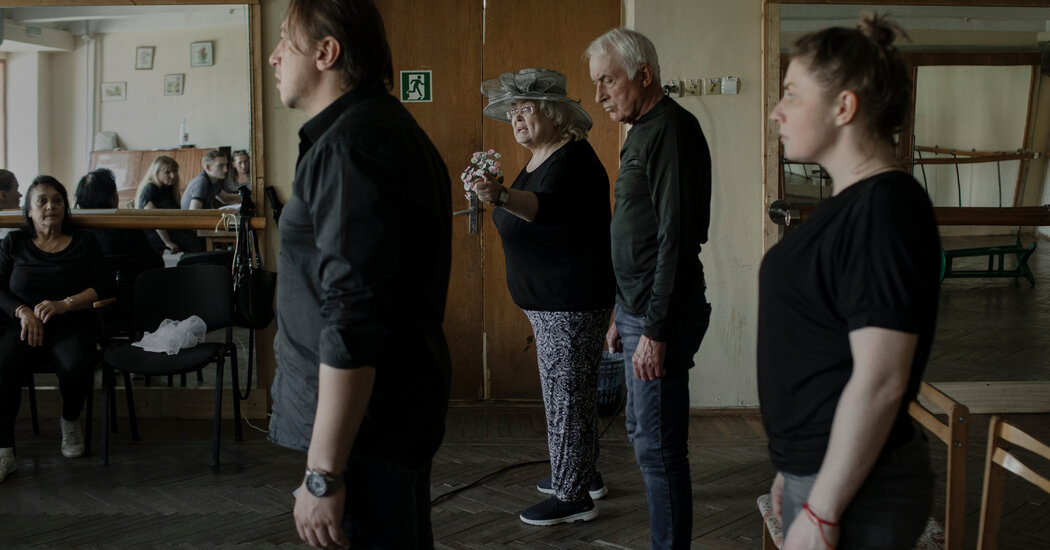 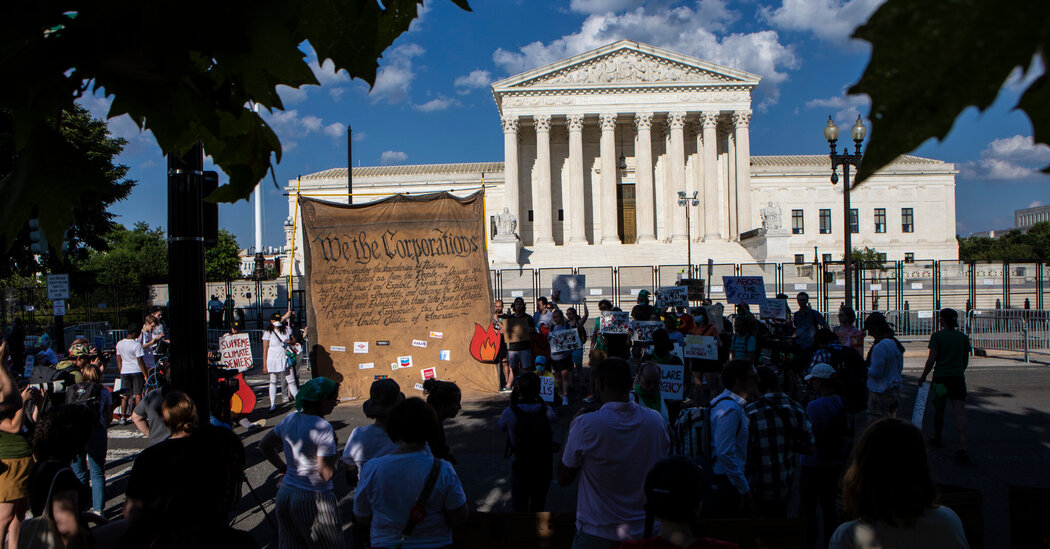