Passengers on board a United Airlines flight from Denver to Honolulu had several moments of terror on Feb. 20 when their plane, a Boeing 777-200, experienced a right-engine failure shortly after takeoff, causing a massive bang and sending debris raining down over a quiet Denver suburb. Passengers captured video, much of it shared on social media, of the plane’s Pratt & Whitney engine, its cover ripped off, its turbine oscillating and in flames. The plane, which had 231 passengers and 10 crew members on board, returned to Denver and landed safely.

An eerily similar incident played out the same day in the Netherlands with a Boeing 747-400 cargo jet. That plane’s engine, while different from the Boeing 777 in Colorado, was also manufactured by Pratt & Whitney, and it also caught fire and spewed metal parts before the plane made its own safe emergency landing.

Those events were the latest in a string of dramatic high-altitude failures over the past few years. In 2018, another United Airlines flight, also heading to Honolulu, experienced a nearly identical engine failure as the one seen over Colorado. So did a Japan Airlines flight heading from Tokyo to Okinawa in 2020. Both of those planes were also Boeing 777-200s equipped with Pratt & Whitney engines.

Other aircraft have had major incidents: The midair engine explosion of a Southwest jet in 2018 caused the death of a passenger, Jennifer Riordan. (That plane, a Boeing 737, was equipped with an engine manufactured by CFM International, a joint venture of General Electric and France’s Safran Aircraft Engines.) And then there were the two devastating crashes of Boeing 737 Max planes, which, combined, killed 346 people and caused the entire fleet to be grounded for nearly two years.

On Sunday, United, the only U.S. carrier whose 777s are powered by that particular Pratt & Whitney engine, ordered all of them thoroughly checked before they could fly again, while Boeing said that 128 of its 777 jetliners worldwide should be temporarily taken out of service. An initial investigation pointed to metal fatigue in the engine’s fan blades and the F.A.A. on Tuesday said Pratt & Whitney engines on Boeing 777s must be inspected before the planes return to the sky.

Statistically, commercial air travel has proved to be extremely safe, and episodes like the one seen over Colorado on Saturday are rare. But anxious fliers feeling an extra jolt of the jitters may now be asking how commercial airplanes are maintained and serviced, and how much they can learn about the planes they are assigned to fly on before they get onboard. Here are some answers.

How can I find out what kind of plane I’ll be flying on, and can I switch?

Depending on the airline you’re flying, determining the aircraft assigned to you is often as simple as taking a closer look at your reservation. Most airlines list this information right on their online booking page, near the flight details.

If you can’t find it there, websites, including SeatGuru, which offers seating maps and customer reviews of most models of airplanes, and FlightRadar24, which lets visitors track any flight in real time, both make it easy to see the make and model of the aircraft assigned to any chosen flight.

If you’re looking for an airplane’s engine model, you’ll have to dig a bit deeper. Airfleets.net will give you that information, but you’ll need your aircraft’s tail number. It’s a series of six numbers and letters, starting with N, and you can find it by searching for your flight on either SeatGuru or FlightRadar24, or, if you’re already at the gate, by actually looking at your plane. As the name implies, the number is visible on the aircraft’s tail.

But don’t be surprised if your airline makes a last-minute change that puts you on a different plane entirely. Such switch-ups are common, which makes it futile to book an itinerary based on a preferred model of plane.

“What you book today is not necessarily the plane you’re going to take when the trip comes,” said Brian Kelly, the founder and chief executive of the travel loyalty website The Points Guy.

Covid-19, which has upended many airlines’ flight schedules, has made this practice even more common. But it’s also made it easier for passengers to switch flights if they’re uncomfortable boarding the aircraft assigned to them.

“There’s no consumer law that says if you don’t want to fly on a certain aircraft, they have to accommodate you, but most airlines have waived their change fees,” said Mr. Kelly. “It’s easier to change flights than it’s ever been.”

Constantly. Before every flight, pilots do a walk-around inspection of the plane and its equipment; the Federal Aviation Administration mandates that deeper inspections of planes must be conducted at least every 100 flight hours. After about 6,000 flight hours — the timing depends on the aircraft — planes get what’s called a C Check, which will remove them from service for a full week or longer while technicians perform a deep inspection of all of their parts. A D Check, the most intensive maintenance visit, involves fully dismantling the plane to check for damage in every nook and cranny; these happen every six to 10 years.

There are additional, mandatory schedules for maintenance and service checks stipulated by the specific manufacturer of each aircraft’s many parts. And there are surprise inspections, too.

“The F.A.A. conducts random checks on all certified operators in which we may look at maintenance records, the aircraft themselves, or both,” said Ian Gregor, a public affairs specialist for the F.A.A.

In the case of United’s 777-200, the metal fatigue that caused the engine’s fan blades to snap off was likely invisible to the naked eye. But those blades should have been inspected via thermal acoustic imaging, which can reveal microscopic cracks, relatively recently; in March 2019 the F.A.A. ordered extra checks on Pratt & Whitney engines after an engine failure on a different United flight.

“We’ve known about metal fatigue since the Industrial Revolution,” said Mark Baier, the chief executive of AviationManuals, which produces safety manuals and aviation safety management software. “It’s just something that happens. But what this demonstrated was actually how incredibly safe these aircraft are, because the aircraft continued to fly quite normally.”

Not in the United States. “F.A.A. regulations apply to all airlines uniformly,” Mr. Gregor said.

“It’s not unheard-of for airlines to operate with maintenance issues, or for corners to be cut,” said Loretta Alkalay, a former F.A.A. attorney and adjunct professor at Vaughn College of Aeronautics in Queens, N.Y. “There are definitely some operators who are less meticulous than others.”

When an airline is in violation of regulations, the F.A.A. initiates enforcement actions, which involve penalties. These are published on their website and can be read by the public.

Travelers wanting more insight on an airline’s safety ratings can check out Airline Ratings, which rates safety on a seven-star scale based on crash and pilot incidence data, audits from the International Civil Aviation Organization and even Covid-19 compliance. The site even has a feature to compare selected airlines.

But the safety records of all U.S. airlines are so uniformly excellent, said Patrick Smith, a commercial pilot and host of the aviation website Ask the Pilot, that obsessing over whether one airline poses a greater risk than another is a waste of time.

“You can drive yourself crazy poring over the fractions of a percentage that differentiate one carrier’s fatality rate from another’s,” he said. “For all intents and purposes, they’re the same.”

Are older planes less safe than new ones?

The 777 involved in the Colorado incident had been flying since 1995. The 2018 United flight to Honolulu that also experienced engine failure was built in 1996; a Boeing plane that crashed into the Java Sea in Indonesia in January was 26 years old. Should passengers be wary of flying on aging planes?

“The data doesn’t really bear that out,” said Mr. Baier. “And a lot of older airplanes are upgraded with new equipment or systems.”

Also, the more a plane flies, the more maintenance checks it receives. “Commercial jets are built to last more or less indefinitely,” said Mr. Smith, the pilot. “The older a plane gets, the more and better care it needs, and inspection criteria grow increasingly strict.”

Mr. Kelly, of The Points Guy, explains on his site that anyone can check the age of a plane on FlightRadar24, as long as they’ve paid for a Silver membership to the site. For his part, however, he says that he doesn’t consider a plane’s age when booking. “The 737 Max was a brand-new airplane,” he said, “and it was very problematic. I would not say old planes are any less safe than new ones.”

If an issue is discovered during a standard maintenance check, what happens next?

The pilot will call for a maintenance team, who will attempt to fix the issue on the ground (often while passengers wait at the gate). If the issue is minor but can’t be fixed immediately, the plane might still fly — air operators follow a document called the Minimum Equipment List, a list of systems and parts that can be inoperable and the plane can still fly.

If the maintenance issue is critical and the plane can’t be flown until it’s repaired, it will be taken out of service until it’s fixed. Safety issues with parts and aircraft prompt the F.A.A. to issue air worthiness directives, which notify all airlines making use of similar equipment that inspection, and potentially corrective action, is required.

Before the plane in question is returned to operation, crews will run several series of tests, likely including a flight or two, before supervisors will sign off on the mechanics’ work.

And what if an issue arises mid-flight, as it did on Feb. 20? Pilots are prepared for moments like those, said Dan Bubb, a former pilot and expert on aviation history at the University of Nevada, Las Vegas.

“When you’re flying, you’re always anticipating what could go wrong so you can get in front of it,” Mr. Bubb said. “Pilots regularly undergo training for all sorts of scenarios. And when it happens, your training kicks in. The pilots did a textbook job of safely landing that plane.” AKA ’inconsolable’ after tragic death of fiancée Anele Tembe Identifying Your Voice in Business: How to Do It, When to Shout, and Where It Can Get You
4 mins ago

Identifying Your Voice in Business: How to Do It, When to Shout, and Where It Can Get You 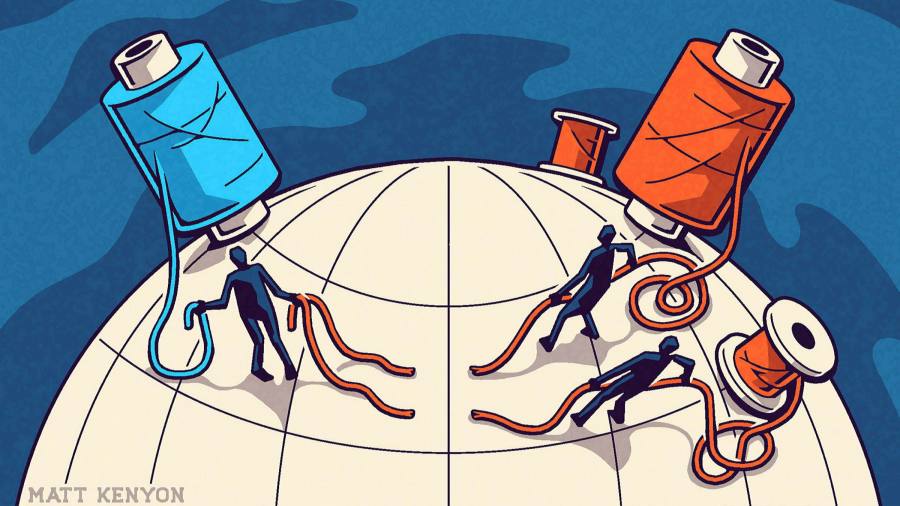 Why manufacturing matters to economic superpowers
10 mins ago

Why manufacturing matters to economic superpowers 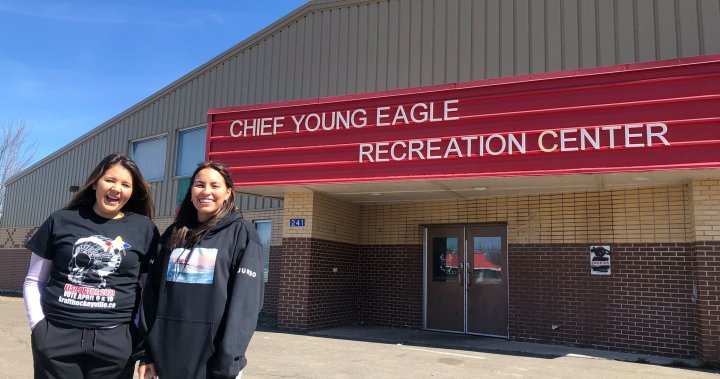 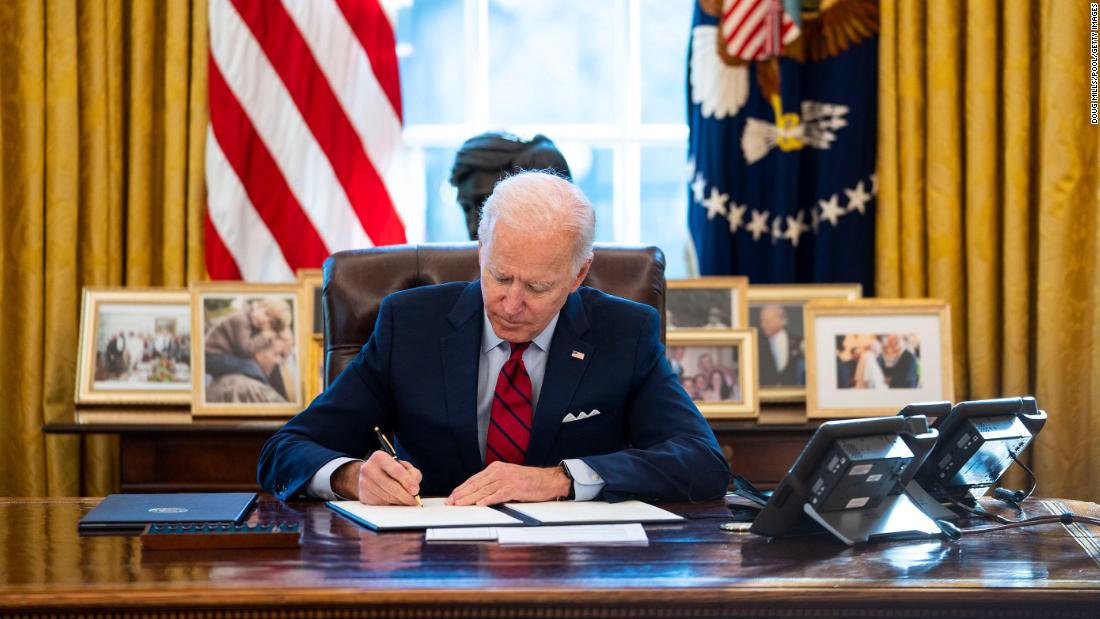 Analysis: Biden strengthens Obama’s legacy while seeking his own
20 mins ago

Analysis: Biden strengthens Obama’s legacy while seeking his own