The documentary filmmaker Elizabeth Chai Vasarhelyi lives in fear of not telling a complete story. What if there is another angle to explore? More footage to uncover? Is her exploration of a topic ever really complete? Those feelings were occupying large swaths of her brain back in May when she was finally able to travel to Thailand.

Vasarhelyi, 42, and her husband, Jimmy Chin, 47, are best known for their Oscar-winning, death-defying climbing documentary, “Free Solo.” The duo had already spent three years painstakingly turning over every piece of video available to them for their new film: “The Rescue,” which opens Oct. 8 in theaters. It tracks the 2018 global effort to retrieve 12 young soccer players and their coach trapped in the flooded Tham Luang cave in Chiang Rai Province, Thailand. The filmmakers had scoured international news feeds and local Thai footage, often piecing together scenes from a slew of disparate sources. What they couldn’t find, she and Chin and the British divers who led the rescue operation recreated in a tank in Pinewood Studios in Britain.

They had essentially completed their movie. It was moving and harrowing, yet it still nagged at Vasarhelyi. It was missing the scope of the operation and some smaller, more intimate moments that underscored the gravity of the situation. But those moments were in the hands of the Thai Navy Seals, and after two years of negotiations, no amount of effort on Vasarhelyi’s part had convinced the military to share the footage with her.

Until May. When Vasarhelyi, fully vaccinated and willing to endure a two-week quarantine in Thailand, made the trek to Phuket to meet with Rear Adm. Arpakorn Youkongkaew, a Royal Thai Navy Seal commander, and his wife, Sasivimon Youkongkaew, a former television journalist who had the instinct to give the Seals cameras at the beginning of what would become an 18-day rescue operation.

“We spent three years with this story — I’d be writhing on the floor if it popped up” after the film was finished, she said, referring to any missing scene. “It’s like the code of nonfiction: if it’s out there we have to try everything to get it.”

This time, after a long meeting when Vasarhelyi again conveyed her intention to include all sides of the story, they finally agreed. She returned to the United States with the promise of a treasure trove of footage and the assistance of Youkongkaew, who flew to New York with the 87 hours of footage in her backpack and the patience to sift through it.

“It’s like a dream come true for a nonfiction filmmaker. It was also a nightmare,” Vasarhelyi said about the arrival of all that footage after their film was supposedly finished. Their editor, Bob Eisenhardt, “knew what I was asking of him. You saw the iceberg coming. It was going to be a slow, painful crash and then no one was going to sleep all summer.”

The result of that extra effort is a visceral, heart-thumping cinematic experience, as edge-of-your-seat as Alex Honnold’s journey in “Free Solo” even though the fate of the soccer team had been well-documented. Fifteen minutes of footage from the Seals (and the Thai army) is now in the movie, providing the film with an extra layer of scope. Thanks to the rescue team cameras, viewers will see the first time the divers Rick Stanton and John Volanthan emerged from the cave having found the boys as well as shots of hundreds of people lifting stretchers containing the children out of the water.

“That stuff finally gave you a scale,” said Vasarhelyi, who admitted not understanding why so many people were required for the rescue until she saw the footage and did her own cave walk on her trip to Thailand.

“The Rescue” made its world premiere at the Telluride Film Festival in early September. Three weeks later, when Vasarhelyi and Chin sat down for an interview, the movie had changed again — an additional minute had been added to highlight other crucial rescue tactics.

“The process of this has been so intense,” Chin said. “We do want to represent what was really important and we’ve been digging at this thing for three years trying to make it right.”

“I told my mom I did everything I could,” Vasarhelyi added with a laugh.

Complicating Vasarhelyi and Chin’s efforts was a complex and convoluted grab for the life rights of the people involved in the rescue. Vasarhelyi and Chin were initially attached to direct for Universal, which planned a dramatized version based on the soccer players’ stories. But rights to those stories disappeared after the Thai government got involved. Netflix then scooped them up and is currently shooting its own mini-series in Thailand.

For “The Rescue,” National Geographic, which financed the film, had the rights to the British divers, a ragtag group of mostly middle-aged men who happen to be the best amateur cave divers in the world. While the rescue effort was a global one, without the divers the boys probably would not have survived.

Vasarhelyi and Chin did not have the boys’ rights, so she wasn’t permitted to interview them for the film. She did get to meet them when she visited Thailand. “It wasn’t on camera,” she said. “I just wanted to hear … and understand.”

Vasarhelyi shared meals with some of them and learned more about their 18 days underground. She was taken by their role-playing exercises in which one child would pretend to be the parent so the others could recreate the families they were missing. The kids also asked Vasarhelyi to show them the footage she had of them being sedated by Dr. Richard Harris, an Australian anesthetist and cave diver who made the crucial — and controversial — decision to inject them with a mixture of Xanax, Ketamine and Atropine so they could be transported a mile underwater (about 2 ½ hours) without panicking.

“It was just surreal,” Vasarhelyi said. “Of course they wondered what it all looked like. Of course they wanted to know what happened when they were under. I’m happy that we were able to share that with them.”

Working with the divers presented its own set of challenges. Because of the pandemic, the filmmakers were deprived of their usual tools to get subjects to open up: dinners, hangout time, etc. Instead, they had to bond virtually over their shared understanding of extreme lifestyle sports, what Chin, a professional climber himself, described more as lifestyle than sport. “They live it. They plan everything around it,” he said. “I think that they recognize that we can understand that. We wouldn’t write them off as crazy people who want to go dive in a cave. We kind of get it.”

The divers were also drawn to Vasarhelyi and Chin’s dedication to accuracy. The producer P.J. van Sandwijk, who secured the rights to the divers’ lives in two separate deals, one for the documentary, another for an upcoming feature directed by Ron Howard, said the men were initially “apprehensive to do anything.” He added, “They very much came back from Thailand with a mind-set of ‘This was a global rescue, there were thousands of people on the ground.’ They didn’t want this to become just about those guys.”

So when Vasarhelyi and Chin asked the divers to join them at Pinewood Studios to re-enact the underwater scenes, the men took it as a sign of the filmmakers’ dedication.

“What we wanted to do all along when we started the documentary was to sort of demonstrate what we actually did and what we went through when we were rescuing the boys,” said Stanton, 60, a retired British firefighter.

“In a way that was just us doing what we like doing, which was diving. It was us with exactly the same equipment, doing exactly what we did in Thailand. Even though it was in the studio, it was an opportunity to go diving.”

Which proved to be a lot easier than sitting before a camera, opening up about their childhood and what drove them to the unique hobby of cave diving. That, admitted Stanton, “was extremely painful.”

Yet since those fateful weeks in summer 2018 when it wasn’t clear whether the children would live or die, Stanton and his fellow divers have had more good experiences than bad. The Hollywood Reporter deemed Stanton “Telluride’s most eligible bachelor,” he spent two months in Australia watching Viggo Mortensen play him in Howard’s movie and he just visited Royal Albert Hall, where he attended the premiere of the James Bond movie “No Time to Die.” His book “Aquanaut: A Life Beneath the Surface” will arrive in the United States next year.

And he really likes the film. “I’m very pleased,” he said. “Most people don’t like when they see themselves on camera or hear their voice. I don’t find it cringeworthy at all. I think we come across great.”

To Stanton, it’s all part of his retirement plan, a promise to himself that he wouldn’t let himself stagnate. He adds, “I mean if you’re ever going to be known for something, why not be known for rescuing 12 children, when everyone, everyone, thought they were going to die.” 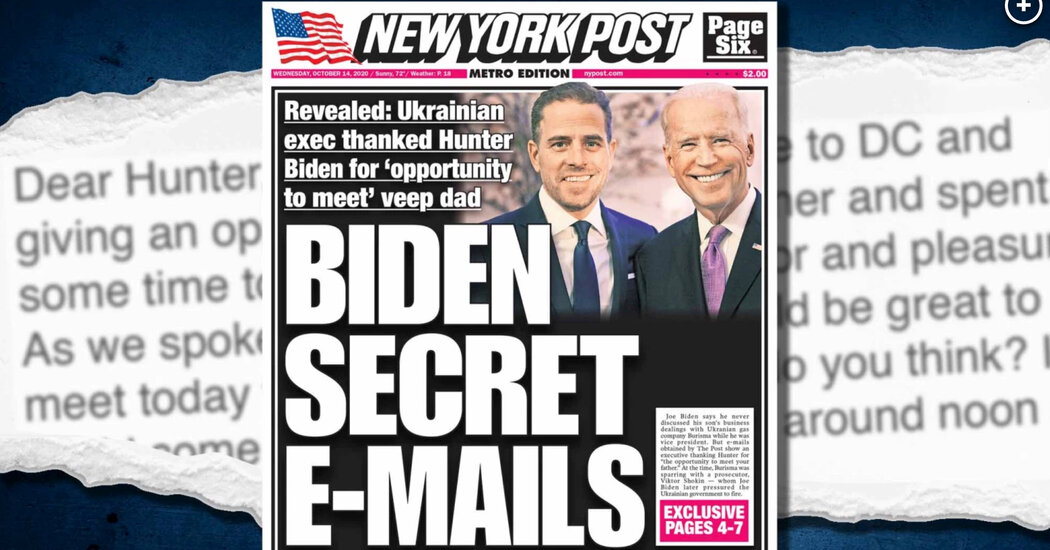 Inside the ‘Misinformation’ Wars

Do not panic over latest COVID variant, Biden says
1 min ago 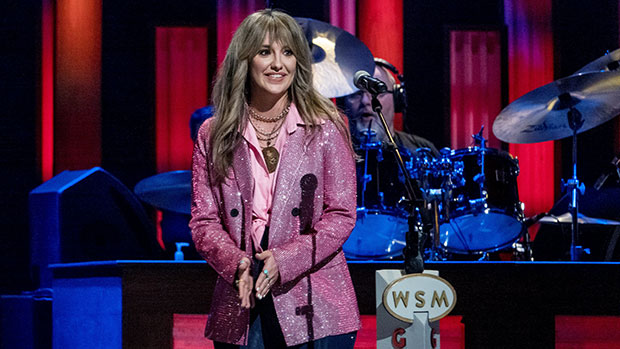 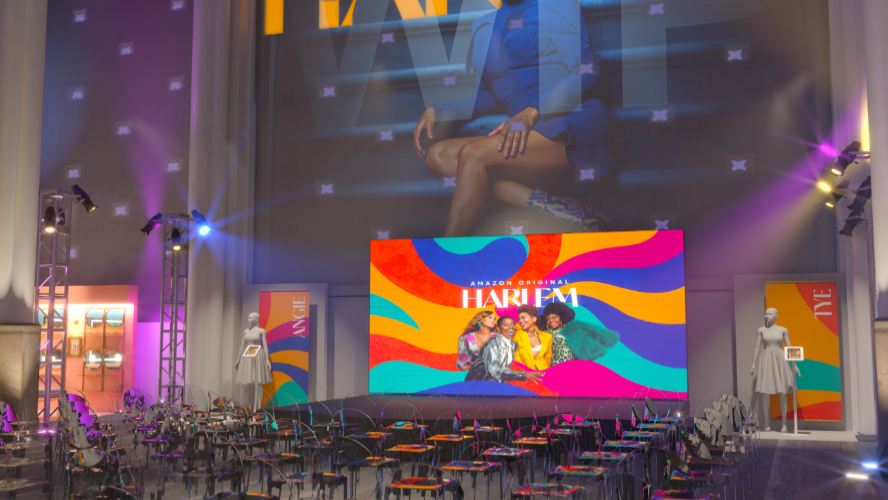