A man enters a building with rental apartments available on August 19, 2020 in New York City.

The number of new leases signed in December jumped to 5,459, up 94% compared with last year, according to a report from Douglas Elliman and Miller Samuel. The gains marked the largest increase in nearly a decade, and the third straight month of year-over-year leasing gains.

“It’s a baby step in the right direction,” said Jonathan Miller, CEO of appraisal and research firm Miller Samuel. “The metrics are still very weak. But at least it shows there is demand.”

The reason for the increase in rentals is a continuing drop in prices. The median net effective rents — or the rents people actually pay including discounts and incentives — fell 17% in December, to $2,800 a month. Landlords are offering an average of two months of free rent to lure tenants, with many offering more.

Brokers say three groups are driving demand. First, those who live in the city are using the price cuts to upgrade to larger or newer apartments. The second group includes the New Yorkers who left in the early days of the pandemic in March or April but are now returning. The third group includes couples and families who have sold their properties in the suburbs for big price gains and are testing the waters in the city for the first time, given the better values.

Yet brokers and landlords say a full recovery in Manhattan real estate is likely a long way off. Even with the price drops and increase in rentals, Manhattan still has a near-record number of empty apartments. There were 13,718 apartments listed in December, more than 2½ times last year’s total. The vacancy rate of 5.5% is nearly three times the historical Manhattan average, according to Miller.

Many landlords and buildings are also keeping empty apartments off the market for fear of creating even more oversupply. Miller said this “shadow inventory” or “managed inventory” means that the true number of empty, unrented apartments in Manhattan is likely over 20,000.

“I think we’re in the preseason of recovery,” he said.

The gains in rentals are being driven mainly by wealthier renters, since high earners have largely escaped the economic fallout of the pandemic, while lower-wage workers and service workers have borne the most pain. Leases for three-bedroom apartments, which rent for an average of $8,000 a month, surged 171% in December compared with a year ago, according to the report.

At the same time, effective rents for the smallest studio apartments fell 19% and saw much smaller gains in new leases.

The strength at the high end, driven in part by the soaring stock market, is also showing up in the market for apartment sales. While overall apartment sales fell 21% in the fourth quarter, sales of apartments priced at more than $5 million increased by 23% compared with the year-ago quarter.

“It mirrors the patterns in unemployment,” Miller said. “The lower-wage earners have been hit harder.” 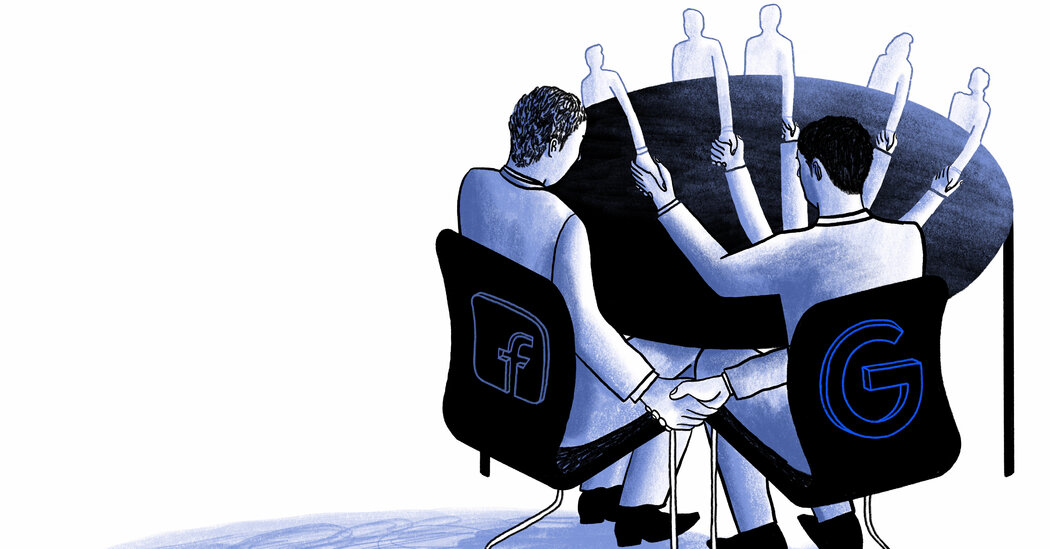 Behind a Secret Deal Between Google and Facebook
5 mins ago 13 Recruiting Lessons to Remember When Hiring for a Senior Position