The social media company started garnering a name for itself last year as a friendly gathering spot for Republican politicians and pundits turned off by fact-checking and moderation on sites like Facebook and Twitter. But Parler, which publicly extolled itself as a free-speech-focused network with minimal rules, became a breeding ground for conspiracy theories about the 2020 presidential election. The site was knocked offline shortly after the riot at the U.S. Capitol for its alleged role in allowing the rioters to plan and egg each other on.

Now Mercer, who is credited with helping get Donald Trump elected president in 2016, is working to revive the site. It came back online last week with her new handpicked CEO, former tea party patriots leader, Mark Meckler, at the helm. It’s the latest in a long line of maneuvers by the Mercer family to create an alternative media industry that pushes a version of the news that fits with their right-wing, populist political agenda — while keeping a low profile themselves.

Parler surged as an alternative to Twitter and Facebook during 2020, racking up 10 million users shortly after the election, largely because of polarizing politics sweeping the nation and rhetoric from prominent conservative leaders claiming that the social media giants were “censoring” leaders, including Trump. Parler was seen as a middle-of-the-road alternative social media site — a more palatable option than small, far-right sites that have been relegated from the mainstream.

Parler gained millions of users in the weeks after the election, reaching a total of 15 million accounts by January. Parler attracted high-profile users last year, including investor and conservative pundit Dan Bongino, as well as lawmakers like Sen. Ted Cruz (R-Tex.) and Rep. Devin Nunes (R-Calif.). But after Parler’s more than month-long break offline, it has been forced again to try to find its footing in a saturated market — this time without a contentious election to spur growth.

Mercer has worked with her father for years to fund and support a complicated web of foundations and companies designed in part to sow distrust of big government. The Mercers invested in data company Cambridge Analytica, the firm that spurred a long-running scandal over misuse of Facebook data. They also invested heavily in right-wing site Breitbart News and were instrumental in connecting its former CEO, Stephen K. Bannon, with Donald Trump, for whom he served in a senior adviser role until mid-2017.

Rebekah Mercer was an early investor in Parler, which was founded in 2018. Co-founder Matze approached her at the time with an idea for a social media network that would take an aggressively open-Web position, asserting that people should be able to express their own views without fear of moderation from tech bureaucracies. Mercer had met Matze when he was working in IT consulting for one of her father’s ventures, Matze told Axios earlier this month.

She was fairly hands-off for the first two years of the company as it slowly established itself, the people familiar with Parler said. She dropped in only for occasional check-ins to get status updates and provide more financial capital if she deemed it was warranted. That changed last fall as Parler rapidly gained popularity and the election approached. Mercer, who also set up the board’s governing documents through lawyers, started asserting more board accountability and playing a larger role in company leadership.

Observers of the Mercer family say her interest in Parler coincides with the family’s efforts to erect an alternative media system that aligns with their political views.

“She wants to influence the public narrative,” said Mobashra Tazamal, a senior research fellow at the Bridge Initiative at Georgetown University, who has studied the Mercers for years. “She doesn’t just give money, she is involved in every entity she invests in.”

Mercer and her father have heavily invested money in populist and conservative media efforts, such as the Media Research Center, which works on “neutralizing leftist bias in the news media and popular culture,” according to its website, and the Government Accountability Institute, a conservative think tank co-founded by Bannon.

Though she has served on the boards of many organizations, Mercer typically prefers to take a background role. Her connections have historically been tough to trace because she rarely announces her investments. She only confirmed her funding of Parler on the site last fall after media reports emerged that she was involved. At the time, she positioned herself as a founder of the company.

“John and I started Parler to provide a neutral platform for free speech, as our founders intended, and also to create a social media environment that would protect data privacy,” she wrote in a Parler post in November.

Parler’s rapid ascent began in earnest after Trump lost the November election. He and his supporters pushed to sow doubt in the results, pointing to baseless claims that the vote was rigged against him. Parler, while saying it operated as a neutral tech platform, issued a news release Nov. 23 lambasting the “mainstream media” for referring to Joe Biden as the president-elect while Trump’s lawsuits to overturn the vote were still ongoing.

“Social media publishers have also erroneously labeled Joe Biden as the president-elect, continuing the spread of misinformation concerning the outcome of the 2020 election,” Parler said in a release.

Fox News, The Washington Post and others had called the election earlier that month.

Parler’s lax approach to content moderation got it knocked offline for more than a month. Big Tech companies including Amazon, Apple and Google refused to do business with it until it came up with a more stringent moderation policy, and they ultimately dropped their technical services.

“Better advice … go armed and ready to shoot,” one user posted on Parler on Jan. 6, according to screenshots shared on Twitter.

Parler had been relying on a “community jury” of unpaid user volunteers to flag and remove offending content from the site, which allowed pretty much anything that was legal and protected by the First Amendment. But as users began praising rioters in the wake of the Jan. 6 attack on the Capitol, and screenshots of posts of people spurring on the attack emerged, Apple, Google and Amazon began questioning Parler on how well it was able to seek out offending content, especially incitements to violence.

Parler wasn’t able to come up with a robust system quickly enough to satisfy the tech giants. Apple and Google dropped it from their app stores, and Amazon delivered the final blow when it pulled its cloud computing backbone — which essentially enabled Parler to remain online — saying it had violated its terms of service.

Matze was fired shortly after. It was Mercer who ultimately pushed the founding CEO out, Matze told several media outlets.

“I feel like it was a stab in the back by somebody that I thought I knew,” he told Axios.

In the weeks while Parler was dark, Meckler was appointed interim CEO. Matthew Richardson, another Mercer ally and former party secretary of the populist right-wing UK Independence Party (UKIP), joined the executive committee.

Mercer, who has degrees from Stanford University in biology, mathematics and operations research and engineering economic systems, is known to be a smart delegator. Though she acts on her ideals, she is also financially minded, and people expect that her interest in Parler is not just the influence that a successful social media site could carry, but also the revenue.

In a 2018 op-ed in the Wall Street Journal titled “Forget the Media Caricature. Here’s What I Believe,” Mercer wrote that she owned a minority stake in Breitbart News, though she thought Bannon had “taken it in the wrong direction.” She hit on many of what would later become Parler’s talking points — calling for “questioning the status quo” and saying she works to protect individual rights.

“As a federalist, I believe that power should be decentralized, with those wielding it closely accountable to the people they serve,” she wrote.

Parler has lambasted other social media companies for over-moderating content, especially as Trump’s own posts were labeled with fact-checks or removed by Facebook and Twitter. After Trump was kicked off Twitter, Facebook and YouTube, Parler was once thought of as the logical place for him to reemerge. A BuzzFeed News report suggested Trump’s team was working with Parler to give the former president a stake in the company, where he would post his messages first. That hasn’t come to fruition, though Meckler said Parler would “welcome” Trump, during an interview on Fox News last week.

With Mercer and her allies firmly in control of Parler’s direction, some worry that Parler will become more entrenched as a conservative message board, losing whatever welcoming attitude it presented for others. Parler claims to be the “world’s town square,” but whether it will be able to reinvent itself in the aftermath of the Capitol attack and its fall off the Web remains to be seen.

One thing the company has added, likely in part as a play to be added back to the Apple App Store, is automated moderating ability, which involves computer systems scanning posts to flag offending material. Major social media sites like Facebook and Twitter have employed this type of moderating technology for years, to varying degrees of success, but Parler had long resisted.

Parler’s new technology is not without its hang-ups. Matze posted on his Telegram account last week that he appeared to have been suspended from Parler for posting messages of encouragement to his former team.

“Keep on killing. You guys are doing a great job!” one read.

Within hours of his public call-out, Matze’s account had been restored. 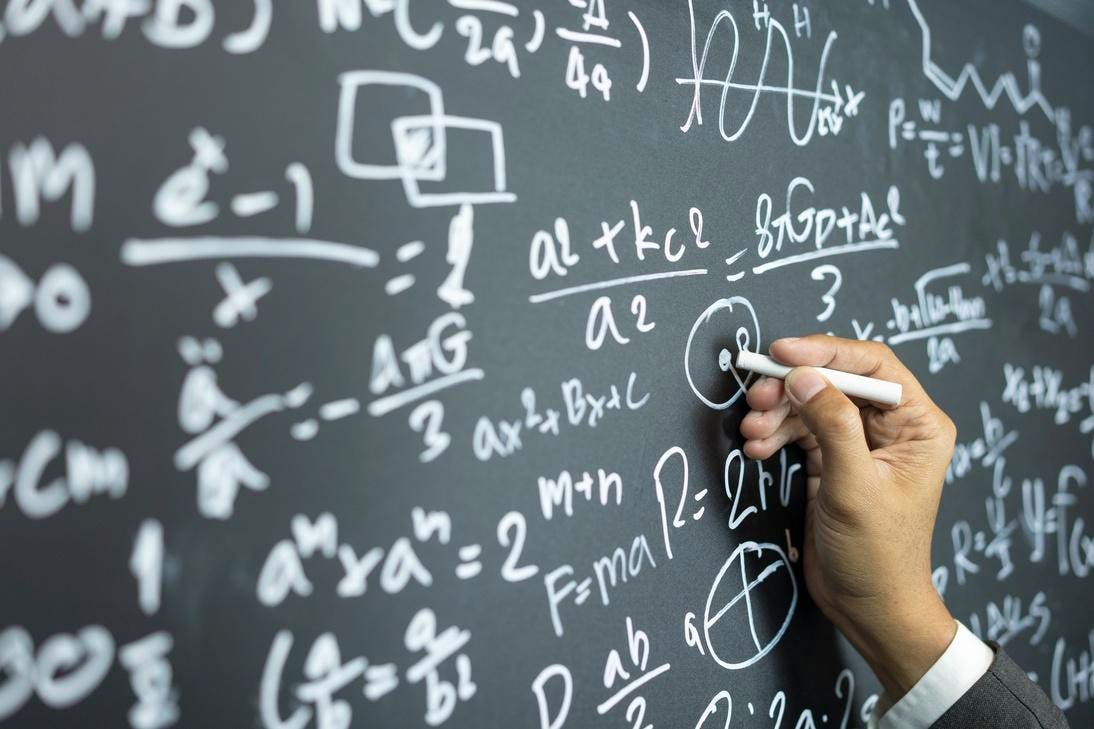 Council Post: How To Calculate (And Improve) Lifetime Value