ROUND ROCK, Tex. — Adam and Tahnya Gaston arrived in this Austin suburb in June with a toddler, a dog and enough money for a down payment. But within days they scrapped their plans for buying a house, deterred by soaring home prices and rising mortgage rates. Instead, they’re paying $4,000 a month to lease a three-story house in a new development aimed squarely at renters.

As the housing market sours, families around the country are eschewing homeownership and turning instead to new homes in rental-only developments such as the one where the Gastons landed. When completed, the Oaks on Chisholm Trail will have 113 stand-alone homes, each with a kitchen island, two-car garage and tiny plot of lawn — all exclusively for rent.

It’s one of thousands of “build-to-rent” developments springing up around the country, billed as an attainable route to single-family homes and front yards at a time when homeownership is increasingly out of reach. Developers are expected to add 105,000 homes in such communities this year, and 50 percent more by 2025, according to real estate consulting firm Hunter Housing Economics.

Corporate landlords are gobbling up U.S. suburbs. These homeowners are fighting back.

This build-to-rent phenomenon took off before the recent slowdown in existing-home sales, which have fallen for seven straight months.

But decades-high mortgage rates are making homes even more unaffordable — which is expected to only increase demand for rentals. Today’s 20- and 30-somethings were already far more likely to rent than the generations before them — thanks to a mix of economic and societal factors, including aftershocks of the Great Recession, mounting student loan debt and a desire for more flexible living arrangements.

“We looked into buying a few times and just couldn’t swallow it,” said Adam, 34, who owns a dog-walking and -grooming business. “We fit the demographic of people who, five years ago, would’ve bought a huge house in the suburbs. But now prices are crazy, and we’re making different decisions.”

The new construction of tens of thousands of rental homes could help rebalance the broader housing market, which has been stuck in a construction crunch for years. By some counts, the U.S. economy is short as many as 5 million single-family homes.

Buying a home has long been one of the most direct and reliable paths to building wealth. But when renters face constantly rising rents, it becomes much harder to save for a down payment to buy a home. Data shows that renters spend much more of their incomes on housing than homeowners do, in part because rents tend to rise every year.

“We are replacing the supply of available starter homes with even more rental housing,” said James Gaines, an economist at Texas A&M University’s real estate research center. “It’s shifting the economic dynamics for entry-level home-buying and has a real impact on what kind of houses people can get and how much they can get them for.”

Rising rent: Why prices are only going higher

Meanwhile, many of the country’s biggest home builders, including Toll Brothers, D.R. Horton and Lennar, have begun investing billions in single-family rentals, according to Brad Hunter, founder of Hunter Housing Economics. He estimates that build-to-rent developments make up about 10 percent of the country’s new homes.

“Home builders were not doing a good job of producing affordable homes for young families before this,” Hunter said. “Millennials are getting dogs, they’re having children, they’re working from home and they’re saying, ‘I need to move out of my downtown apartment and into a single-family home because I want a yard and parks nearby.’ But they can’t afford to buy.”

At least six such build-to-rent communities already exist within 20 miles of Austin, with 11 more in the works, totaling more than 2,500 new homes. Most of the developments are in suburbs such as Round Rock, home to Dell’s headquarters, where middle-class families would’ve typically ventured to buy their first homes.

In interviews with nearly a dozen residents renting newly built houses in Central Texas, almost all said they were hoping to buy once they’d saved enough. Many were in their 20s and 30s, and were recently engaged or married. Some had young children. Nearly all had dogs.

“Buying a house is the next step — and this is holding us over until we get there,” said Justin Whited, 37 who moved into a two-bedroom house at Urbana at Goodnight Ranch, a rental development in southeast Austin, early in the pandemic. Although his rent has since gone up 20 percent to $2,200 a month, he said he’s hoping to stay put until he’s saved up for a down payment.

Rents are rising everywhere. See how much prices are up in your area.

“It’s got the home setup without the hassle of a long-term commitment,” he said.

That was also the appeal for the Gastons, who moved to Texas from New York, where $4,000 monthly rents are more common than in Texas.

Like thousands of others, the Gastons were lured early in the pandemic by the promise of warm weather, ample space and lower costs. That influx of new residents has lifted both rents and home prices in the Austin area by at least 30 percent in two years. Median home prices have jumped from $355,000 to nearly $500,000, according to the Austin Board of Realtors. Median rents, meanwhile, have risen from about $1,780 to $2,343 a month, Redfin data show.

“Our accountant, our financial adviser, just about everyone, kept asking, ‘Why aren’t you guys buying a house?’ ” Adam Gaston said. “For the generation above us, success equaled owning a home. But for our generation, that’s no longer the case.”

Developers began building entire subdivisions of rental homes about a decade ago, in the aftermath of the Great Recession. Constructing large swaths of 300 or 400 rental homes, they found, was more efficient and lucrative than buying up investment homes, one at a time.

For years, there were just a handful of build-to-rent neighborhoods — mostly concentrated in Arizona, Texas and other states along the South — aimed at people who didn’t have the cash or the credit score to buy a house, but still wanted the feel of suburban living.

As covid-19 cases grew more common, suddenly young professionals around the country wanted to trade in their city apartments for suburban rentals. They prioritized space to work from home and yards for their pandemic puppies.

Home builders and investors were ready, flush with cash and access to cheap financing. And by renting out homes instead of selling them, they could capitalize on surging rent growth while also holding onto the fast-appreciating land underneath their homes, said Gaines, the economist at Texas A&M. The result was nearly 800 new build-to-rent homes in the Austin area between 2020 and 2022, a 134 percent increase from pre-pandemic building rates, according to RentCafe, a national apartment search site.

“All of a sudden, every time you see a few hundred acres down the road, instead of being available for people to buy, that land is being turned into houses for rent,” Gaines said. “We don’t know really know what their exit strategy is or how long they’re going to be here. Are these going to be rental neighborhoods forever? Are they at some point going to start selling the properties? There are a number of possibilities but there’s no question that the ultimate goal is: How much money can I make?”

With the housing market grinding near a halt, some home builders and investors are beginning to convert entire neighborhoods of new properties into rentals, as was the case in the Gastons’ development. Some of the homes there had already hit the market last year when a private-equity firm from California scooped up all 100-plus lots and began putting them up for lease.

“We still get people coming in every week asking if they’re for sale,” said BriAnn Boruszewski, a leasing consultant at the Oaks on Chisholm Trail. “And we have to say, ‘No, sorry, just for rent.’ It’s a rental generation now.”

Housing economists say this shift toward rentals puts would-be home buyers at a disadvantage. Housing policy and poverty experts have long considered homeownership a one-way ticket to the middle class, and that’s particularly true at a time of soaring housing prices. Both rents and home prices have risen precipitously during the pandemic. But while homeowners have benefited from low interest rates and appreciating home values, renters have seen no such gains.

“Rental payments don’t go into building equity, which is a significant portion of most Americans’ household wealth,” said Daniel Pang, a research assistant at the Urban Institute’s Housing Finance Policy Center. “Homeownership is a vehicle, a pathway, through which a bunch of privileges can be delivered … It always has been.”

Developers and investors, though, say they’re simply filling a need for more rental housing. NexMetro Communities, a Phoenix-based home builder, is expanding throughout the country, building thousands of rental houses in suburbs near Dallas, Denver, Atlanta and Tampa. Two communities under construction north of Austin will have about 200 homes apiece, plus swimming pools and dog parks to cater to a mix of millennials and baby boomers.

The company typically holds on to its developments and operates them long term, though sometimes it sells entire communities of 100 to 200 houses to real-estate-investment trusts and other investors that then rent them out.

“There is an unmistakable appeal and popularity for this type of hybrid housing,” said Jacque Petroulakis, an executive vice president at NexMetro. “Build-to-rent is not replacing homeownership. It’s another leasing option that provides people a more appealing option in the interim before they buy a home.”

Earlier this year, Tim VanZile, 48, moved into a build-to-rent subdivision in Georgetown, Tex., about 30 miles north of Austin, with his wife and their deaf rescue dog, Soda. They pay $2,600 for a four-bedroom house and are saving to eventually buy their own place.

In the meantime, he said he likes having a detached home without having to deal with the hassles of homeownership, such as mowing the lawn or changing air filters.

“When a lightbulb goes out, I don’t have to replace it,” he said. “If I have to wait five years — or realistically seven years — to put aside enough for a down payment, at least we can live comfortably in a place that looks like Pleasantville.”

VanZile, who works as an inventory manager at a vehicle-leasing company, said he hopes to live in his rental home for at least five years — he and his wife are already adding a deck and making other improvements. But, he worries, there’s a chance he could get priced out before then.

“There’s no doubt our rent will go up at some point, so who knows how long we’ll be able to keep affording this,” he said. “Then what do I do? Move even farther out?”

Rachel Siegel contributed to this report. 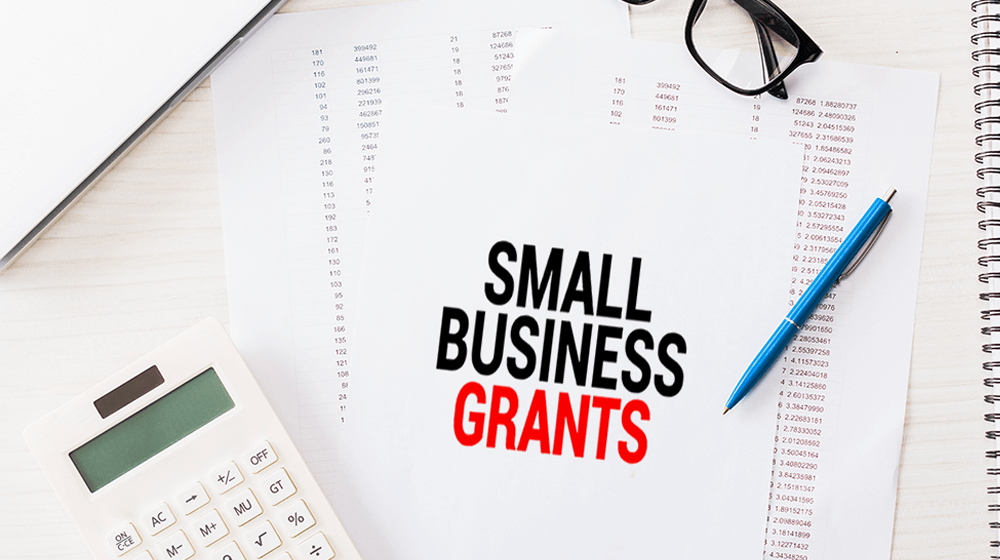