“Last week, the Georgia legislature passed a sweeping voting reform act that could make it harder for many Georgians, particularly those in our Black and Brown communities, to exercise their right to vote,” Bastian said in a Wednesday memo to employees.

“The entire rationale for this bill was based on a lie: that there was widespread voter fraud in Georgia in the 2020 elections. This is simply not true. Unfortunately, that excuse is being used in states across the nation that are attempting to pass similar legislation to restrict voting rights.”

Bastian also said that Delta and other major Atlanta corporations worked with state elected officials from both sides of the aisle to remove some of the “most egregious measures” from an earlier draft of the bill and is working with lawmakers on legislation in Congress on legislation that would expand voting rights.

James Quincey, the CEO of Coca-Cola, a Georgia corporate stalwart, said the legislation was “wrong” and “a step backward.” He said on CNBC: “Let me be crystal clear and unequivocal. This legislation is unacceptable. It is a step backward and it does not promote principles we have stood for in Georgia around broad access to voting, around voter convenience, about ensuring election integrity.”

The strong statements Wednesday come after Black Voters Matter, a national community-organizing group that advocates on behalf of Black voters, held demonstrations and called on Delta and Coca-Cola as well as four other Georgia-based companies — UPS, Home Depot, Southern Company and Aflac — to speak out more strongly against the law.

“We had been telling them it was a horrible Jim Crow bill for weeks, and they were just ignoring it,” said Cliff Albright, the organization’s co-founder and executive director. “‘Now that you’ve seen the light and now that you agree with us that it’s a horrible bill, you can actually call for them to repeal it.”

A letter signed by 72 Black business executives called on companies to fight similar bills propelled by Republican lawmakers in 43 states after Georgia’s law was passed, the New York Times reported. Late Wednesday, Google’s senior vice-president of global affairs, Kent Walker, tweeted that he was “concerned about efforts to restrict voting at a local level” and tweeted support of the John Lewis Voting Rights Advancement Act, a federal bill that would oversee jurisdictional voting changes.

And two Atlanta sports teams — the Falcons professional football team and the Hawks basketball team — issued statements about the bill within the past day.

“The right to vote is the most fundamental citizen’s right and we at the Hawks view ourselves as a civic asset — not a partisan organization — and remain committed to endorsing steps that promote equality and encourage participation by all who seek to cast a ballot,” Falcons principal owner Tony Ressler said in a statement Wednesday.

Arthur Blank, Atlanta Falcons owner and chairman, said “every voice and every vote matters” in a Tuesday statement.

“The right to vote is simply sacred. We should be working to make voting easier, not harder for every eligible citizen,” Blank said in the release. “Our businesses and family foundation will continue to actively support efforts that advance voting access for the citizens of Georgia and across the nation.”

Georgia Gov. Brian Kemp (R) hit back at Bastian, saying that the airline executive had worked closely with state officials in drafting the law.

“Today’s statement by Delta CEO Ed Bastian stands in stark contrast to our conversations with the company, ignores the content of the new law, and unfortunately continues to spread the same false attacks being repeated by partisan activists,” the governor said in an emailed statement.

“Throughout the legislative process, we spoke directly with Delta representatives numerous times. We worked alongside legislative leadership to expand voting opportunities for Georgians, while also taking steps to further secure the ballot box,” Kemp said Wednesday.

“At no point did Delta share any opposition to expanding early voting, strengthening voter ID measures, increasing the use of secure drop boxes statewide, and making it easier for local election officials to administer elections — which is exactly what this bill does.”

A Delta representative declined to comment on Kemp’s response.

The voting measures was signed into law on March 25 after sailing through both chambers of the state’s legislature. Democrats and voting rights advocates in Georgia see the bill as an act of voter suppression under the guise of disproved rumors of voter fraud that initially circulated during the 2020 presidential election and continued, leading up to the highly watched Senate runoffs in January.

Republican lawmakers from dozens of states have attempted to introduce similar legislation, but the SB 202 measure in Georgia is the first to pass. This comes after President Donald Trump attacked the integrity of the presidential election results in which he lost to Joe Biden, and after Trump specifically called a top elections investigator in December imploring her to uncover “dishonesty” in absentee ballot signatures after alleging without evidence that thousands of ballots were accepted by local election officials in Georgia with forged signatures.

The bill will expand early-voting hours, curtail the use of drop boxes for absentee voters, require additional identification for mail-in voting, criminalize third-party groups passing out food and water to voters standing in line outside polling stations, allow electors to challenge the eligibility of an unlimited number of voters and require counties to hold hearings on those challenges within 10 days, block the use of mobile voting vans, and prevent local governments from accepting private-sector grants. It would also strip the secretary of state’s voting power as a member of the State Elections Board and give lawmakers the power to start taking over local election boards.

Critics say the bill’s measures would allow for partisan influence on certifying elections or targeting of predominantly Black and Brown voting blocs in heavily Democratic jurisdictions, particularly in Atlanta.

Citi CFO Mark Mason said in a LinkedIn post Wednesday afternoon that he was “appalled” by the bill. Edward Skyler, the company’s head of global public affairs, also addressed voting rights generally in a LinkedIn post.

“I see it as a disgrace that our country’s efforts to keep Black Americans from engaging fully in our constitutional right to vote continue to this day,” Mason said. “I will join the efforts of many of my fellow Americans in working to ensure other states don’t follow this horrible example. Many heroes have dedicated their lives to fighting for our rights, and we cannot let this type of disenfranchisement go unchallenged.”

Home Depot spokeswoman Sara Gorman pointed to the company’s internal voter education promotion when asked about SB 202, and said in an email: “We believe that all elections should be accessible, fair and secure and support broad voter participation. We’ll continue to work to ensure our associates, both in Georgia and across the country, have the information and resources to vote.”

Albright said that he would prefer to see Bastian and other corporate leaders testify to legislators that SB 202 will be detrimental to Georgia’s businesses and that their companies don’t support it. He hopes these corporations will rally behind voting-rights advocates’ efforts to push back against similar bills that are up for approval in states such as Texas — before they’re passed.

“It’s not enough to just be against voter suppression. You’ve got to be an active advocate for voting rights. Just like it’s not enough to not be racist, you have to be anti-racist,” Albright said. “There’s no balanced approach to human rights.”

Is there a NASCAR race today? Date, start time, TV schedule for next race after 2021 Olympic break
1 second ago

‘Your mammy was a flower’: a young boy’s bereavement
8 mins ago 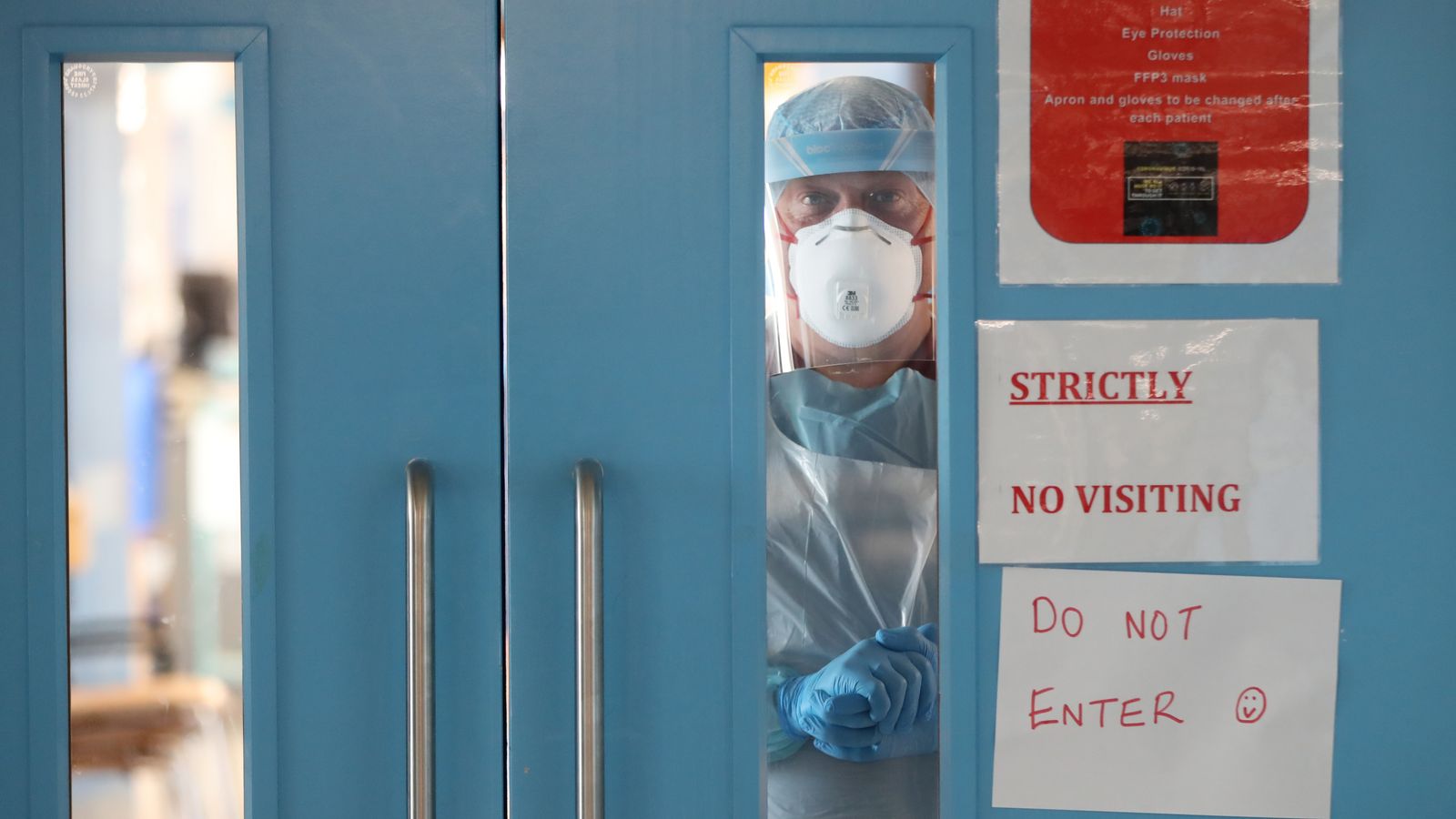 COVID-19: Taxpayers will be exposed to pandemic cost risks for decades, report says
9 mins ago 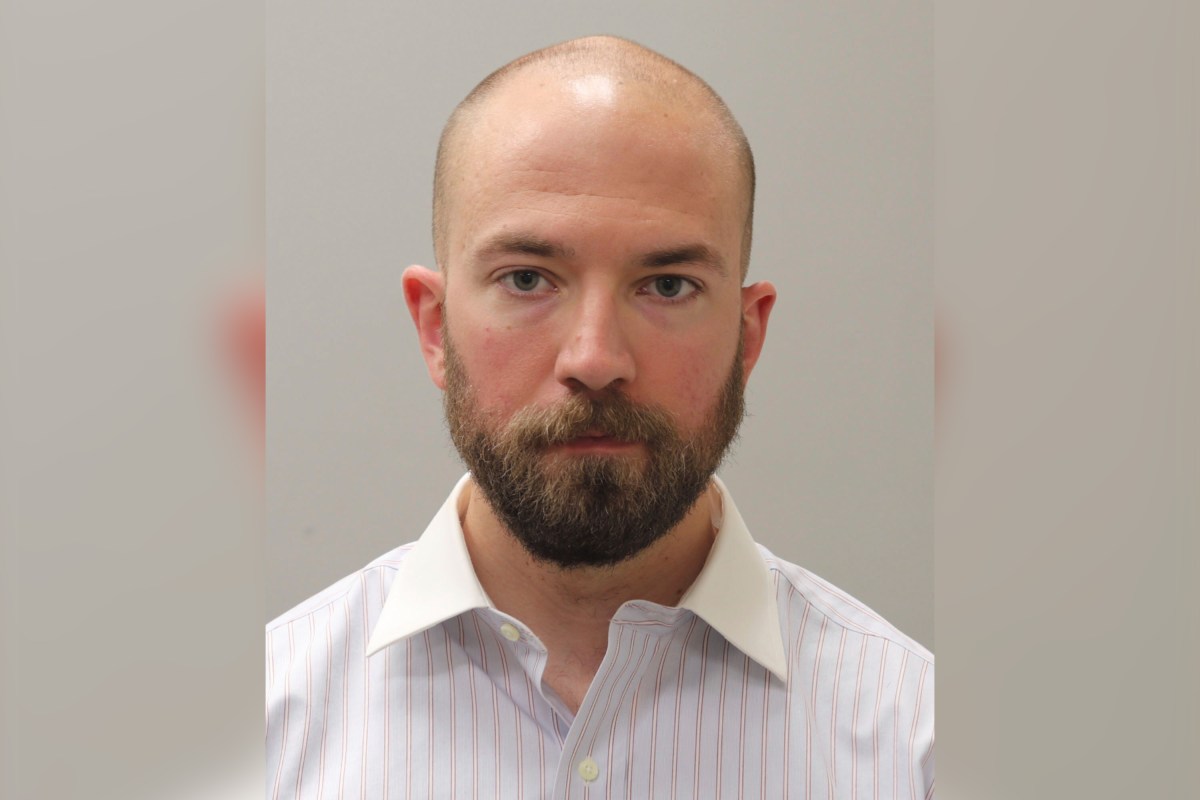