WASHINGTON — Democrats are preparing to bypass Republican objections to speed President Biden’s $1.9 trillion economic aid package through Congress, rather than pare it back significantly to attract Republican votes, even as administration officials and congressional moderates hold out hopes of passing a bill with significant bipartisan support.

On a day when new data from the Commerce Department showed that the economic recovery decelerated at the end of last year, Democratic leaders in Congress and administration officials said publicly and privately on Thursday that they were committed to a large-scale relief bill and would move next week to start a process that would allow it to pass with only Democratic votes, if necessary. Behind closed doors, congressional committees are already writing legislative text to turn Mr. Biden’s plans into law.

Party leaders remain hopeful that Mr. Biden can sign his so-called American Rescue Plan into law by mid-March at the latest, even with the competing demands of a Senate impeachment trial of former President Donald J. Trump, which is set to begin the week of Feb. 8.

“We want it to be bipartisan always, but we can’t surrender if they are not going to be doing that,” Speaker Nancy Pelosi of California said at a news conference on Capitol Hill.

“I do think that we have more leverage getting cooperation on the other side if they know we have an alternative as well,” she added.

Officials across the administration are engaged in a whirlwind series of virtual conversations with key lawmakers, governors, mayors, civil rights leaders and a wide range of lobbying groups in an effort to build as much support as possible for the aid package. It includes $1,400 checks to many individual Americans, extensions of supplemental safety net benefits through the fall, and hundreds of billions of dollars for vaccine deployment and other efforts to curb the coronavirus pandemic.

Yet there are early signs that Mr. Biden will need to at least partially trim his ambitions in order to secure even the full support of his party in the Senate — which he almost certainly needs to pass any bill.

Some moderate Democrats have joined many Republicans in pushing the administration to narrow the scope of recipients for the direct checks to more directly target low- and middle-income Americans. Such a move would shave hundreds of billions of dollars off the proposal’s overall price tag. Officials privately concede that they would consider reducing the income threshold at which the size of the checks would begin phasing out for individuals and families.

Mr. Biden did not announce thresholds for the checks in his proposal, but in December congressional Democrats proposed $2,000 individual checks that would slowly begin phasing out for those earning more than $75,000 a year — and allow some families earning as much as $430,000 a year to receive smaller payments.

Some moderate lawmakers have also pushed the administration to justify the need for nearly $2 trillion in additional relief, warning that money already approved by Congress in previous rounds of aid — including in the $900 billion package passed in December — has not yet been spent. Some Democrats also fear Mr. Biden would be forced by parliamentary rules to drop his call for a $15-an-hour minimum wage if the bill circumvented the filibuster via the so-called budget reconciliation process, though it is unclear whether Mr. Biden could get the votes for it even if it were, as some Democrats believe, eligible for inclusion.

Mr. Biden has said repeatedly that he will work with Republicans to craft a bill that could earn bipartisan support, and moderate Republicans have warned that cutting their party out of the process would undermine Mr. Biden’s calls for unity and jeopardize future attempts at negotiations.

But White House officials said on Thursday that Democrats could move quickly without sacrificing bipartisanship.

“The president wants this to be a bipartisan package, regardless of the mechanisms,” Jen Psaki, the White House press secretary, told reporters. “Republicans can still vote for a package, even if it goes through with reconciliation.”

Mr. Biden recently called two Republican senators, Susan Collins of Maine and Rob Portman of Ohio, who are members of a bipartisan group intent on bridging the gap between the two parties. Ms. Psaki said the president would make more calls to Republicans and Democrats this week.

“He hasn’t called me — he’s calling them and that’s good,” Senator Richard J. Durbin of Illinois, the No. 2 Democrat in the Senate, told reporters. “I’m not being critical at all. But, you know, I think there’s been direct personal outreach by the president to these Republicans in the hopes that we can do this on a bipartisan basis.”

But several Republicans in the bipartisan group, who have professed a willingness to negotiate a small package, warned that pursuing the reconciliation process and bypassing their conference would hurt relations.

Senator Roy Blunt, Republican of Missouri, citing Mr. Biden’s calls for unity in his Inaugural Address, told reporters, “Of course it’s confrontational — it’s certainly not collaborative, or you wouldn’t be trying to do it in a noncollaborative way.”

“Covid relief presents the best avenue for bipartisanship right out of the gate,” said Senator Shelley Moore Capito, Republican of West Virginia and a member of the bipartisan group. “If this is passed with bipartisan support, it could mean more success in the future, because you know, success tends to build on success.”

Ramming a bill through reconciliation, she added, “is a signal to every Republican that your ideas don’t matter, and I think — does that end it? No, but it certainly puts a color on it.”

Administration officials have shown little willingness to push a significantly smaller bill than Mr. Biden has proposed. They worry privately that moving a package that includes only the provisions most likely to gain Republican support — the direct checks and money for vaccines — would risk stranding other elements of the plan they call critical for the recovery, like hundreds of billions of dollars in state and local aid.

Brian Deese, the director of Mr. Biden’s National Economic Council, pushed back on such suggestions on Thursday in a meeting with the Senate Democratic Caucus and in a post on Twitter. “The needs of the American people aren’t partial; we can’t do this piecemeal,” he wrote.

Many Democrats say privately that they see little hope of attracting the 10 Republican votes they would need to overcome a filibuster and avoid using the budget reconciliation process to advance the bill unless they significantly scale back Mr. Biden’s ambitions. Haunted by what Senator Chuck Schumer of New York, the majority leader, referred to as the “mistake” of 2009, when the Democratic Party was in control of both chambers and the White House but was “too timid and constrained in its response to the global financial crisis,” top Democrats are pushing to avoid settling for a small package.

“If our Republican colleagues decide to oppose this urgent and necessary legislation, we will have to move forward without them,” Mr. Schumer said, adding that he planned to press ahead with a budget resolution as early as next week. “We have a responsibility to help the American people fast.”

The effort is complicated by Democrats’ tenuous grip on power in the Senate, which is split 50-50 but where Vice President Kamala Harris can break ties in her party’s favor. Those numbers give enormous sway to the most conservative members of the Democratic caucus, including Senators Kyrsten Sinema of Arizona, Joe Manchin III of West Virginia and Jon Tester of Montana. Any one of them could balk at the size of Mr. Biden’s demands and force a smaller package.

Mr. Tester hinted at such possibilities on Thursday, in a nomination hearing for Cecilia Rouse, Mr. Biden’s pick to lead the White House Council of Economic Advisers. He raised concerns about federal borrowing and repeatedly pressed Ms. Rouse to commit to “targeted” spending programs to lift the economy.

Administration officials are juggling the rescue package with a broader proposal, which Mr. Biden refers to as a recovery plan, that would spend trillions more on infrastructure improvements, clean energy deployment and a series of other initiatives rooted in Mr. Biden’s “Build Back Better” agenda from the presidential campaign. That plan will be financed, all or in part, by tax increases on corporations and high earners. Mr. Biden has promised to detail it publicly next month.

My New Employee Keeps Complaining About Missing Her Kids

‘The Suicide Squad’ Is Part of the DCEU, But Which Superman Did Bloodsport Shoot?
7 seconds ago 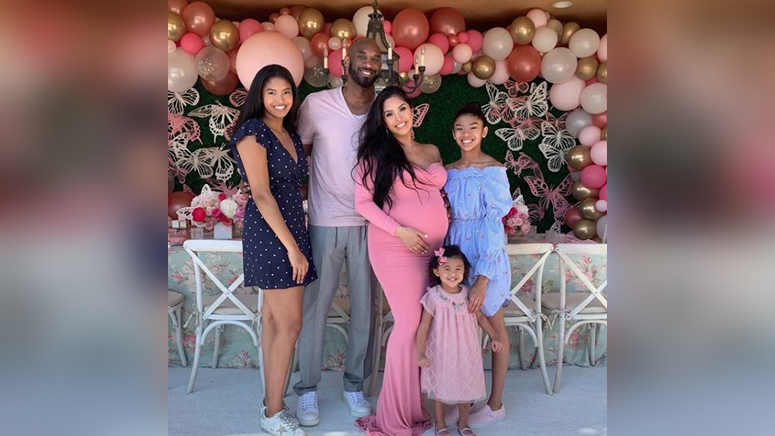 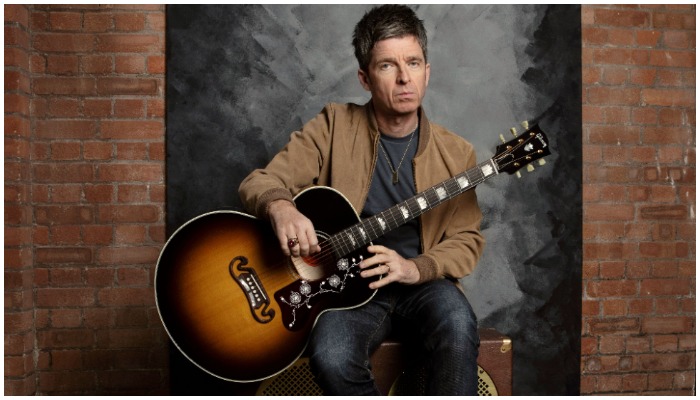 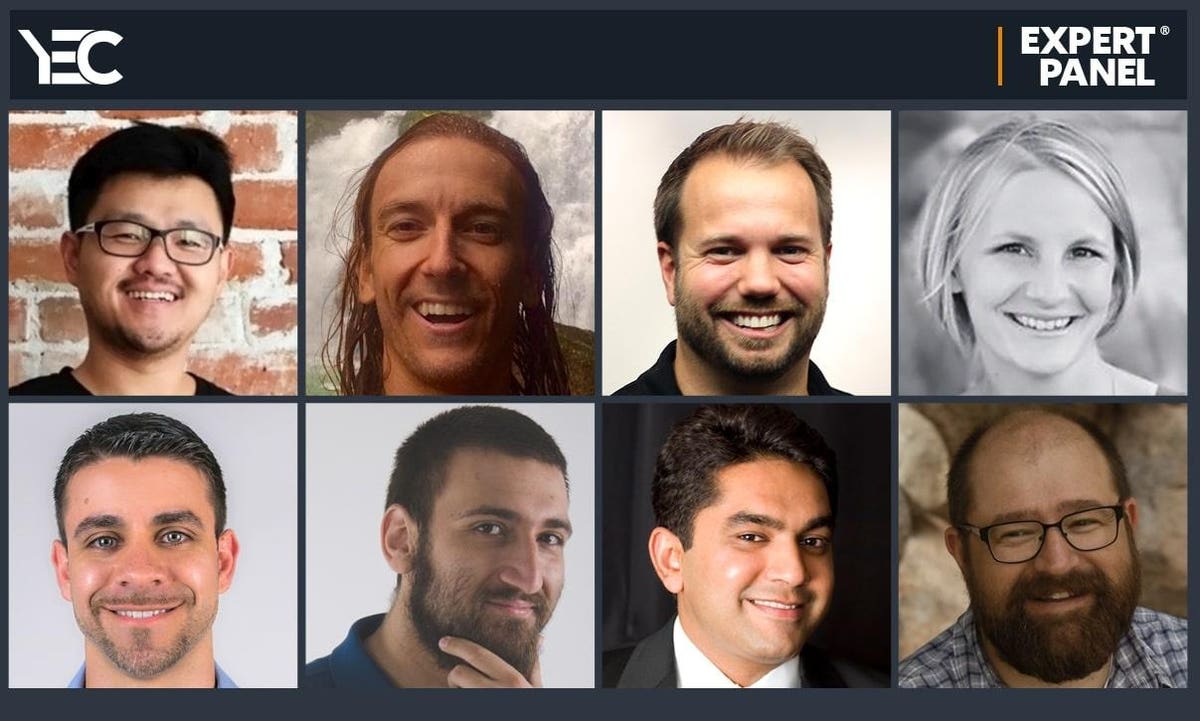