The message was not the typical corporate condemnation. It was something the trade group of 14,000 companies — which usually avoids politics — never before imagined issuing.

“It was a clear and present danger to our democracy,” said Jay Timmons, the group’s president. “And we couldn’t stand for that. That transcended everything.”

Business groups big and small largely stuck by Trump as he broke one norm after another over the past four years, including insulting immigrants, appearing to empathize with White supremacists in Charlottesville and clearing a Black Lives Matter protest in Washington for a photo op. They stuck by him still after he threatened the Ukrainian Prime Minister to help his election chances, after his impeachment, after he intentionally downplayed the effects of the coronavirus and last week after he was recorded pressuring the Georgia Secretary of State to overturn election results.

The once-comfortable alliance between Trump and Corporate America has shown unprecedented strain since Wednesday’s attack, forcing a re-examination of everything that businesses had won over the last four years from a White House now thrown into chaos.

Following the attack on the Capitol, advisers crucial to the president’s economic policies tried to distance themselves from the Trump-induced mayhem. Some resigned, such as former chief of staff Mick Mulvaney, who was serving as envoy to Northern Ireland, explaining to CNBC that, “we signed up for lower taxes and less regulation.” Companies considered cutting off the money spigot to the politicians seen as fomenting the worst of it. Firms that did business with the Trump family were reexamining the cost of being associated with a historic insurrection.

Yet some officials sought to maintain a neat separation between Trump’s economic policies and what had occurred at the Capitol.

“It isn’t going to affect tax rates. How about monetary policy? Allow me to stay pure to my turf,” Art Laffer, a supply side economist who is close with White House economic officials and speaks to the president, said in a brief interview.

But there remained plenty of criticism for the business world’s willingness to go along with Trump for so long.

“Their attitude was: ‘Let’s take the big tax cuts and hold our noses for the obvious xenophobia and authoritarianism.’ It was a classic Faustian bargain,'” said Rep. Brendan Boyle (D-Pa.), a member of the House Ways & Means Committee. “They should have known from the beginning.”

The economy provided Trump with cover after he previously ran into trouble, such as for his “very fine people on both sides” comment following the Charlottesville clashes and his administration’s defense of the images of “kids in cages” along the Southern U.S. border.

Many companies abandoned the various policy councils set up by the White House as a result. Others issued statements. But little was different.

Events of the last year seemed to change those corporate calculations for some groups, including by the National Association of Manufacturers.

The trade group had worked closely with the Trump administration on tax reform and regulatory issues. When Timmons, the group’s president, visited the White House in March 2017, he told Trump that manufacturers increasingly felt the country was on the right track.

“And that’s because of the focus on taxes, regulations, infrastructure investment,” Timmons said, according to a meeting transcript. “We appreciate your commitment to investment in job creation and manufacturing. And we’re going to deliver.”

But everything changed when Vice President Pence delivered a speech last February at the manufacturing group’s board meeting, where he seemed to downplay the threat posed by a then-still novel coronavirus, according to three senior leaders.

That was followed by the nation’s problems with personal protective equipment and ventilators. Manufacturers struggled to figure out how to help, stymied by a chaotic federal response. The trade group launched its own “wear a mask” ad campaign while Trump and other Republicans continued to cast doubt on facemasks. The group condemned the death of George Floyd over the summer. And after the election, it called on Trump’s administration to provide help to President-elect Joseph Biden’s transition team.

But the scenes from Wednesday were the breaking point. Senior leaders quickly drafted a statement — while police were still trying to clear the Capitol — calling on Trump to be removed from office and pointing a finger at any politician involved in doubting election results.

“The outgoing president incited violence in an attempt to retain power, and any elected leader defending him is violating their oath to the Constitution and rejecting democracy in favor of anarchy,” said the statement from Timmons.

The manufacturers were not unanimous in supporting Timmons’ stance.

Chuck Wetherington, a member of the executive committee and president of BTE Technologies in Hanover, Md., said the group and Trump had increasing differences over trade, immigration and racism. He said he was proud of Timmons’s courage in making the statement.

“What we saw Wednesday was democracy under attack,” he said.

But another member of the executive committee, Steve Straub, president of a Dayton, Ohio metal fabrication supplier, said in an email he didn’t support the statement. “There are other board members who feel the same way,” he said. He continued displaying a photo of him alongside Trump on his company web site.

Other companies and business groups issued various statements, among them the Business Roundtable, the U.S. Chamber of Commerce, the heads of financial giants Citi and J.P. Morgan. But none went as far as the manufacturing group.

The stance was starker than the ones taken by several of the corporations on the manufacturing group’s executive committee. Some failed to mention Trump’s name. Others offered general calls for unity.

In an email to employees, Caterpillar’s chief executive, Jim Umpleby, said: “We watched in disbelief as protestors broke through security barricades” and strongly condemned “the resulting chaos, destruction and loss of life” but did not mention President Trump’s role in the events.

Ted Doheny, president of packaging firm Sealed Air, said in an emailed statement to The Washington Post that he condemned the violence and “I stand with others in the business community who are calling for unity and a smooth transition of power.”

Another large company on the manufacturing group’s executive committee, Emerson Electric, did not respond to a request for comment. According to the Center for Responsive Politics’ Open Secrets website, the St. Louis-based company gave individual and PAC contributions totaling $51,900 to the campaign of Sen. Josh Hawley (R-Mo.), one of the lawmakers who voted to object to certifying election results.

Emerson’s CEO, David Farr, gave Trump Victory — a committee raising money for Trump’s reelection and the Republican party — $100,000 in 2020, according to Federal Elections Commission data. Spokesman David Baldridge said in an email that Farr was not available for an interview and the company declined comment.

The flood of corporate statements was the result of companies suddenly finding themselves in the strange position of needing to defend democracy.

“They spoke out because overturning an election is not simply a threat to our political system,” said Ronnie Chatterji, a business professor at Duke University and former economic advisor to President Obama. “The rule of law that ensures peaceful transitions of power also makes business possible.”

A major outstanding question is whether executives or political action committees affiliated with companies will reduce their donations to GOP candidates who supported Trump’s efforts to overturn the election and incite violence.

Some companies have asked about the pressure to stop political contributions to congressional members who voted against certifying the election, said Nick DeSarno, director of digital and policy communications for the trade group of policy officials at large corporations and advocacy groups.

“Companies are actively considering if these lawmakers will be supported by their PAC in the future,” DeSarno said.

Bruce Haynes, chairman of Sard Verbinen & Co.’s public affairs group, said his firm has been contacted by clients trying to determine whether they should make a statement amid this week’s turmoil, and if so, what should be said.

“Nothing like this has ever happened before,” Haynes said. “It’s not in the playbook.”

Haynes said it is too early to know, but he expected companies to have to look harder at their political donations and relationships.

“I’d say that scrutiny is about to rise significantly,” he said.

One major union group that had supported Republican lawmakers on matters such as project labor agreements had also decided to cut ties with Republicans who voted against the vote certification, according to one labor official granted anonymity to discuss the private matter.

More than half of the 33 chief executives gathered on a virtual call this week said they would reconsider investments in states where elected officials are impeding an orderly presidential succession, said Yale School of Management’s Chief Executive Leadership Institute founder Jeffrey Sonnenfeld, who organized the call.

Sonnenfeld, who argued CEOs have opposed the Trump administration at times throughout his term, including on environmental regulatory rollbacks and immigration issues, said he believed companies would be limiting contributions to lawmakers who denied election results in the future. But others were skeptical about a major shift in lobbying and campaign contributions.

While companies may face pressure to change, Chatterji said, “I do not think it will happen.”

But even those who have not cut ties to the White House’s economics team are worried.

It’s also unclear if fallout from the Capitol melee will have a major effect on Trump and his business when he leaves office.

Shopify, the company that runs online stores for the Trump Organization and the Trump campaign, pulled down both sites Thursday. It issued a statement saying the company “does not tolerate actions that incite violence.” Trump earned $930,869 in income from his company’s site in 2019, according to his most recent government disclosure. Shopify’s decision was first reported by the Wall Street Journal.

JLL, the real estate services firm that the Trump Organization hired in a failed attempt to sell his D.C. hotel lease, told The Washington Post on Friday that it will no longer be helping Trump with the sale.

“Our previous listing agreement with the Trump Organization to sell its hotel in Washington D.C. has expired and we are no longer doing business with them,” said spokesman Jesse Tron in a statement.

Lawyers are abandoning Trump, too, for the challenge to the election results and what they view as his role in the riot. The most recent came from Philadelphia attorney Jerome M. Marcus, who filed a motion in federal court Thursday withdrawing from the case. “The client has used the lawyer’s services to perpetrate a crime,” the motion states.

But any impact on companies could be fleeting.

On Wednesday, pro-Trump insurrectionists still occupied the Capitol building. The emergency had not waned. A peaceful transfer of power remained in doubt.

Yet U.S. stock markets were still up for the day. 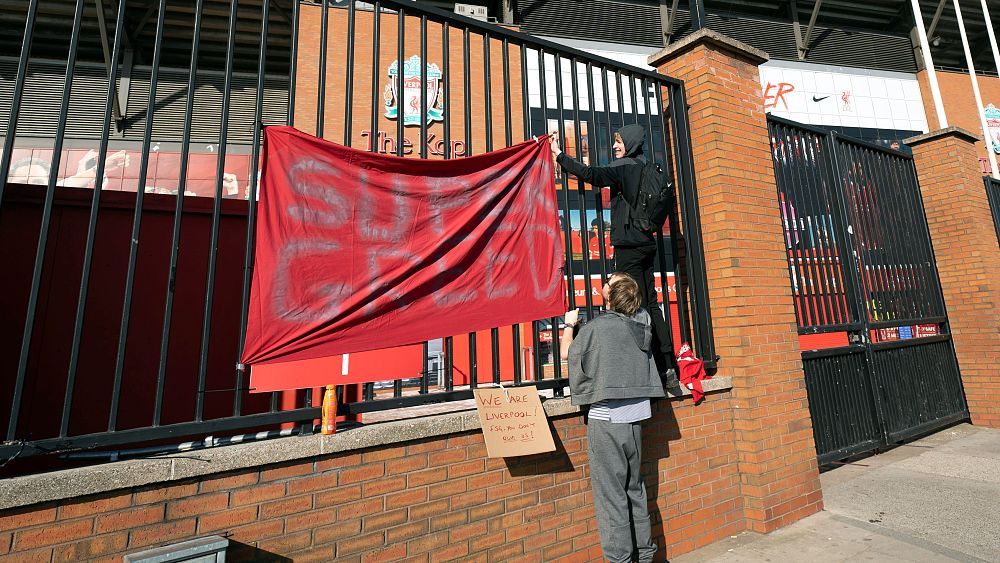 Why is there outrage over the European Super League plans?
1 second ago

Why is there outrage over the European Super League plans? 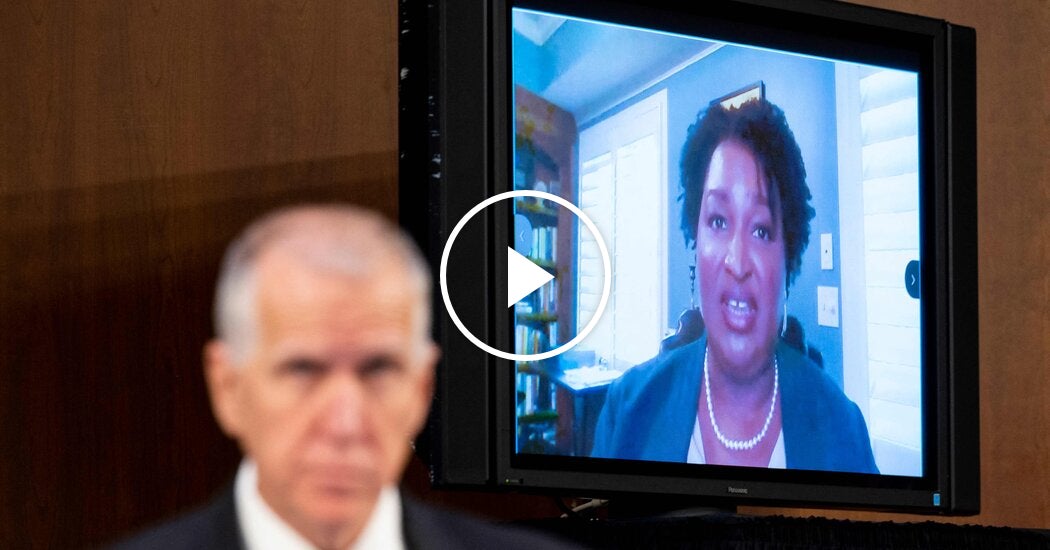 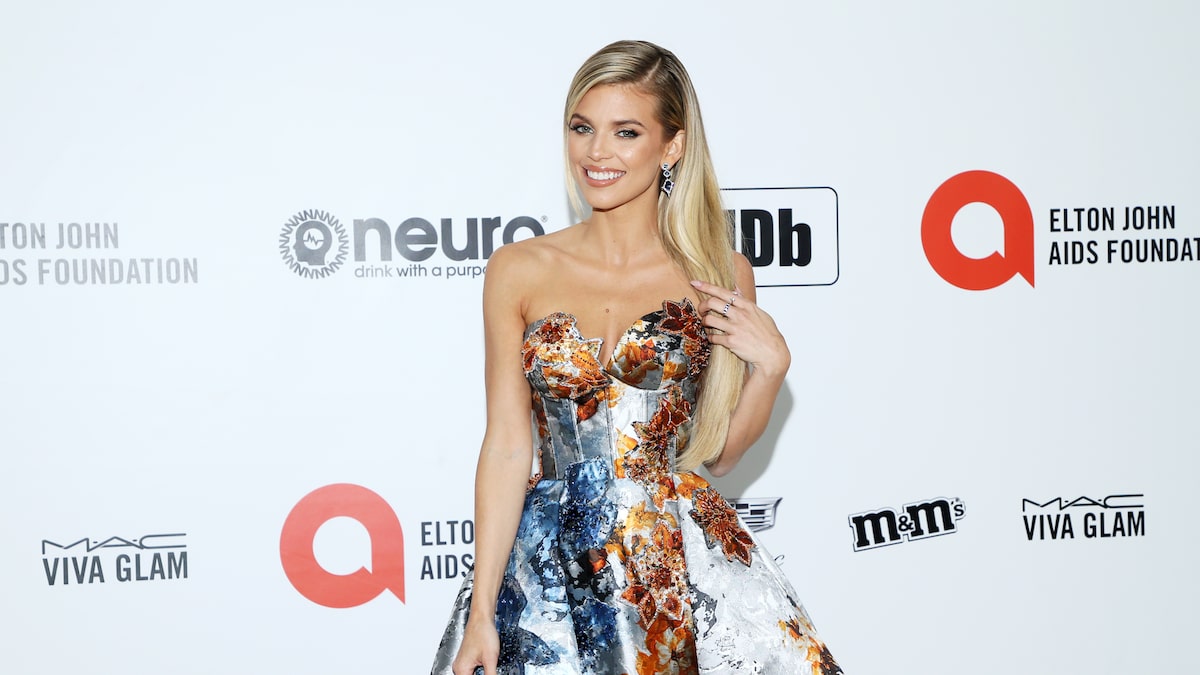 AnnaLynne McCord Gets Candid About Her Dissociative Identity Disorder 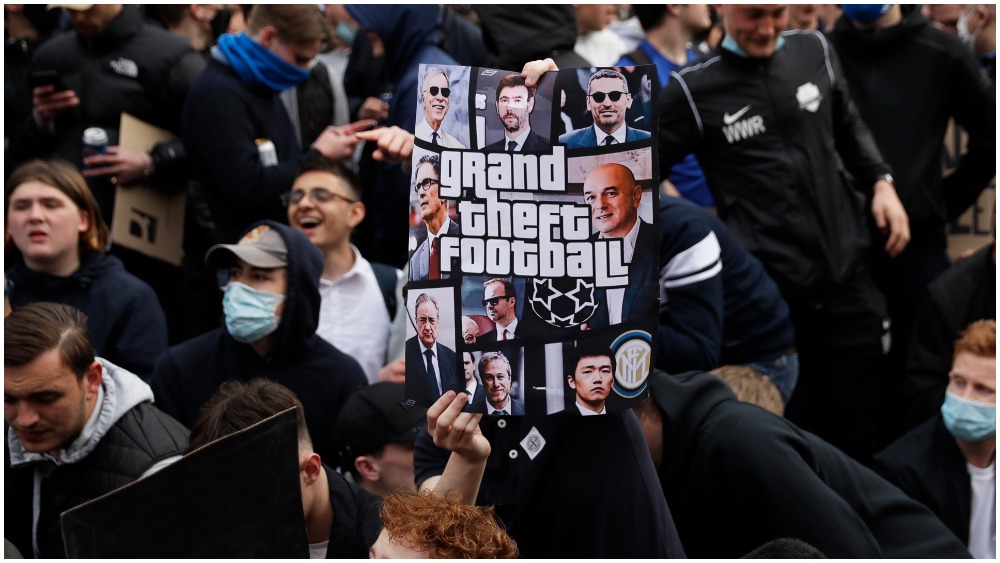