Chinese regulators on Monday banned tutoring companies from making profits, a move that sent their shares plummeting, erasing tens of billions of dollars from the value of the country’s once blistering education sector, as Beijing turns its focus to the growing financial burden that students — and their parents — face.

Some of China’s biggest publicly listed education companies lost significant chunks of their value as investors ditched them following the announcement of rules that require all companies that offer curriculum tutoring to register as nonprofit institutions.

The rules will also restrict new foreign investment, once a key avenue for those companies to raise money. They are the latest in a series of moves by China to rein in its technology sector that has hit stocks of its biggest companies, in sectors as diverse as ride hailing and music licensing. Regulators say that they are tackling privacy, cybersecurity and antitrust concerns, directing their crackdown at the country’s thriving internet industry.

Koolearn Technology, which provides online classes and test-preparation courses, said that it expected the rules to “have material adverse impact” on its business. Its stock lost 33 percent on Monday. A handful of other Hong Kong-listed education companies, including New Oriental Education & Technology and Scholar Education Group, along with the U.S.-listed companies Gaotu Techedu and TAL, issued similar statements. TAL lost 71 percent of its value on Friday, while Gaotu lost 63 percent.

For years, China’s private education sector was one of the most enticing for global investors, who threw billions of dollars at publicly listed companies that promised to capitalize on the hundreds of thousands of families striving for better opportunities through education. By Monday evening in Asia, much of that money had vanished.

Many middle-class families in China pay for after-school tutoring to help their children gain an edge in national tests that determine their futures. Last week, the country’s top administrative body published an opinion that took aim at the sector and outlined its plans to “reduce the burden of students’ homework and off-campus training.”

Analysts swiftly recalibrated their assessment of the prospects for the industry, which was once valued at more than $100 billion by Wall Street banks like Goldman Sachs. On Monday, the bank’s analysts estimated it would be worth $24 billion in the coming years.

Separately, regulators over the weekend ordered Tencent, the Chinese tech conglomerate, to end all exclusive music licensing deals with record labels and fined it around $78,000 for what it said were unfair practices. Shares in Tencent Music, which trades in the United States, were down more than 13 percent in premarket trading on Monday. 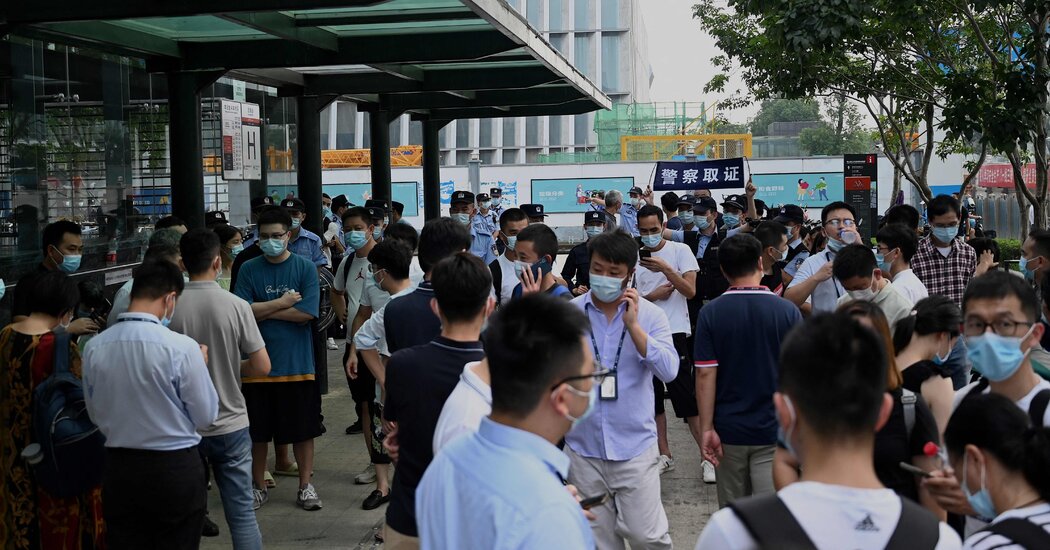 How AI Will Transform Software Development
2 seconds ago

Foreign tourists will be allowed to visit India soon, but with certain restrictions–check details here
3 mins ago

How to watch IPL in the USA: Full TV schedule, live streams, for 2021 Indian Premier League
13 mins ago