The EU is aiming for a 55% reduction in greenhouse-gas emissions by 2030 compared with 1990 levels, and to reach net zero emissions by 2050. As part of this effort, the EU wants to raise as much as 250 billion euros ($302 billion) using its first green bonds. But Europe needs as much as 290 billion euros per year in additional financing to reach those legally binding goals. Setting clear rules of the road in green investments is seen as a crucial part of generating the needed flow of private capital.

2. What kind of rules are involved?

A crucial component of what might be called a regulatory infrastructure is the development of a green finance taxonomy — a set of categories and definitions. Sounds dry as dust, but markets require clarity and that requires a common language. In particular, that means defining what activities are considered “green” and what aren’t. That’s important for stamping out greenwashing — what happens when companies call products or investments sustainable even if they don’t really help fight climate change.

Policy makers in Brussels have announced or are working on a range of steps:

* They have released the first set of criteria for green investments, which will allow producers of rechargeable batteries, energy efficiency equipment, low-emission cars, wind and solar power plants to earn a green stamp of approval.

* The European Commission has called for a significant expansion of climate reporting requirements to cover some 50,000 companies in the continent.

* Still to come are the bloc’s Green Bond Standards, which will be based on the taxonomy and are highly anticipated by investors as a gold standard for labeling the debt. As demand picks up for green bonds, and as some issuers take advantage of loopholes in existing sets of rules, market participants are becoming more scrupulous over what is and isn’t climate-friendly.

4. What do proponents say?

That this is an all-hands-on-deck moment in Europe, so regulators must work closely with elected politicians to achieve climate change goals. The labeling system unveiled by the bloc is nothing short of a “re-engineering of the economy and re-engineering of the financial world,” according to Mairead McGuinness, the European Commissioner responsible for financial services. With demand for green investment opportunities at record highs, the new system could be an incentive to shift economic activity toward sustainability. And since the continent is the first to put forward such a taxonomy, it could also be used as a template for other countries to follow.

The taxonomy is coming up against heavy objections from environmental and consumer groups involved in its creation. Five bodies comprising part of the EU’s platform on sustainable finance — an advisory body for the taxonomy — have suspended their work over worries that the bloc’s rules could open the door to greenwashing. Looseness in the taxonomy could filter down into the green bond standards to be based on it, they say. Other concerns center over the inclusion of bioenergy and forestry, which many environmental groups wanted delayed as current practices are reviewed. Perhaps the biggest fights yet to come will be over the possible incorporation of natural gas and nuclear power later this year, as political horse-trading continues. While nuclear energy produces no greenhouse gases, opponents say its radioactive waste violates rules against not doing other environmental harm.

Even Greta Thunberg has weighed in on forestry in her native Sweden, tweeting that “being referred to as the opposite of science is a clear sign that you’re doing something wrong.”

6. What does business think of it?

After a decade of post-crisis regulations, many firms are happy to be at the table discussing sustainable finance with authorities — and the possible new business opportunities the green road may offer. Investors are also keen to get green labels they can trust. The European Fund and Asset Management Association says it supports the commission’s sustainability reporting standards, though it also highlighted that a lack of data is a key barrier to realizing their full potential. On the other hand, the chair of sustainable finance for UBS Group AG, Huw van Steenis, wrote that the rules are too binary in supporting what is only the “purest shade of green,” an argument echoed by former Bank of England governor Mark Carney.

7. How else could investors and banks be affected?

• Money managers are being told to disclose how they incorporate sustainability factors into investment decisions. This is meant to increase transparency for investors who want their money to help — or at least not hurt — the environment.

• Low-carbon benchmarks — indexes created to track companies with a low carbon footprint — are being set up to make it easier to steer funds to environmentally friendly investments.

• To encourage green lending, bank regulators may lower capital requirements for these projects.

• Banking supervisors are scrutinizing the environmental risks that remain on balance sheets and could impose extra capital demands to offset possible losses.

• Banks may need to assess environmental risks facing borrowers before they lend.

• The Bank of England is testing banks and insurers, asking them to estimate the impact of global warming on mortgages, corporate loans and other parts of their balance sheets.

• The European Banking Authority wants each big European bank to disclose a “green asset ratio” showing the portion of total loans, equity holdings and fee income contributing to the fight against climate change.

8. When will all this happen?

Not immediately. One of the biggest hurdles to overcome is missing data. Companies don’t necessarily report all the information that the market needs to assess the environmental aspect of a bond or a stock. Most euro-area countries are set to submit their recovery plans to Brussels, outlining how they aim to best use EU funds to both revive their economies and underpin the green transition, but some are likely to miss the deadline. And political bickering over whether to include natural gas and nuclear power in the taxonomy looks set to continue. On regulations, the European Banking Authority says it anticipates “delivering a significant amount of work between 2019 and 2025.”

How we chose America’s Top States for Business in 2021 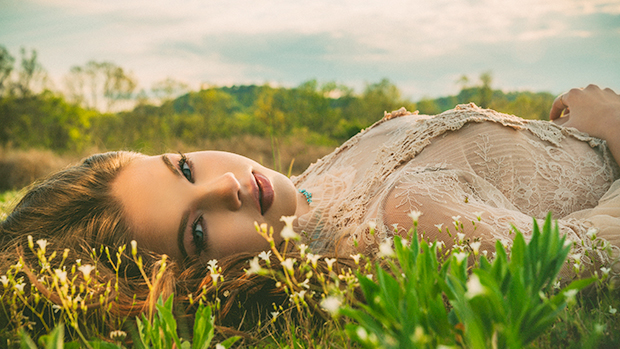 Callista Clark Reveals How ‘It’s Cause I Am’ Shows The ‘Sassy, Sarcastic Side Of Me’
10 seconds ago Good debts vs. Bad Debts: What Are There In Your Life?
6 mins ago