Former President Donald Trump embarked on another White House run while facing a slew of legal troubles. They now include a recommendation from lawmakers that Trump be charged in connection with the violent attack on the US Capitol on Jan. 6, 2021, while Congress was certifying the results of the 2020 election. The cases could pose distractions and produce unflattering revelations that no presidential candidate would welcome. Trump is no normal politician, though, and the legal scrutiny could feed his preferred narrative that he is being unfairly targeted by the current Democratic administration and a “deep state” bureaucracy.

1. What are the legal cases?

Trump faces possible criminal charges by the US Justice Department over classified documents found at his home at Mar-a-Lago in Florida and his role in the Jan. 6 Capitol riot; by Atlanta’s district attorney over his attempts to change the 2020 Georgia election results; and by a grand jury in New York over any role he may have played in making hush money payments to an adult film actress on the eve of the 2016 election. On the civil side, Trump’s hurdles include a lawsuit filed by New York Attorney General Letitia James that accuses him and three of his children of fraudulently manipulating the value of the company’s assets for years to deceive banks and insurers.

2. Could any of this disqualify him as a presidential candidate?

Probably not. Article II of the US Constitution, which lays out qualifications for the presidency, says nothing about criminal accusations or convictions. Trump opponents see two possible avenues to challenging his eligibility, however. One is a federal law barring the removal or destruction of government records: It says anyone convicted of the offense is disqualified from federal office. This could conceivably apply if — and this is a big if — Trump is charged and convicted for taking classified documents from the White House. The other is the 14th Amendment to the Constitution. It says nobody can hold a seat in Congress, or “any office, civil or military,” if they “engaged in insurrection or rebellion.” The Democrat-led House of Representatives committee that investigated the Capitol riot voted on Dec. 19 to recommend that the Justice Department charge Trump with insurrection and other crimes. (Criminal referrals from Congress carry no legal weight on their own.) In addition, two advocacy groups said they would sue to make sure the 14th Amendment prohibition applies to Trump.

3. Do these cases hurt him politically?

In a Marist Poll taken in August, 47% of Americans said Trump did something illegal or unethical and should be charged. But Trump’s hardcore supporters have proven to be unwavering. A New York Times/Siena College poll in September found that 44% of voters viewed Trump favorably, similar to the level of support found in recent years. Trump has long tried to cast lawsuits against him and investigations into his conduct as politically motivated, calling them “hoaxes” and “witch hunts.” Signs calling for the Federal Bureau of Investigation to be defunded and Attorney General Merrick Garland fired have become common among Trump supporters.

4. What’s the status of the other criminal cases?

• The FBI said it found 11 sets of documents bearing classified markings at Mar-a-Lago, a number of which were marked top secret. In their search warrant, agents said they were investigating a potential violation of the Espionage Act — which makes it a crime to remove or misuse national-defense information — along with obstruction of justice and violation of a law prohibiting the removal or destruction of government records. Days after Trump announced his candidacy, Garland appointed Jack Smith, the former head of the Justice Department’s public integrity section, as special counsel to take over the Trump probes.

• In Georgia, Atlanta District Attorney Fani Willis is investigating whether Trump broke the law in his attempts to alter the results of the state’s 2020 vote. In a Jan. 2, 2021, phone call, Trump urged Georgia Secretary of State Brad Raffensperger to “find” him 11,780 votes — one more than Joe Biden’s margin of victory in the state. A special grand jury that heard evidence in the case finished its work by submitting a report to Willis, who will decide whether to bring charges.

• Manhattan District Attorney Alvin Bragg’s office is investigating whether Trump and his company falsified records to conceal payments to pornographic film actress Stormy Daniels, intended to keep her from going public about her alleged affair with Trump. (Trump has denied the affair.) Former Trump lawyer and fixer Michael Cohen, a key player in the alleged scheme, admitting he facilitated payments and was reimbursed by the Trump Organization for advancing the money to Daniels. Cohen pleaded guilty to campaign finance and other violations in 2018 and was sentenced to three years in prison.

• On Dec. 6, following a weeks-long trial, two units of the Trump family business, the Trump Organization, were found guilty of engaging in a 13-year tax-evasion scheme. A Manhattan jury found the two units guilty of all 17 counts including scheme to defraud, conspiracy, criminal tax fraud and falsifying business records. Trump himself wasn’t charged. The two companies were assessed a $1.6 million fine. With a felony on its record, the Trump Organization could be barred from further contracts with government agencies and could have trouble doing business with banks. Lawyers for both units said they would appeal.

5. Where do the civil cases stand?

• The New York attorney general’s civil suit against Trump and three of his children for allegedly inflating the value of his real estate company’s assets is perhaps the biggest threat to the former president’s wealth, as well as his image as a successful businessman. James is seeking $250 million in disgorgement and a permanent ban on the four Trumps doing business in New York. She’s already succeeded in winning a court order for an independent monitor to oversee the Trump Organization, a move that could bring unprecedented scrutiny to the former president’s finances.

• Trump was sued for battery by New York advice columnist E. Jean Carroll, who claims that Trump raped her in a department store dressing room in the 1990s. The suit was filed under New York’s new Adult Survivors Act, which lifted the statute of limitations for one year on civil claims for sexual offenses. Trump was already facing a potential trial in a defamation suit brought by Carroll over his comments, when she first made her accusation in 2019, that Carroll was “not his type” and that she made up the claim to boost sales of her book. Trump says he’s shielded from liability in that suit because he was a government employee undertaking an official act when he denied Carroll’s allegation. In her battery lawsuit, Carroll included a new allegation of defamation against Trump, based on a social media post he wrote after leaving office.

• Trump, his company and his three oldest children are also facing a class-action lawsuit filed in 2018 by four investors who claimed that they were duped by Trump’s promotions into paying thousands of dollars to become independent sellers with ACN Opportunity LLC, which sold a doomed videophone device that Trump touted as the next big thing. The devices were made obsolete by smartphones. Trump sat for questions in October.

• Trump was sued by 12 Democratic lawmakers accusing him of sparking the Jan. 6 riot. Multiple Capitol police officers also sued Trump for physical injuries and racist abuse suffered during that day. Through appeals, Trump is trying to get the cases dismissed.

• Mary Trump, the former president’s niece, sued her uncle, his late brother and older sister for allegedly cheating her out of her share of the family fortune. Donald Trump won dismissal of the lawsuit on Nov. 14; Mary Trump is seeking to have it reinstated.

• A group of Michigan voters sued Trump and his reelection campaign in 2020 for mass voter suppression, particularly among Black voters. Trump’s attempt to dismiss the case was partially granted; the Michigan group sought more time to file a second complaint.

–With assistance from Erik Larson. 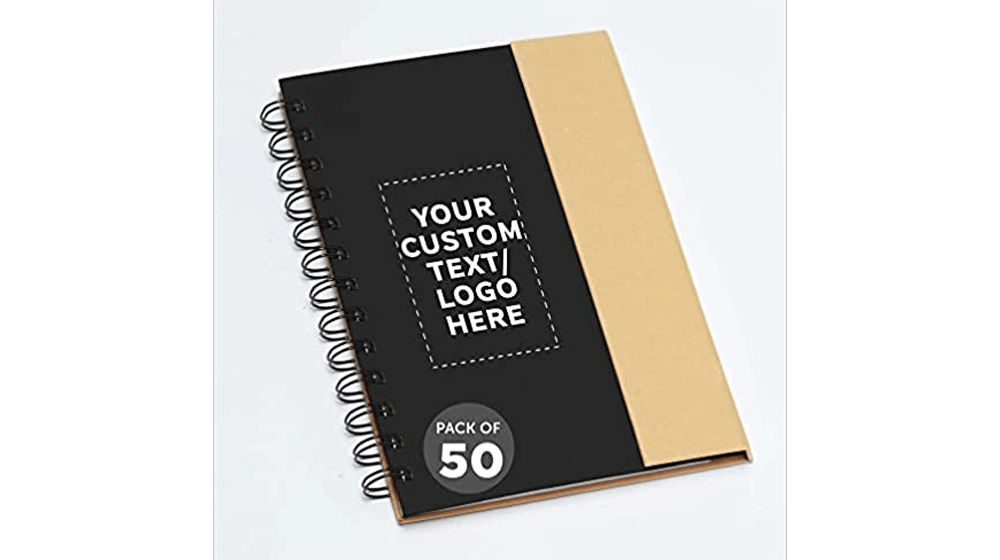 Personalized Notepad Options for Your Business