The remarkable strength of the UK consumer is finally starting to crack. Higher bills for household energy, more expensive fuel, pricier groceries and rising interest rates are beginning to take their toll on shoppers.

Consumer confidence slumped in April, as energy prices soared and national insurance contributions rose. GfK’s measure of consumer confidence slumped to -38, a level last seen in the early 1990s as well as in 2008. Of particular note is the GfK index that tracks how people feel about making a major purchase: The most recent data suggest Brits don’t think this is a good time to buy expensive items such as furniture or cars.

According to research from McKinsey & Co., UK consumers are at “peak pessimism,” meaning they’re the most downbeat they’ve been about the country’s post-pandemic recovery since March 2020.

The primary driver for this sentiment is the increase in prices for essential items, with more than 90% of consumers seeing a change in the cost of their weekly grocery basket in March and April.

Measures of consumer confidence indicate how people feel about the future. But there is mounting evidence that this is already starting to take its toll on real-world spending.

Sales weakened in April, according to the British Retail Consortium and KPMG’s Retail Sales Monitor. Although this figure compares with the period a year ago, when consumers were unleashing pent-up demand after stores reopened, it’s clear that spending is sliding. With total sales falling by 0.3% in April, and inflation estimated at 9.1% that month, this implies a big fall in the volume of goods sold.

It’s a similar picture when it comes to eating and drinking in pubs and restaurants. Although sales are still up compared with 2019, according to the Coffer CGA Business Tracker, which measures the performance of the industry, they have slowed since Easter. What’s more, the 2% growth in April is likely to have been driven by rising menu prices, masking some of the early signs of consumers cutting back.

Some of the change may be due to the unwinding of pandemic habits and Brits going back to their pre-lockdown preferences. In April 2021, for example, they were willing to freeze in beer gardens just to enjoy a pint in a pub. The end of Covid restrictions perhaps made that less of a priority in 2022. Similarly, online sales are cooling as shoppers return to shopping centers and high streets once more.

Big-ticket items were hit hardest by the slowdown in April, according to the BRC and KPMG. Many Brits refreshed their homes when they were spending much of their time there. Now, furniture sales are suffering. In addition, the sector is seeing price rises, because items are generally bulky and expensive to ship in containers. Made.com Group Plc, the online home-furnishings retailer, warned on profits on Monday after volatile trading, and estimated that the digital furniture market as a whole was down by 30% to 40% so far this year.

Data from Barclaycard showed that consumer credit and debit-card spending rose 18.1% in April, compared with the corresponding period in 2019, marking the highest uplift since October 2021. However, this was largely driven by holiday bookings. International travel had its best month since before the outbreak of Covid-19. In contrast, spending on some other categories, such as nights out, takeaways and subscriptions all had smaller boosts than in March.

That holiday spending may also be helping fashion: Many consumers haven’t bought a new bikini or pair of strappy sandals for several years. But it is likely to be sucking money away from many other areas of the economy.

Even if the true health of the British consumer is being obscured by post-pandemic shifts, what is clear is that the country’s economic backdrop is set to get worse.

While household energy bills rose for many in April, the true effect won’t be felt until the autumn, when the heating goes on. At the same time, savings may be depleted by travel, and there’s also the potential for further interest rate rises and any uptick in unemployment if inflation cools the red-hot labor market.

Fashion retailers usually bemoan a warm autumn because it means less demand for expensive coats, sweaters and boots. This year, if Brits can keep their heating off for longer, unseasonal temperatures might be a blessing.

• Boris Johnson Is Focused on the Wrong Problem in Northern Ireland: Therese Raphael

• Why I’m Bullish on Britain, and Betting on Its Future: Michael R. Bloomberg

Andrea Felsted is a Bloomberg Opinion columnist covering consumer goods and the retail industry. Previously, she was a reporter for the Financial Times. 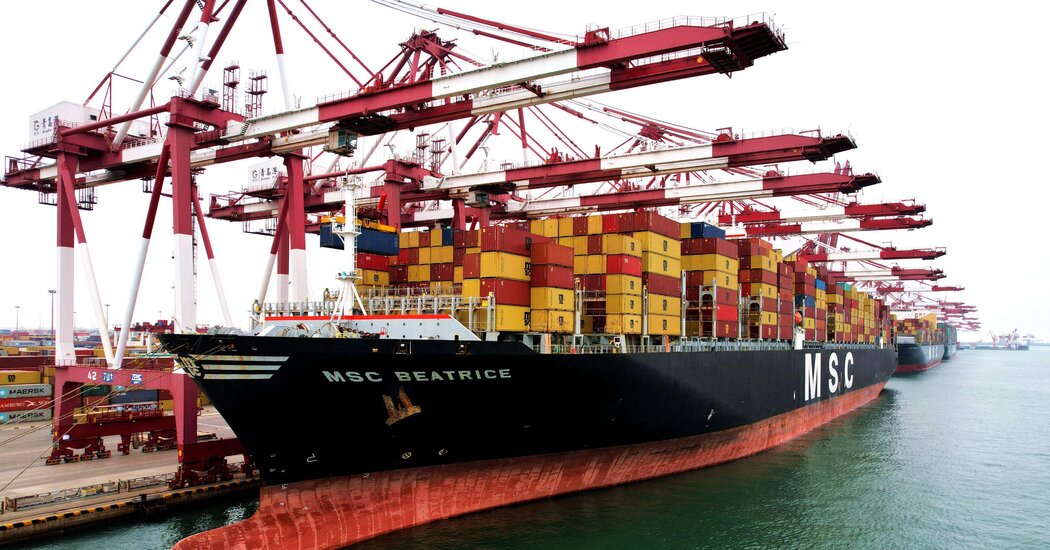