You might not think it by watching their weekly jousting session in the House of Commons, but Prime Minister Rishi Sunak and Labour leader Keir Starmer agree on an awful lot. Each made their pitch to British businesses this week, and the similarities were far easier to spot than the differences.

Like Sunak, Starmer advocates controlled immigration, investment in infrastructure, incentives for innovation and policies for a better-skilled workforce. Despite media talk of a more permissive “Swiss-style” trade arrangement with the European Union, Starmer made no attempt to relitigate Brexit (Sunak also dismissed the idea). So far, not a cigarette paper between the two.

In some ways, this marks a new economic consensus in British politics. Harking back to the era of Tony Blair, Starmer positioned his party squarely in the political center. “My Labour government will care — must care — as much about raising productivity everywhere as we have done in the past about redistribution,” Starmer told the Confederation of British Industry’s annual gathering.

And yet none of that answers the central question being posed by UK Plc and struggling small- and medium-sized businesses: What’s the growth strategy? Having ruled out ambitious plans, the answer from both sides of the political divide in Britain seems to be a form of Bidenomics.

As the economist Barry Eichengreen described it in 2021, Bidenomics essentially prescribes an expanded role for the state in a country that has long been suspicious of state-based solutions but needs more of that to maintain its competitiveness and address long-standing racial inequities. Its delivery mechanisms are primarily investment in infrastructure, improving America’s threadbare welfare safety net, protecting the environment and increasing taxes on the wealthiest.

That sounds appealing to British ears. But the starting point is very different in the UK, where households are seeing the largest collapse in living standards since records began in 1956. It’s forecast to be the slowest growing among advanced economies (bar Russia’s), has the highest inflation in the G7 and chronically low levels of labor productivity.

Both Sunak and Starmer accept that the central fact of economic life is a large and growing state: Taxes are at their highest levels since World War II and the public sector is on track to consume over 43% of GDP. As my colleague Martin Ivens wrote recently, if Labour is elected at the next general election (which could be held as late as January 2025), Starmer would likely face empty coffers and the spending cuts that Sunak put in place with delayed effect.

In his CBI speech, Starmer cited Janet Yellen’s theory of “modern supply-side economics.” Speaking to the World Economic Forum at Davos in January, Yellen declared that significant tax cuts on capital and deregulation that marked out the traditional supply-side orthodoxy haven’t delivered the promised growth. Her “new” version seeks to increase labor supply and unleash supply-side forces by making improvements to infrastructure, education and R&D spending. Critics see it as rebranded Keynesianism, but you can see the appeal in a country where there is little room on the tax side of things and where the public demands a high level of taxpayer funded services.

Indeed, Sunak and Starmer could both be seen as modern supply-siders by Yellen’s standards. Both are at pains to show that they can master the detail of delivery, a weakness of the Conservatives in recent years and an area where the public have not trusted Labour in a while. With the Tories having abandoned the tax-cutting agenda of Liz Truss — in what I would argue is an overcompensation for her errors — the competition between the two has turned to how the state can work smarter to turbocharge growth.

The Tory struggle here is a 12-year record in office that is hard to defend, though Sunak personally polls well for competence. But while Sunak may have worked at Goldman Sachs Group Inc., Starmer has brought on former Goldman Sachs chief economist Jim O’Neill — a Treasury minister in two Conservative governments and now a cross-bench peer in the House of Lords — to advise on how to improve business conditions.

It’s notable that both Sunak and Starmer operate under two political constraints that limit their flexibility on delivering growth policies. The first is Brexit. The costs of leaving the EU — in lost growth and productivity, increased trade friction, diminished scientific collaborations and lower investor confidence — are apparent to all but the most deluded Brexit supporters. The conversation about eventually renegotiating the terms of UK-EU trade will not go anywhere so soon after Brexit, but nor will it go away. The latest YouGov poll showed a clear majority — 56% to 32% — think the UK was wrong to leave the EU. One in five of those who voted for Brexit now think it was the wrong decision and a further 11% don’t know.

The other major constraint is the National Health Service. The NHS is the single largest item of public spending — after pensions and welfare — and it will continue to consume ever more resources as the population ages and health care grows more expensive. Around Europe there are other models of universal health care that aren’t in perpetual crisis and deliver excellent services. But questioning the NHS’s fundamental model of a taxpayer-funded service that is free at the point of access so far remains a sacrilege in British politics, so even Conservative growth plans have to account for high and growing levels of health and social care spending.

Without a significant change to Britain’s approach to trade with its closest neighbor, immigration or the workings of its health-care system the field of solutions to Britain’s low-growth problem has narrowed and both leaders know it. “It’s not about the size of the state; it’s about what the state does, how it supports businesses to innovate and grow,” Starmer told the CBI. It also means delivering robust, sustainable growth will take more time and more consistent policy than the UK has had in a while, something investors will believe when they see it.

If the broad contours of economic policy for the medium term are settled, however, the only question for voters is who they trust more to deliver.

• Sunak Wins Over Markets. Voters Are Another Story: Martin Ivens

• Will Sunak Test the Love of Britain’s Top 1%?: Therese Raphael

• The Fall and Rise of Jeremy Hunt: Adrian Wooldridge

Therese Raphael is a columnist for Bloomberg Opinion covering health care and British politics. Previously, she was editorial page editor of the Wall Street Journal Europe. 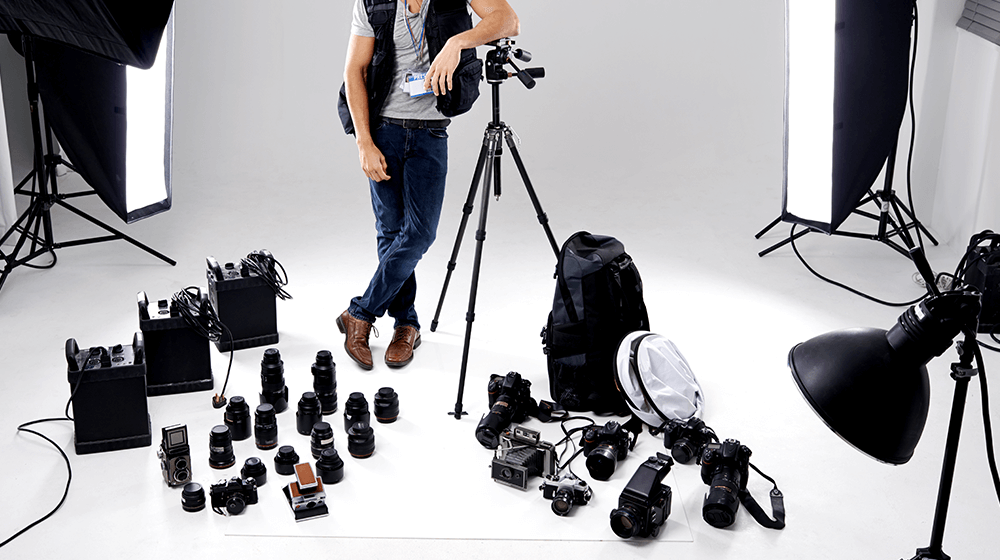 5 Places to Get Photography Supplies for Your Business Almost everyone expects a recession. Could the economy avoid one?