Pilots talk as they look at the tail of an American Airlines aircraft.

American Airlines CEO Robert Isom on Thursday said the carrier has offered its pilots pay raises totaling nearly 17% under a new contract, according to an internal video seen by CNBC.

The latest proposal to the pilots’ union, the Allied Pilots Association, comes less than a week after rival United Airlines and its pilots’ union reached a tentative agreement that includes more than 14% in total raises within 18 months.

United was the first major U.S. airline in the industry to get to that point in the pandemic, but it is far from a done deal. The union said Thursday it would pause information sessions to pilots, who have to ratify an agreement, so it can evaluate American’s new pitch.

Earlier this month, Isom said American would make a new offer to the carrier’s roughly 15,000 pilots once the details of United’s deal were released.

American’s latest proposal comes as the industry is struggling with a shortage of pilots, particularly at smaller regional airlines. At the same time, travel demand has soared, catching many airlines flat-footed, especially during peak travel periods.

Unions will also weigh the impact of sky-high inflation that hit 8.6% last month in their contract negotiations.

“United put forth industry leading pay, and we matched that for our team,” Isom said in the video message Thursday, referring to pilot pay rates. The difference in percentages is due to higher pay for United pilots.

Isom said American is proposing other pay increases for training and 50% premium on reassignment, including for reserve crews. There are other incentives such as retroactive pay if the agreement is ratified by Sept. 30, he said.

“Getting a deal done quickly will help strengthen our training program and ensure we can continue to grow,” he said.

Dennis Tajer, an American Airlines captain and spokesman for the union, said the APA is reviewing the proposal.

The APA’s relationship with American has been one of the most fraught in the industry. The union has repeatedly complained about fatigue from grueling schedules and other quality of life issues, such as schedule changes, issues it wanted addressed in the next contract.

American pilots have picketed to protest working conditions and a lack of progress in negotiations.

Pilots for Southwest Airlines, Alaska Airlines and Delta Air Lines have also picketed for similar reasons. Delta’s pilots most recently picketed at airports around the U.S. on Thursday, all three are in contract negotiations.

United’s pilots’ union, the Air Line Pilots Association, said it will hold a special meeting next week to evaluate the impact of American’s offer on its own tentative agreement, suspending town halls and other presentations.

“We will not rush to a decision and will work as a unified body to find the best course of action for the entire pilot group,” the union said in a statement late Thursday. 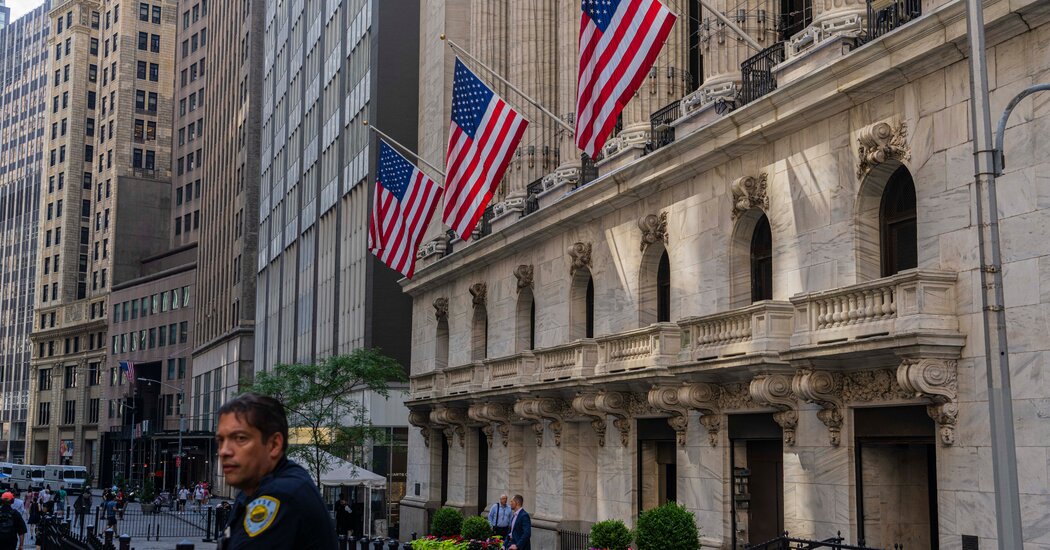 The Fed Is Cooling Down the Economy, but Stocks Are Hot. What Gives?

Chandrashekar LSP on How to Deal with Inflation