This was the pitch and it was one I found irresistible.

My name is Jacob Karp, I’m 27 years old and I was born and raised in Arizona. I’ve had a passion for cannabis my entire life and have pursued a career in the field before the medical program was established in the state of Arizona.

When Prop 203 passed in 2012, Arizona was granted its medical marijuana program in which I left the traditional market to find the first open state licensed dispensary. I began working there under the moniker Green Wilder, where we built the first state licensed concentrate laboratory. Here we found much success in being the first state licensed organization to offer raw distillate in the state of Arizona, that became well known as the product SAP. We were in turn the first to enter and win for the product at local cannabis competitions such as The Errl Cup.

After leaving that company, I traveled around the country a bit consulting privately for concentrate companies building their labs and training their staff. In my travels, I briefly worked with Make a Wish Foundation and the Mayo Clinic, where we helped families with terminally ill children receive their medical products and dosing recommendations.

Upon returning home to Arizona, I found another new company where I built their lab and operated as the lab manager. I kept innovating and continued to create quite a reputation statewide and nationally as Green Wilder. Continuing to innovate in the state of Arizona, we went on to be the first state licensed organization in Arizona to release Live Hash Rosin that also won the Errl Cup.

After building out several state labs and leading them to success, I decided to finally take the jump and recently left the company back in June. After years of hard work and dedication, I am proud to state I am now the CEO & Owner of a state licensed concentrate company where we focus on creating concentrated products with no chemicals, just water. My new company, appropriately called The Inventing Room, will be entirely family owned and operated with no corporate investors. Our focus will be on having a transparent company who keeps innovating and creating more “firsts”. Our products will proudly be presented in environmentally friendly packaging and will be on dispensary shelves from Mesa to Prescott as early as October 2020.

I believe the Arizona market is a great one with great stories like this to highlight. I appreciate your time greatly.

Warren Bobrow=WB: Please tell me about your path to the plant. What was your inspiration for what you do today? What is your company named? Why?

Jacob Karp=JK: My name is Jacob Karp, better known as Green Wilder on social media. I discovered my passion for cannabis in my early teens, which often led to me being labeled a misfit. Yet I wasn’t deterred, in fact inspired to learn more about a plant that was helping and connecting people all around the world. This was before cannabis was “socially acceptable” let alone an essential business. Arizona did not yet have a medical marijuana program at that point in which the traditional black market was thriving. I found myself making friends with a lot of local growers and caregivers, who then quickly introduced me to cultivation and high quality cultivars. Immediately, I was overwhelmed with fascination by the medical benefits of cannabis and the underground stories of how much it was helping people globally. I began advocating for the medicinal properties of cannabis on the state level, then very quickly began to plunge into the world of extractions in order to further explore the makeup of the plant. The umbrella of extractions expanded my passion for cannabis further than I could of ever imagined in my wildest dreams. Learning about and researching the plants profile of cannabinoids gave me a deeper understanding about the traits that have connected people to this herb for thousands of years.

After several years of self-taught training, I left the backyard setting and began to work for the first state licensed dispensary in Arizona, AZO. This was where I designed and built the first state licensed concentrate manufacturing laboratory in Arizona and operated as the manager of that lab for the following 3 years. Our initial focus was hydrocarbon extractions, which later progressed into ethanol extractions and cannabinoid isolations. After much research and development, we were the first state licensed operation in the state of Arizona to release the product raw distillate on dispensary shelves. This product went on to win two, first place trophies at a cannabis competition, The Errl Cup. After leaving AZO, I started privately consulting in extraction equipment, built labs, and trained staff with my S.O.P’s all over the country. I’ve also had the great pleasure of being able to network with some of the most well-known industry professionals. In my travels as a consultant, I briefly worked with Make a Wish Foundation, and the Mayo Clinic, in order to help families with terminally ill children receive non-psychoactive medication extracted from medical marijuana in our lab as well as the associated dosing recommendations for that medication.

Once I settled back down consulting at home, I met a group who was in the midst of creating a new brand in Arizona, GS. Once GS was up and running, we found success being the first state licensed operation in Arizona to release Full-Melt Hash, and Live Hash Rosin in which we took home the first-place trophy at The Errl Cup for the Solvent Free Concentrates category. After a couple years of innovation and product development, I helped in creating a new demographic of solvent free connoisseurs amongst the Arizona market. This increased the popularity and demand for chemical free concentrate products on dispensary shelves. At that point, I decided to go under the moniker Green Wilder in direct homage to my love for Willy Wonka. I actually have a Gene Wilder Willy Wonka portrait tattoo on my arm.

After leaving the company, it was finally my time to capture a dream I have had since my entry into the industry. I decided to take the leap, blaze my own trail and to make my own concentrate company; at that very moment, The Inventing Room was born. My company name, The Inventing Room stems from that love of Gene Wilder as well. The Inventing Room is the most important room in Willy Wonka’s Chocolate Factory and it is where his most important inventions are made. The name is a promise to our industry, that like Willy Wonka, we will always stay imaginative and blaze our own trail and to keep translating pure passion and love into every product we release. After almost 4 months of hard work and rigorous dedication, The Inventing Room is now officially state licensed and Prop 203 Compliant and will have products on dispensary shelves by October of this year, 2020.

WB: How old were you when you discovered the plant? Do you remember where you were? Listening to what kind of music? Do you have a mentor? Who?

JK: I was in my early teens, hiding in an empty, dark recession pond next to a condominium complex with a group of my friends when I discovered the plant. Sitting on a skateboard with a boombox in the middle of the circle quietly playing 90’s Pop Punk and Ska bands like Offspring, Blink-182, Sublime, and Authority Zero. I will never forget, after my first rotation of the joint my friend asked me, “did you inhale?” In which i replied “what’s inhaling”? Let’s just say I felt like Smalls when he didn’t know who Babe Ruth was. After I got it right, I immediately developed a boundless passion for what I knew to be something special. I was instantaneously attracted to the camaraderie amongst strangers when cannabis was involved. There is an unspoken etiquette within the cannabis culture that organically blossoms at every event and session I have ever taken part in. To experience that feeling of the cannabis culture so quickly into my cannabis experience really inspired me. Even the unplanned smoke outs with someone you just met creates a bond that only cannabis can, and to see how it brings people together continues to inspire me to this day. My mentor/sensei is my father, he has supported me in this journey from the beginning and continues to do so. I am a big family man and family means the world to me. I am so incredibly grateful to have my father as my mentor, and also one of my closest and best of friends.

WB: What are your six and twelve-month goals? What obstacles do you face?

JK: My six-month and twelve-month goals are entirely company focused. Finding a like minded group that shares our vision was the most important task for The Inventing Room in order to acquire a state license. We were lucky enough to find that and much more with a Dispensary in Arizona (Also located in Maryland, and Michigan) called Nirvana Center. They have been a proud, and successful family owned and operated dispensary thriving in Arizona for over five years and we are so happy to be working with them. We will be having our product launch and many additional drops in the future at their dispensaries’ locations as they will be our home store. First and foremost, my initial goal is to be able to provide high quality, affordable solvent free products for the patients of Arizona’s Medical Marijuana Program. My six-month goals include raising the standard for quality on solvent free products in Arizona while lowering the average price as well. No one will be more of an importance in accomplishing our goals than The Inventing Room’s first employee, the Lab Manager Michael Otey. Michael has been my right-hand man for several years. His knowledge and experience will take our team to new heights.  Other six-month goals include exponential laboratory growth and having The Inventing Rooms’ products offered in as many dispensaries across Arizona as possible. Our twelve-month goals include getting ready for the possibility of Arizona establishing recreational marijuana and to branch the company out to other states.

JK: Those who know me will tell you I’m not the biggest foodie but my favorite food memory from my childhood involves seafood. Seafood is one of my favorite types of food and I love to have options. So, one time my family went to a seafood restaurant and ordered everything on the menu and I will always remember them just bringing out plate after plate and trying everything one after another and it was a truly memorable experience I will never forget. My family and I still talk about it to this day.

WB: What is your passion?

JK: My passion is to make Hash. Solvent free products are the cleanest representation of unadulterated cannabis concentrate available. We are dedicated to raising the quality in the state of Arizona and to be able to provide access to this beautiful product. Translating the hard work of the grower and the team and making sure that hard work is expressed within the dry resin is what isolating glandular trichome heads means to me. Making hash, for me, is an extension of another craft. Without growers, there would be no hash makers and that relationship is very important to our craft. Helping people is my biggest inspiration and I have seen cannabis do absolutely miraculously amazing things for people medically and mentally. I have made it my life’s mission to research and study this glorious plant, its terpene ratios, cannabinoid profiles, and to educate people with the same passion and enthusiasm. I plan to utilize this life passion and spread my love through The Inventing Rooms products, because “we are the music makers, we are the dreamers of dreams.” 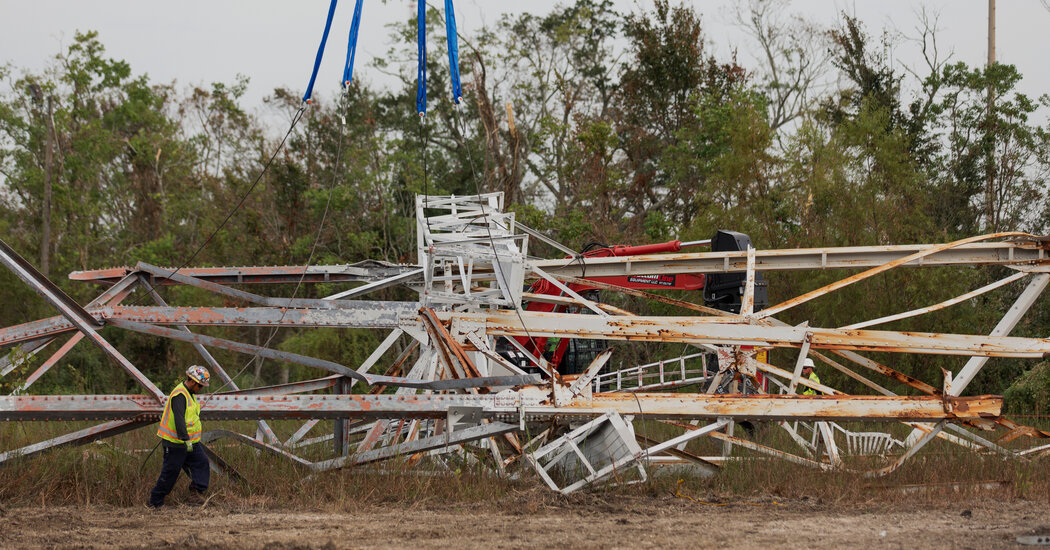 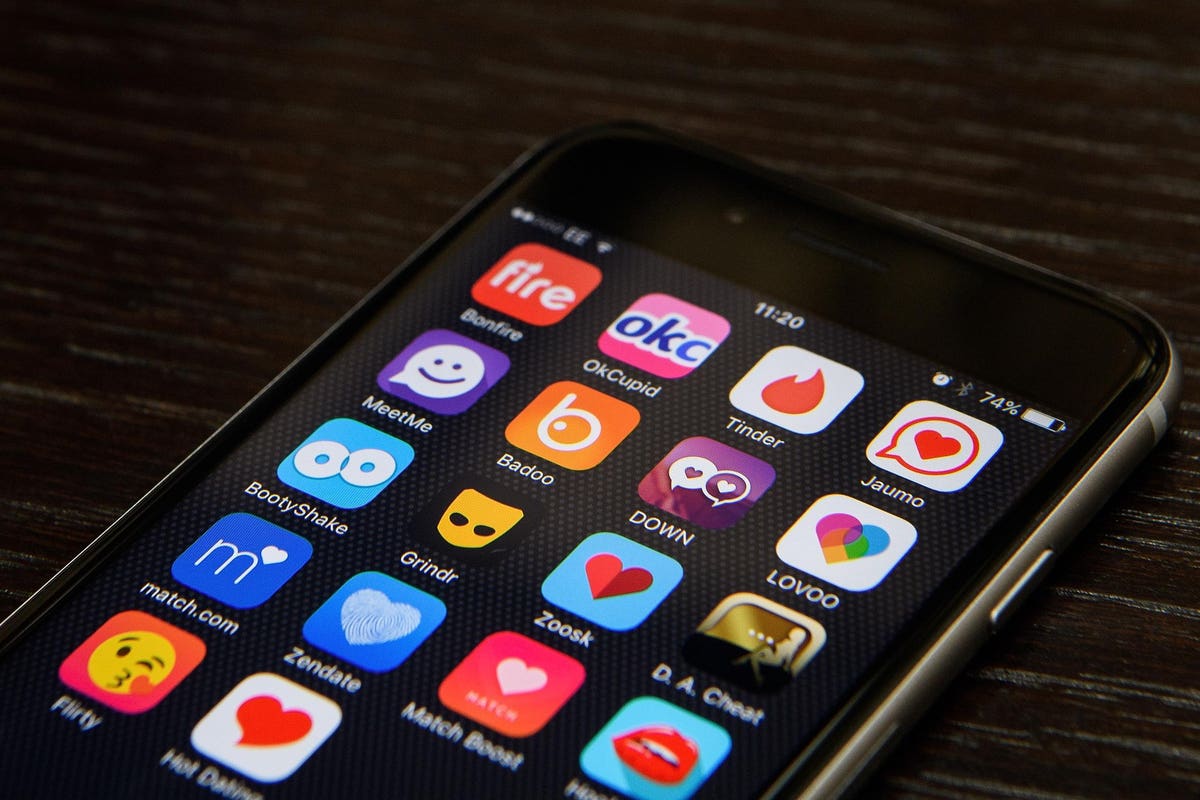 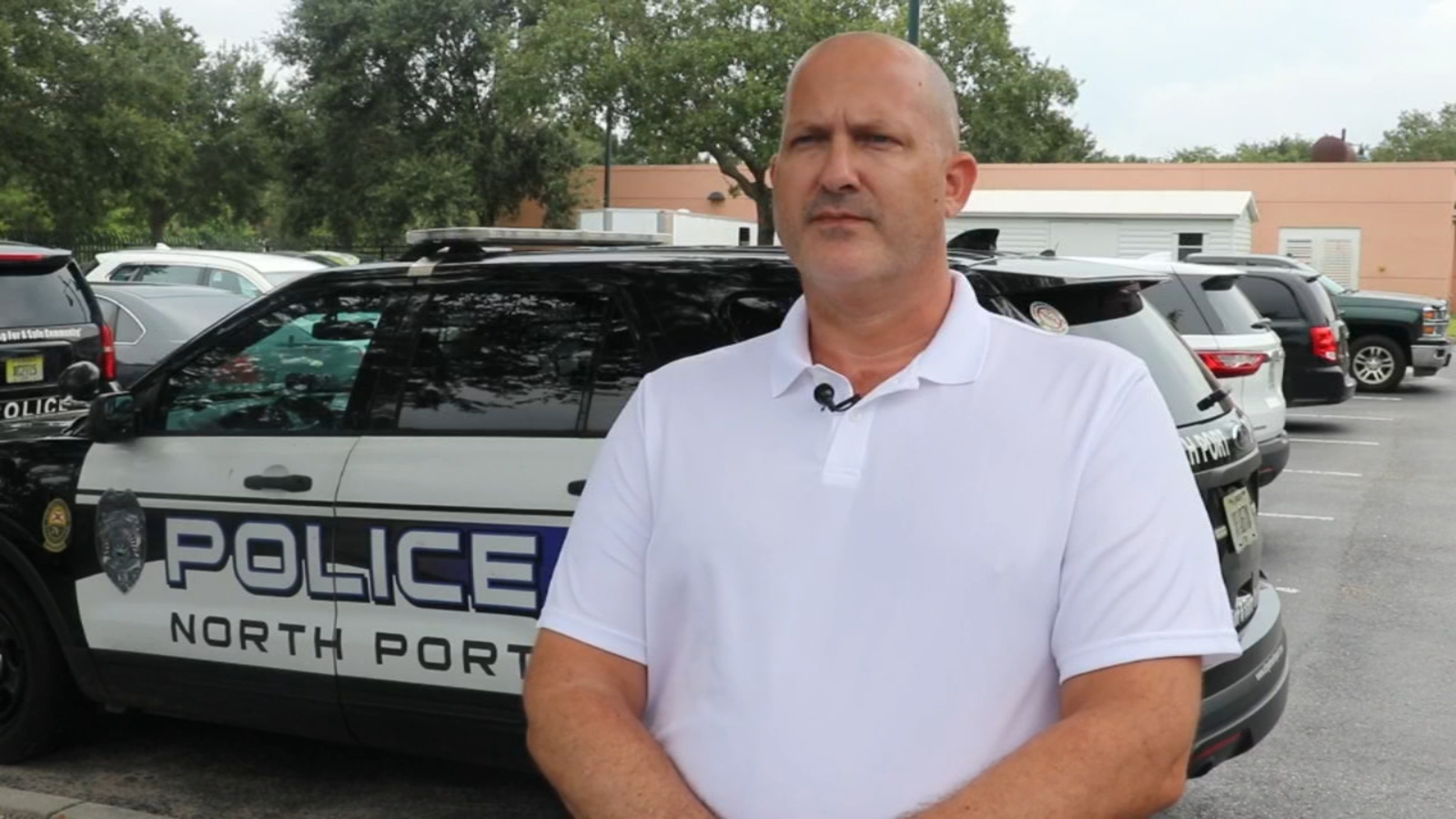 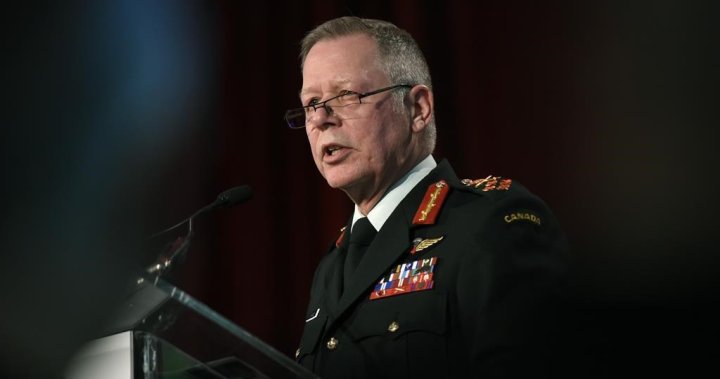 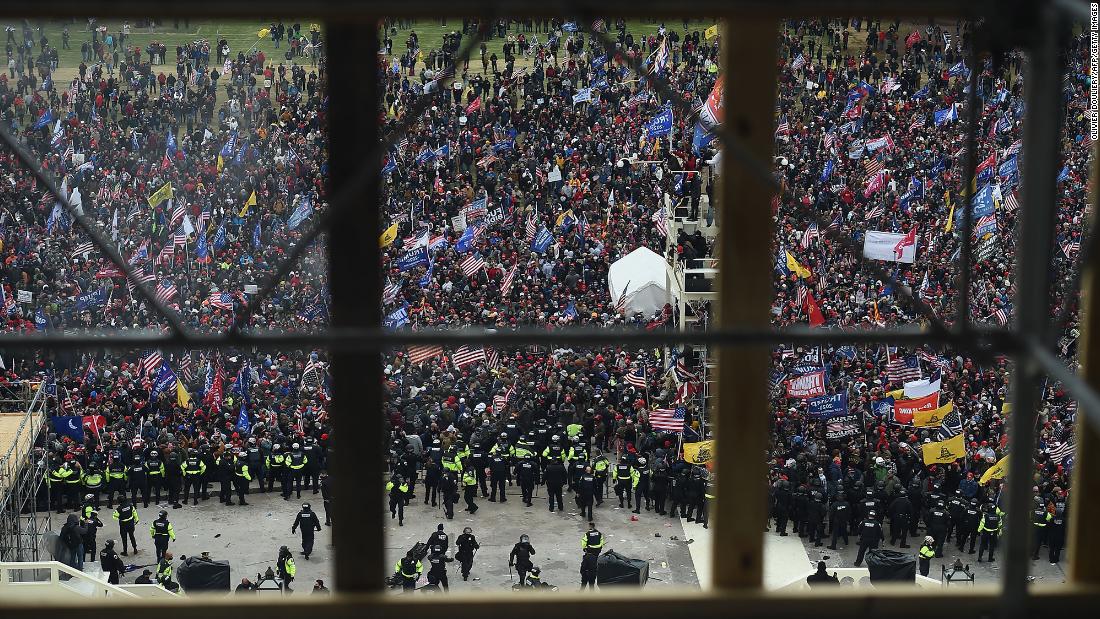