NEW YORK (AP) — A printing company in Maryland saw the photo on Twitter Wednesday night: an employee roaming the halls of the U.S. Capitol with a company badge around his neck. He was fired the next day.

Others are facing similar repercussions at work for their participation in Wednesday’s riot at the U.S. Capitol. Some business owners are being trashed on social media and their establishments are being boycotted, while rank-and-file employees at other businesses have been fired.

The printing company, Navistar Direct Marketing, declined to name the worker but said it can’t offer employment to people “demonstrating dangerous conduct that endangers the health and safety of others.”

More than 90 people have been arrested since Wednesday when loyalists to outgoing President Donald Trump disrupted lawmakers as they met to confirm the Electoral College results and President-elect Joe Biden’s victory. People on social media have been trying to identify rioters photographed or filmed at the Capitol Wednesday, pressuring companies that employ them to fire them.

At a data analytics firm in suburban Chicago, the employee in question was the top boss. Cogensia placed CEO Bradley Rukstales on a leave of absence for participating in the riot and said his views don’t represent the views of the company. Rukstales, who was arrested for unlawful entry, told a local CBS news channel that he had entered the Capitol and apologized for his role in the events. Calls and emails to Rukstales weren’t returned.

A Cleveland school occupational therapist resigned from the district after her alleged involvement in the riot. A spokeswoman for a fire department near Orlando, Florida said one of its firefighters was being investigated for his participation. Sanford Fire Department firefighter Andy Williams has been placed on paid administrative leave pending the outcome, said spokeswoman Bianca Gillett.

Most private employers can fire workers for attending protests, since First Amendment rights only prohibit people from being punished by the government for their speech, not by a private employer, said Susan Kline, an Indianapolis-based labor and employment attorney at law firm Faegre Drinker.

There are some exceptions. Those who work for the government may be more legally protected, and so too are many unionized workers, who typically have a contract listing the reasons for which they could be fired. And some states may have laws that protect workers’ free speech.

But “what people did at the Capitol Wednesday was rioting, not protesting,” said Aaron Holt, a labor and employment attorney with law firm Cozen O’Connor. “When someone violates the law, that’s almost never going to be protected, and a private employer is going to be within their rights to discipline or take some kind of action in response to that that might go against their fundamental core values.”

Small businesses are also facing backlash on online review sites such as Yelp, which flagged at least 20 businesses for unusual review activity related to Wednesday’s rioting.

One business, Becky’s Flowers in Midland, Texas, is owned by Jenny Cudd, a former mayoral candidate who posted a video on Facebook bragging that she had broken into House Speaker Nancy Pelosi’s office. By Friday, Cudd’s flower shop was flooded with dozens of one-star reviews in which she was called a traitor and domestic terrorist, along with photos of her inside the Capitol. Reached by text message, Cudd said she was not available to speak Friday.

Yelp has flagged businesses for unusual review activity following less egregious but still controversial events. Reviewers raged on on the Yelp page of Virginia restaurant The Red Hen after it booted former White House press secretary Sarah Sanders from its establishment a few years ago. And commenters from the left and right bombarded Big Apple Pizza’s Yelp page with political beliefs after former President Barack Obama was enthusiastically hugged by a customer there.

Social media has outed people for their involvement in activities outside of the workplace, landing them in trouble with their employers. In 2017 after a white supremacist rally in Charlottesville, Virginia, many posted photos on social media of those who participated, leading in some cases to their firing.

In Louisiana, customers said they would boycott supermarket chain Rouses Market after retired owner Donald Rouse was shown in a photo at Wednesday’s riot. Rouse said in an email statement that he attended the rally as a supporter of the president but left before the violence began.

“I’m horrified by the violence and destruction we saw yesterday and the pain it has caused so many,” Rouse said. “Our country desperately needs to come together to heal, and I will do everything I can to be a part of that process.”

The Krew of Red Beans, a group which organizes parades, posted on Instagram that it would return $20,000 in donations it received from the market. 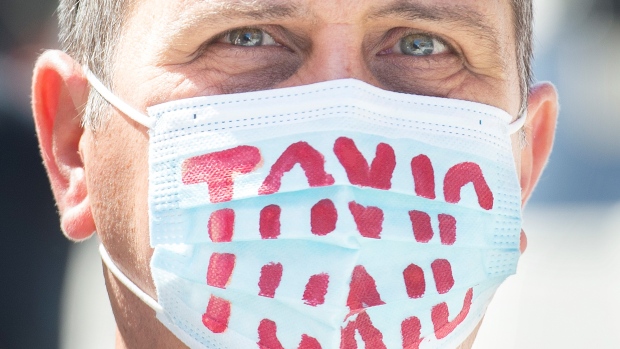 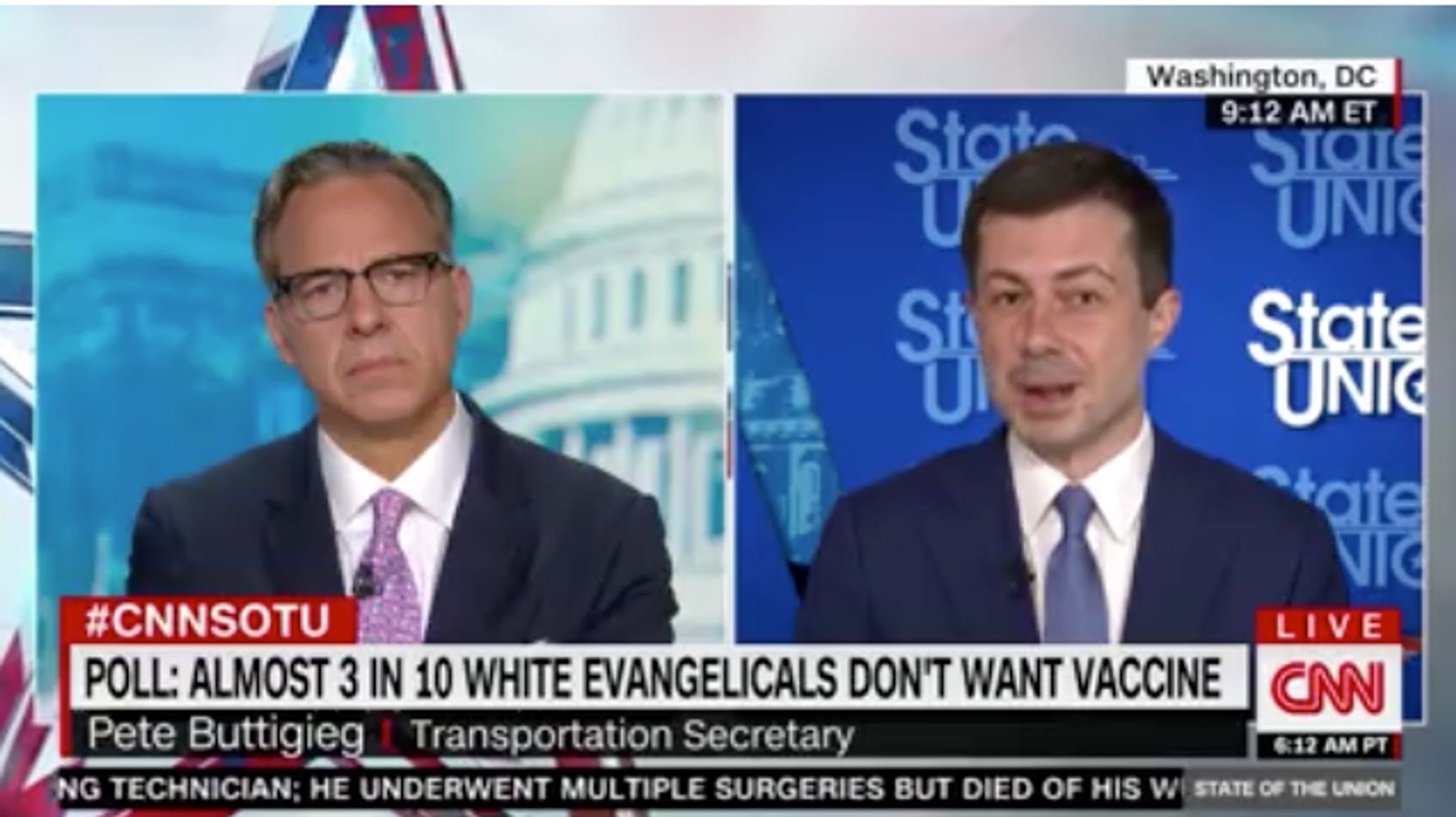 Pete Buttigieg To Reluctant Evangelicals: ‘Maybe A Vaccine Is Part Of God’s Plan’
2 mins ago

Pete Buttigieg To Reluctant Evangelicals: ‘Maybe A Vaccine Is Part Of God’s Plan’ 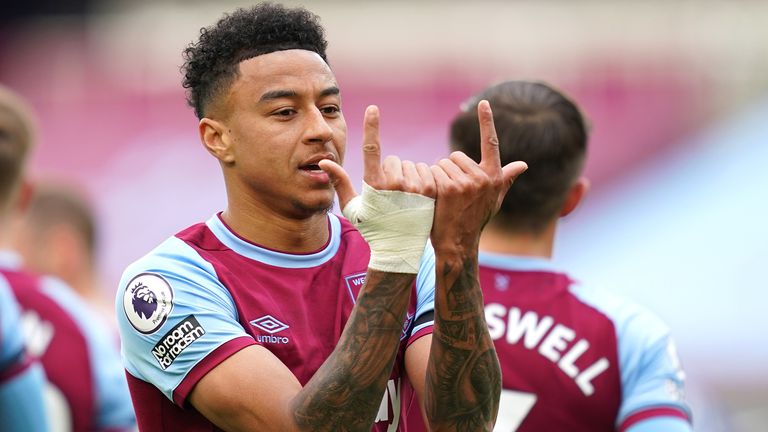 West Ham 3-2 Leicester City: Jesse Lingard double moves Hammers back up to fourth in the Premier League
8 mins ago 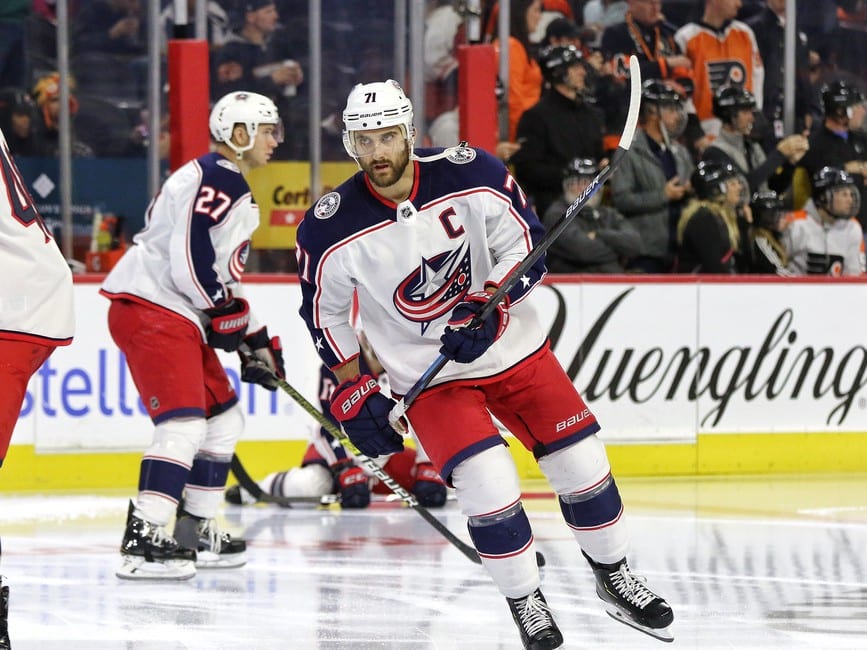 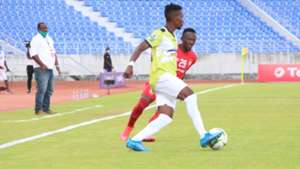