Netflix unveiled its first comprehensive study of diversity and inclusion in its film and series programming, from Dr. Stacy Smith and the USC Annenberg Inclusion Initiative research team.

More than 50% of Netflix films and TV series feature women in starring roles, meaning the streaming service has reached gender parity for onscreen representation, according to the first comprehensive study on diversity and inclusion in its film and series programming.

The study analyzed the makeup of Netflix’s on-screen talent (based on gender, race/ethnicity, LGBTQ+ or disability identity) and storylines, as well as its creators, producers, writers and directors, for 126 films and 180 series released during 2018-2019, comparing Netflix’s representation to that shown in the year’s 100 top-grossing films or episodic content. The data was also compared the U.S. Census information to determine the content’s proportional representation to the makeup of the population in 2018-2019. The study also explored the intersection of gender and underrepresented status across these inclusion indicators.

The number of female-led projects at Netflix (52% of its content) surpasses the industry as a whole. To compare, among the top-grossing films of the year, only 41% featured women in lead or co-lead roles.

However, while the number of women of color who directed a Netflix film was nearly triple that of the top 100 films (6.2% versus 2.2%), the figure was flipped on the series front (with Netflix employing women of color to direct 5.9% of the shows, versus a 7.1% figure industry-wide). But still, the findings revealed that opportunities for women of color were lacking in comparison to their white male counterparts (66.2%).

“There’s something else that’s important about this study — it’s historic,” Smith’s study notes. “At the Annenberg Inclusion Initiative, we’re not aware of any other company taking a leadership role and making their findings as transparent and rolling out those results to all the communities that either work on Netflix films and series, or consume them as audiences. And given the size and scope of Netflix content, particularly as it relates to its entertainment industry peers, the results show one thing very clear — Netflix is committed to inclusion across its content portfolio. And we’re excited to see what the results might yield in years to come.”

In a blog post released with the study, Netflix co-CEO and chief content officer Ted Sarandos also announced that the streamer has created a $100 million fund for creative equity, investing over the next five years in “a combination of external organizations with a strong track record of setting underrepresented communities up for success in the TV and film industries, as well as bespoke Netflix programs that will help us to identify, train and provide job placement for up-and-coming talent globally.”

“We believe these efforts will help accelerate the change that Dr. Smith has so long advocated for – creating a lasting legacy of inclusion in entertainment,” Sarandos wrote. “We are still in the early stages of a major change in storytelling – where great stories can truly come from anywhere, be created by anyone, whatever their background, and be loved everywhere. And by better understanding how we are doing, we hope to stimulate change not just at Netflix but across our industry more broadly.”

Dr. Smith says she and her team of social scientists were approached by Netflix in 2019, with the streamer looking to take stock of how their efforts to create representative content were paying off and to see where they needed to improve. The research focused only on live-action scripted U.S. original films and series, not the studio’s non-fiction or unscripted films and series, animated content, international productions or acquisitions.

“The findings from this study show where Netflix has made substantial improvements for women on screen and behind the camera, for Black cast and crew and for women of color in leading roles,” Smith said in a video presentation laying out the research. “These are important gains. Notably, across 19 of 22 indicators we included in this study, Netflix demonstrated improvement across film and series from 2018 to 2019.”

Some of the areas where the studio is lacking, however, include LGBTQ+ representation and that of characters with disabilities, as well as Latinx/Hispanic communities.

“Our analysis, not just of Hispanic Latinos, but specifically of Latinx characters and content creators, and Afro Latinos — there is a large base of Latinx audience members that no one can tell me they don’t want to see themselves reflected in storytelling. 40 years of empirical research show how strong in group tendencies and in group biases are,” Smith says. “If you look at the top 20 cities in the United States, the vast proportion of Latinos living in those communities, the audience is there. What hasn’t happened is the gatekeepers making sure access an opportunity is equal and doing everything possible to bring these stories to life.”

During the conversation, the Netflix team shared their perspective on why the study was conducted, what the research showed about the diversity of the streamer’s produced content behind the camera and onscreen, and revealed which findings surprised them most.

“I was surprised about the LGBTQ+ [representation],” Bejaria said. While 12% of the U.S. population identifies as LGBTQ+, only 2.3% of Netflix stories had LGBTQ+ leads or co-leads. Of the 17 characters represented, the study says most of these characters were bisexual and none were transgender; more than half were female-identified, 29.4% were underrepresented and just three were women of color. Only two were depicted as parents.

“I feel like we’re so active in storylines, and always have been with big, impactful roles. I think what this study doesn’t show is the prominence or impact of that storyline and that role. Because there’s the amount of people, but I think we’ve been very forward with big huge roles, with big impact and prominent storylines. But I was still shocked that we were not doing great there,” Bejaria continued. “And the detail of it, [especially] the lack of gay parents, because that’s not what the world looks like, is something that to me was a very clear takeaway.”

The panel also discussed the importance of visibility in media and the power Netflix content has to bring a diverse array of voices to a global platform.

“Part of young boys and girls seeing themselves, seeing who they are in those roles and making sure that we don’t have ‘Black Panther’ once a decade, that we have films where young people of color, young women can see themselves as heroes in active roles,” Stuber agreed. “We just had a film recently ‘Jingle Jangle,’ and the outpouring from the Black community, having a holiday film that represented them and their families, was an incredible thing for our filmmaker and for our company. And I think we have to continue to think in those terms. We have to continue to push those narratives and we have to continue to support those voices so that everyone, particularly on a global platform, can see themselves represented.”

Bejaria added: “I think for me, personally an immigrant to the US, an Indian woman of color growing up, I never saw myself right represented. I never saw anybody on TV or film who looked like me. And so I really take it very personally when we talk about the invisible part of women of color, and what that means, because I know what that feels like.”

“If you look at something like ‘Bridgerton,’ to take on Regency era that has been told one way all the time, and to see Shonda [Rhimes], who is just so brilliant at doing that — just being that inclusive, talking about sort of race in that way,” she continued. “That’s massive impact that people saw themselves and saw even an era of history told it a different way. It’s very rewarding to be able to do it, but a great responsibility that we’re very committed to.”

The USC Annenberg team is set to complete the study every two years, from now through 2026 and Smith is hopeful that Netflix’s efforts to show both their successes and their shortcomings will inspire other streamers, studios and industry players to follow suit.

“Most companies in general, pick a sector any sector, there’s fear. If we’re transparent, we’re going to be condemned for our failures. We’re going to you know get hit on social media. I think what Netflix is doing is really saying, ‘We’ve done an internal audit, we’re making that available, and we need to be intentional about moving forward,’” Smith says.

“And if that is the one major conclusion, and, since most folks, are following what Netflix is doing – great! Work with quantitative folks like us, the folks at UCLA or at Columbia or NYU to do that audit, so that consumers can understand where they’re being celebrated and where they’re being shortchanged and hold those companies accountable publicly.”

Speaking of Netflix’s results and what she expects to see over the next years of the partnership, Smith says, “Where they have the ability to be actionable, we’re seeing traction, and it shouldn’t be surprising listening to Bela and Scott. They don’t sound like what we’ve typically heard in the past, from Hollywood, so that too is exciting because you have people in that gatekeeping position that know the audience and want to see and hear good stories, and that reflects all of humanity, not just a narrow portion of humanity.”

Click here to read the executive summary describing inclusion in Netflix’s original U.S. scripted films and series, or here for the full report. 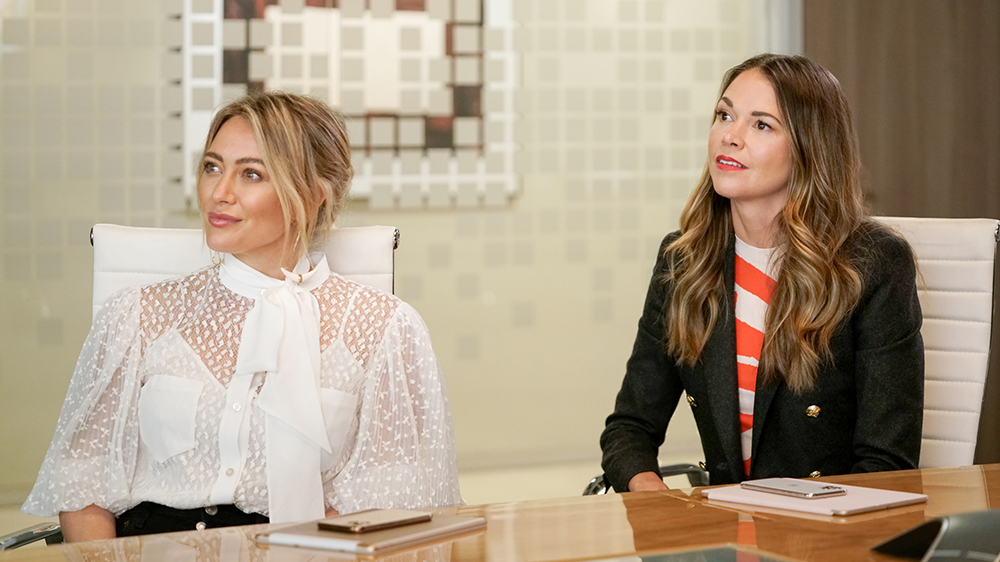 ‘Younger’ Team Teases the Most ‘Mature’ and ‘Unexpected’ Season Yet

Challenge Final: Can Kaycee Convince Fessy To Keep Fighting For The Win?
2 mins ago

Challenge Final: Can Kaycee Convince Fessy To Keep Fighting For The Win? Covid concerns cause mortgage rates to retreat
3 mins ago 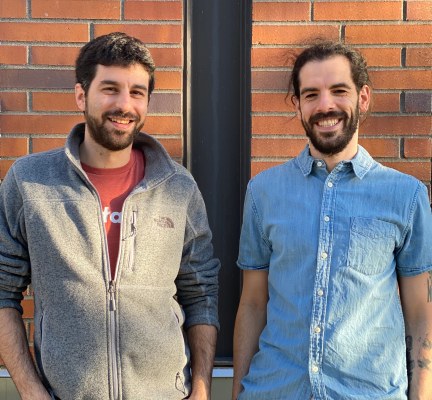