WASHINGTON (AP) — As President Donald Trump’s term comes to a close, his unconventional approach to the office lingers over the usually carefully choreographed transfer of power. Here are six questions for his final six days in office.

WILL HE SPEAK WITH BIDEN?

Trump has announced he will be the first incumbent president in more than a century to skip his successor’s swearing-in, but he could still take steps to avoid giving his successor the cold shoulder. Trump did not make a concession phone call or invite Biden to the White House after his victory. In fact, he has not spoken to Biden since their contentious final debate in October. But last week the White House invited Biden to spend the night of Jan. 19 at Blair House.

Officials do not expect Trump to invite Biden to the White House for the traditional pre-inauguration tea on Wednesday, but they said it is still a remote possibility. They also wondered what — if anything — Trump would write to his successor in the customary note left in the Oval Office for the next occupant.

WHEN WILL HE LEAVE TOWN?

The swearing-in ceremony traditionally concludes with the ex-president’s departure from the grounds of the Capitol and a flight on one of the planes that serve as Air Force One to anywhere in the country. With Trump skipping the event, White House officials say Trump has not decided yet how and when he will leave the White House for his residence in Palm Beach, Florida. Options under consideration include leaving Washington on Tuesday, when Biden is scheduled to arrive in the capital, or even on the morning of the inauguration, potentially minutes before Biden is sworn in.

In late December, the president pardoned a host of former aides and associates, including former national security adviser Michael Flynn, former campaign chairman Paul Manafort and the father of Trump’s son-in-law Jared Kushner. Trump is considering a final round of pardons and clemencies that may be even closer to home. As Trump continues to face legal challenges, the prospect that he may try to pardon himself, other family members or senior aides remains the subject of internal White House discussion.

WILL HE TRY TO BURNISH HIS LEGACY?

Presidents, before leaving office, typically host an array of events meant to highlight their accomplishments, as they seek to make their case for the history books. With the exception of a Tuesday trip to view the U.S.-Mexico border wall, Trump has eschewed opportunities to try to make one final sales pitch for his administration’s actions. Aides say Trump is not currently planning to deliver a farewell address or to take questions from reporters for one final time, nor does he have any confirmed public events on his calendar.

HOW WILL HE HANDLE POTENTIAL ACTS OF VIOLENCE AROUND THE INAUGURATION?

The FBI has warned of the potential for armed protests in all 50 states and in Washington ahead of the inauguration. After being impeached for a second time Wednesday for fomenting last week’s Capitol insurrection, Trump has moved to disavow acts of violence by his supporters. With law enforcement and the National Guard on high alert in Washington and across the country, Trump’s messages in his final hours in office will come under intense scrutiny for any hint of encouraging demonstrations.

WHAT WILL HE DO NEXT?

Trump has yet to outline plans for his post-presidency, from establishing an office to selecting a site for a potential presidential library. Trump has held open the door to running for the White House again in 2024, but the Senate could shut it as soon as next week, when it begins Trump’s second impeachment trial. If convicted, Trump could be barred by the Senate from running for federal office again — and even stripped of his pension.

At least 2 dead after hours-long standoff
2 mins ago

At least 2 dead after hours-long standoff

These Celebs Are Giving Us Endless Date-Night Outfit Inspo 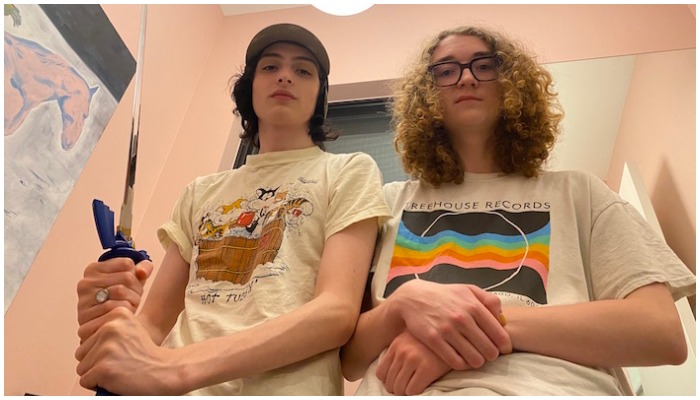 Finn Wolfhard Frankensteined the “No Offerings” music video together